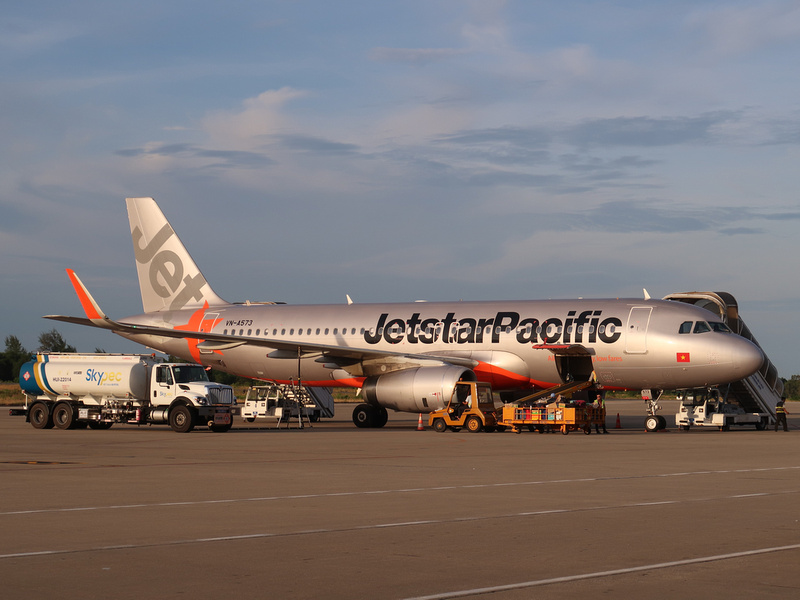 It occurred to me when I was doing a flight search that Hue Airport doesn’t have the HUE IATA airport code. HUE belongs to Humera Airport in Ethiopia, so Hue has HUI.

When comparing flights on sites like Skyscanner they only show the ticket price without add-ons like luggage. 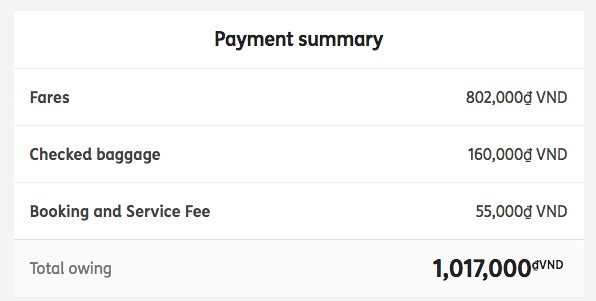 Checking in at Tan Son Nhat is an easy process as Jetstar has plenty of check-in kiosks. 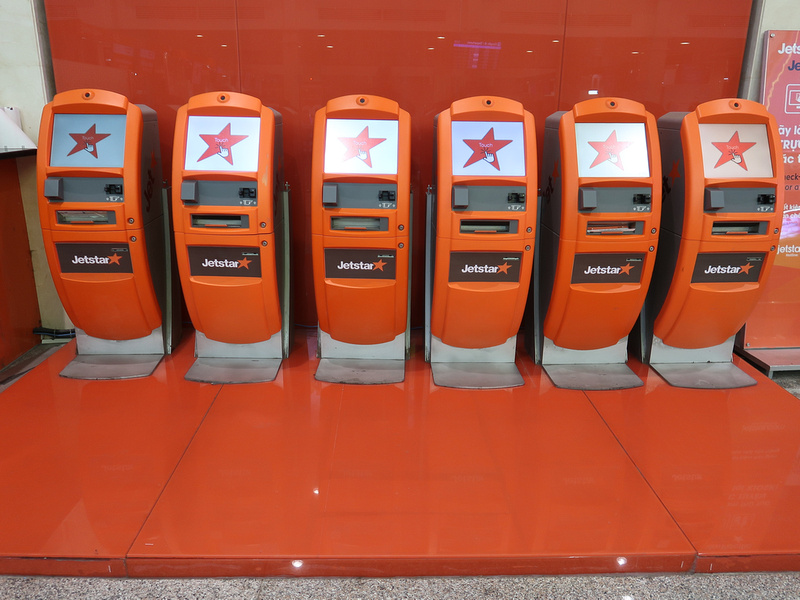 I opted for checking in at the desk as there was no queue and I wanted to ask for an aisle seat. They don’t always give you the seat you want as they try to encourage you to buy a seat selection. In this case it was ok. 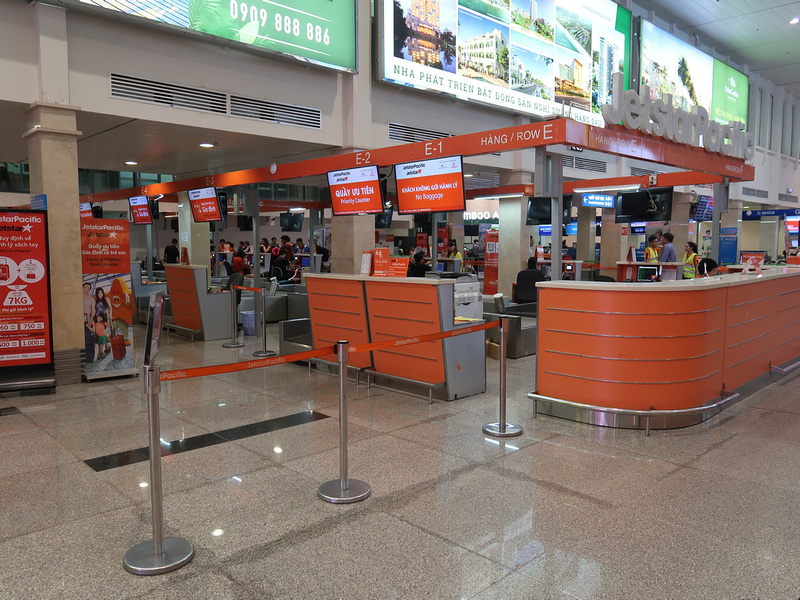 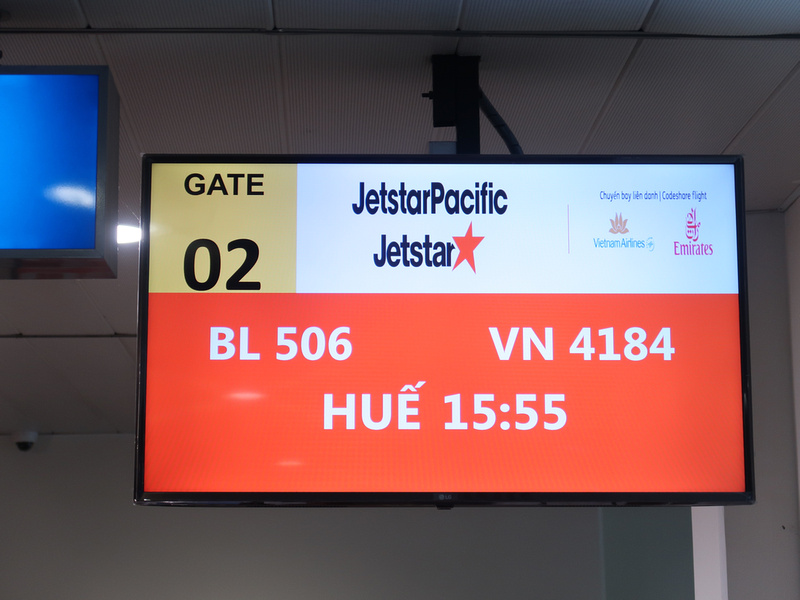 Once again I was on a flight that boarded from one of the lower gates (ie there was no air bridge), so we were bussed to the aircraft. Tan Son Nhat has been running over capacity for years. There is a new airport at Long Thanh planned as the second airport of the city, but it is years away from opening. 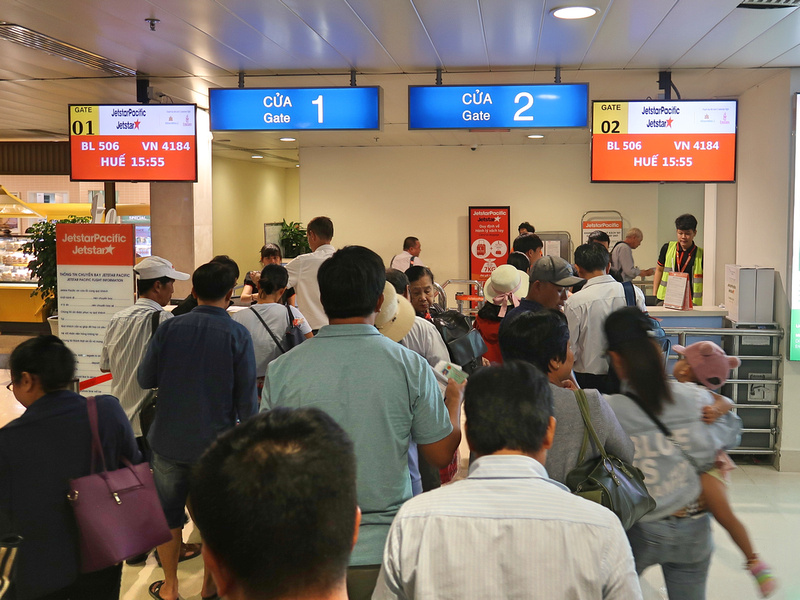 Being bussed to the plane means you are exposed to the elements. This being the middle of rainy season it was raining on this day, but we lucked out with a break in the showers. 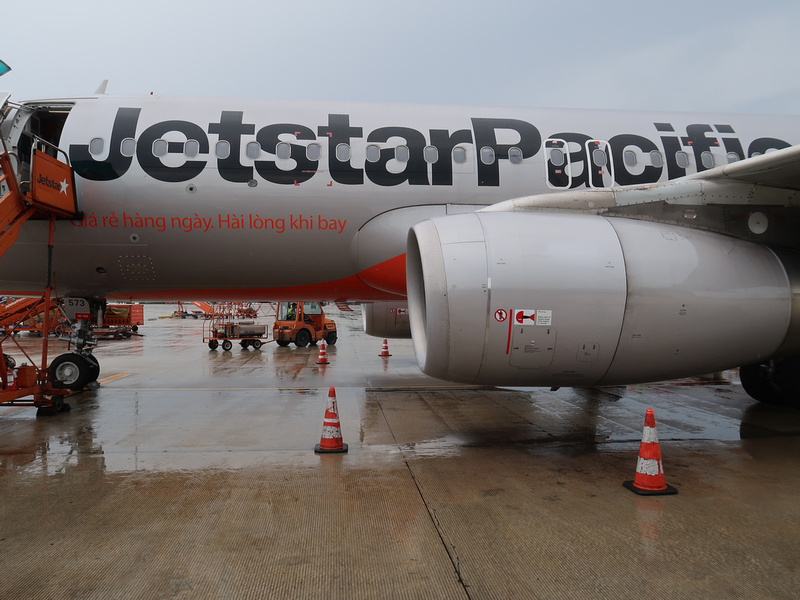 Jetstar Pacific is a low cost airline, so their business model is to pack as many passengers into the aircraft. I’m over 6 foot and there is about a fingers width of legroom in a standard economy seat. 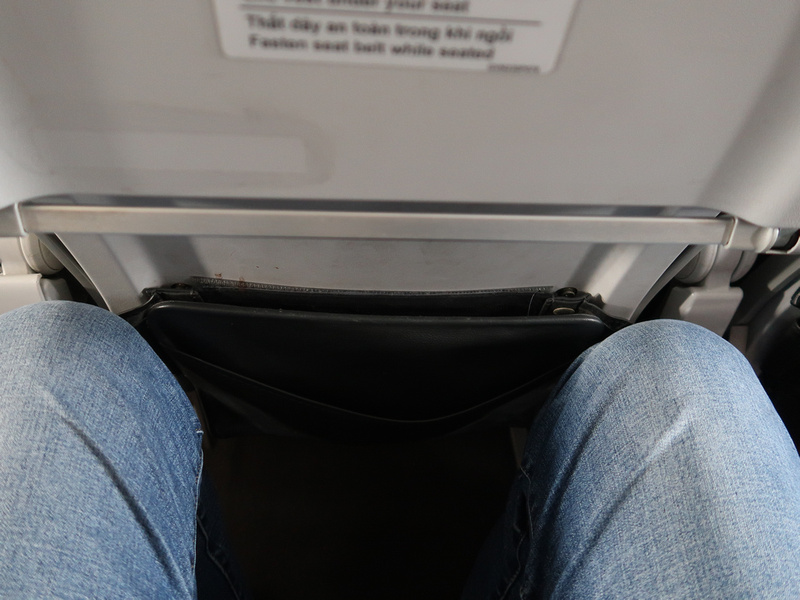 I don’t mind this for short flights though – it’s a flying bus as I like to remind people who complain. 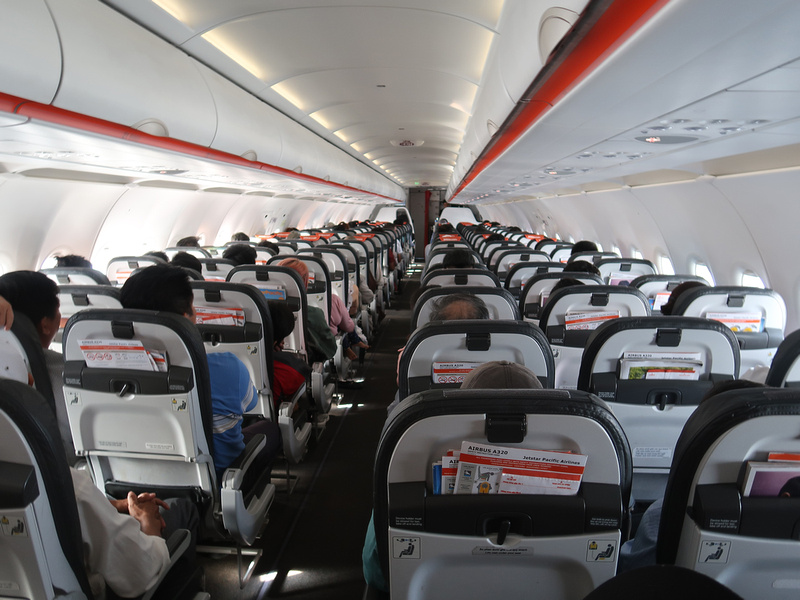 The magazines are placed in a rack on the head rest. Bonus hand from the passenger in front of me. 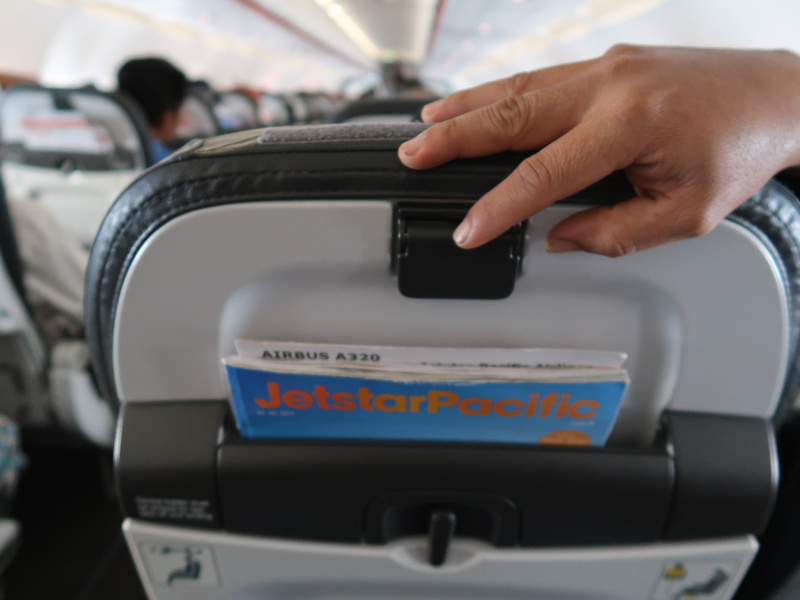 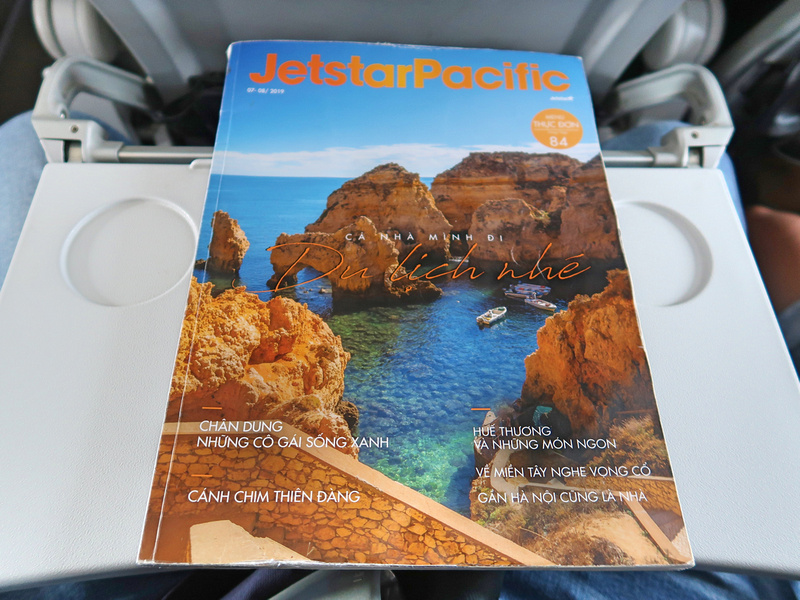 The route map for Jetstar Pacific, along with an inset route map of the Jetstar network. 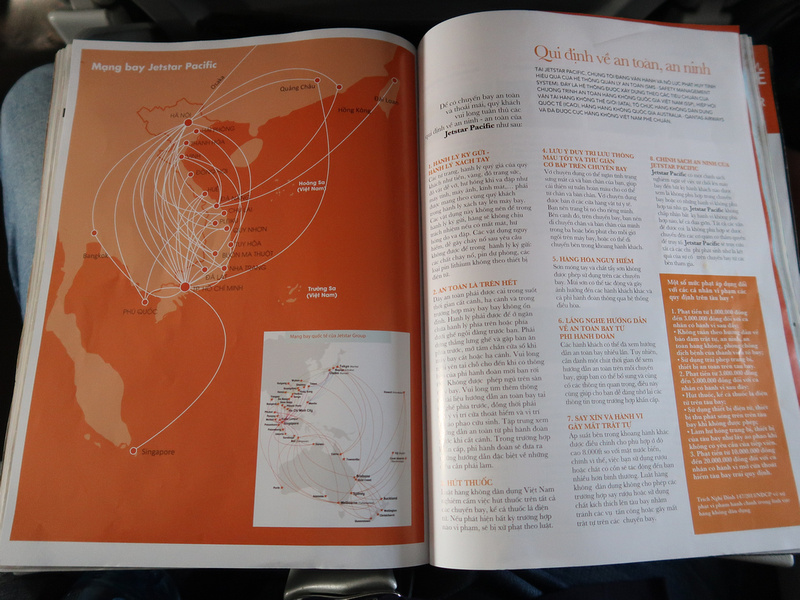 Jetstar Pacific fly the major routes in Vietnam, plus a selection of international flights in Southeast Asia. 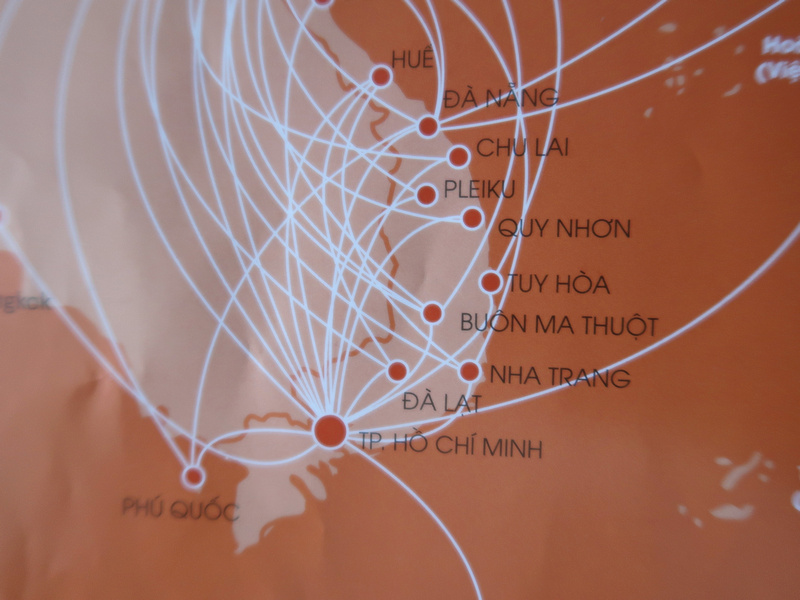 If you wanted to save money on the flight you can go carry-on only if your bag weighs less than 7kg. I noticed that they were checking big bags on scales before we boarded, so be aware if you are trying to sneak through a big bag. 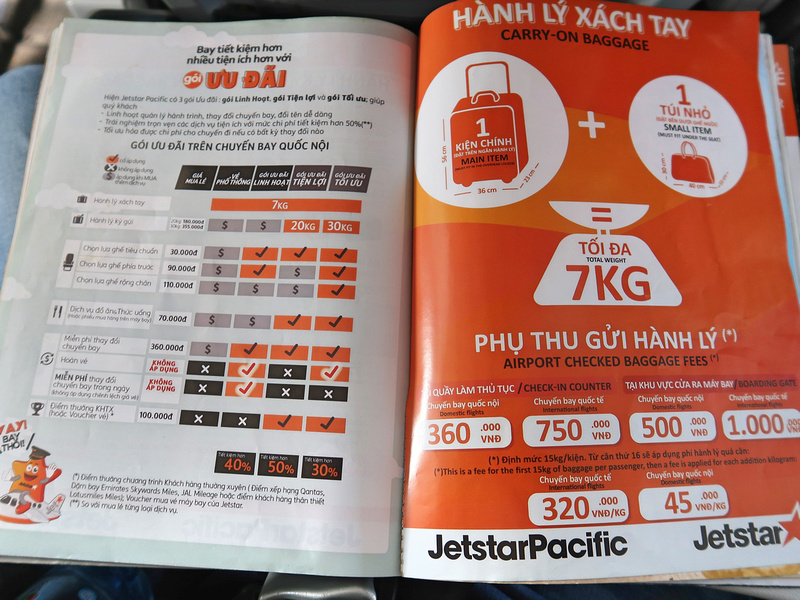 There is a menu in the inflight magazine. 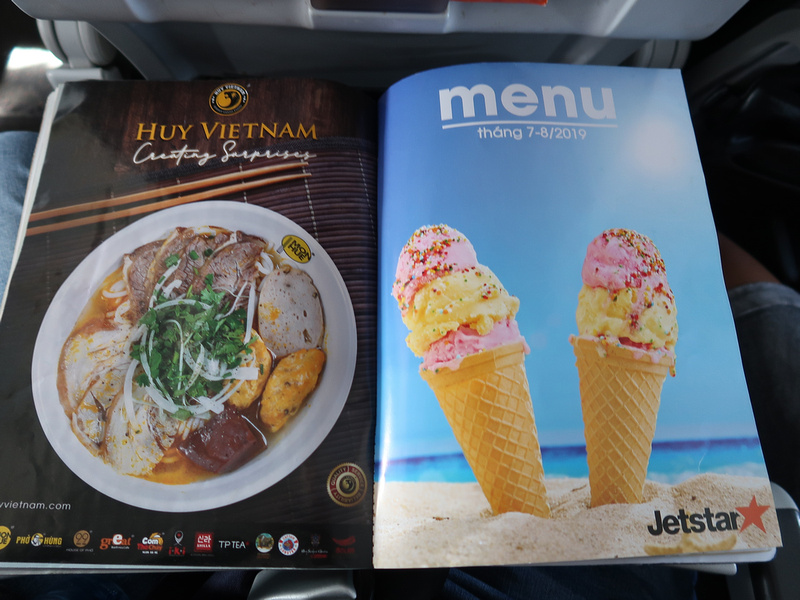 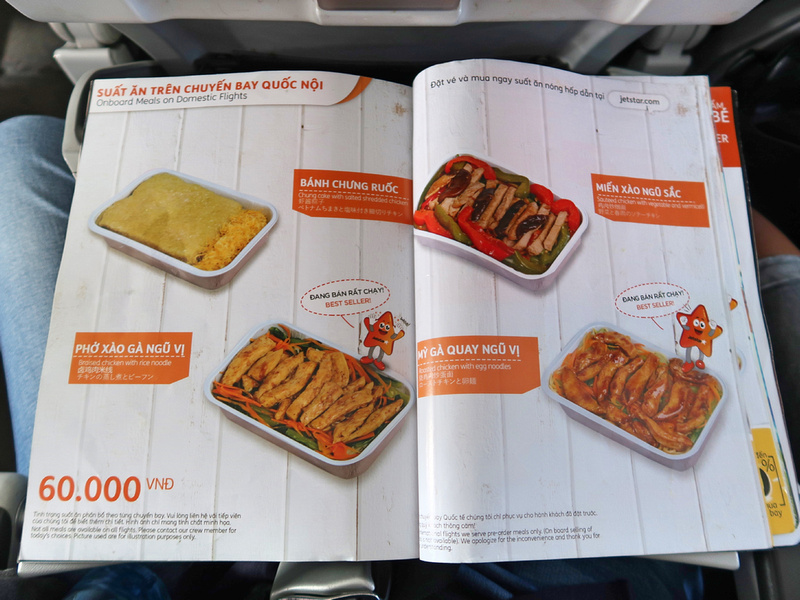 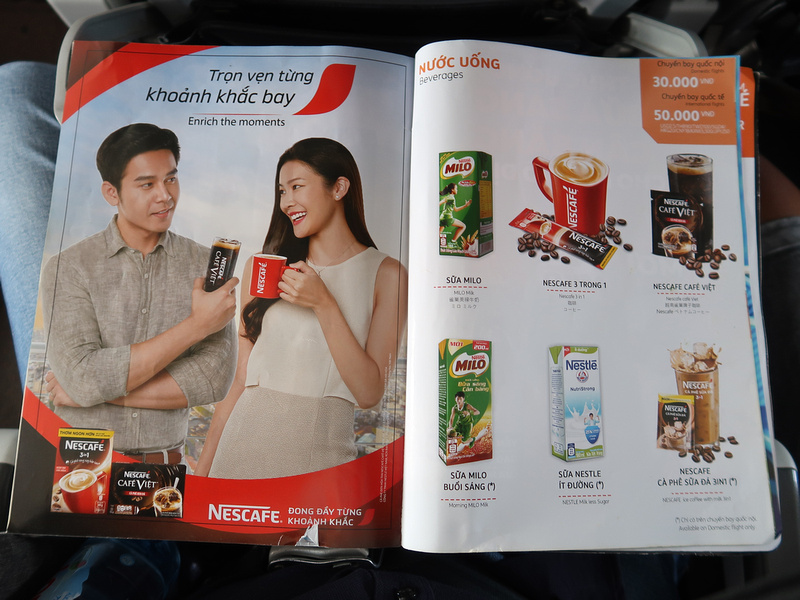 We arrived at Phu Bai International Airport on time. There are no airbridges here so we got bussed to the terminal. 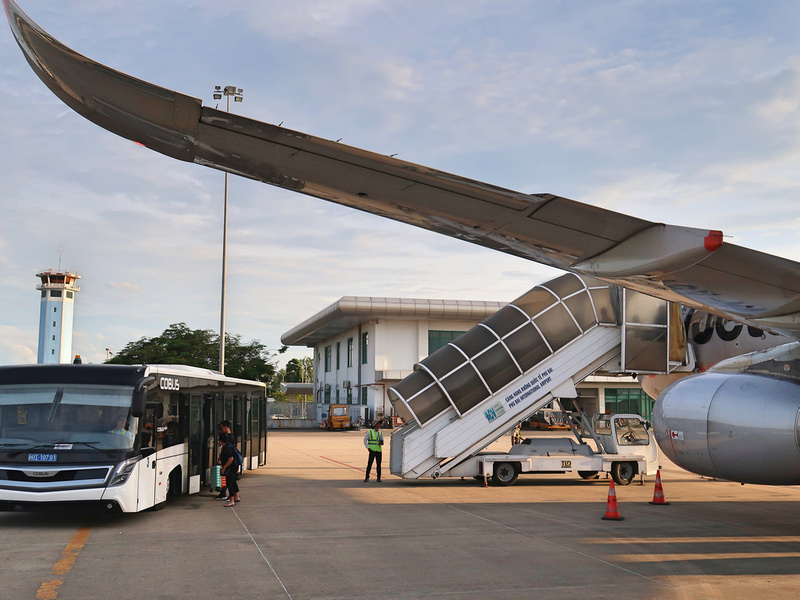 I’ve been to Hue twice before this trip, and I don’t recall it being as sunny as when we arrived. It was a contrast from the rainy gloom of Saigon.

After going to the toilet I was surprised to find that my bag was already on the baggage carousel. The joys of flying to small airports. 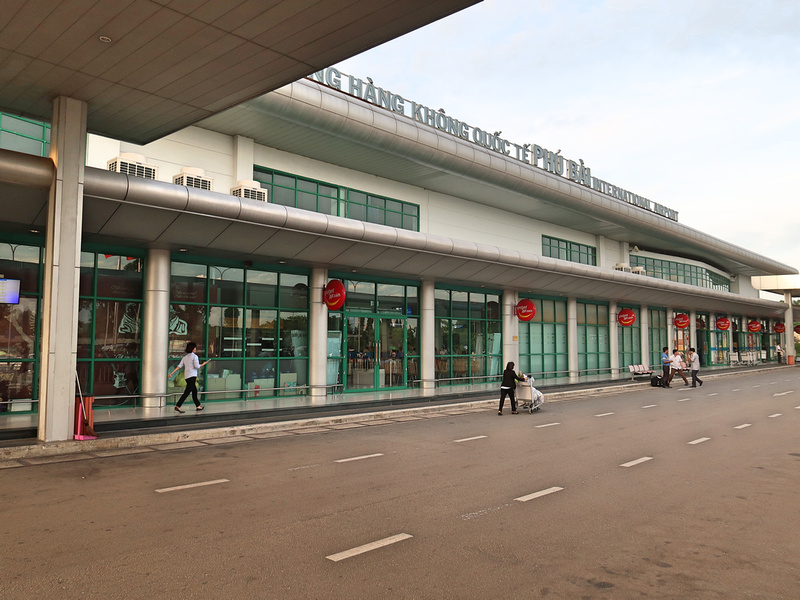 Overall this was a good flight option for travel between Ho Chi Minh City and Hue.