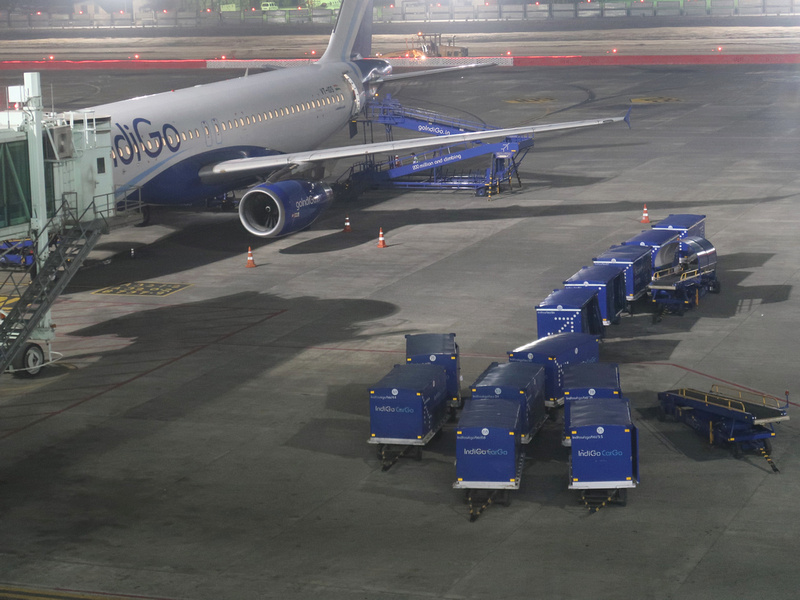 In 2019 IndiGo became the first airline to offer commercial flights between India and Vietnam. The Kolkata – Hanoi route was launched on October 3, while the Kolkata – Ho Chi Minh City service began on October 20.

Once the tickets to Ho Chi Minh City went on sale I booked a flight and built a trip around that. I hadn’t been to India for years, I like Kolkata, and I’m following the development of the India-Vietnam aviation market, so it was a natural booking to make.

When the tickets went on sale I was surprised to see how good the flight timings were. The flight departs Kolkata at 11.20 and arrives in Ho Chi Minh City at 16.20.

IndiGo are a low cost airline, so there is a base fare plus add-ons for checked luggage and seat selection. 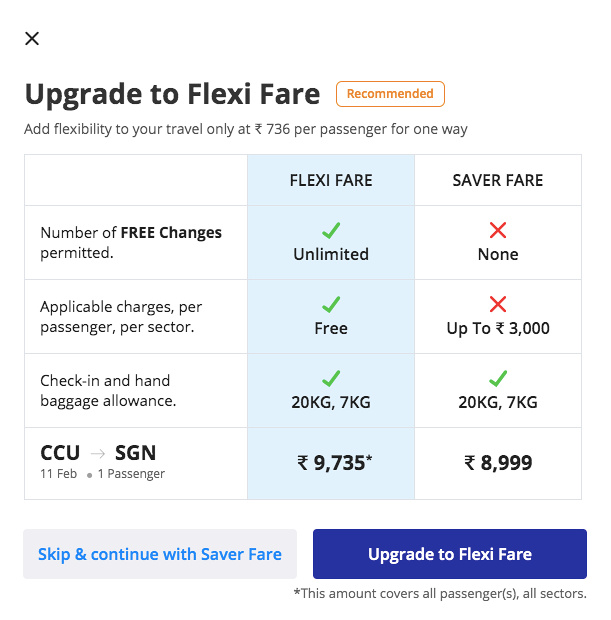 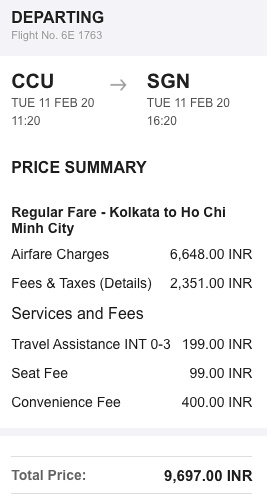 It turned out that the original flight time was too good to be true. I got an email later on alerting me that the flight now departs at 21:20 and arrives at 1:40. I try and avoid flights that arrive after midnight, so this was not a good development. At least IndiGo give you the option of cancelling the ticket if it’s a major change.

Netaji Subhas Chandra Bose International Airport opened a new terminal in 2013, and its an impressive building. They are also extending the metro line here, but for now there is a dedicated bus from Esplanade in the city centre. 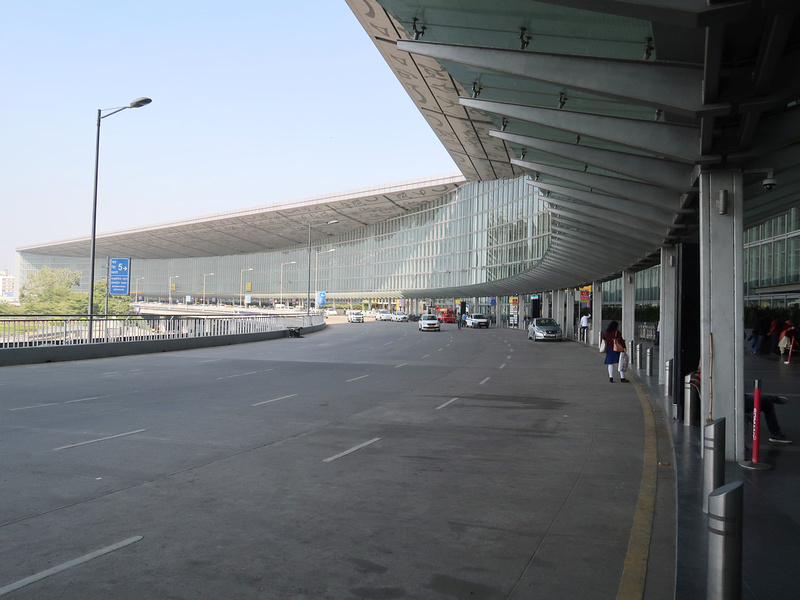 I wasn’t able to check in online or use the self-serve kiosks. As an international passenger they require to see the credit card you booked with. They also needed to make sure I had a Vietnam visa. 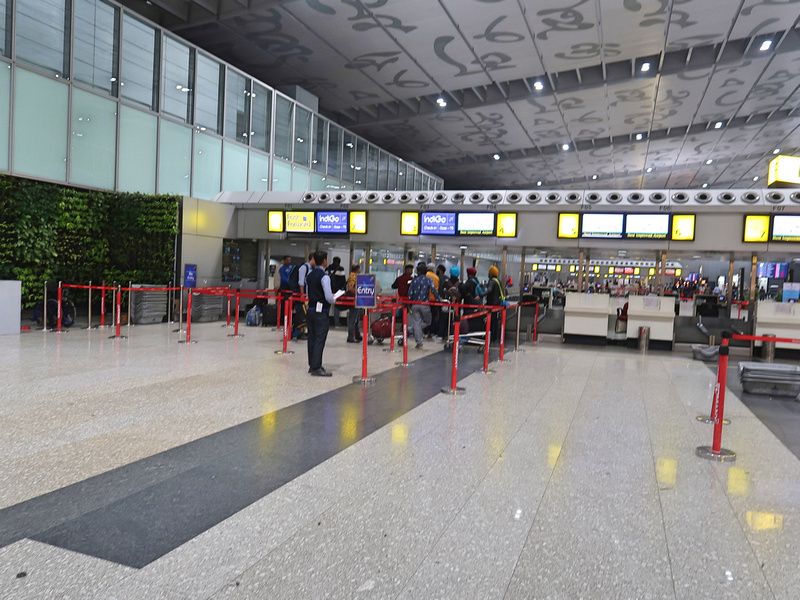 I liked that the airport was showing the cricket instead of the news on TV (which I also noticed on my flight from Goa). 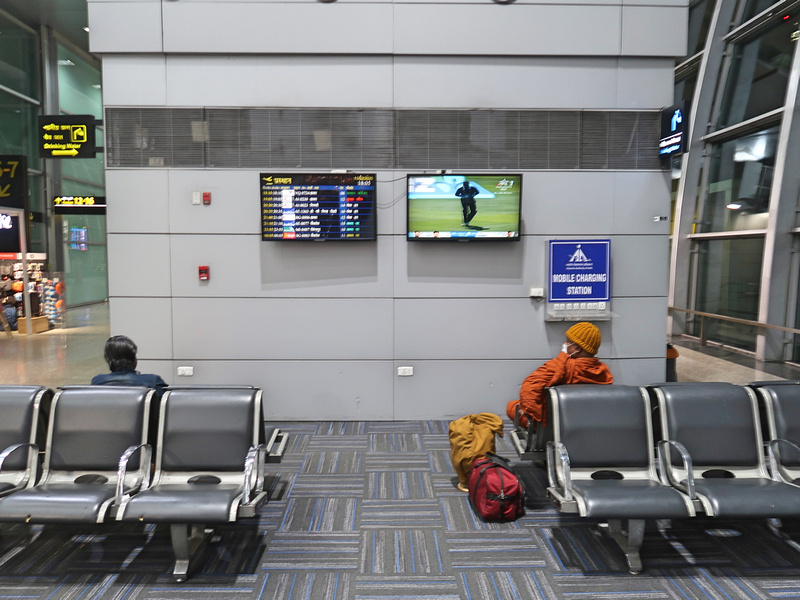 This flight wasn’t the only one that was departing late. Most of the low cost airlines to Southeast Asia are flying at this ridiculous hour of the night. I was lucky that my previous international IndiGo flight from Kuala Lumpur to Bengaluru was during the day. 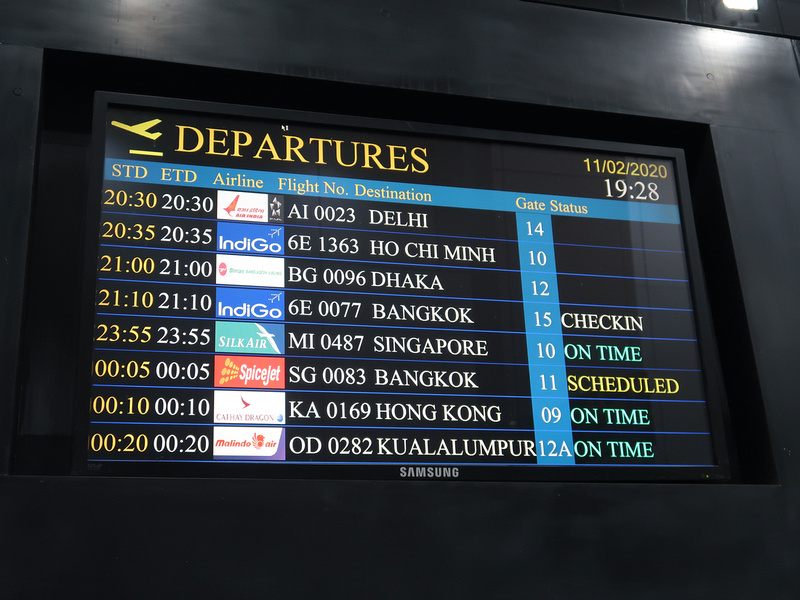 Some weeks before the flight I got another email alerting me of a time change. The new departure time was now 20:25, but with the same arrival time of 1:40. India is 1 hour 30 minutes behind Vietnam time, so the scheduled flight time is 3 hours and 35 minutes. 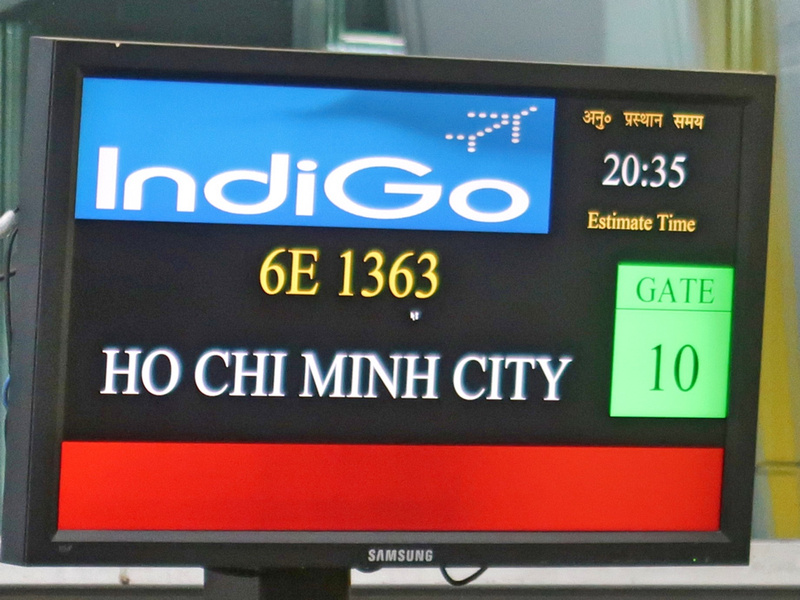 The flight departed on time, so at least the arrival time wasn’t going to be any later.

The flight is on an A320. It was only half full, but this was during the coronavirus scare. I don’t know if the low passenger numbers was just lack of demand between the two cities or because of mass-cancellations of travel in general.

With the late flight at least IndiGo are positioned to feed connecting flights from across India. There was a large group from Bangladesh on the flight as well, so there is another catchment area that IndiGo has. 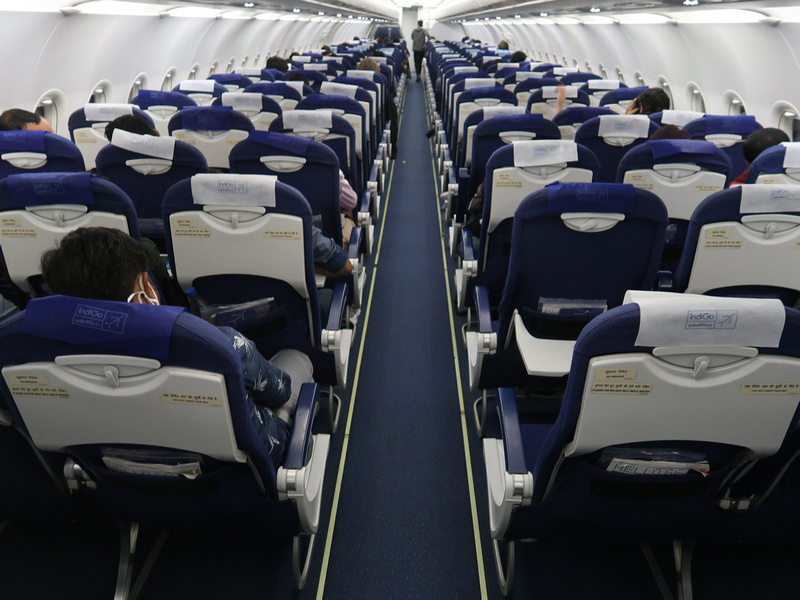 Even though I paid for another seat, I was offered an exit row so I of course took that. 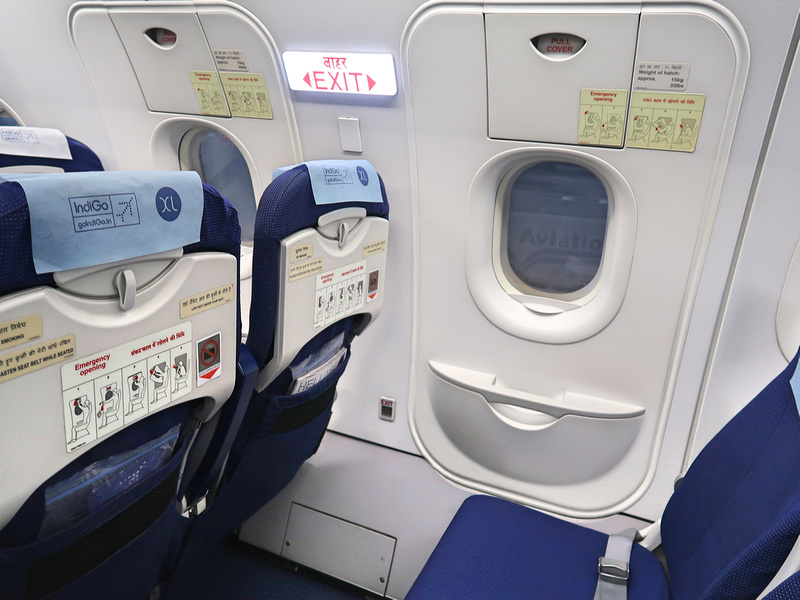 Never say no to an exit row. 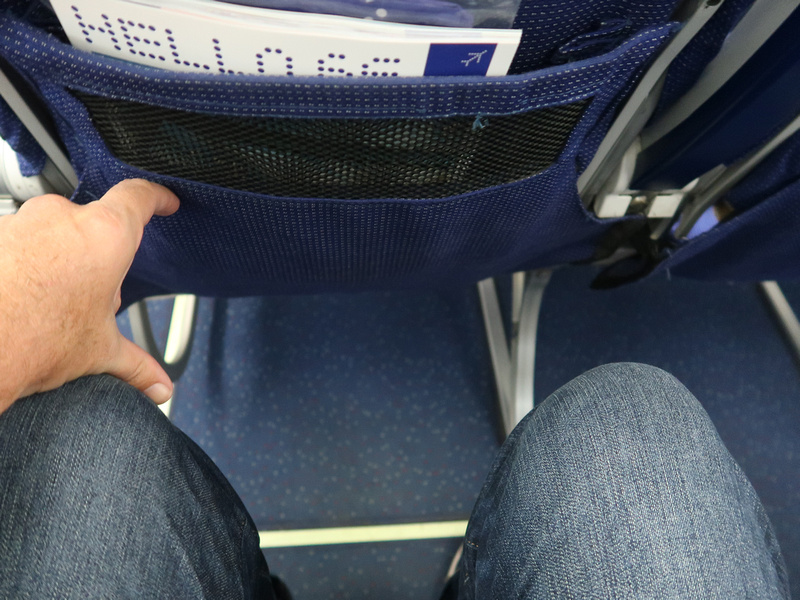 Hello 6E is the inflight magazine of IndiGo. 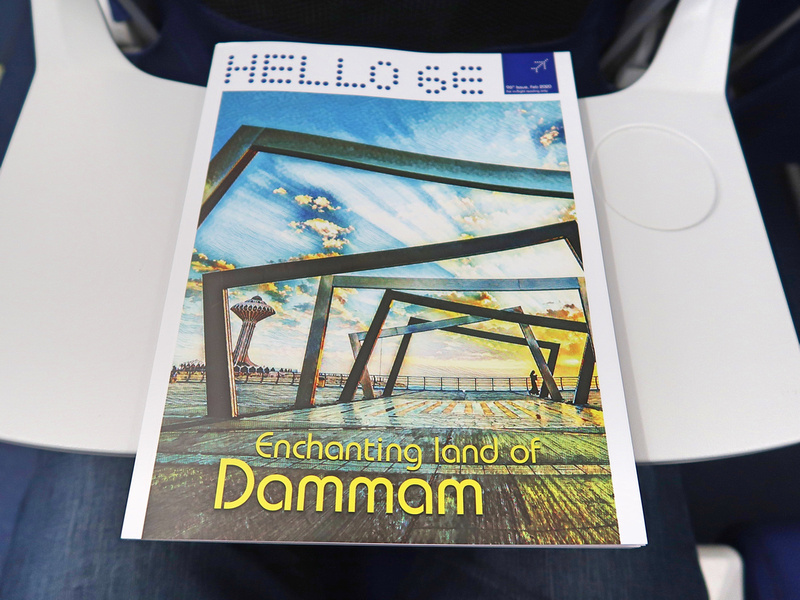 The magazine also includes the menu if you wish to order food. 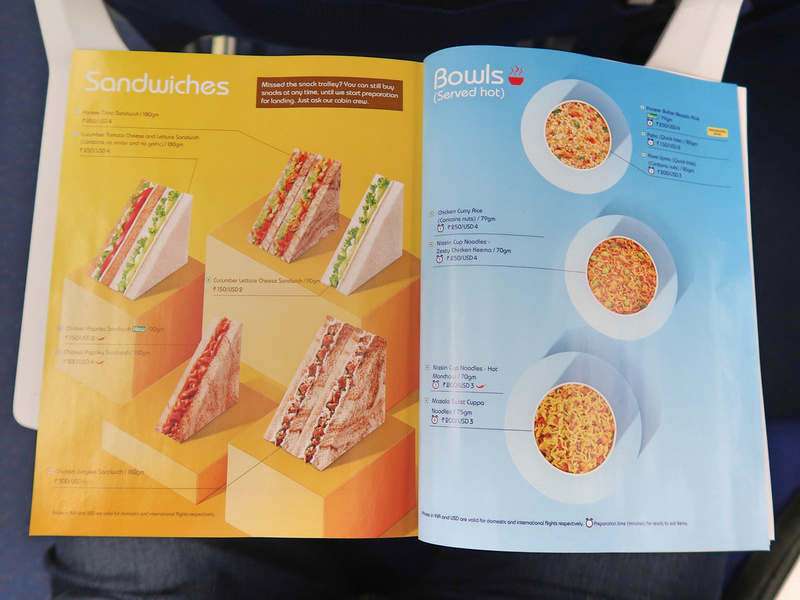 The flight arrived on time at Tan Son Nhat International Airport, and at that early hour of the morning it wasn’t too busy. Overall it was a good flight.

IndiGo are now the largest international carrier from India, and they recently placed an order for 300 Airbus planes. I hope this route can establish itself and more flight alternatives between the two countries become available.