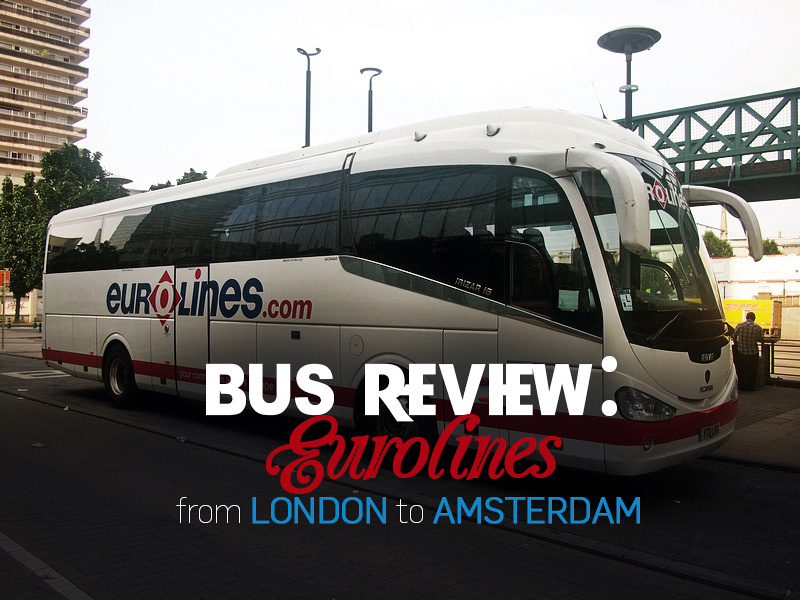 I’ve previously travelled from London to Amsterdam by air and rail+ferry but I had never taken the bus, so for this trip I thought I would try Eurolines. They are always advertising great deals to Paris and Amsterdam and I found a ticket for £18.00 all up (the ticket was £13.00 plus a £5.00 booking fee).

On the Eurolines booking site Amsterdam was showing as the cheapest destination, even though other destinations are shorter trips. I did a search for bus tickets to Brussels and Rotterdam, and the tickets were twice as much, even though they were for the same bus that is going to Amsterdam.

The bus leaves from the Victoria Coach Station, which is in central London. That at least saves the hassle of getting up early to go to the far-flung airports of Stansted or Luton.

The scheduled departure for my bus was at 8:00 AM with an arrival time of 20:15. There is a one hour time zone difference so the total travel time is 11 hours and fifteen minutes.

I arrived earlier to get a coffee only to find that there is a checkin procedure, so give yourself 30 minutes beforehand to get that out of the way. 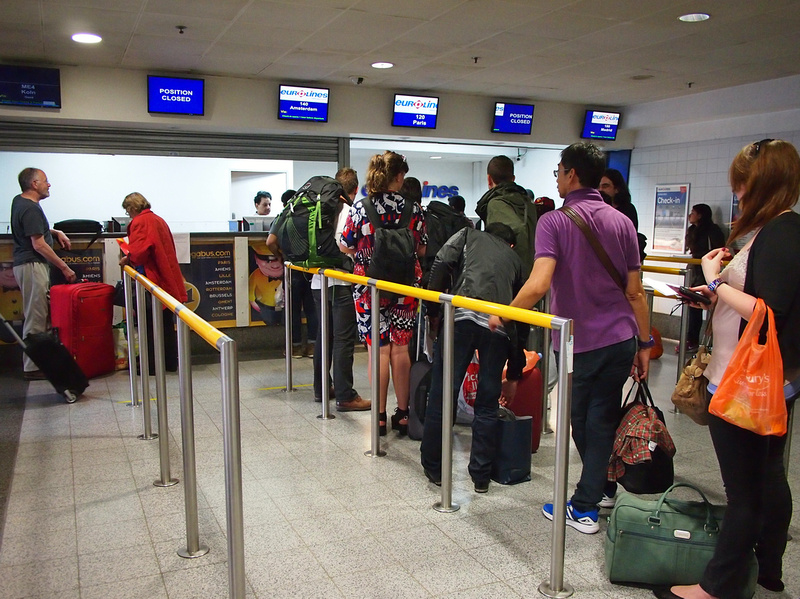 Our bus was two hours late arriving at Victoria so it was hard to tell what was the normal part of the service.

The bus arrived the Folkestone Terminal of the Eurotunnel only to find out it had missed its berth on the vehicle shuttle. We were told the next available slot was in four hours, but they managed to find a space within an hour.

Getting the bus through the Eurotunnel is an interesting experience in itself. Vehicles are loaded onto a train with wagons big enough to transport trucks and buses.

You can get out of the bus at this point but there is nothing to do other than to go for a toilet break. 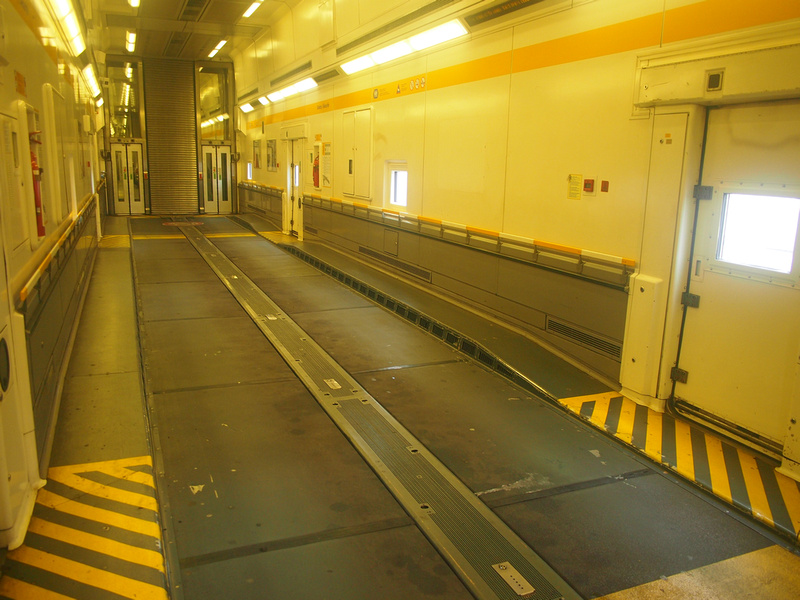 After emerging on the Calais side of the tunnel the bus continued on to Brussels in Belgium. The Eurolines bus stop is behind the Brussels North station and we had a twenty minute break. There was nothing to eat nearby and I walked around not knowing where anything was to eat or where the public toilet was. Again, I’m not sure if this was normal given that we were running late. 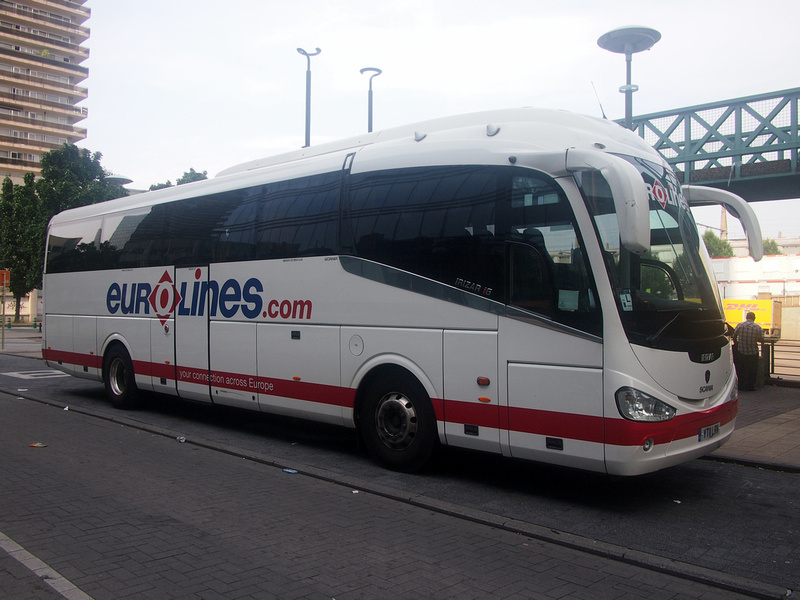 The bus arrived in Amsterdam via a stop in Rotterdam. The Eurolines office in Amsterdam is at Duivendrecht Rail Station which is connected by metro and regional trains. 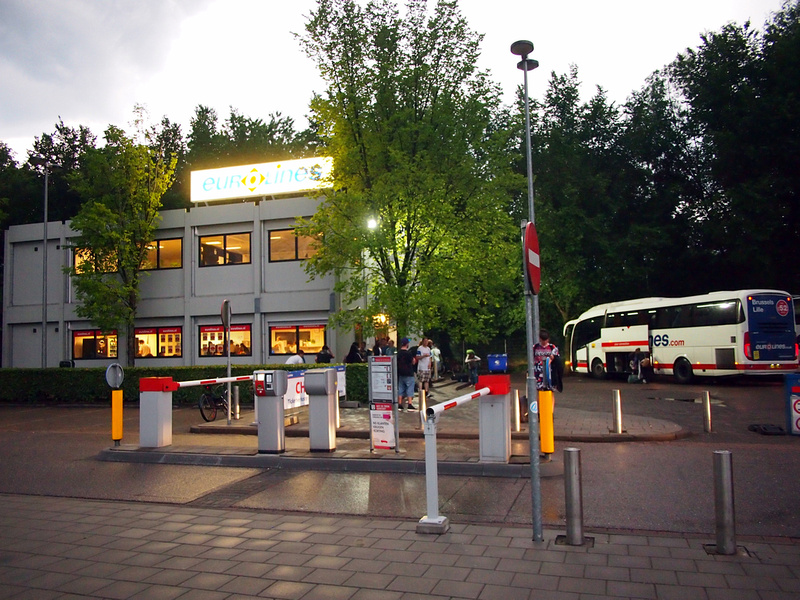 I stayed at the A&O Amsterdam Zuidoost Hotel which is two stops away on the metro.

Overall the this bus trip was a bit chaotic, having been delayed two hours and then rushing the rest of the day to catch up, and without a proper lunch break. The bus is a good option if you want to get to the continent on the cheap, just bring snacks to last you throughout the day and hope you don’t need to use the bus toilet!