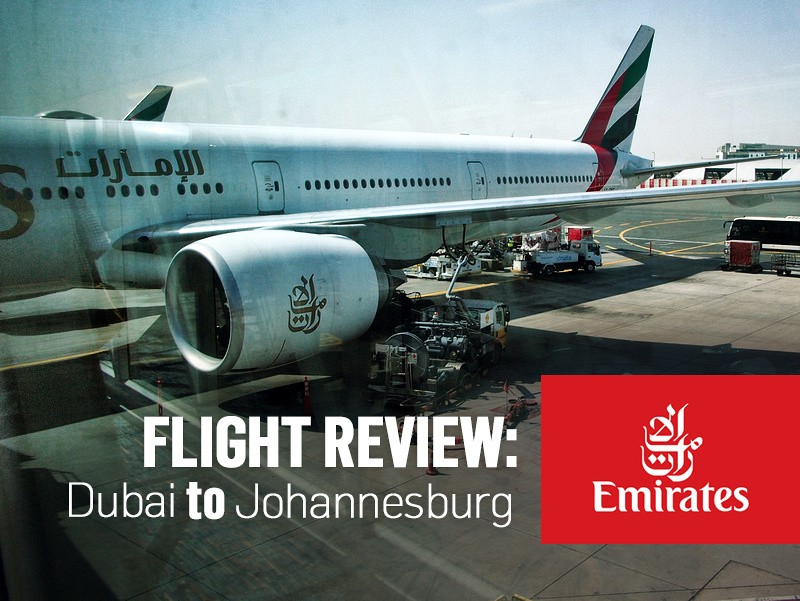 I flew with Emirates from Dubai to Johannesburg. This was the second leg of my journey with the first flight being from Barcelona to Dubai. My flight was provided by South African Tourism (Australia) who were flying me to Johannesburg for a media trip. They picked the flight though I was able to choose the airline if I wasn’t happy with the booking. I like flying with Emirates so there was no need to change the flight.

Emirates operates out of Dubai International Airport which is one of the busiest airports in the world. There is a new airport in Dubai but Emirates remains in the old one, even though it feels like it has outgrown this airport. Despite the crowds transferring here is easy and relatively quick.

Upon boarding there are free newspapers in different languages. 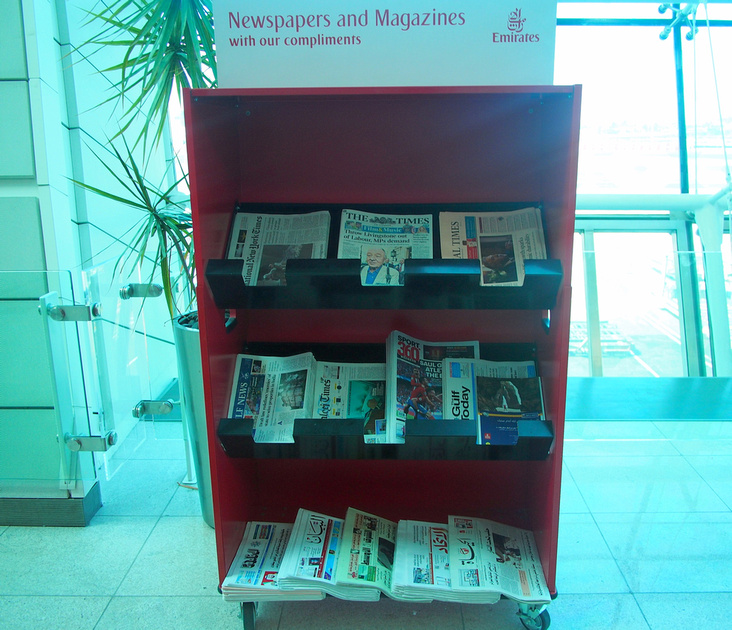 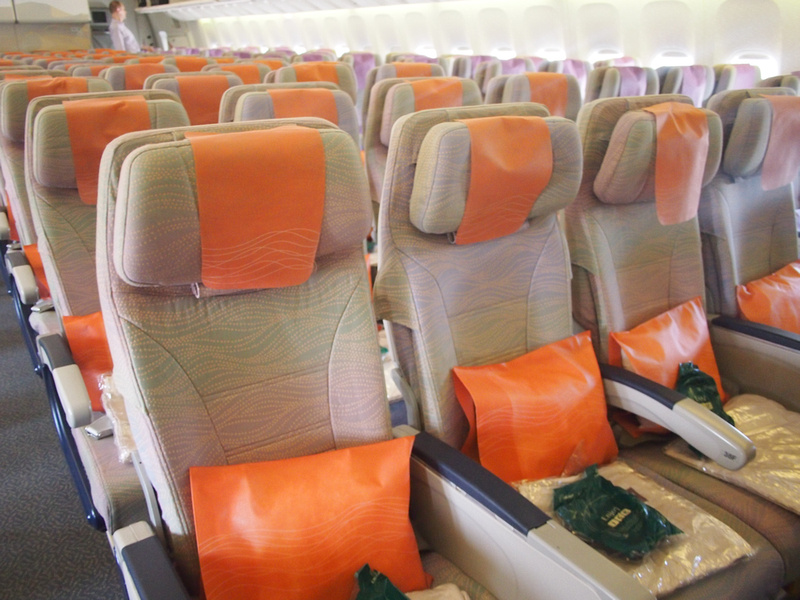 Seats have a power outlet and USB port which I used to charge my iPhone. 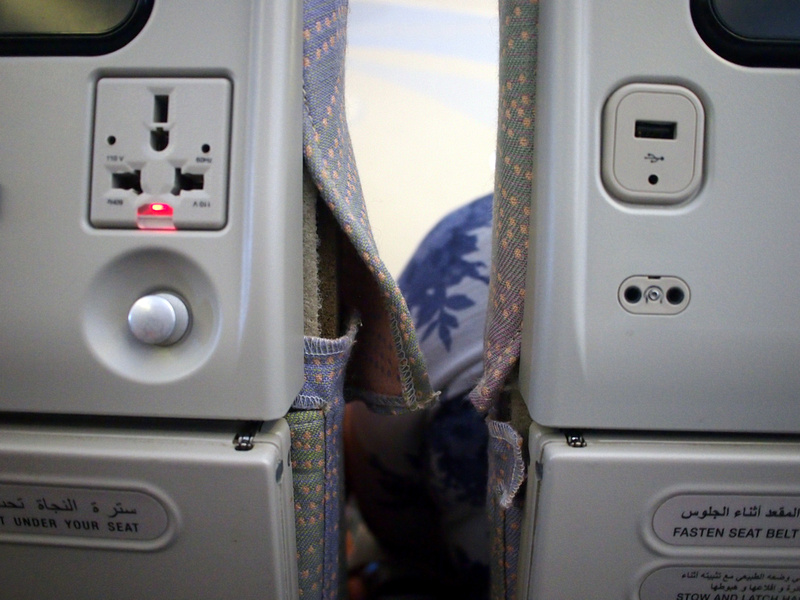 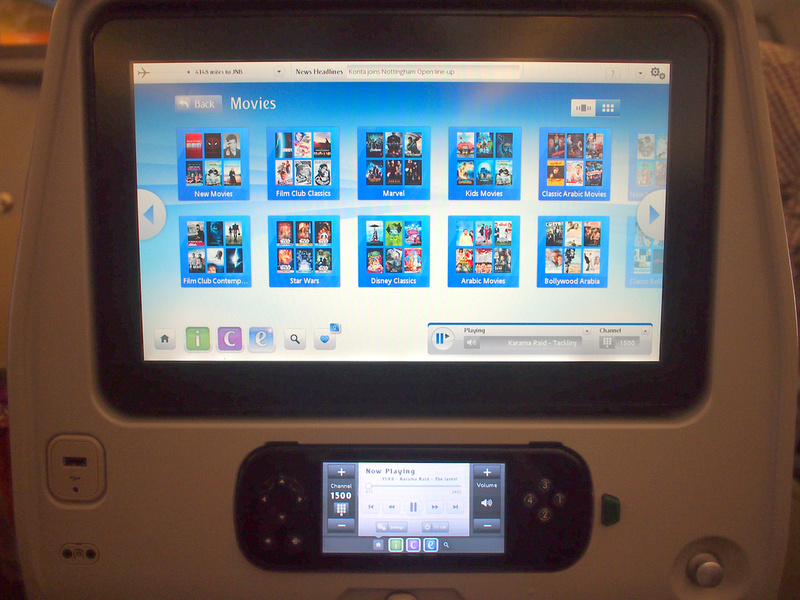 The scheduled flying time is 8 hours and 10 minutes with the flight departing at 8.10am and arriving at 4.25pm. I like the long flights that arrive later in the day, especially after the overnight flight with no sleep. 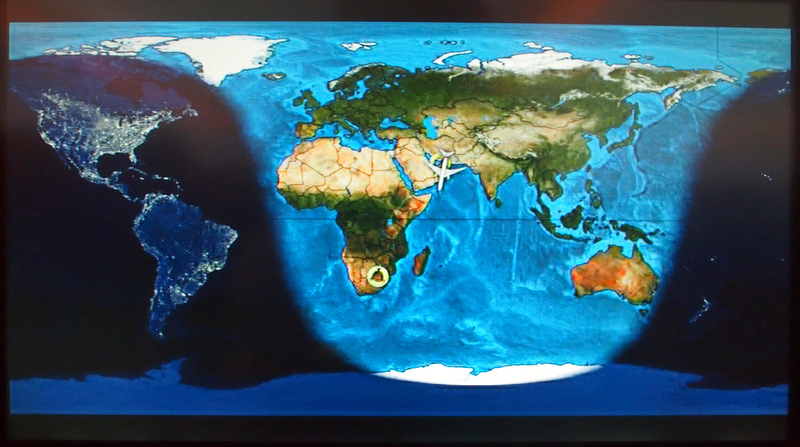 Lunch is served after takeoff, and I got the beef meal which included: 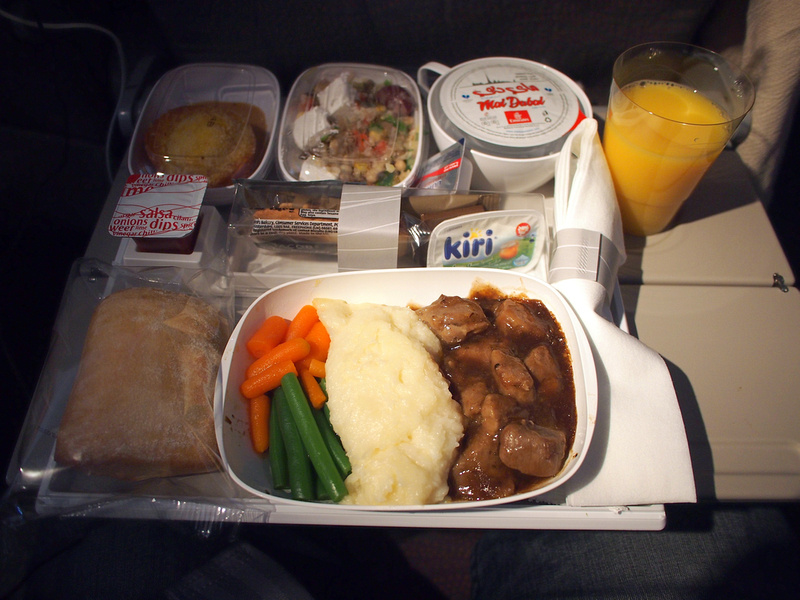 After lunch I settled into a movie marathon which is my preferred means of entertainment on long flights. 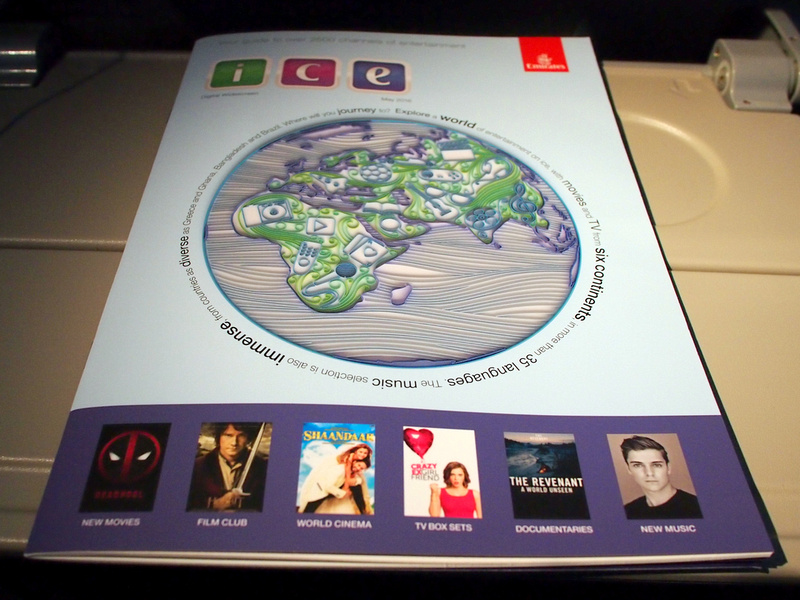 Emirates has hundreds of movies to choose from and I sometimes get paralysed with indecision with so many choices. They offer themes for movies such as offering all seven of the Star Wars movies and all of the modern Marvel movies. 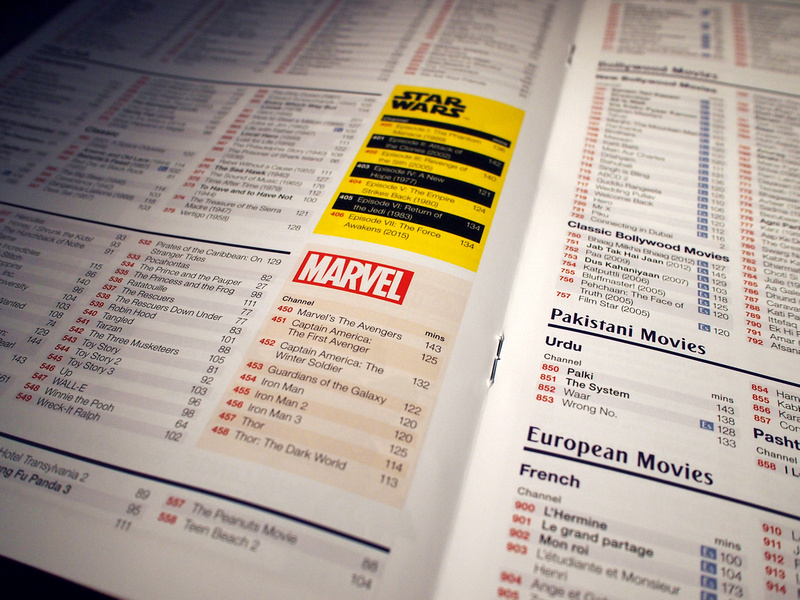 There is wifi onboard but I found it to be terribly slow. I was only checking to see if it worked but after spending five minutes trying to open Facebook I conceded that your time is better spent doing something else. I still love flying as an offline sanctuary so I prefer to not to access wifi in the air. 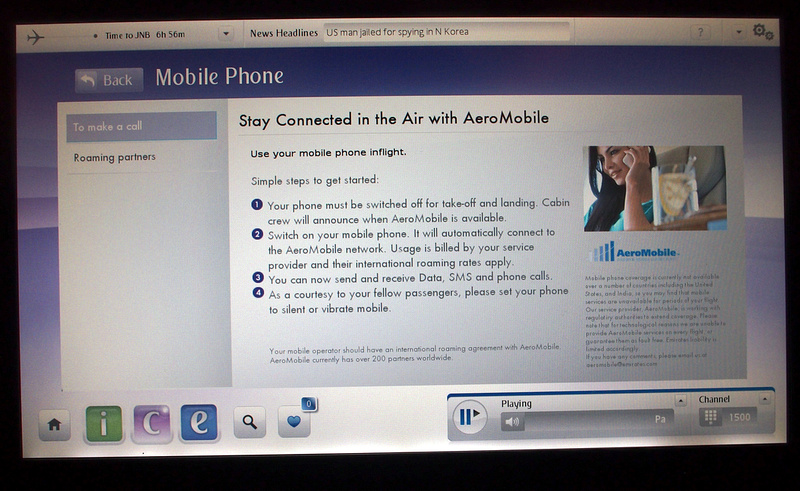 And for analog entertainment there is always the inflight magazine. 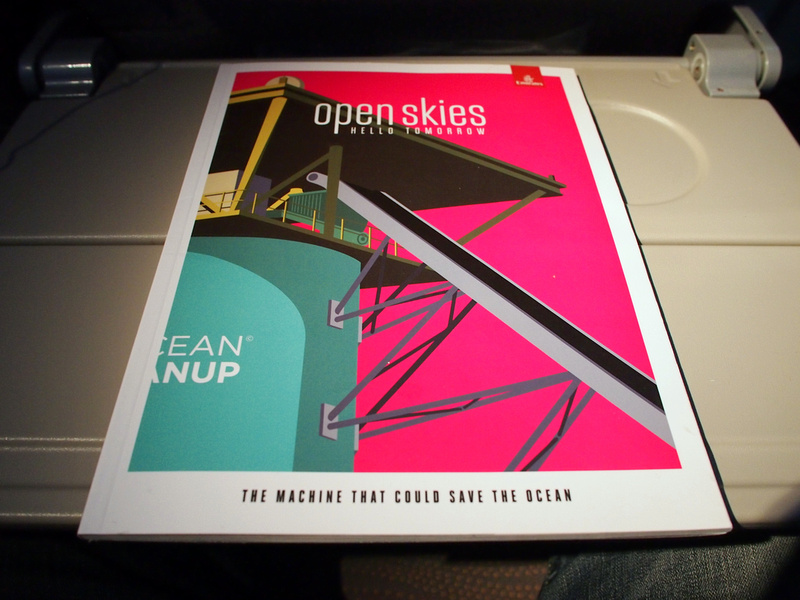 Every so often a direction to Mecca would pop up on the screen, but I never saw anyone getting in the aisle to pray. 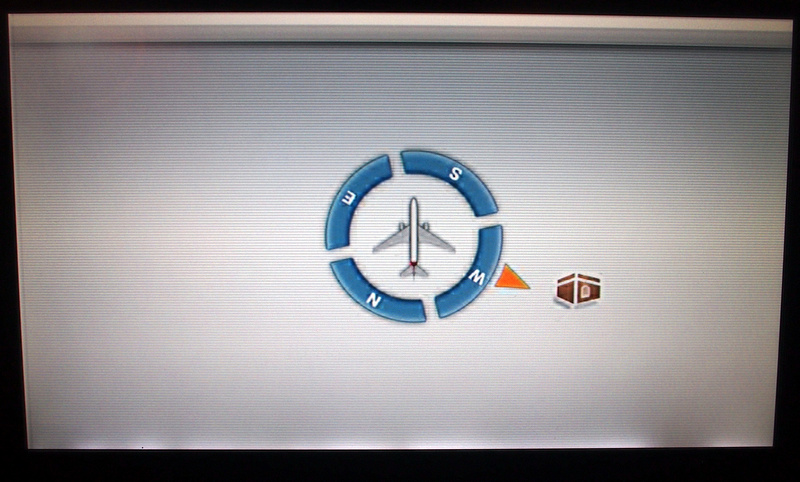 An eight hour flight is not quite long enough for two full meals, so towards the end of the flight “light bites” are served. This was a sandwich and some kind of muffin cake. Of course if you get hungry at any time you can ask for something to eat. 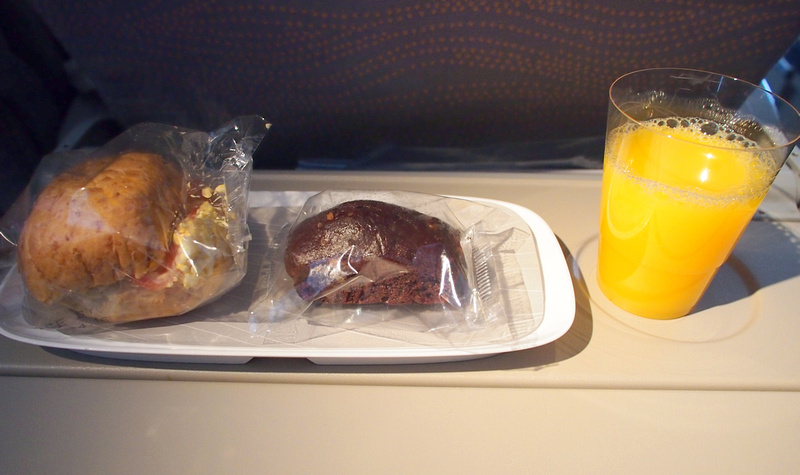 Overall this was another good flight with Emirates. I also collected Qantas frequent flyer points for this trip, which I wasn’t sure if they would be allocated for flight to Africa.