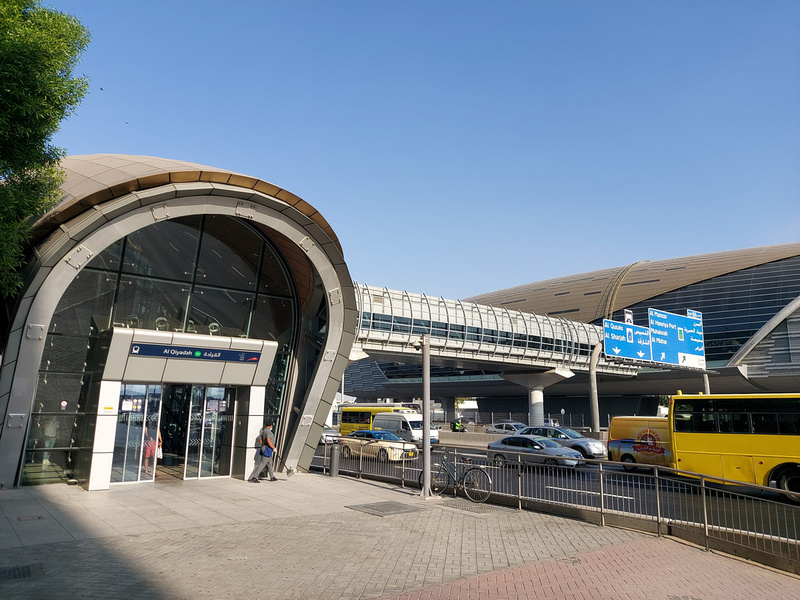 The Dubai Metro is a rapid transit rail network in Dubai, United Arab Emirates. There are currently two lines, with more lines planned in the future.

Trains of the Dubai Metro are fully automated and driverless, and the stations are air-conditioned with platform edge doors.

The Red Line opened in September 2009, becoming the first urban transit line in the Arabian Peninsula. 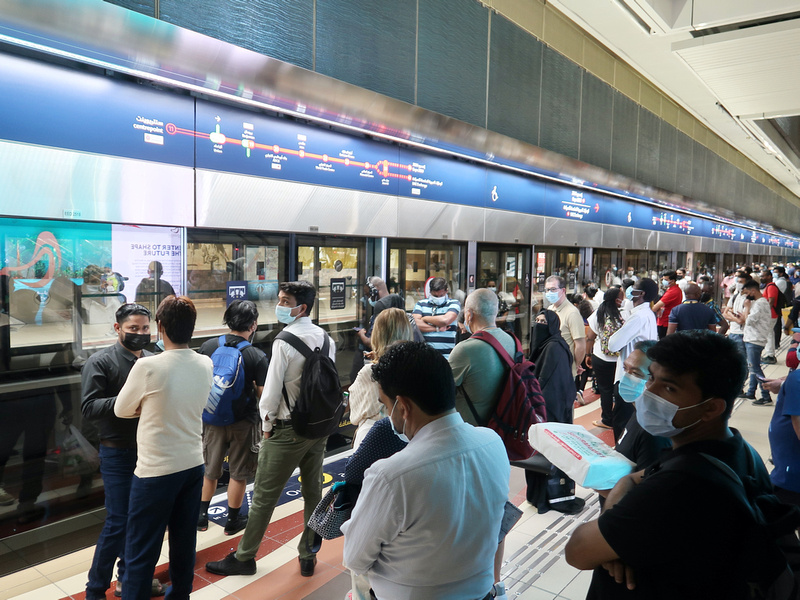 The main line is 52.1 kilometres in length, travelling from the airport to the Jebel Ali Freezone at the western end of Dubai. A branch line from Jebel Ali Station was built to connect the Expo 2020 site. 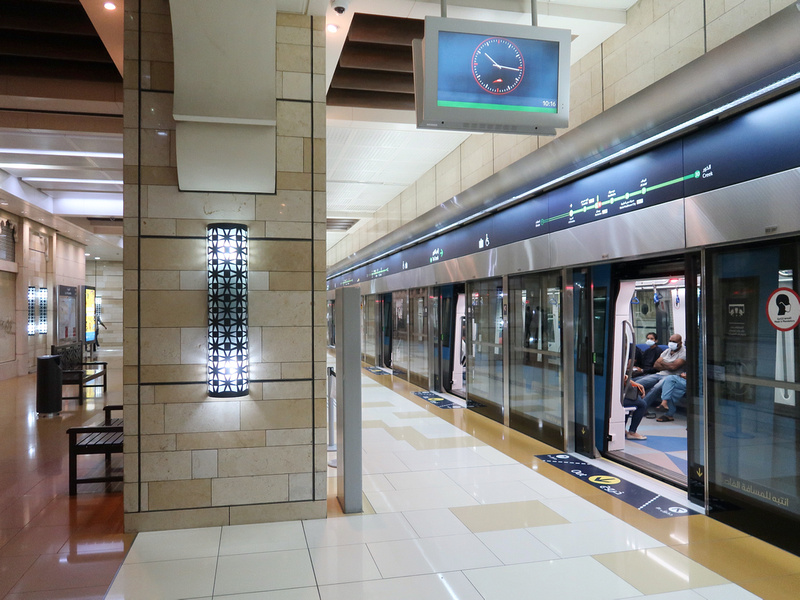 The Green Line is the second line of the Dubai Metro network, interchanging with the Red Line at Union and BurJuman. There are 20 stations on the 22.5 km line. 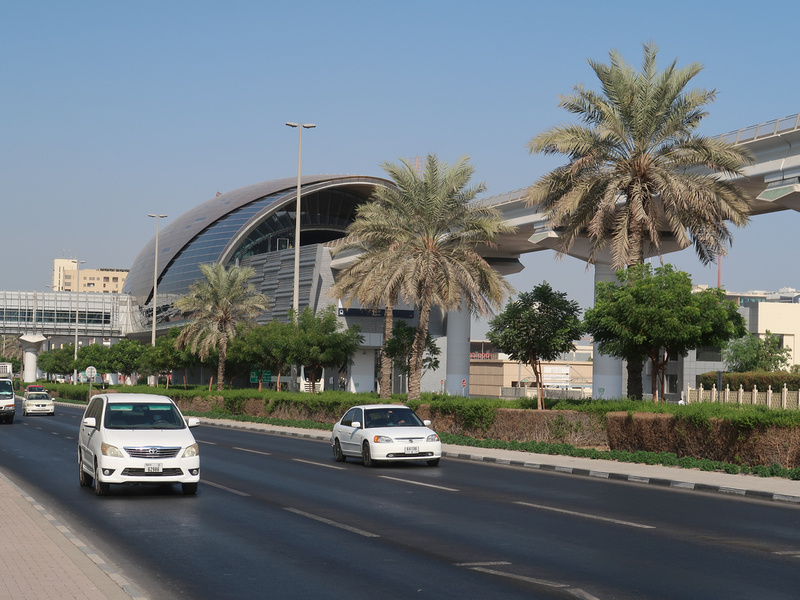 [Stadium station on the Green Line.] 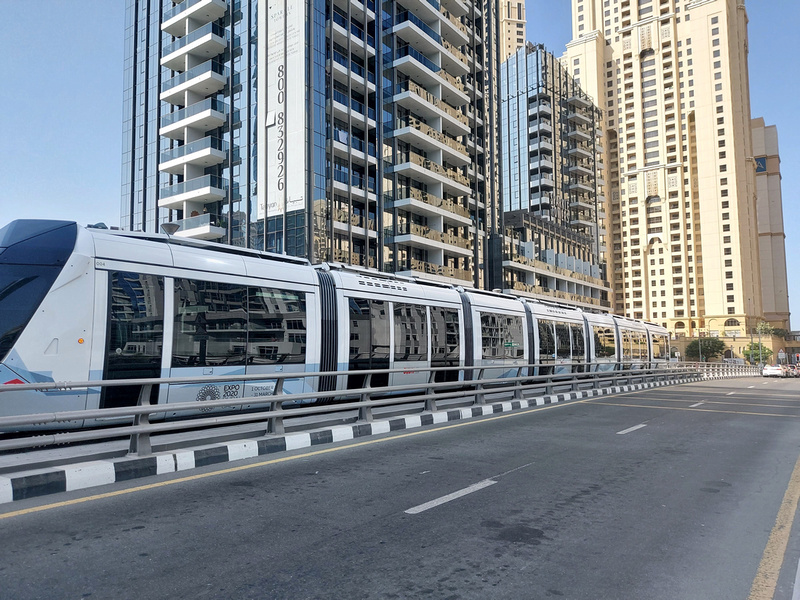 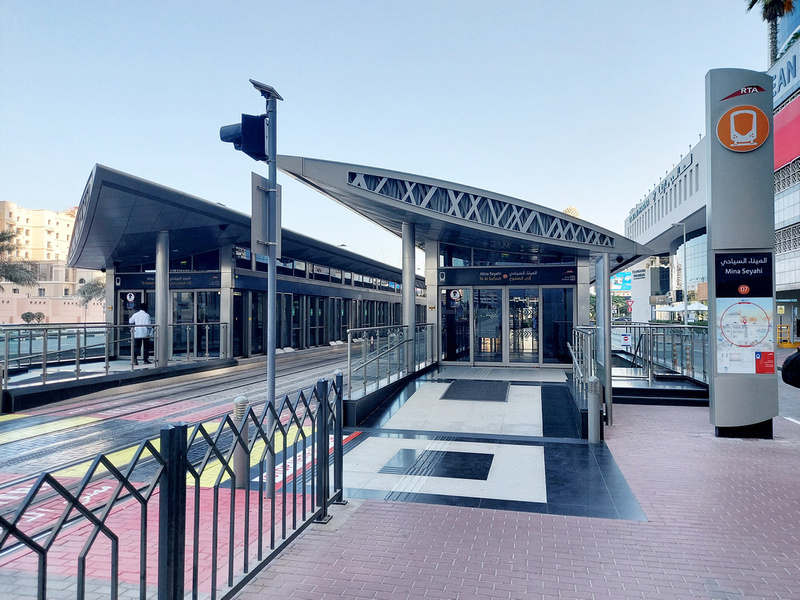 The Dubai Tram is a 14.5 km tramway from Dubai Marina to Palm Jumeirah and Al Sufouh. The route has stops near the DMCC and Sobha Realty stations of the Red Line. The tram route is shown on the official metro map, and the metro pass (nol card) can be used for the tram. 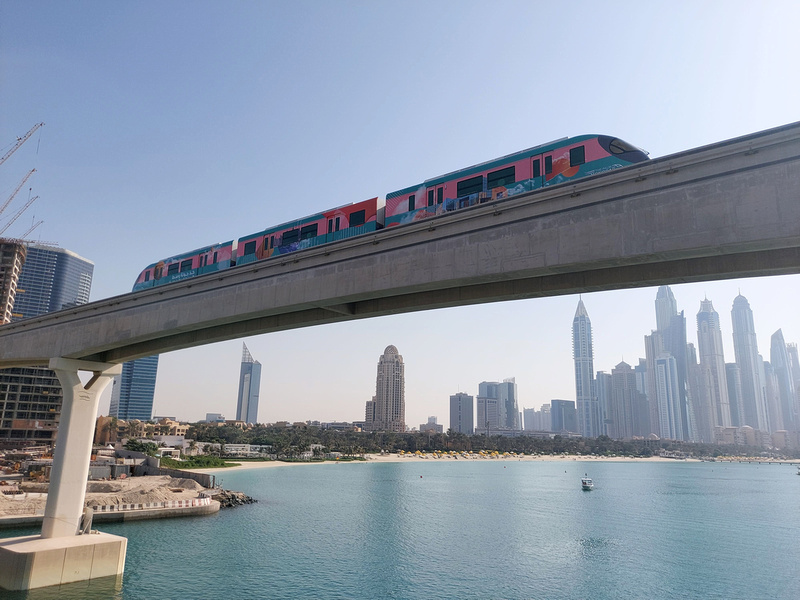 The Palm Monorail is a monorail that runs up the trunk of Palm Jumeirah, connecting the mainland to the top of the island group. The Palm Monorail is not part of the Dubai metro system, so metro cards can’t be used on this line. The monorail is priced like a theme park ride, so it can’t be considered as an urban rail transit.

There is a plan to extend the line to Dubai Internet City, so it is a shame that it’s not part of the metro system.

Dubai Rail Network
Official metro map in the standard metro map design of straight lines and 45-degree angles. The map shows fare zones and some prominent landmarks with a background of a digitised geographic landscape. The monorail is included on this map for reference, but it is not part of the metro system. 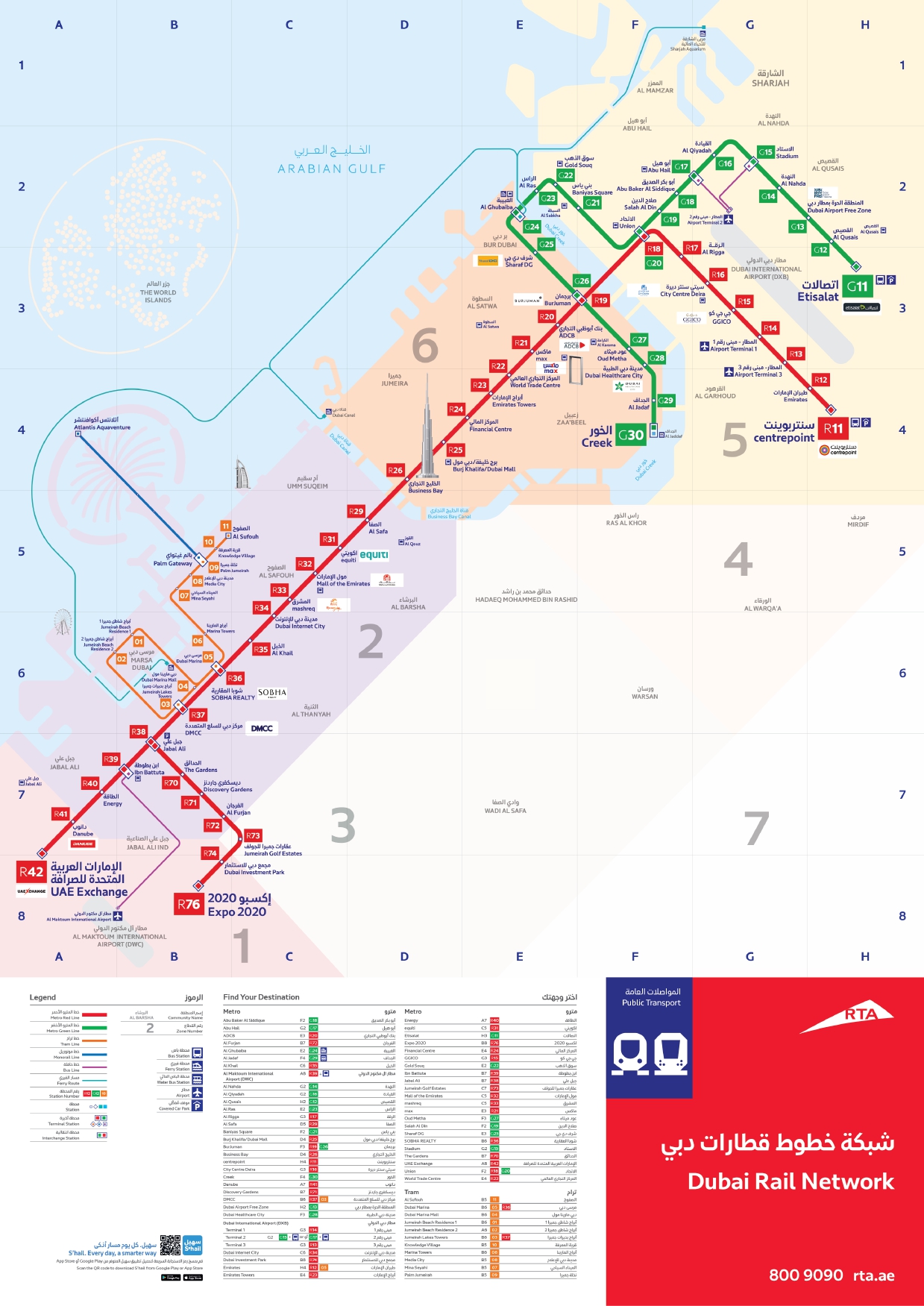