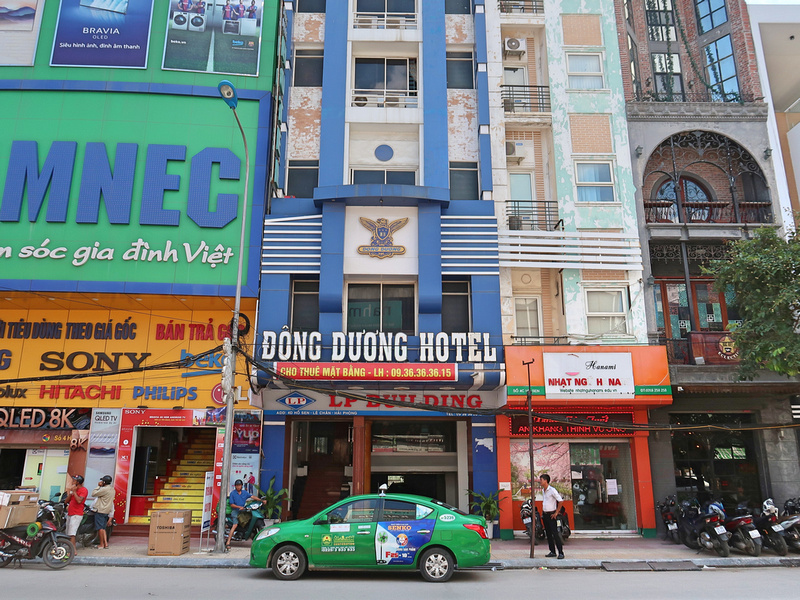 I stayed at the Dong Duong Hotel in Haiphong, Vietnam. This was my first visit to Haiphong and I wasn’t aware of which area was a good place to stay. I just looked for the old town area and railway station, and picked somewhere around there. Dong Duong Hotel ended up being a good pick as it was in a walkable location. I was worried that is was on the other side of the railway tracks to the old town, but the city area is fairly compact. The rate was $11.35 USD per night, which was one of the cheapest offerings.

I have seen the name Dong Duong around Vietnam, and it means Indochina. For pronunciation, the first D has a strike in it so it is a hard-d sound. The second D has no strike to it sounds like Z in the north (such as in Haiphong) and it sounds like a Y in the south.

After being checked in by a friendly receptionist I went to my room. 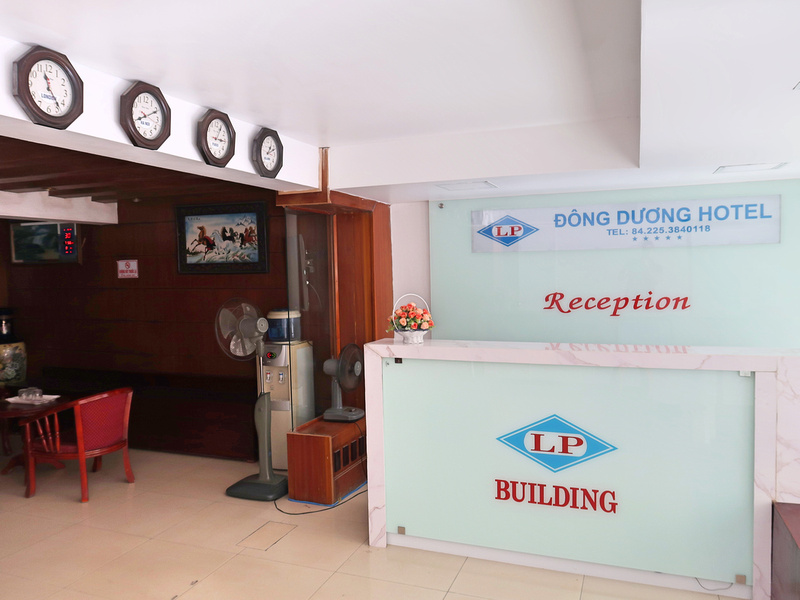 I got a double room with private bathroom. The room had a fan and air conditioning, and it was so hot when I was there that I needed both of them on at the same time. The room was in good condition, though the purple and green paint job made it look a little tacky. 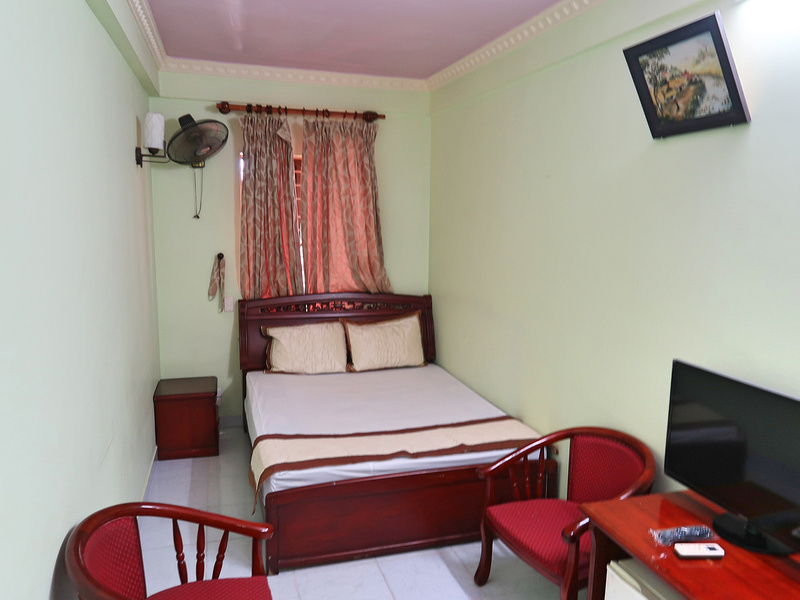 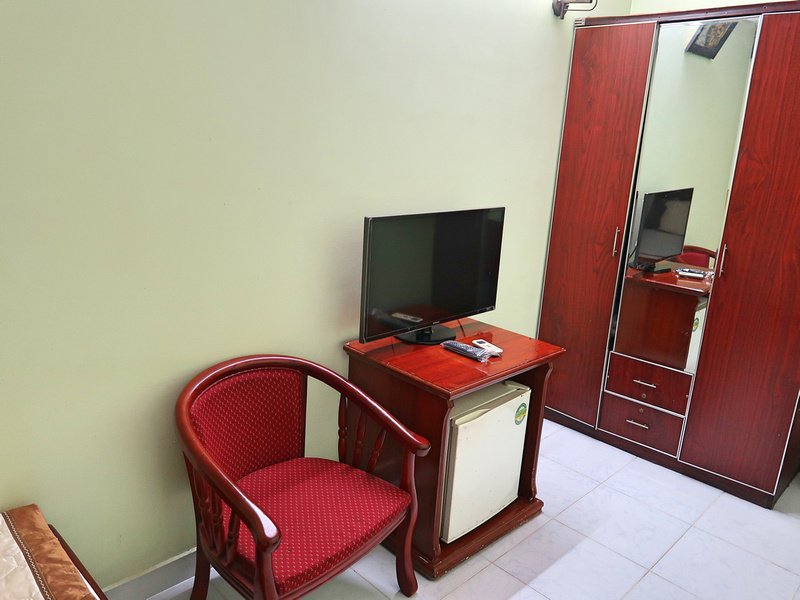 In any other country I would check to make sure the water is free in the hotel room. Usually the water is free, but sometimes it isn’t. In this case was it was 15,000 VND ($0.64c) which is reasonable for a hotel (the same bottle is about 5,000 VND in a shop). 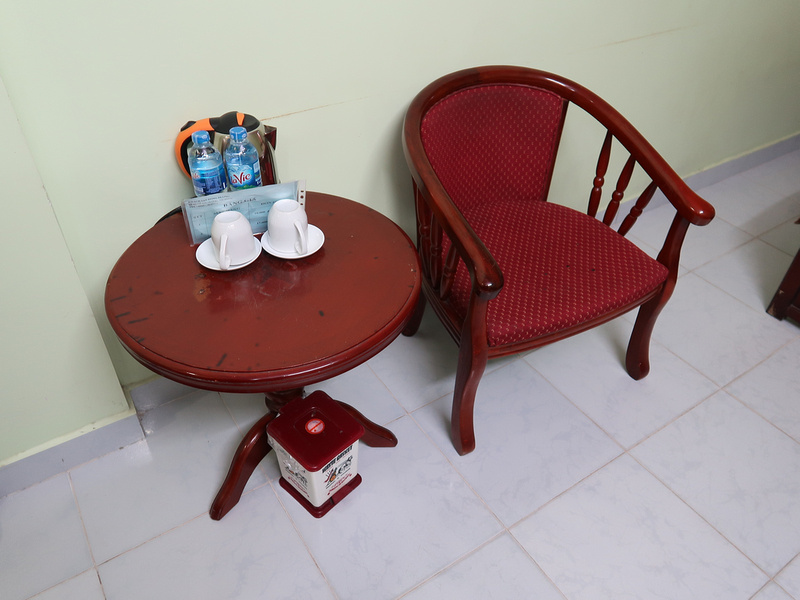 The bathroom was ok apart from the hot water not always working on command. 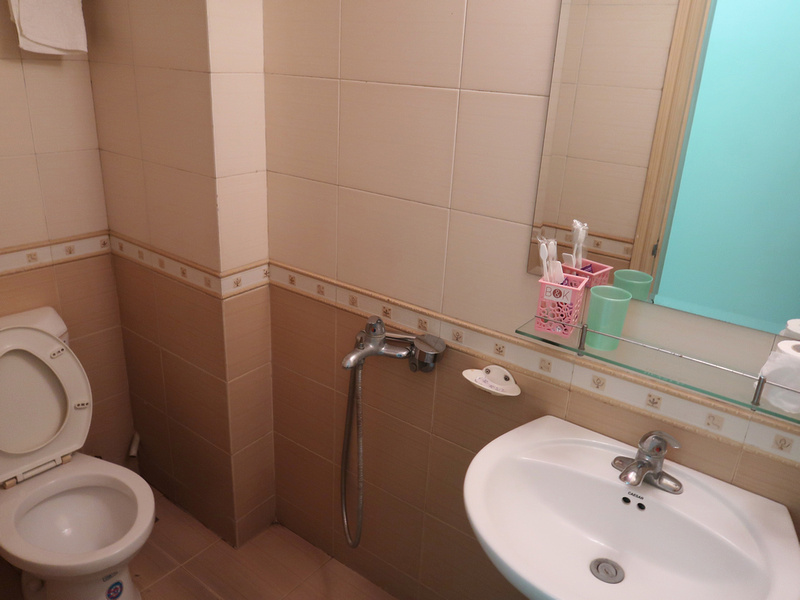 There is free wifi in the hotel, though I had problems with the reception in my room. It might have been that I was the last room in the hallway. 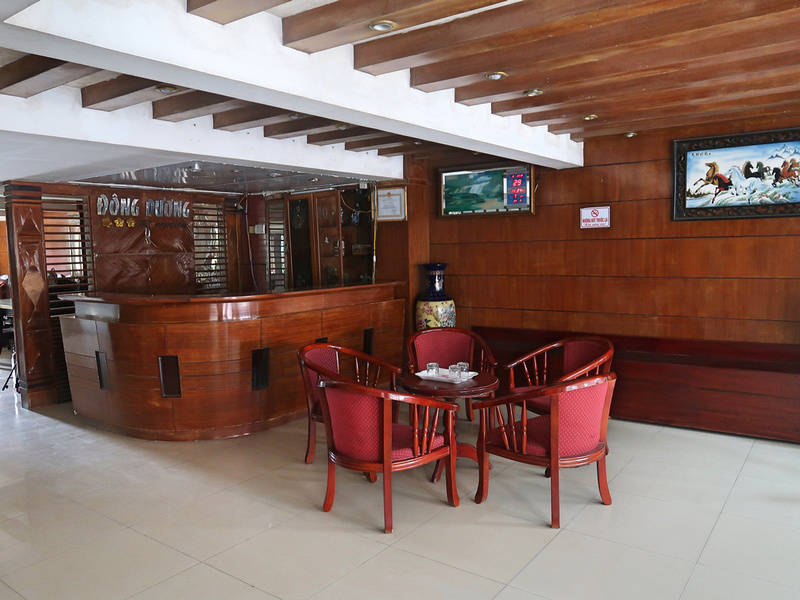 There is no breakfast service here so I went to a market nearby on Hai Ba Trung Street. I ended being able to walk everywhere from here, and I got a Grab taxi to the railway station when I left. 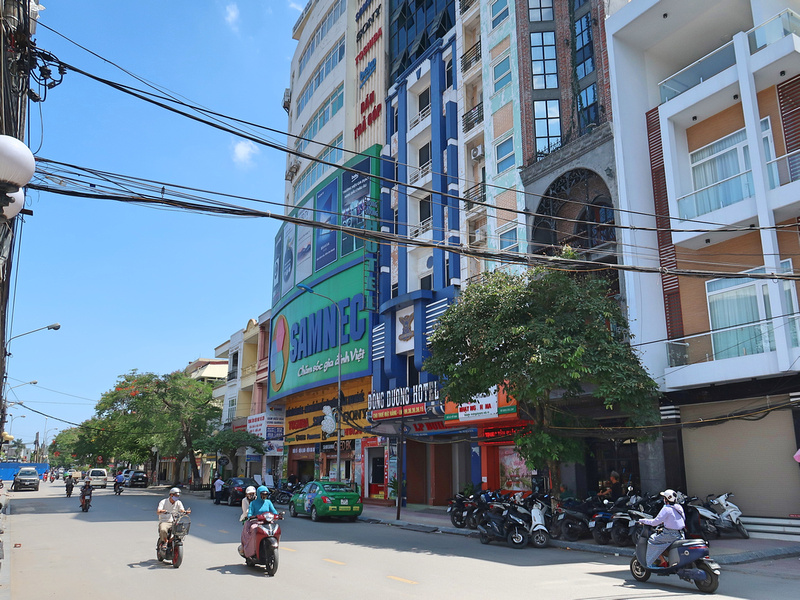 Overall this was an adequate place to stay as a budget hotel in Haiphong. If you are just looking for a cheap private room then this will do, otherwise for a few more dollars you could find something a bit more modern. Book the Dong Duong Hotel online or search for more hotels in Haiphong.