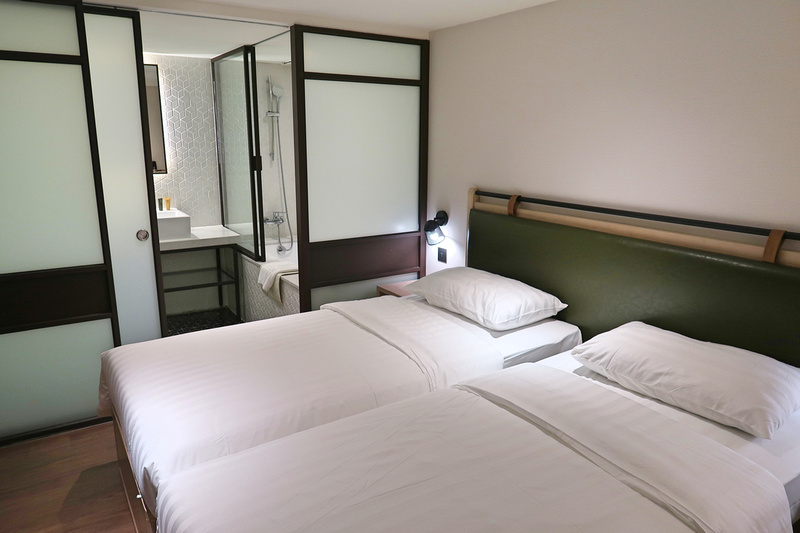 The hotel is clearly marked on Google, and exiting the airport station was easy enough as the multiple underground exits are also clearly marked. It was only when I got to the hotel that I walked right by it. The hotel is in what looks like an office or apartment building, and there is no signage out the front. 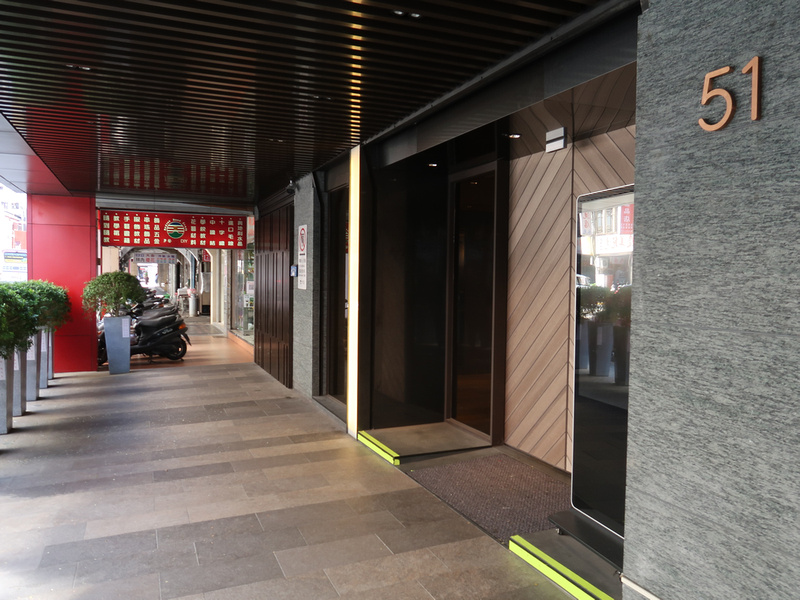 Eventually I worked it out and once inside I was greeted with an automatic checking in facility. This was the first time I had used a self check-in service, and after just arriving from Vietnam I felt like I had stepped into the future (a common feeling in general when travelling to East Asia).

There was an attendant on hand as well to help people like me who had no idea what they were doing. After scanning my passport and validating a key card I was checked in. 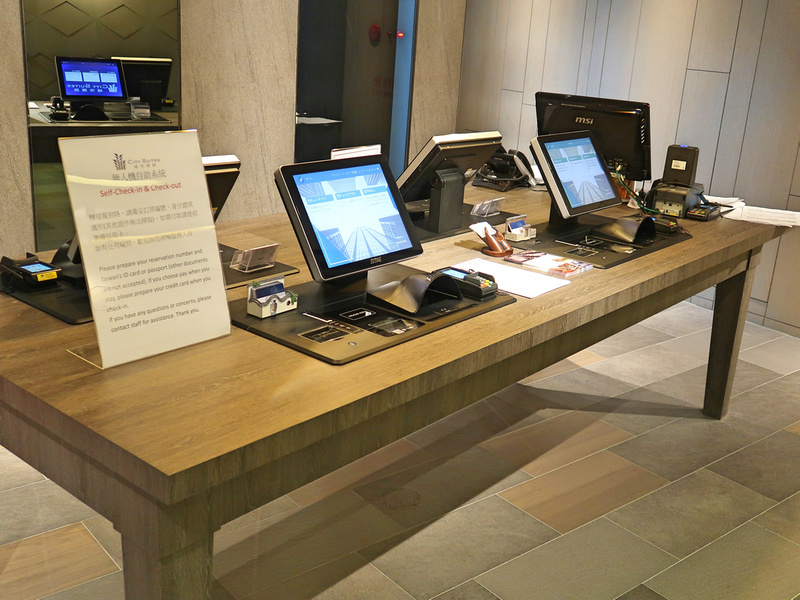 I got a twin room with private bathroom. The room had no windows, which I knew when I booked. I usually try and book a room with a window, but in this case I was leaving the next morning so I figure a day in a hotel bunker will be ok.

The room itself was nice, and the bed was comfortable.

A narrow but usable work desk on the wall. 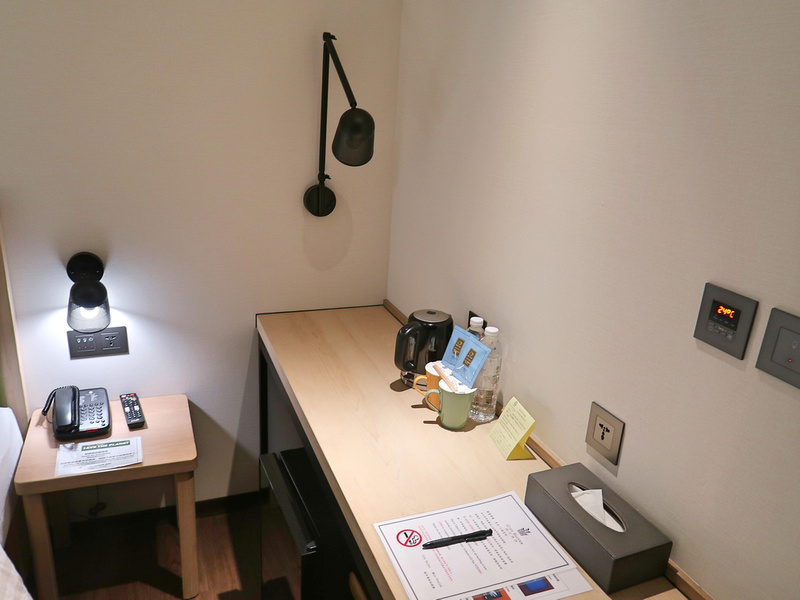 Make your own tea in the room. There is also a water dispenser in the hallway, which I think hotels should be using instead of water bottles. 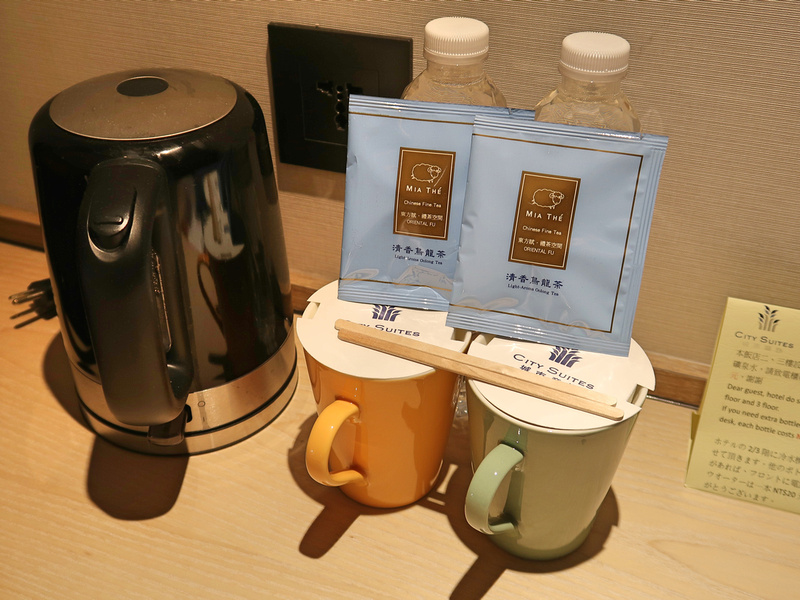 The bathroom was clean and spacious with a good amount of room around the sink. 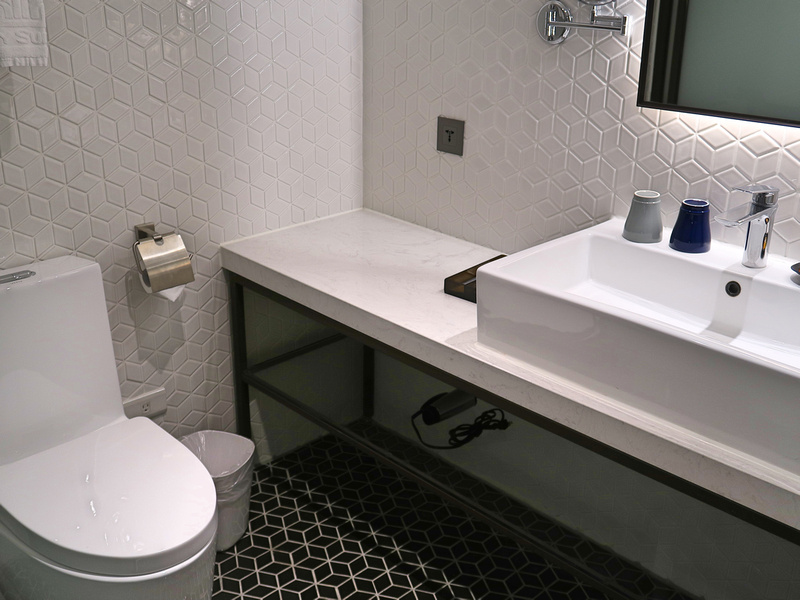 A supply of toiletries. 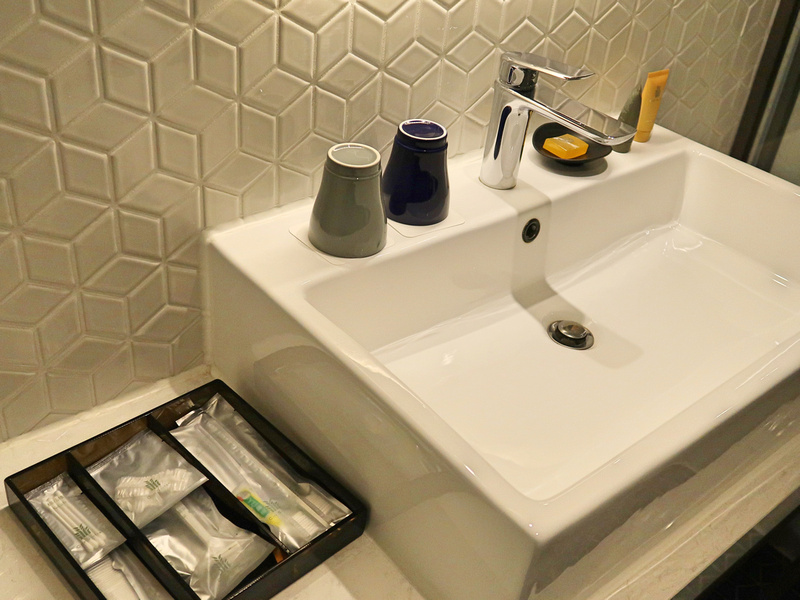 The only thing I didn’t like was the bath/shower combo. I prefer walk-in showers, and this particular bath was too high for my liking. I know people like having the option of a bath, but I only like that if it’s a separate space, and at that point that would only be in 5-star hotels. 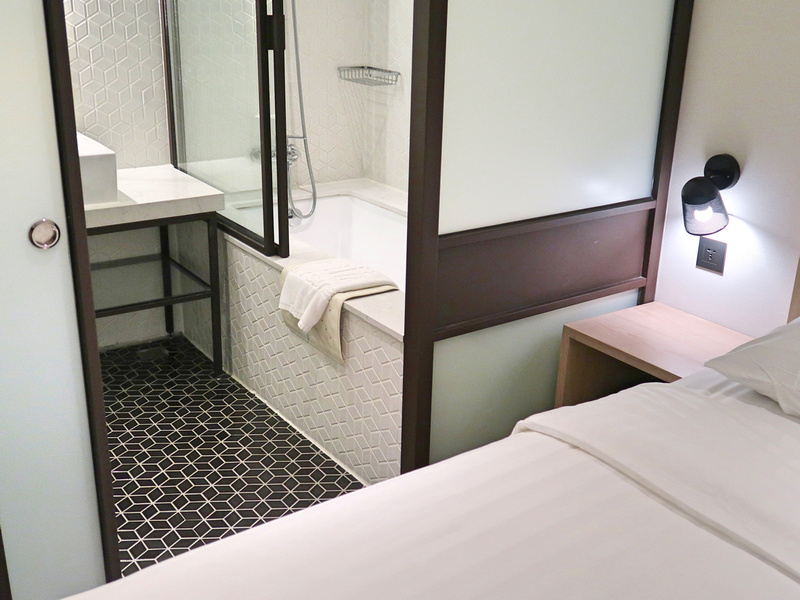 There is free wifi in the hotel and I had no problem with the connection during my stay. Checking out was a just a matter of scanning your keycards at the auto reception.

As I mentioned the location is great if you are needing a quick getaway from the main train station. It’s also a 10 minute walk to the Ningxia Night Market, and also walkable to the popular Ximen shopping area.

Overall this was a good place to stay in Taipei, and the auto check-in was an interesting glimpse of what future hotels (or apartment rentals) might look like.