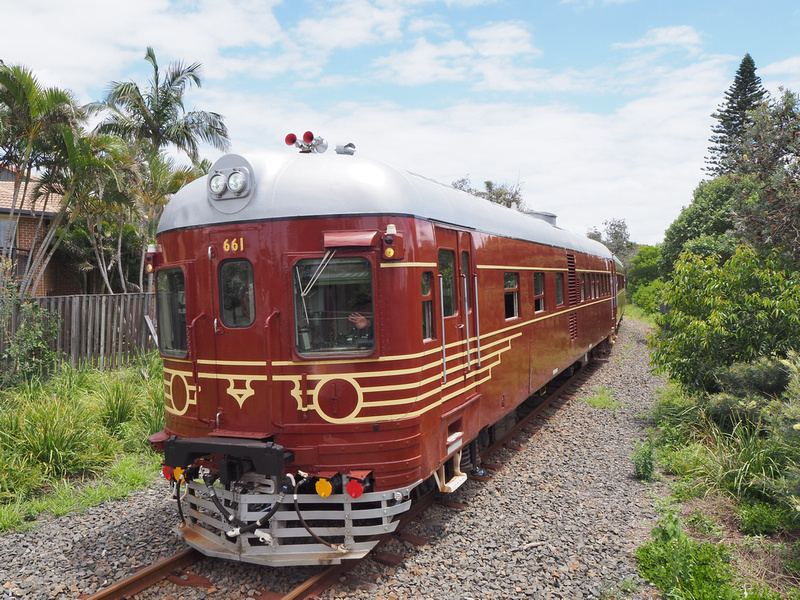 Byron Bay is one of the most visited regional towns in Australia, receiving over 1.5 million visitors annually. It became famous for its surfer and hippy culture in the 60’s, but they long ago got priced out when cashed-up Sydney-siders and Hollywood stars moved in. It still retains an alternative vibe though, with eco-friendly shops and organic farmers markets all over town. With this environmentally-friendly outlook firmly planted in the towns psyche, it’s not surprising that Byron Bay is home to the world’s first solar-powered train.

Bryon Bay is in northern New South Wales, near the NSW-QLD border. Byron Bay used to be on the Murwillumbah railway line, which branched off from the Sydney-Brisbane rail corridor at Casino. Like most other regional branch lines in Australia, the line was eventually closed down. 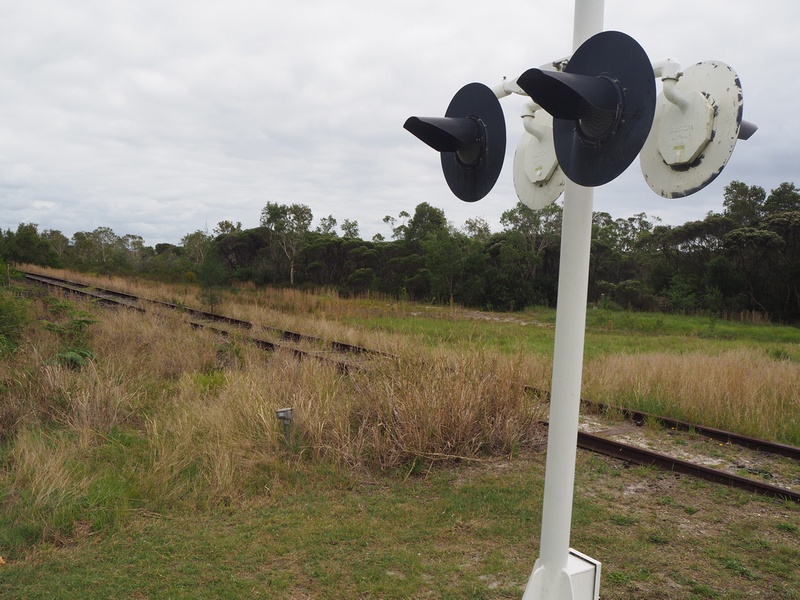 There have been calls for the railway to be restored, and other groups have proposed a walking path (a popular solution to disbanded railways around the world). In Byron Bay a short section of the railway has been resurrected by the Byron Bay Railroad Company, who run the world’s first solar-power train. 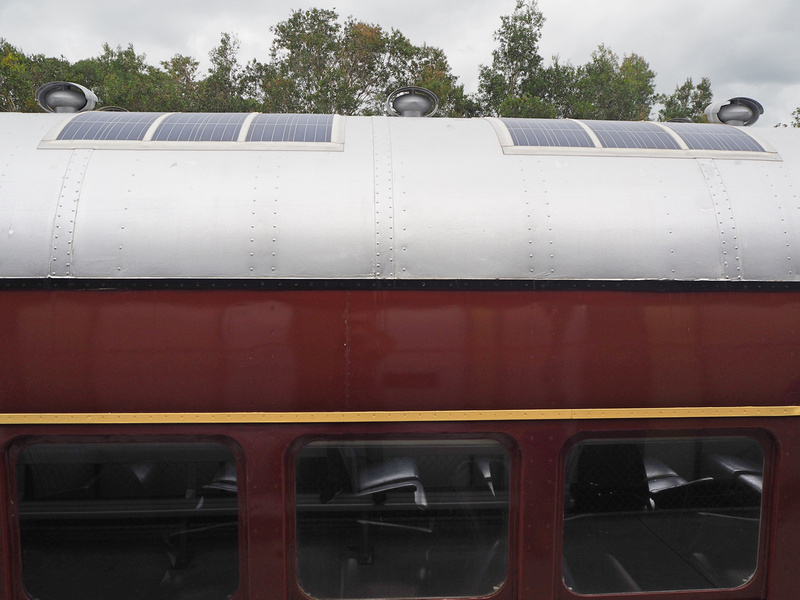 The railway runs from Byron Beach to North Beach on a three kilometre section of the former Casino-Murwillimbah line. While it’s not really useful as a method of commuting, it has proved to be a popular tourist attraction. 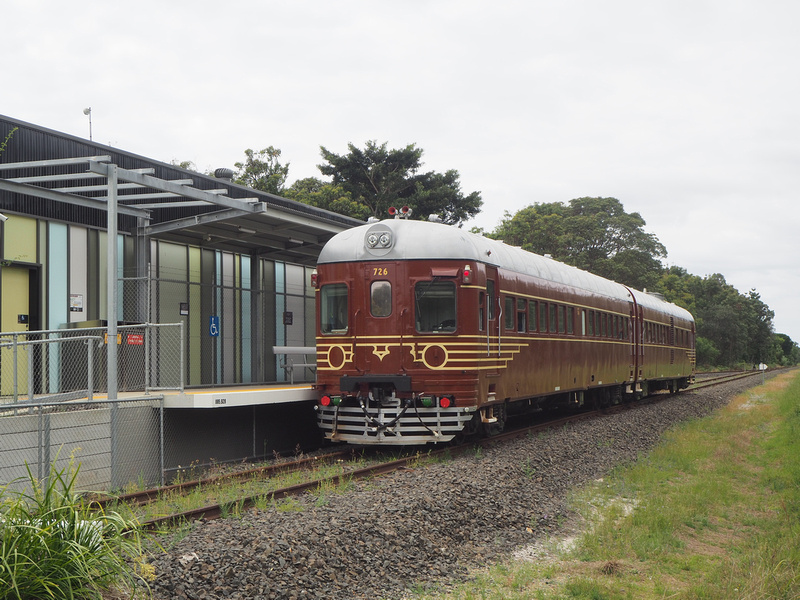 The service uses two refurbished railway carriages from the 1940’s, when seats were more like lounge chairs. 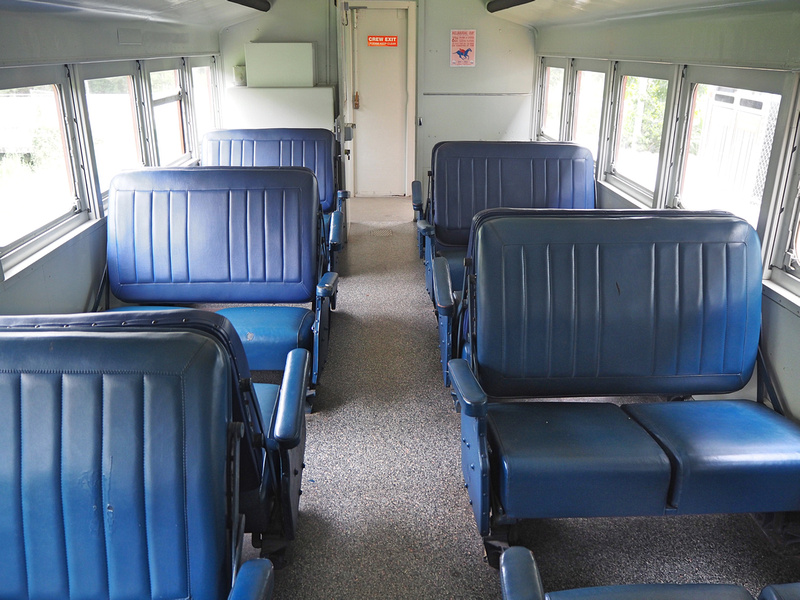 And the climate control was with ceiling fans and gas heaters. 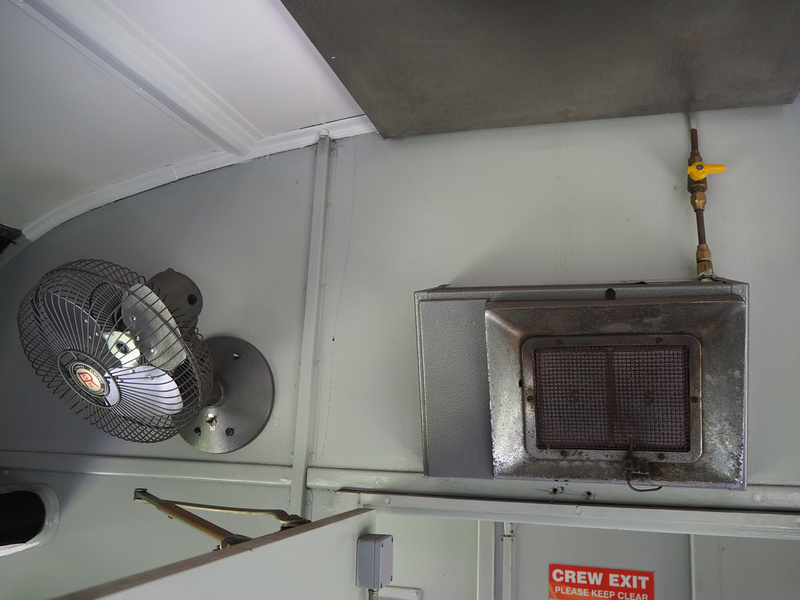 If you’re staying in Byron Bay, get the train from Byron Beach station to North Beach station. At North Beach there’s a cool neighbourhood that has formed by artists priced out of the town centre. There are artists warehouses and cafes, and it’s been likened as the Brooklyn of Byron. 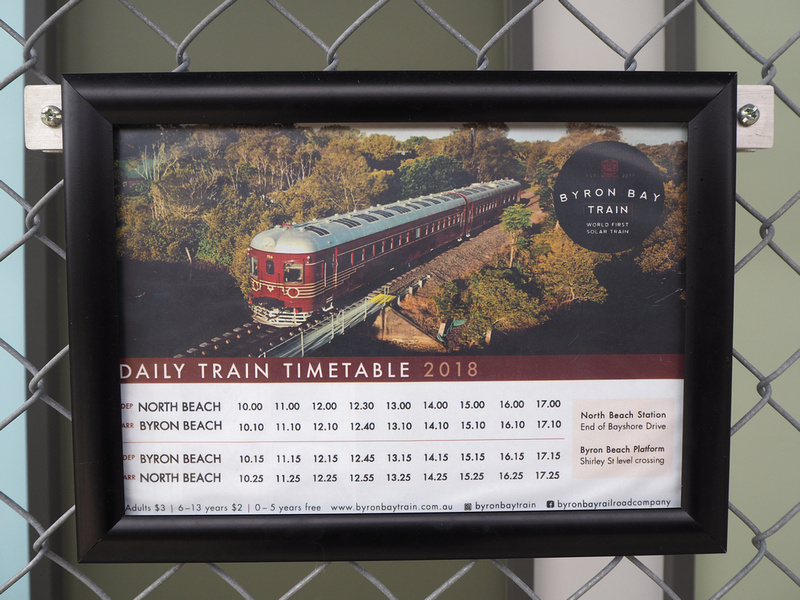 I was staying out of town with a friend, so we did the reverse. We parked at North Beach and got the train into town. This is a good way to go into Byron as it saves you looking for a park in the busy town centre.

My friend I went with has a 5-year old son, and little boys are the magical key for opening the door to the train drivers cabin. The antique mechanical controls have a dieselpunk aesthetic compared to modern computer-driven trains. 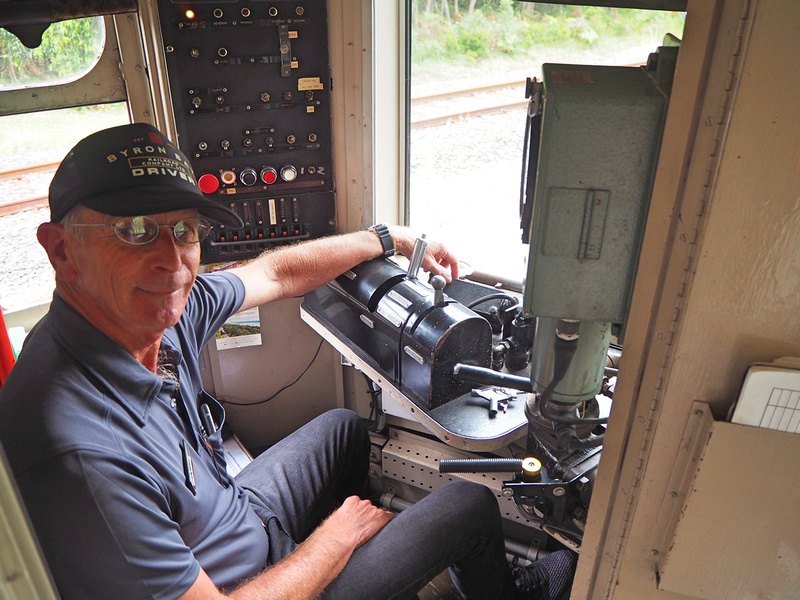 Riding the train got me thinking about the future of railways in Australia. There has been a decades-long debate about whether to build a high-speed train along the east coast. Even at it’s fastest though it would still struggle to compete with flying. 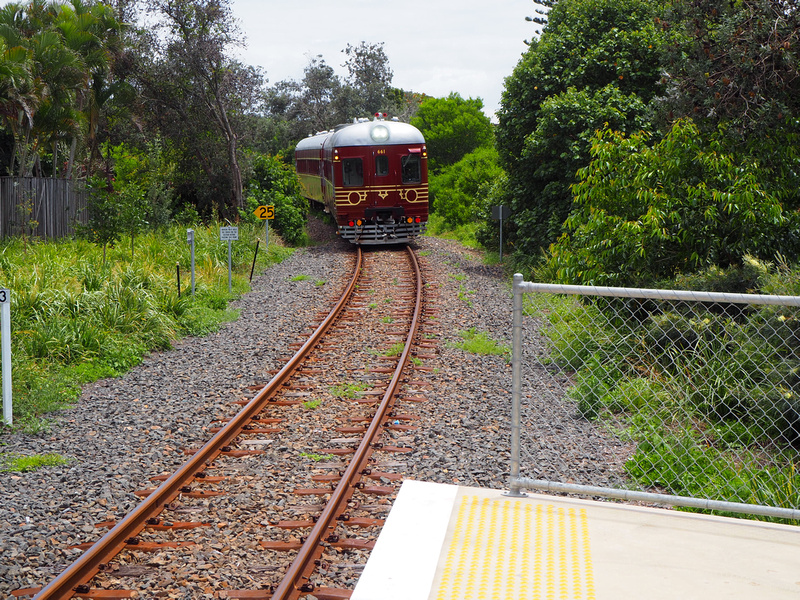 Most Australian railways are diesel-engine trains, with only the city metro services being on electric. Perhaps the solution would be to rebuild the railway tracks for faster travel, but not electrifying the railway. Instead just run electric battery engine trains. If they could be solar powered in the future then great, but for now electric battery trains would be ideal. You could have charging stations at major stops, and pre-charged batteries can be swapped out at stations. There have already been advancement in electric railway technology, and it would save the need for having to wire a 960km railway corridor between Melbourne and Sydney.

As for the Byron Bay train, it would be great if the Murwillumbah line could be restored as a fully-functioning commuter line. Since the line was closed in 2004 the region known as the Northern Rivers has boomed, with the popularity of Byron Bay creating ripples of prosperity through the area. The old railway goes through Mullumbimby and Bangalow, both of which have experienced population growth as people move beyond Byron. The government has been looking for ways to get people to live regionally and take the pressure of the burgeoning populations of Sydney and Melbourne. Restoring regional railways should be part of that plan. The restored line could also become a testing ground for electric engine trains in Australia.

This is Australia though, where big audacious infrastructure ideas are left in the too-hard basket. In the meantime if you go to Byron Bay, just enjoy the ride of this solar-powered project.