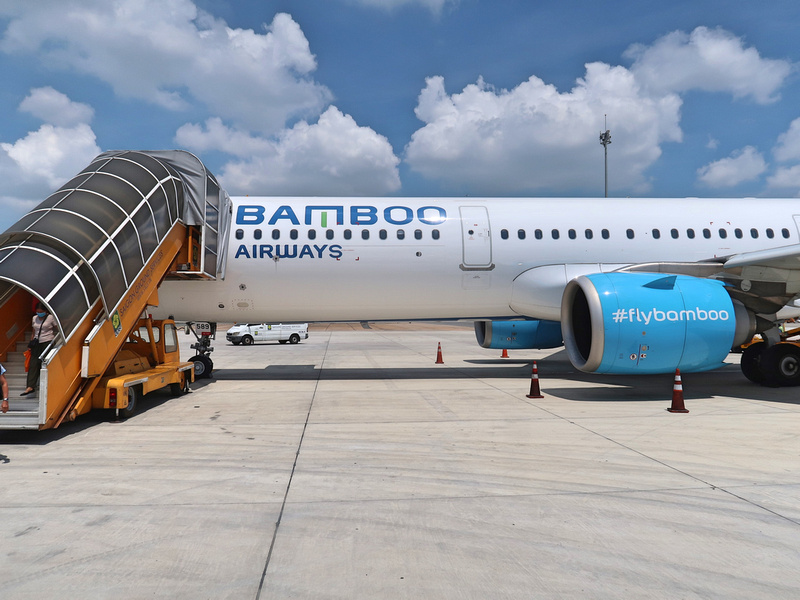 I flew with Bamboo Airways from Quy Nhon to Ho Chi Minh City. There are flights available from the four major Vietnam airlines (Bamboo, Jetstar Pacific, VietJet Air, and Vietnam Airlines), so I compared flights and prices with Skyscanner. I went with Bamboo Airways for the combination of price and time of day.

The cheapest flight was showing at $2, though of course there are add-ons and taxes. 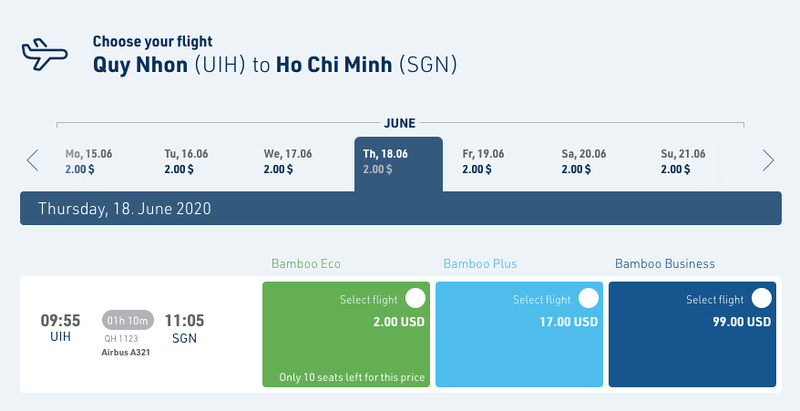 I added a checked bag for another $7. 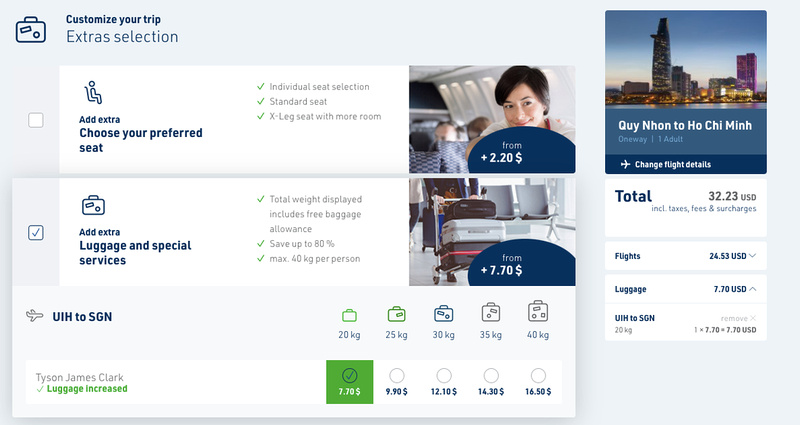 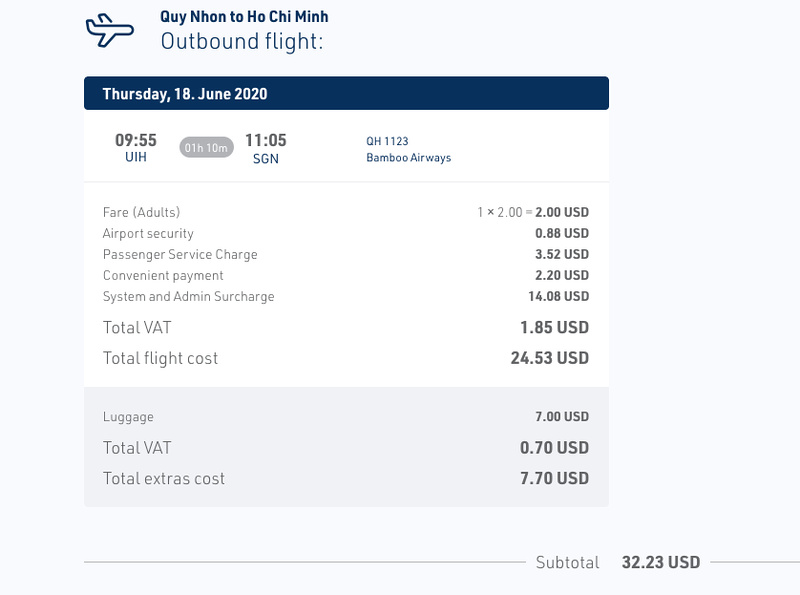 Bamboo Airways are Vietnam’s newest airline, having begun service in January 2019. It turned out that 2019 was a boom year for Vietnam aviation. I took my first Bamboo flight from Hanoi to Ho Chi Minh City in 2019, and they have since been expanding domestically and internationally. Then 2020 happened, which is not a great year for airlines and travel in general.

At the time I took this flight Vietnam was in its own safe travel bubble, which was how I found myself travelling while much of the world was unable to.

Phu Cat Airport is about 40 minutes from Quy Nhon by airport bus. It’s a small airport, and checking in was quick and easy. 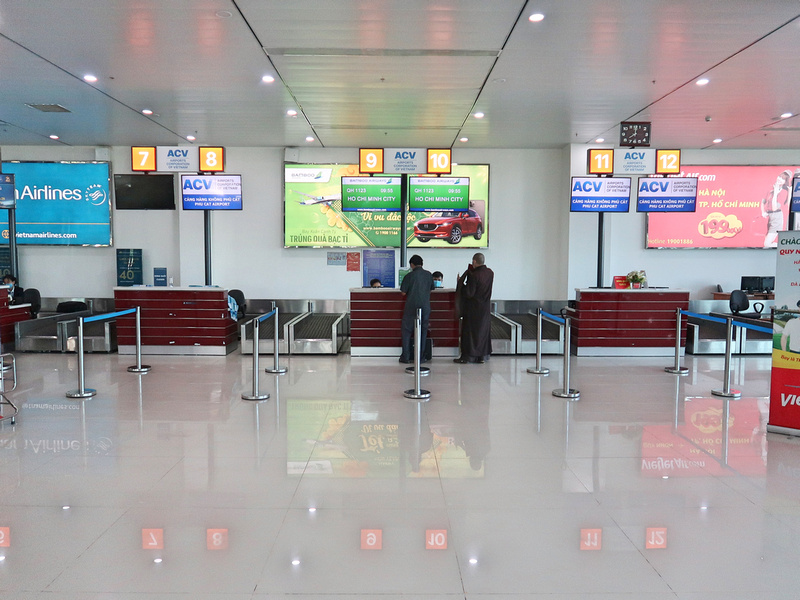 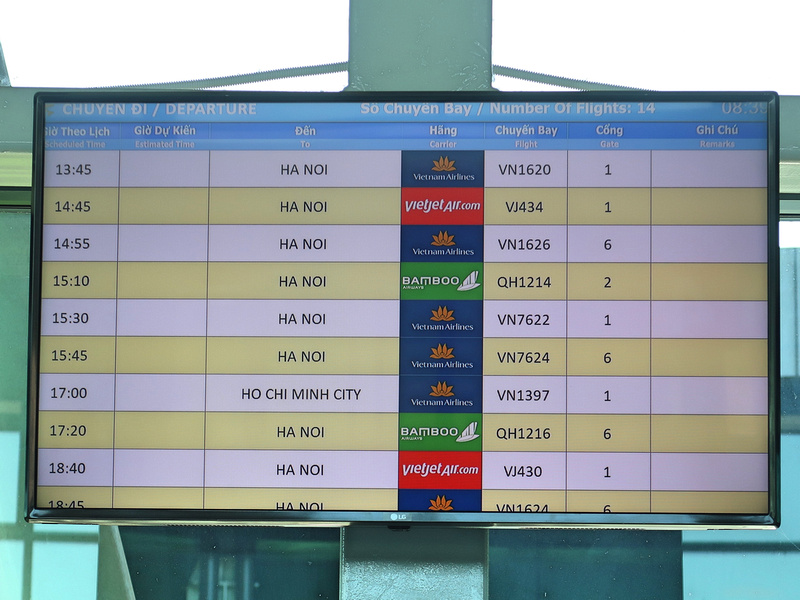 A toilet with a view in the mens room. 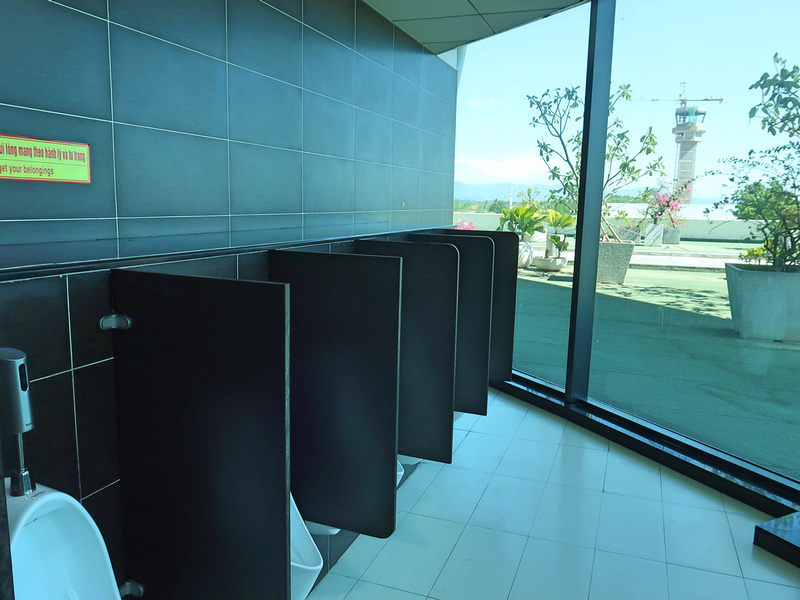 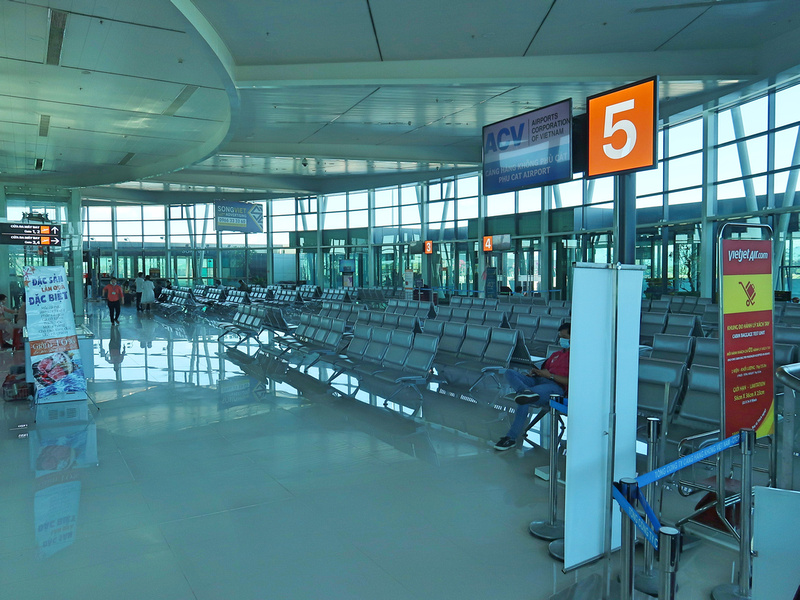 After my rescheduled flight from Da Nang earlier in the month I was bracing myself for another rescheduled flight. At this point while travelling during the pandemic I understand that flights may be changed if there are not enough passengers. Today the flight was scheduled and on time. 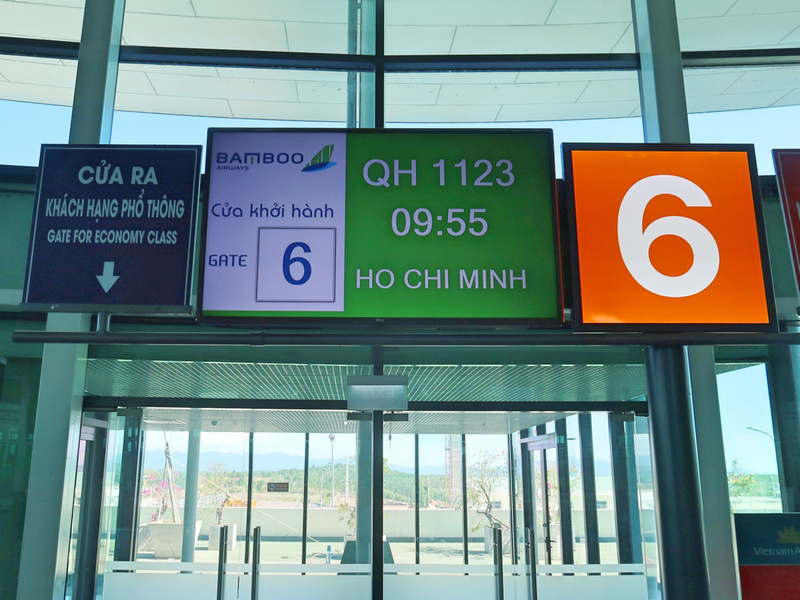 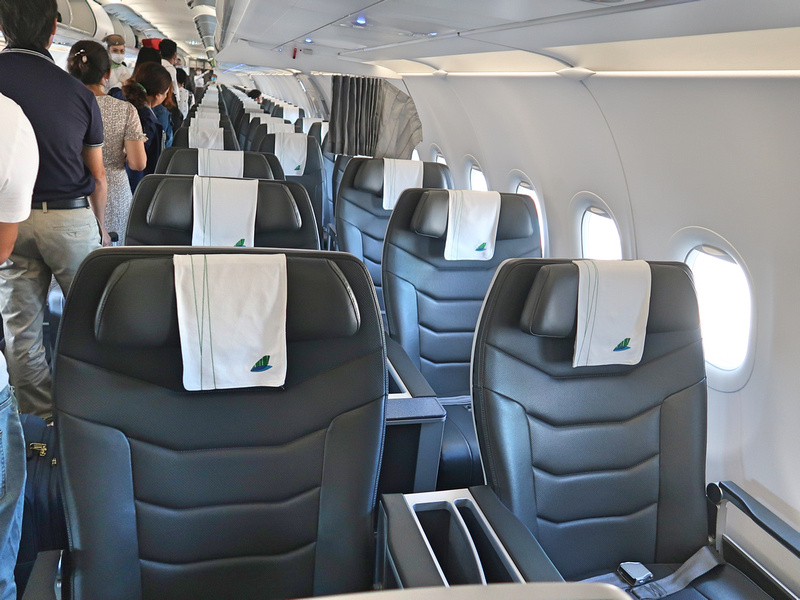 legroom is also in the “full service” category, with more leg room than the average low cost airline. 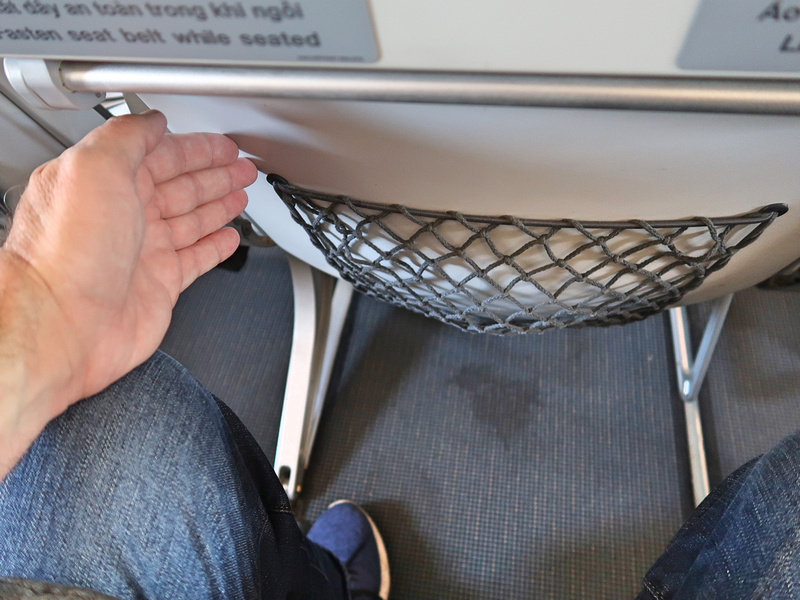 A wet towel and free water is provided onboard. 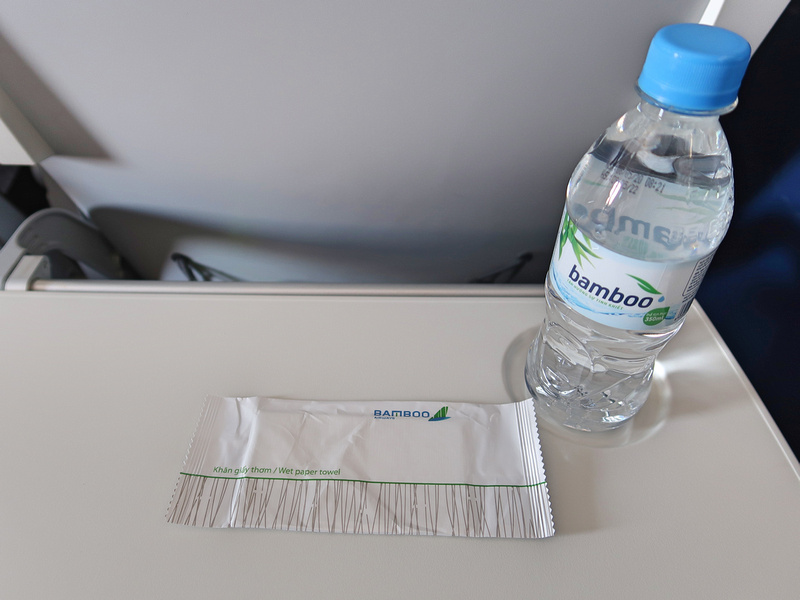 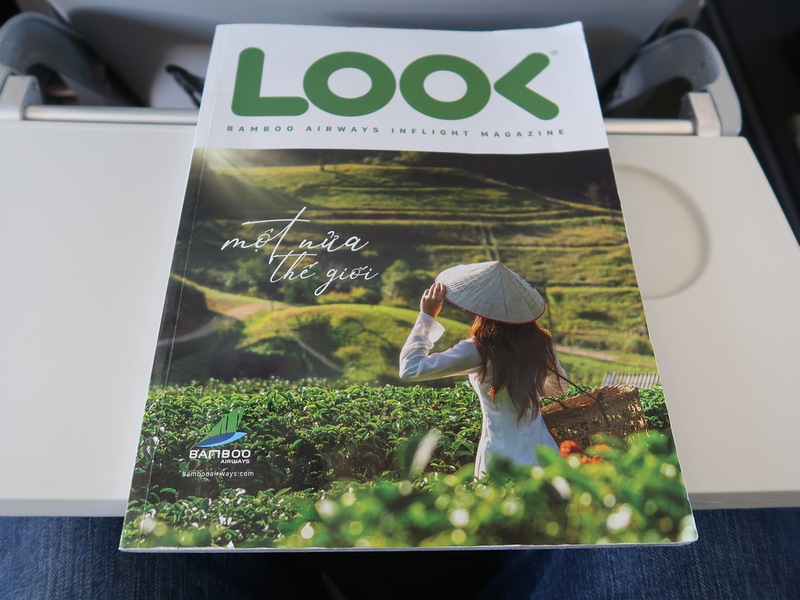 Bamboo Airways are owned by the FLC Group, which is a major multi-industrial conglomerate in Vietnam, with interests in resorts and real estate. As such you can often find package deals that bundle flights from Bamboo with hotels in the FLC group. They have new hotels and resorts in Quy Nhon, and by basing themselves in Quy Nhon they are helping turn Quy Nhon into the next tourist hotspot. 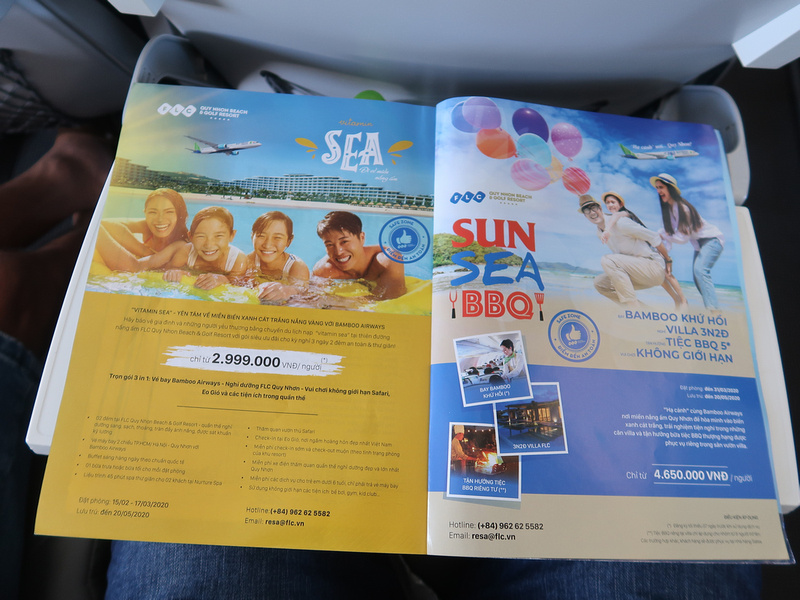 We arrived on time at Tan Son Nhat SGN airport.

We disembarked on the tarmac, as there is a shortage of airbridges at SGN now. 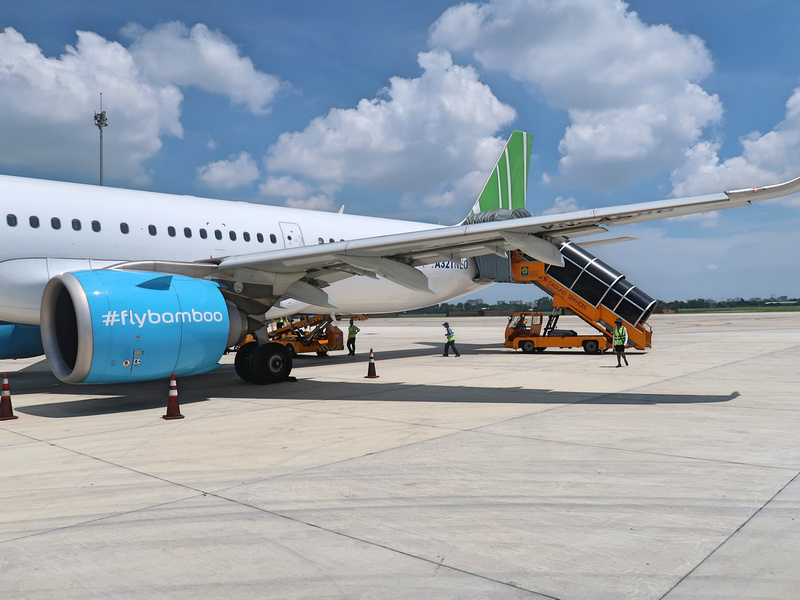 While waiting for my bag I contemplated what other destinations to visit while in Vietnam during these times. 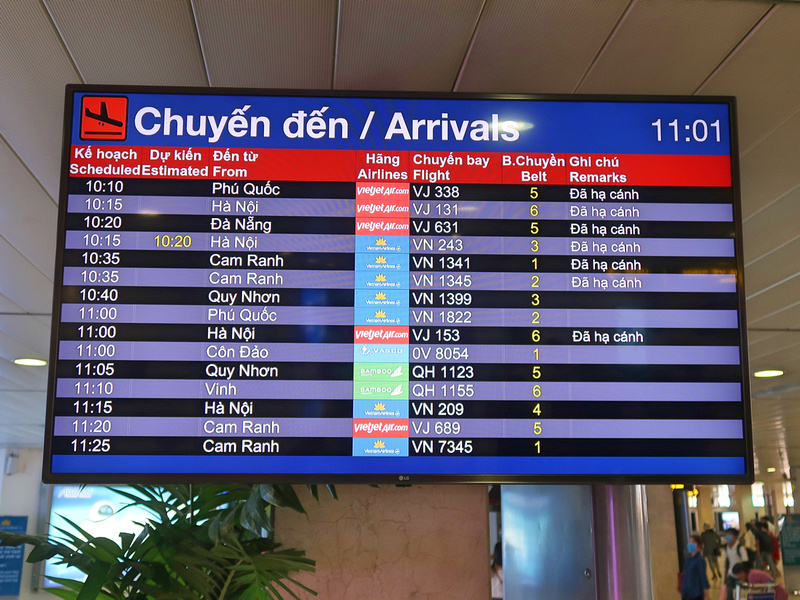 Overall this was a good flight option from Quy Nhon to Ho Chi Minh City. I wish Bamboo Airways good luck in these difficult times.