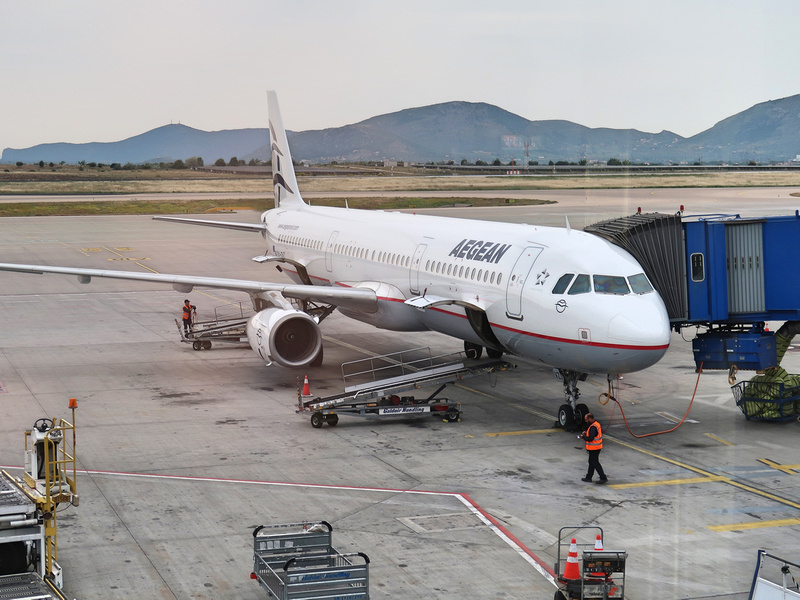 I flew with Aegean Airlines from Athens to London. There are a number of options between these two cities so I compared flights with Skyscanner. In the end I went with Aegean for the combination of London airport (Heathrow), time of day, and airline. There was also a British Airways flight, but I had never flown Aegean so that was also a factor.

There were three flights to choose from, and I went with the first flight of the day. 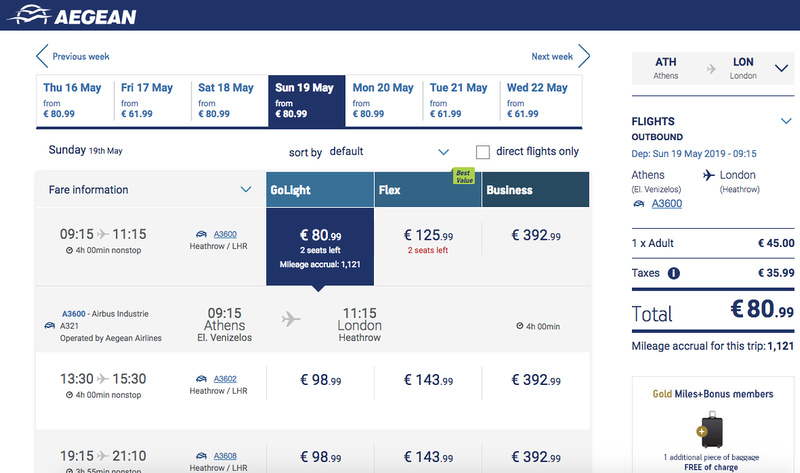 The ticket was €80.99. Aegean is a full-service airline, though it sells unbundled fares as is becoming the trend for legacy airlines in Europe. Exit row seats are sold as an extra service as well. 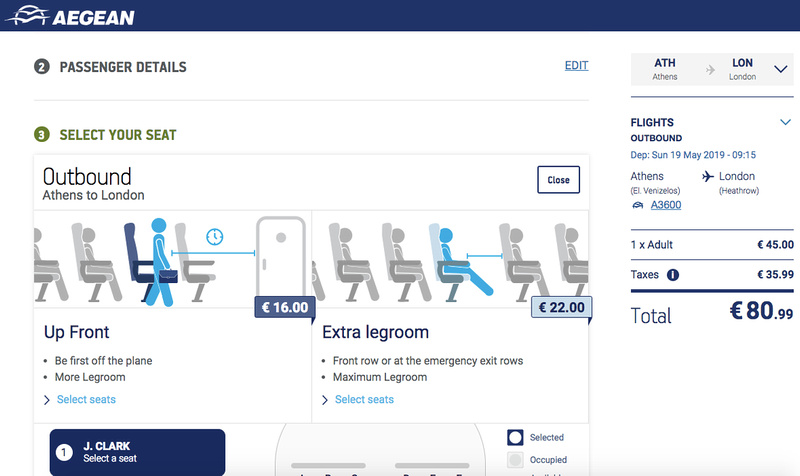 I checked in online so I could pick a seat and save some time in the morning. 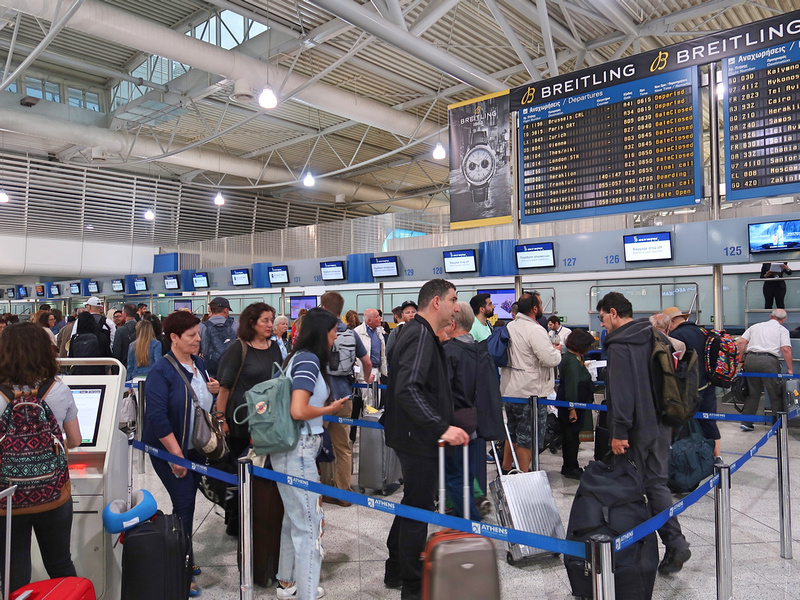 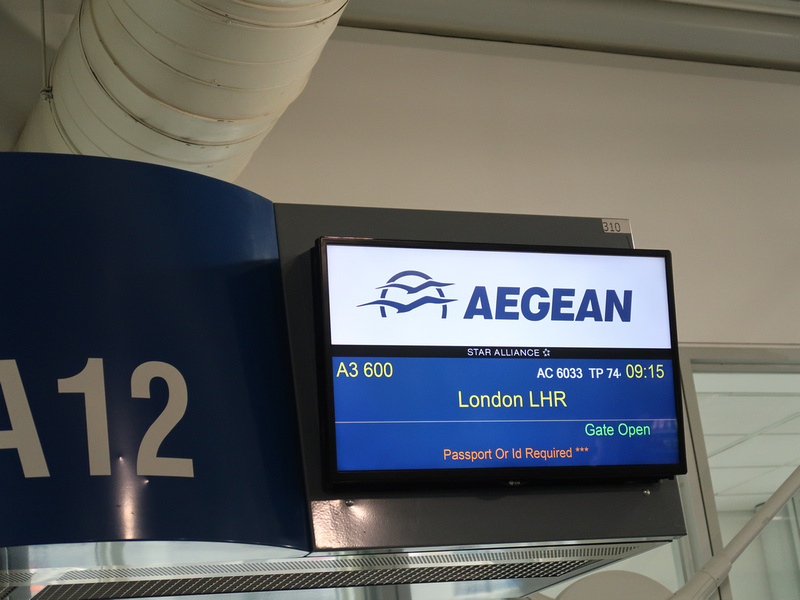 The flight was with an Airbus A321.

When I got in my seat I surprised to find how little leg room there was. This is the sort of legroom that you would expect on a low cost airline like Ryanair. I was not expecting such a tight fit on an airline that is part of Star Alliance. As an added bonus my backseat pocket was broken, so I had to nurse my water bottle during the flight. 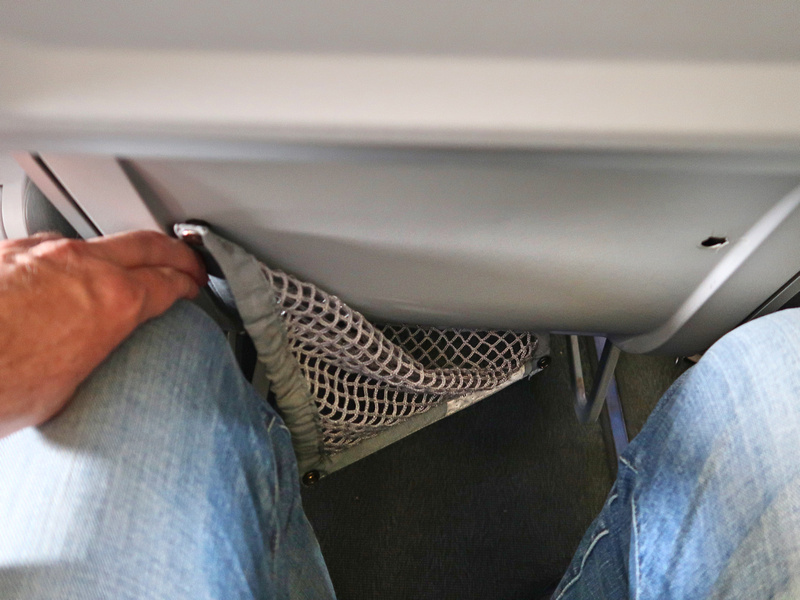 There is a magazine rack in the back of the headrest, so at least my magazines weren’t flying everywhere. 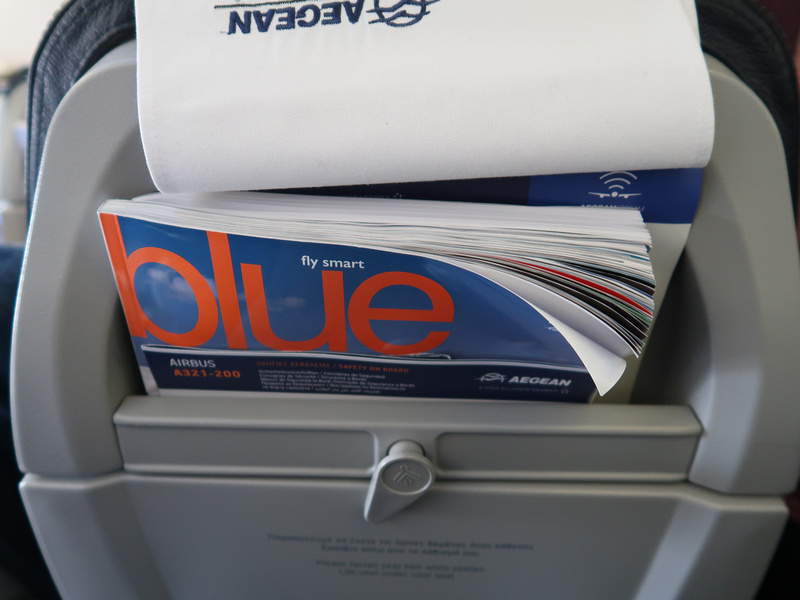 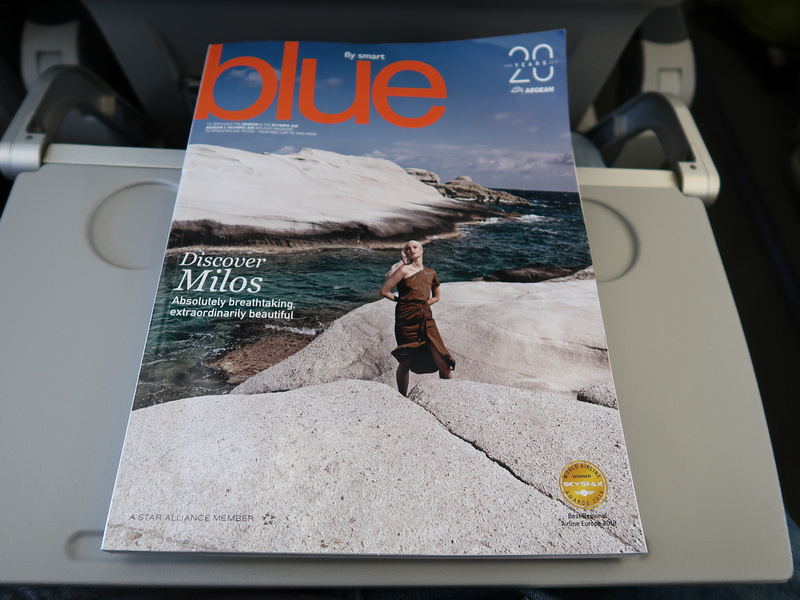 I love maps so I always check out the route map. It’s also good for getting future travel inspiration. 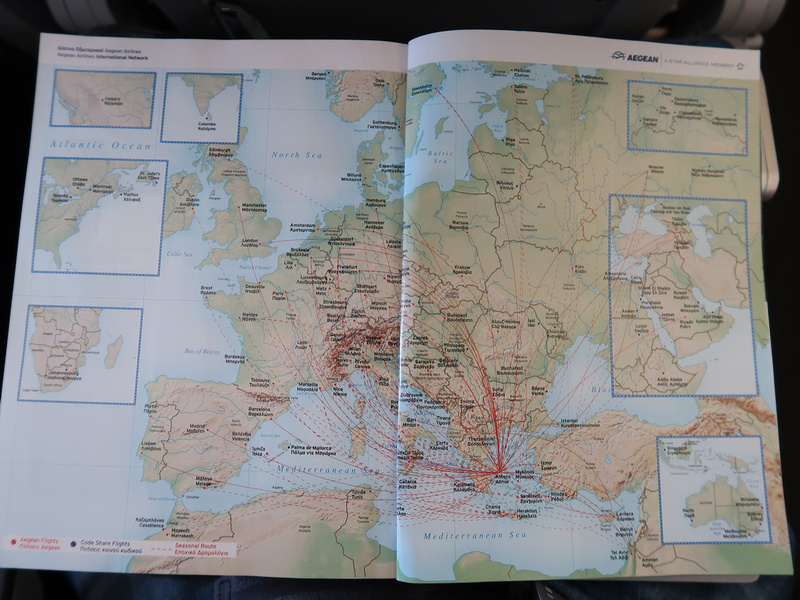 Aegean Airlines is a regional airline flying to destinations around Europe and the Mediterranean, operating with A320 aircraft. For domestic flights the flights are flown under the Olympic Air brand using turboprop aircraft. 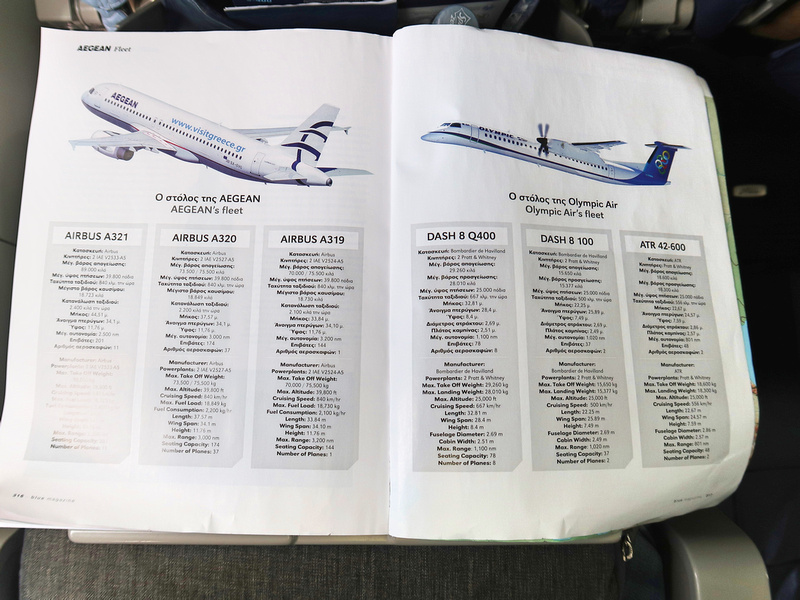 There is inflight wifi available, though I didn’t try it out. I enjoy the enforced internet downtime that comes with flying. 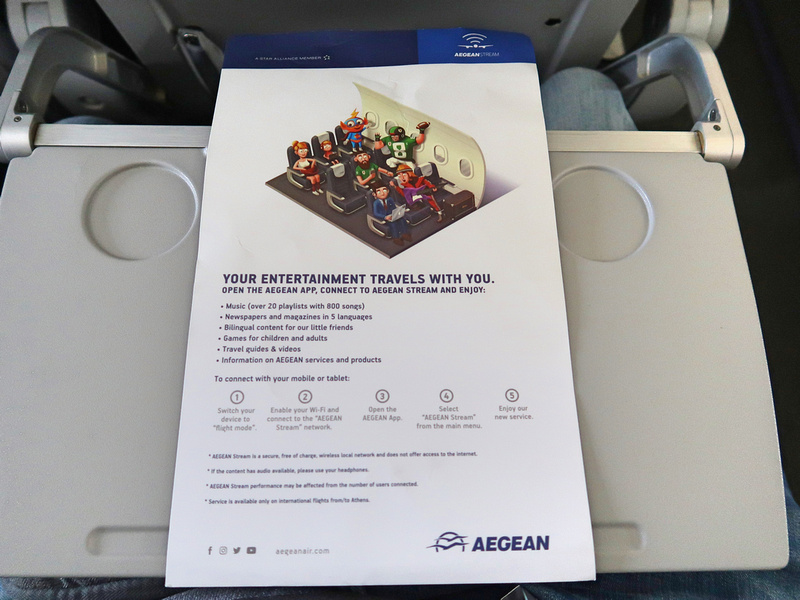 Aegean Airlines is a full service airline, and a meal is included in the ticket price. This was a morning flight so breakfast was served. I got an omelette and coffee. 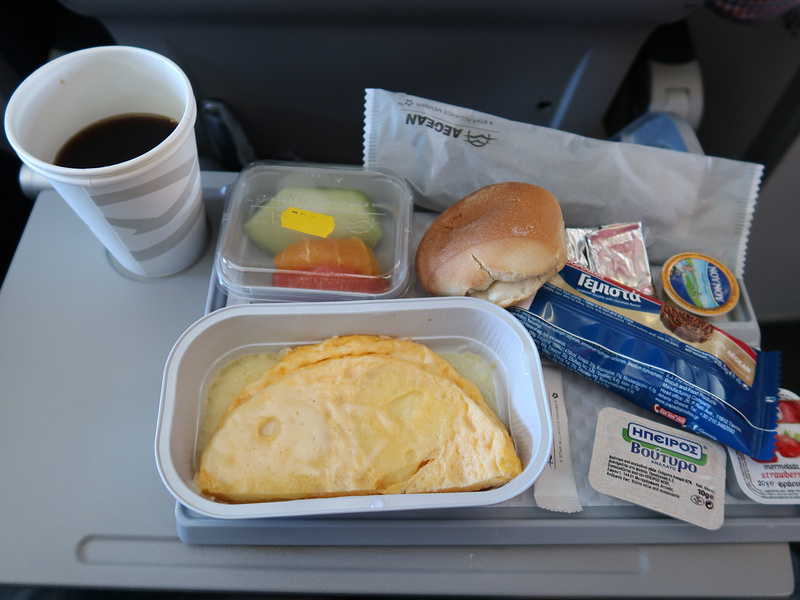 There are no personal entertainment units, which you wouldn’t expect on inter-European flights. In-cabin screens showing the flight progress are shown. 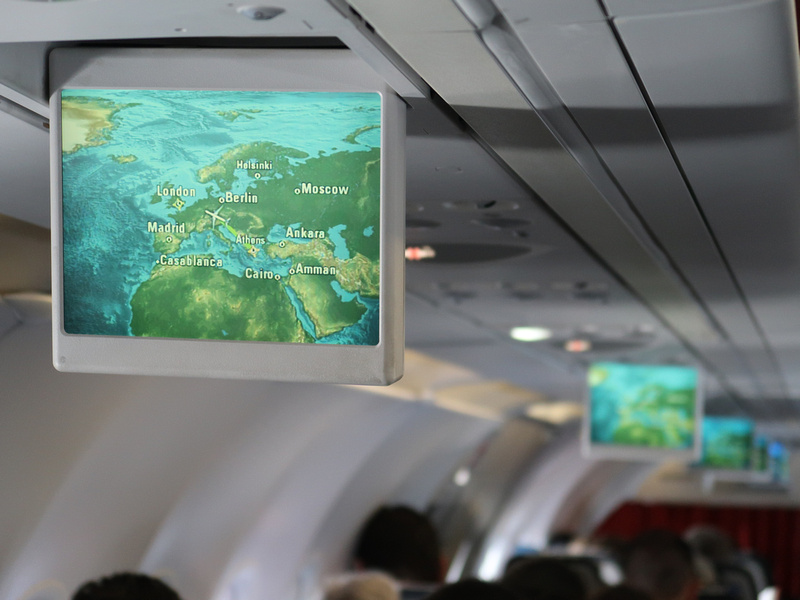 Aegean was ranked number 1 on a list of best regional airlines in Europe in 2018, and again in 2019. If it wasn’t for my seat with such little legroom I might have agreed with the ranking. Other than that I enjoyed the airline and service overall. 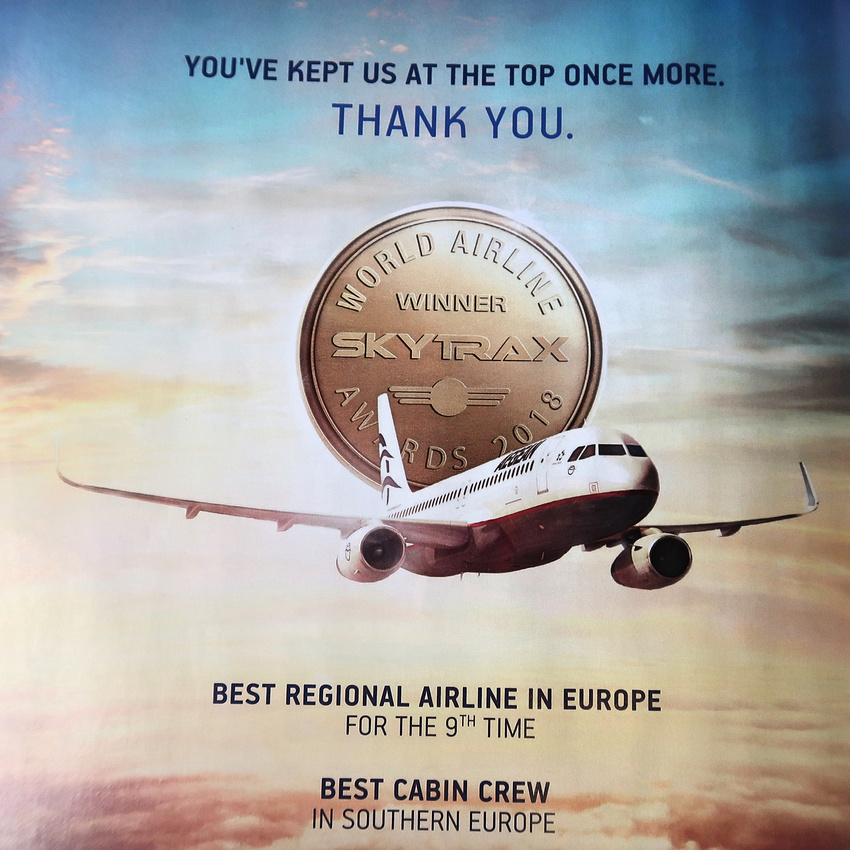 I’m planning to do more Greece travels in the future, so no doubt I will be flying Aegean again.