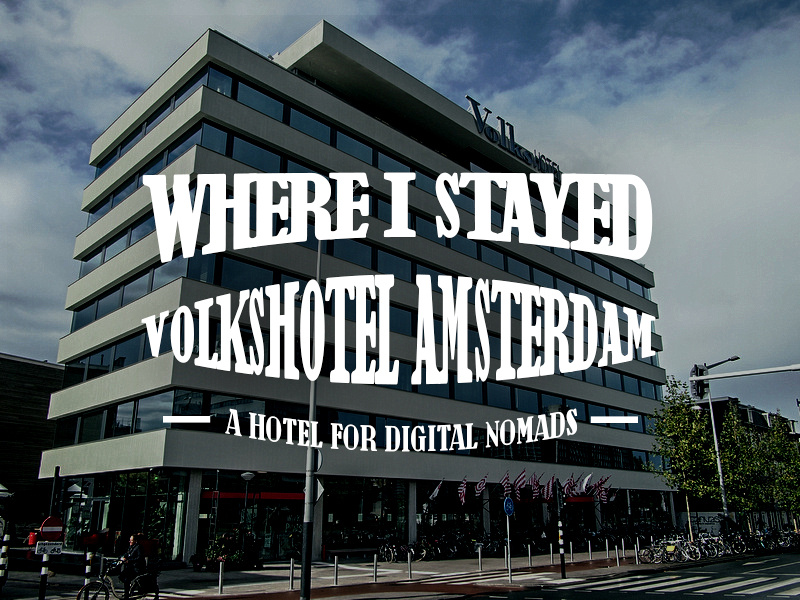 I stayed at the Volkshotel in Amsterdam as a guest of the hotel (and arranged by Iamsterdam.com.)

The Volkshotel is in the East Amsterdam area which undergone a regeneration over the last few years. The hotel is part of this regeneration story, having once been the offices of De Volkskrant newspaper, and now being a landmark property of the area. 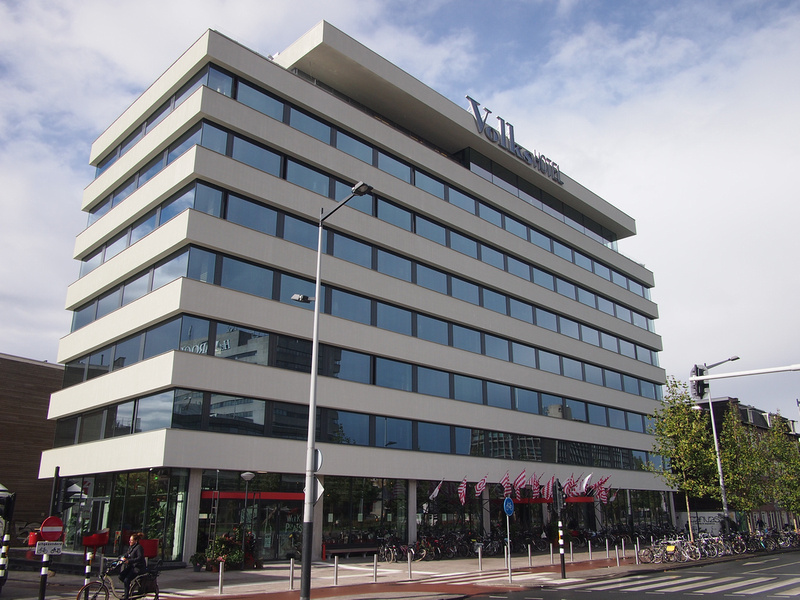 Upon entry into the foyer the reception is attached to a public bar and restaurant area and it appears that the hotel is something of a social hub of this area which has become quite trendy. 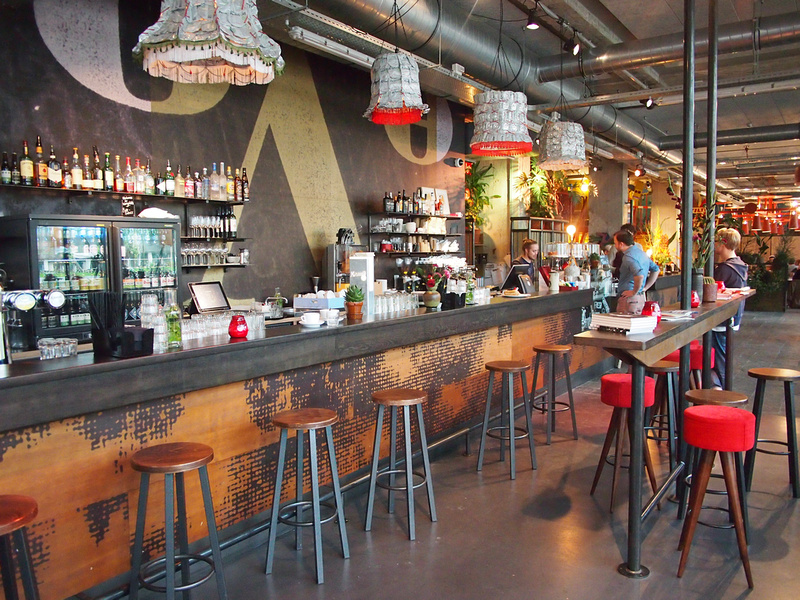 Also in the foyer is a large public working space. People who aren’t staying at the hotel are free to come and work here. I loved this concept. To me it feels like what a modern business hotel should be. I likened it to being a hotel for digital nomads and location independent entrepreneurs and I hope to see more hotels take up this concept of co-working spaces instead of sterile meeting rooms. 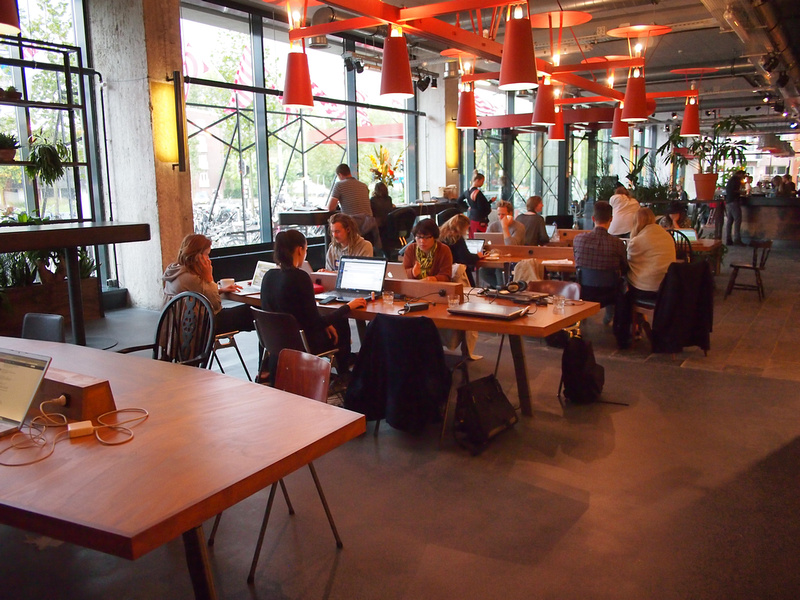 Also on site are some meeting rooms that can be hired out by the hour or day. This hotel would make for a great team meeting venue (groups of 20 max).

On the ground floor there are lots of little points of interest that make the Volkshotel stand out as something a bit out of the ordinary.

I enjoyed this hipster feedback machine (AKA a typewriter). There was paper available so it wasn’t just for display. I also liked this rack of Things To Do cards that the hotel have made themselves, giving you ideas to do beyond the usual Madame Tussauds and Sex Museum suggestions. [Things To Do Cards]

There is also plenty of art installations that brighten up the hotel. 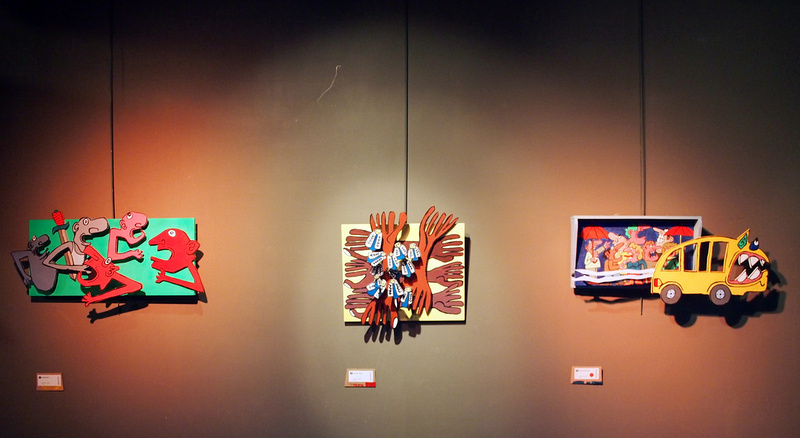 I was soon to find out that art is a big feature of this hotel. The Volkshotel is famous for their special rooms where nine different artists were given a room to decorate at will. Here, for example, is the Bicycle Room. This room is themed like a hunters lodge, with the hunter being displayed as the wall trophy. 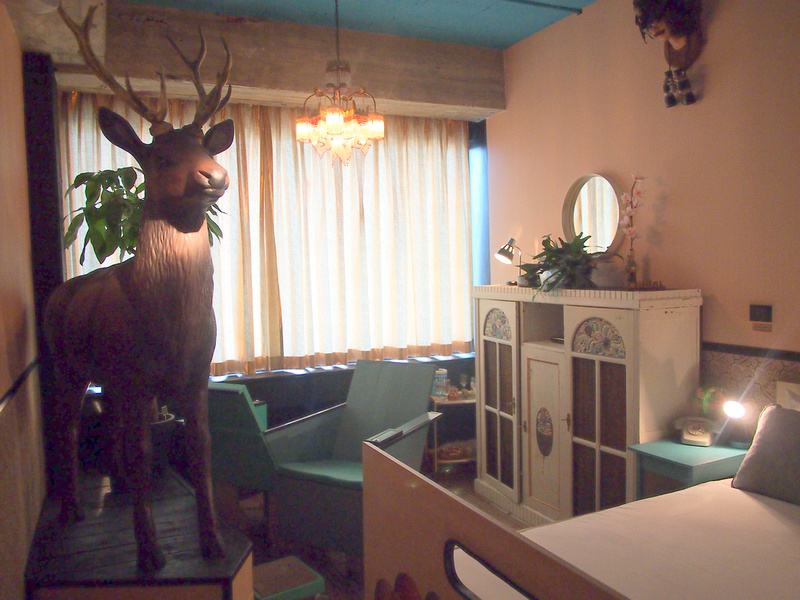 I stayed in an open-plan warehouse-loft style room that had a giant bathtub in the middle. 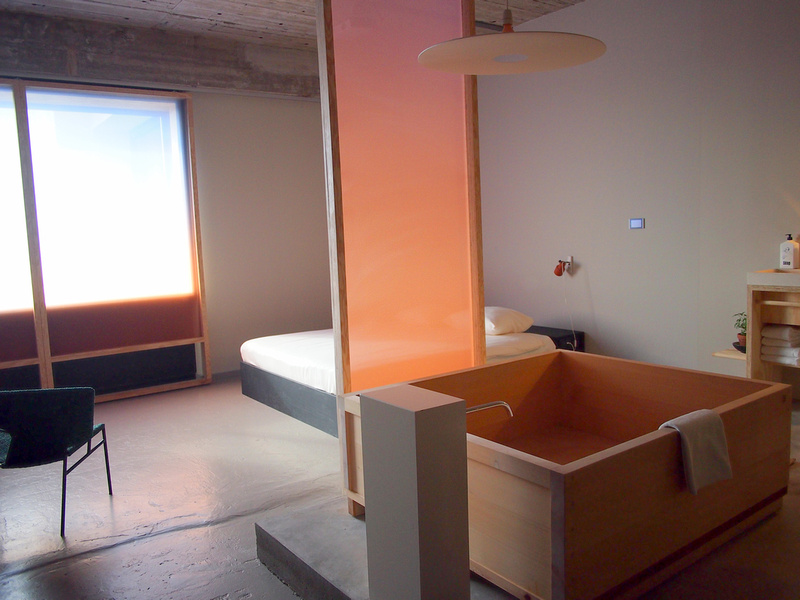 I enjoyed that my room had so much space but there seemed to be a lot of form over function design decisions, like the bathroom mirror not being in front of the sink, and light switches being in odd and unintuitive places.

The rest of the rooms in the hotel are standard issue good-value hotel-style rooms. 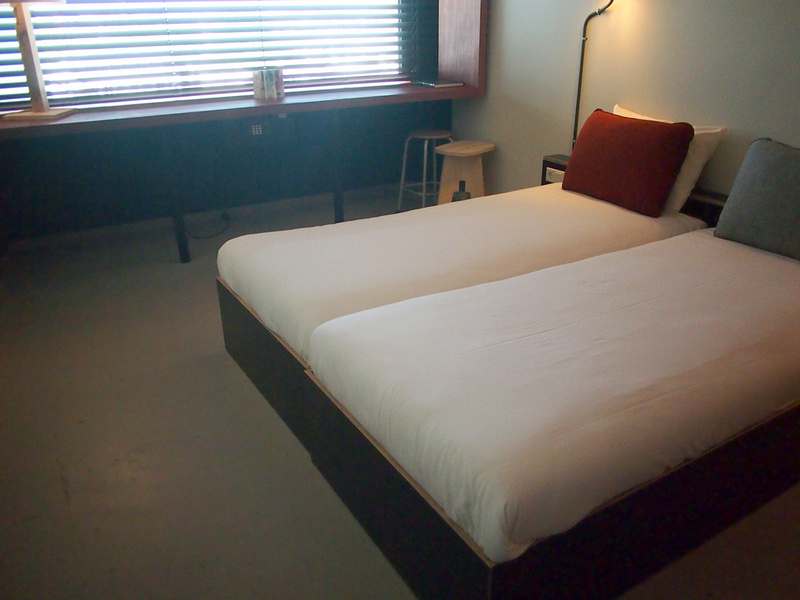 The walls of the hallways are covered in images of newspaper pages in homage to the buildings original tenant. 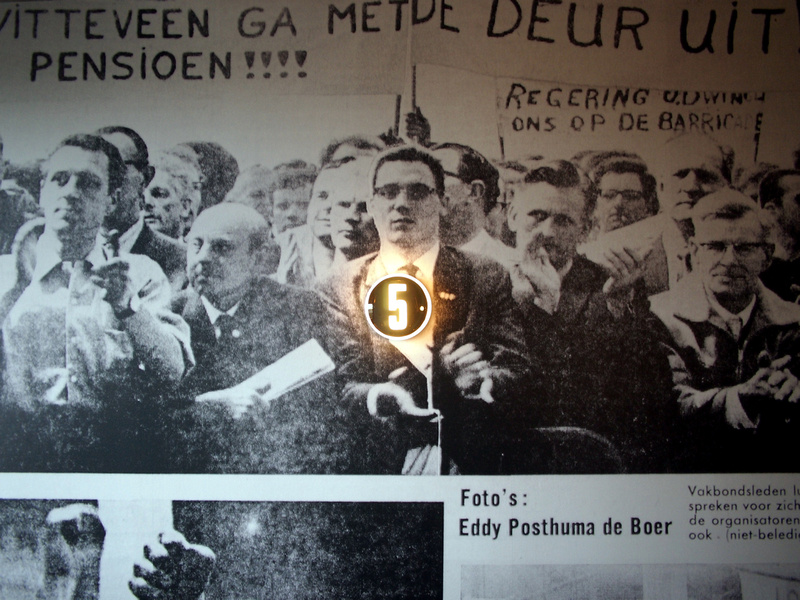 On the roof there is a public sauna and hot tub. In terms of location the hotel is outside of the old city area but there is a metro station in front of the hotel which is four stops from Amsterdam Centraal. The benefit of being outside the city centre is being able to occupy such a large building and the space that it allows. If you have stayed in an old hotel in Amsterdam you will appreciate how much open space this hotel has.

Overall I loved the vibe of this hotel and I think it would be great to hold events here for small groups as well. When I first saw the hotel on the map I was initially worried that it might have been too far out of the city centre, but being connected by the metro directly to Centraal Station made it convenient.

Compare the best prices for the Volkshotel.

You can find more photos of my stay here.