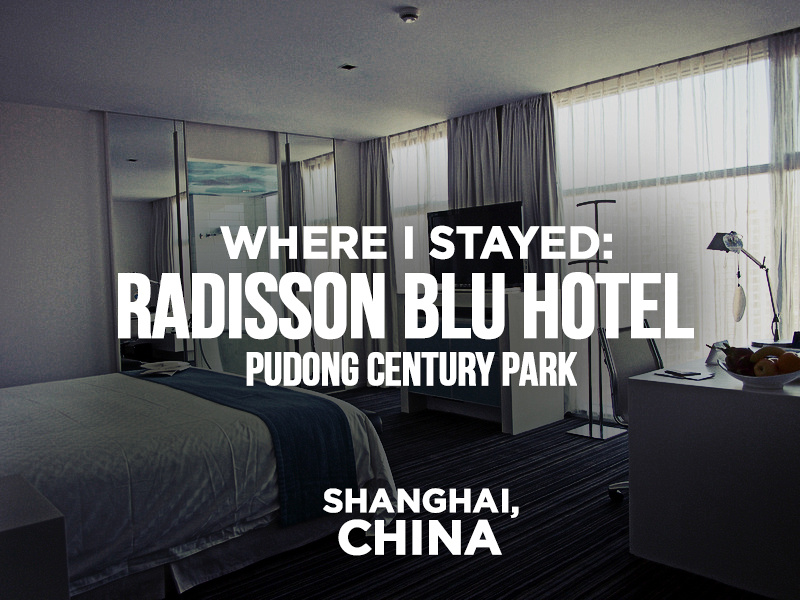 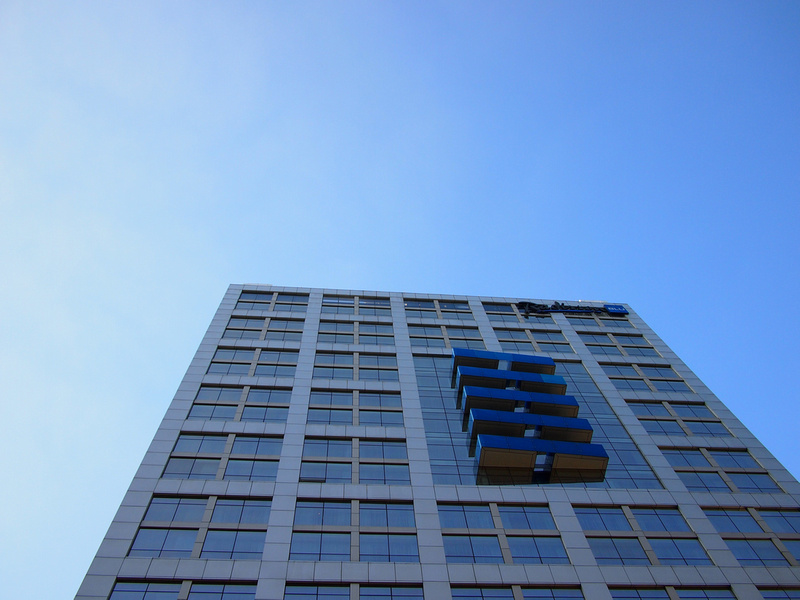 I stayed at the Radisson Blu Hotel Pudong Century Park as a guest of Club Carlson, who I was working with on their Global Travelers campaign.

I had been to Shanghai a few times before but I had never stayed on the Pudong side of the river. That amazing skyline that you see of Shanghai is in Pudong, which is the new part of Shanghai.

Most of the hotels here cater for business visitors, yet the Radisson BLU has a surprising amount of artistic flair, especially for a hotel in the middle of the business district. At the hotel entrance there are unique art installations as well as featured artwork from rotating artists on display in the foyer. 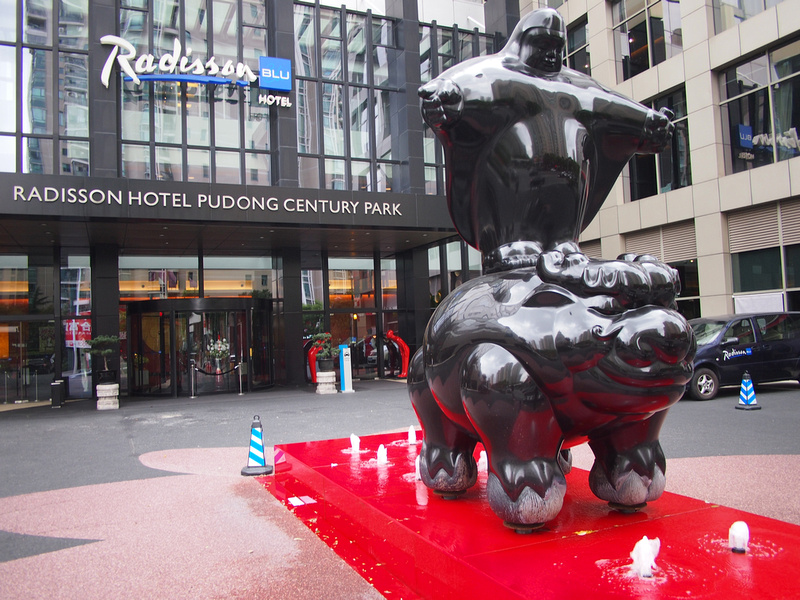 Thumbs up for floor-to-ceiling windows. So much natural light make a big difference to a rooms mood. 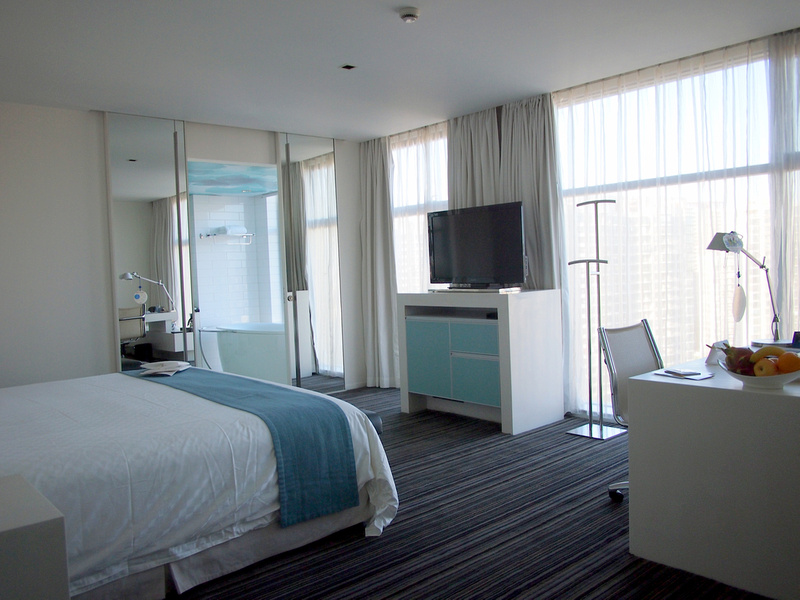 The bathroom was also well lit with bathtub getting lots of natural light and views. 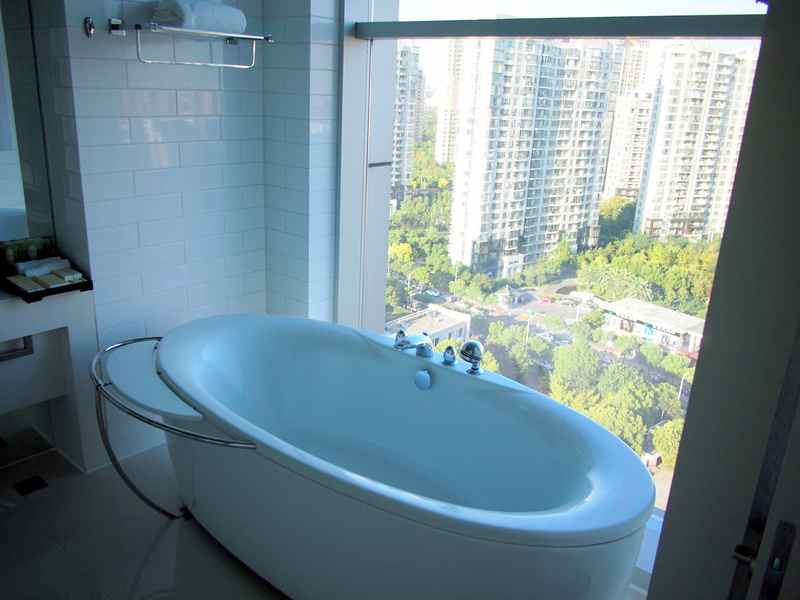 [Bathtub with a view – that glass was one-way, right?]

Here I had a great work desk with useful power outlets as well. 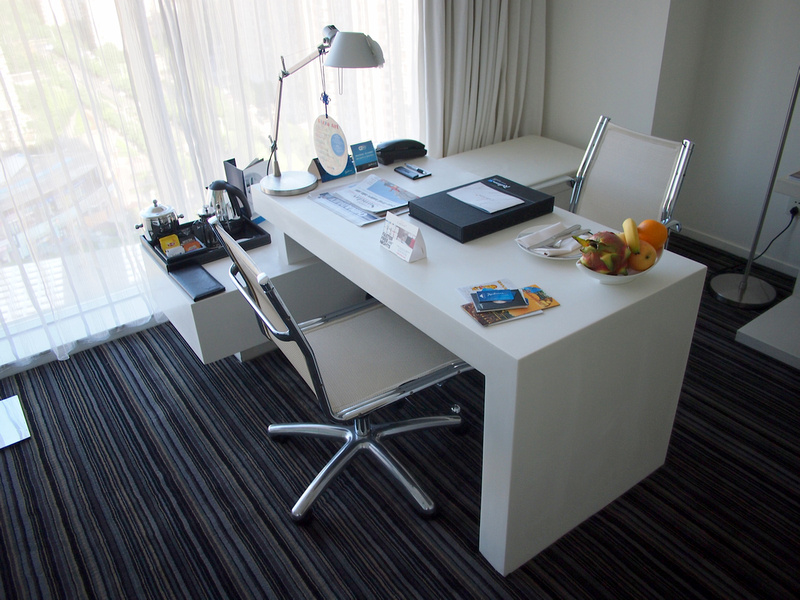 Outside there is a swimming pool and garden area, with more artistic installations to look at. 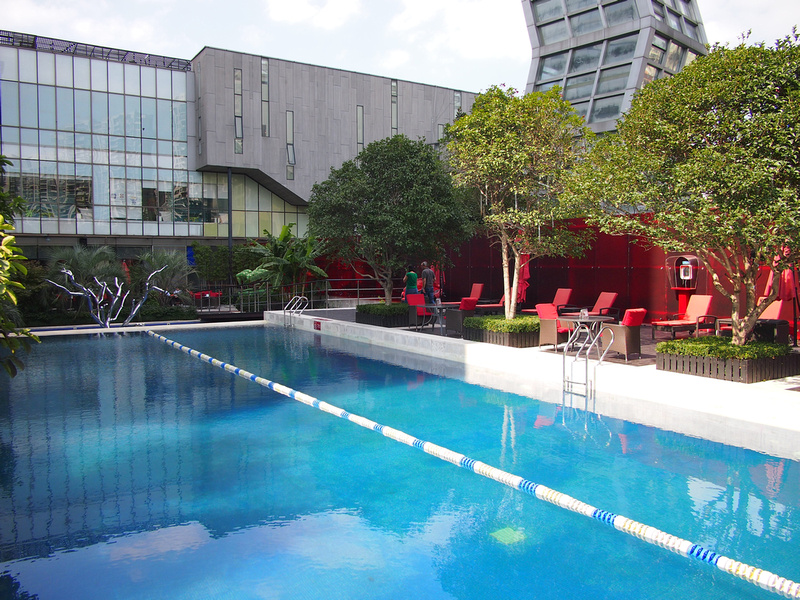 Breakfast is served. When I find good pastries in Asia I generally take the opportunity to carb it up (I also got fruit and yogurt, in case you were wondering.) 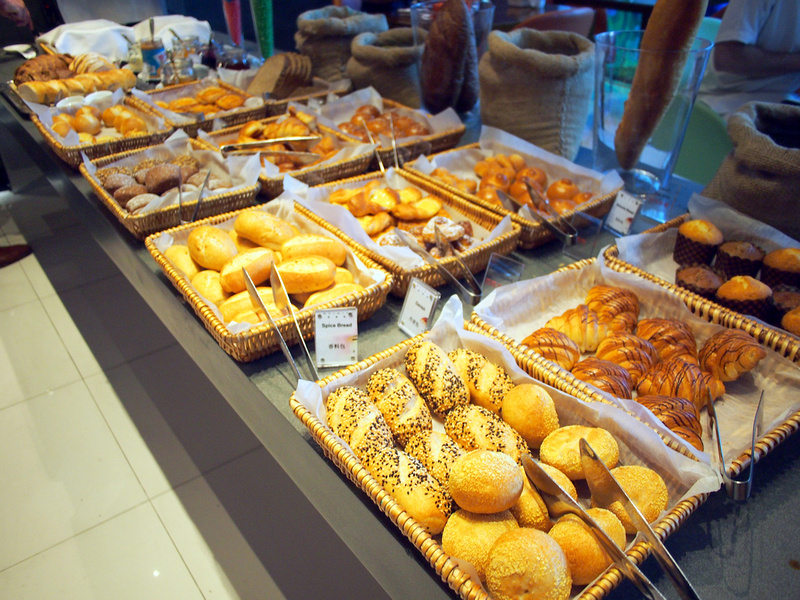 The hotel has its own bar as well. 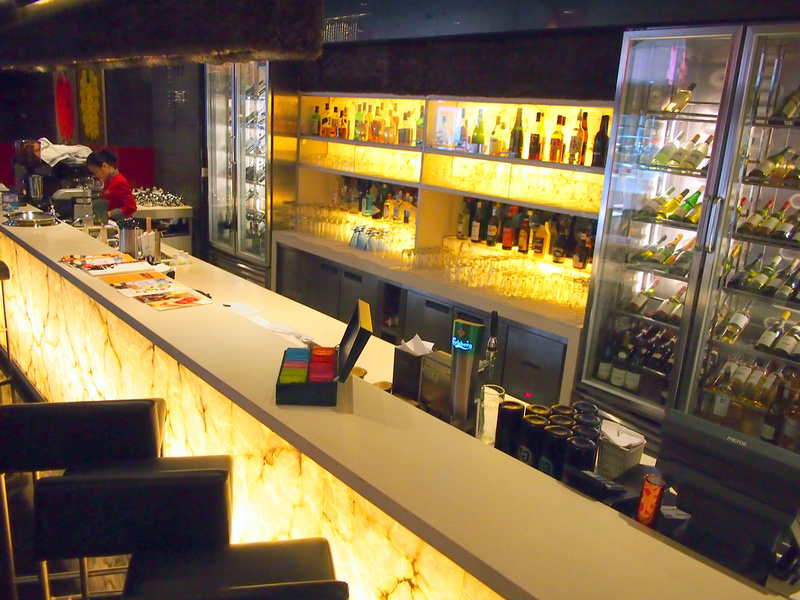 Overall this was a great hotel – especially for business travellers – though the location isn’t great from a tourists perspective. If you are visiting Shanghai as I tourist I would recommend staying on the Bund, which is on the old Shanghai side of the river. If you are doing business in Pudong then this is an ideal place to stay.

Book the Radisson Blu Pudong online or search for more hotels in Shanghai.