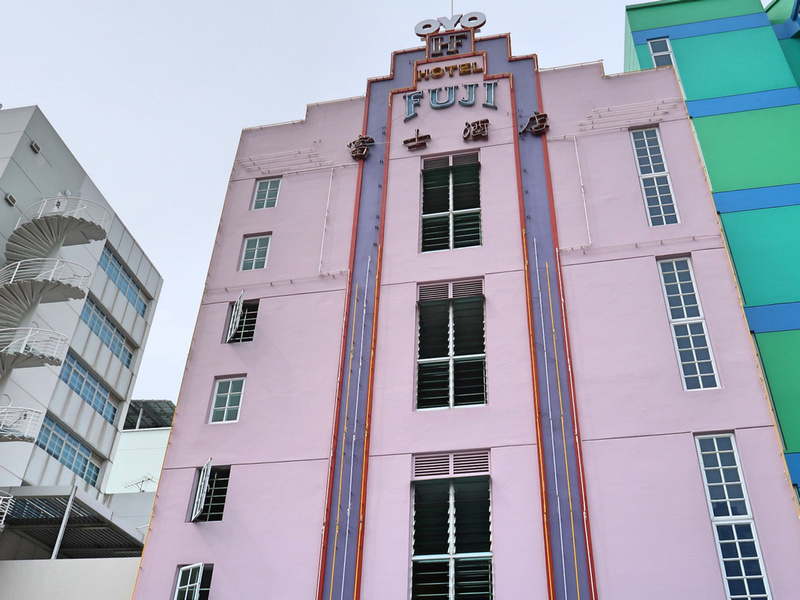 I stayed at the OYO 103 Hotel Fuji in Singapore. I booked online for the rate of 35.11 SGD ($25.80 USD) per night, which is absurdly cheap for Singapore. This is a combination of a special I found on Agoda, and also because the hotel isn’t in the city centre.

Geylang is the first suburban area outside the city core, though it still has plenty of heritage architecture here, thus it’s becoming more popular for hotels. It’s also famous for being home to the red light district of Singapore. It’s pretty tame by Southeast Asia standards, but it’s strange to see such a place in conservative Singapore.

I stayed nearby at the Oxley Hotel last year and I noticed how there are more hotels here now. I read how the red light district was being cleaned up in there but I didn’t realise it still existed. 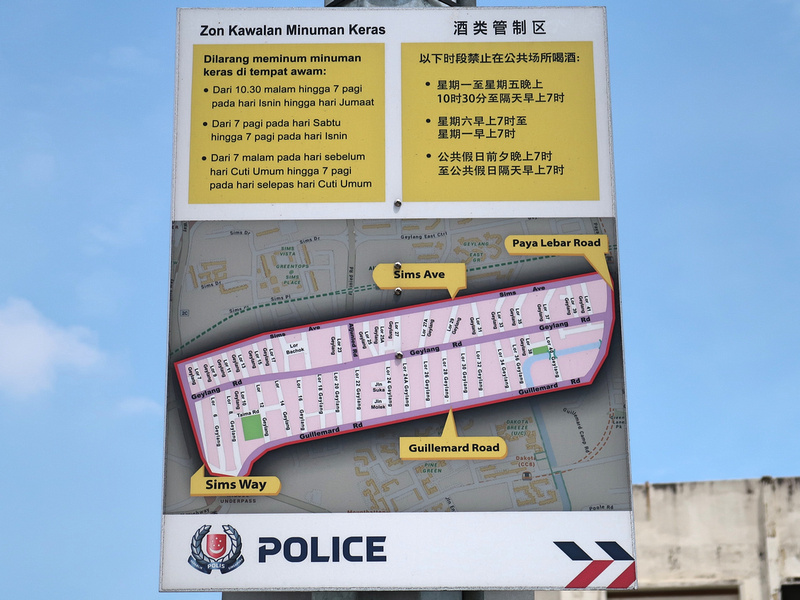 [A map of the police patrol areas of the red light district in Geylang.]

I mention this because when I arrived at Jalan Molek I discovered that this was one of the main red light district streets of Singapore. It’s hardly Soi Cowboy, but the unmistakable red lights and security guards in front of these converted houses confirmed this was not your average suburban street. 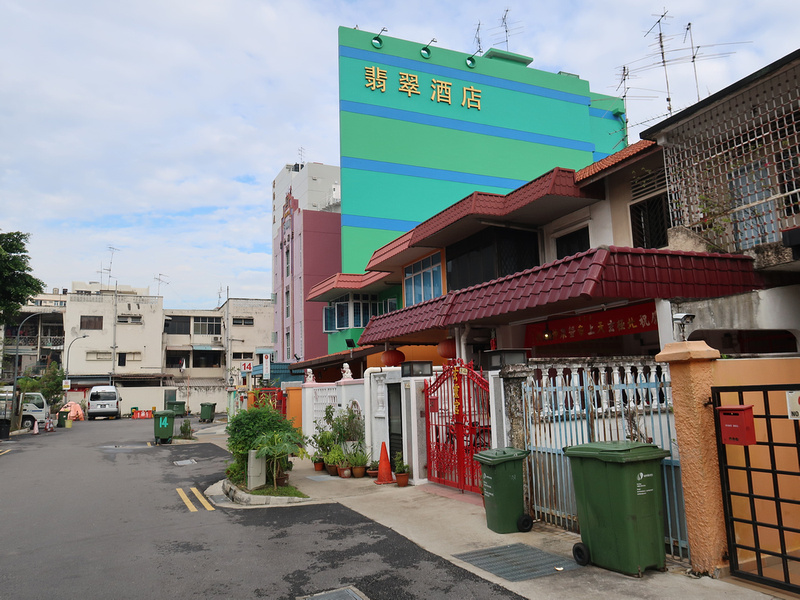 The OYO 103 Hotel Fuji is at the end of the street in what was the Hotel Fuji.

The hotel is now branded under Oyo Rooms, which is an Indian hotel chain that has spread rapidly across Southeast Asia. They operate a similar model to RedDoorz from Singapore, who are also branding budget hotels across the region. 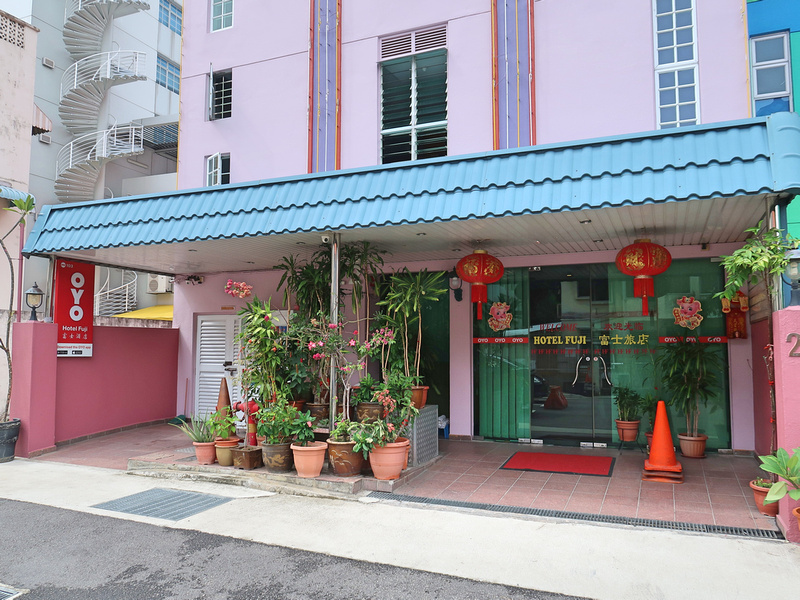 I got a double room with a private bathroom. I don’t recall checking if the room had a window when I booked (something I usually check), but at the discount rate I got I wasn’t complaining. The bed was comfortable, the room was air conditioned, and everything worked as it should. 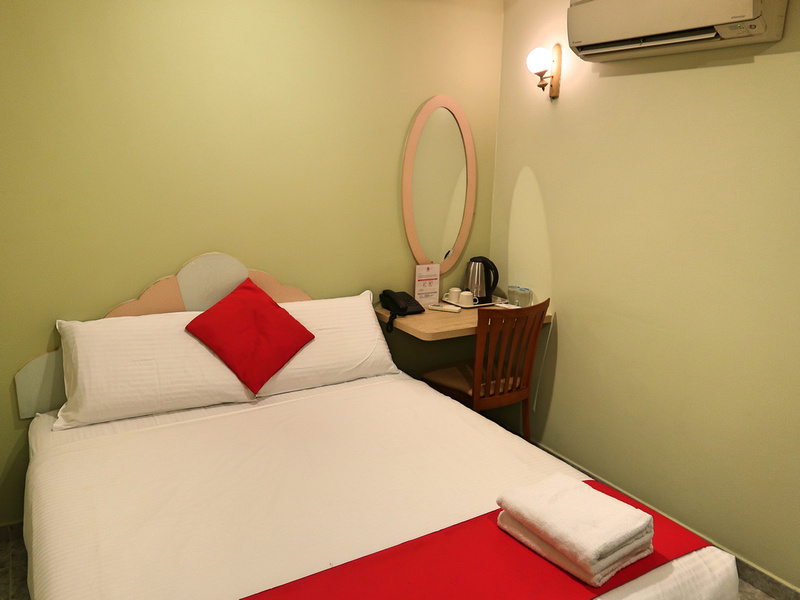 The room has a requisite flat-screen TV, which I wonder if anyone uses now in the age of watching Netflix on your laptop. The room was spacious enough, and I like these open wardrobes with no doors (less likely to forget something). 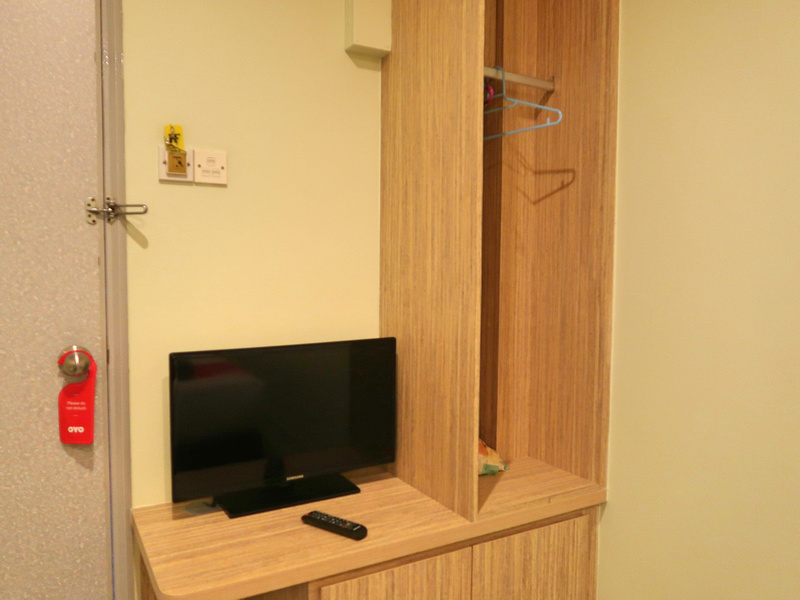 The bathroom was a good size and in clean order. It could have used more sink space. 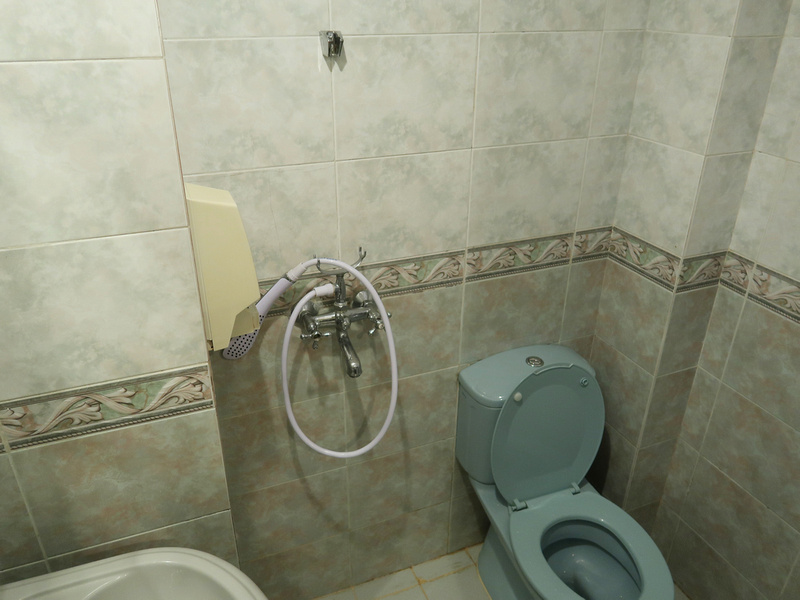 There is free wifi at the hotel and I had no problem with the connection. There is no breakfast service here so I went to one of the nearby Indian breakfast places on Geylang Road. Also nearby is Brawn & Brains Coffee, where you can get Australian-style cafe lattes.

The nearest metro station is a 10-minute walk away at Aljunied on the East West line. This is the line for the airport, so it made for an easy getaway in the morning.

Overall this was a good budget hotel. Everything worked and was kept in good maintenance. If you are looking for a cheap private room in Singapore then staying outside the city centre and on the metro line is the way to go. Personally I preferred stayed near Kallang station (the next station from Aljunied) as Aljunied was just a bit far to walk from the city. I did walk it no problem, but it’s sweaty work walking in Singapore and it will eat up your walking energy for central Singapore.

Book the OYO 103 Hotel Fuji online or search for more hotels in Singapore. And if you are new to Singapore read my guide on where to stay in Singapore.