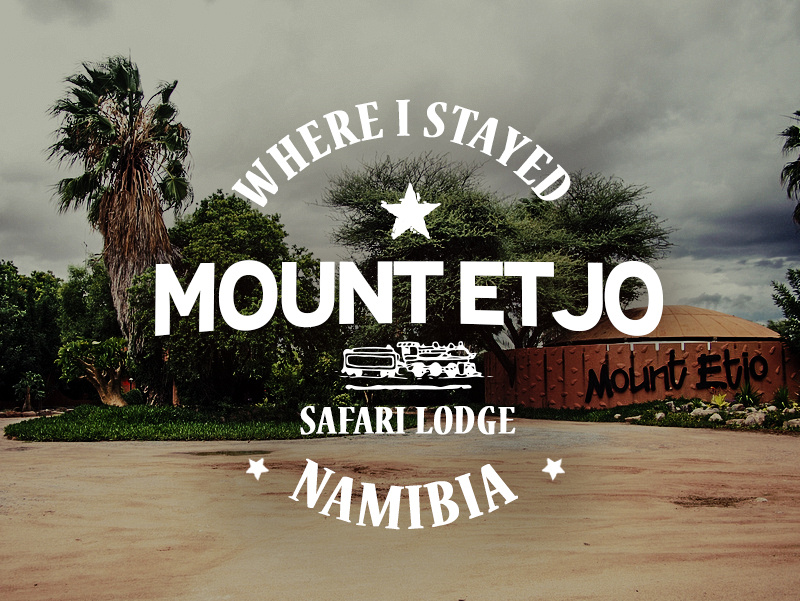 I stayed at the Mount Etjo Safari Lodge at the Okonjati Wildlife Sanctuary in Namibia, 225km north of Windhoek. I was hosted by the Namibia Tourism Board, who had invited me to Namibia on a one week press trip.

The lodge is famous for being the birthplace of the nation. The Mount Etjo Declaration was signed under the supervision of the United Nations here in 1989, heralding the independent republic of Namibia.

The lodge is suitable for tour groups or self-driving travellers as it is too isolated for independent travellers without their own transport (though there is a transfer service to/from WDH airport). 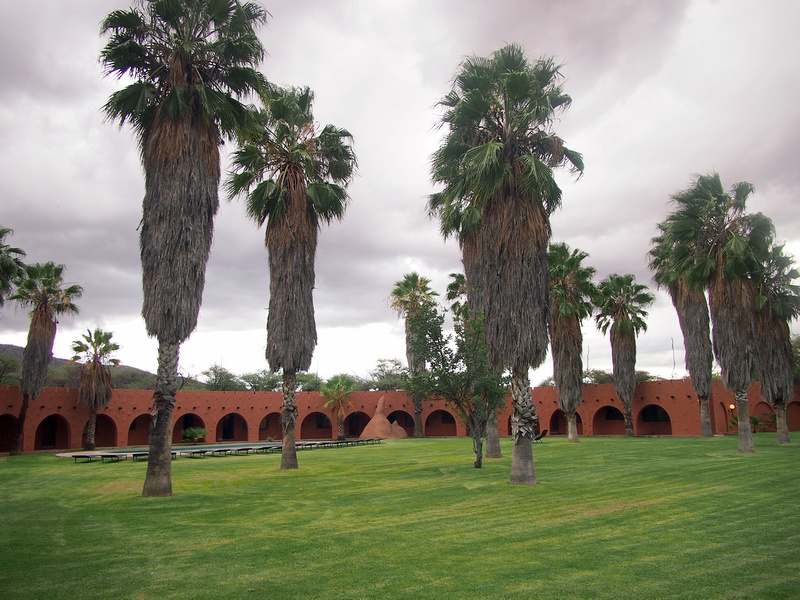 Of course the isolation is part of its appeal. The lodge is set in the wildlife sanctuary with excellent opportunities to see the wildlife that Namibia is famous for.

My room was spacious and the beds comfortable. There were many wooden curios hanging from the wall. 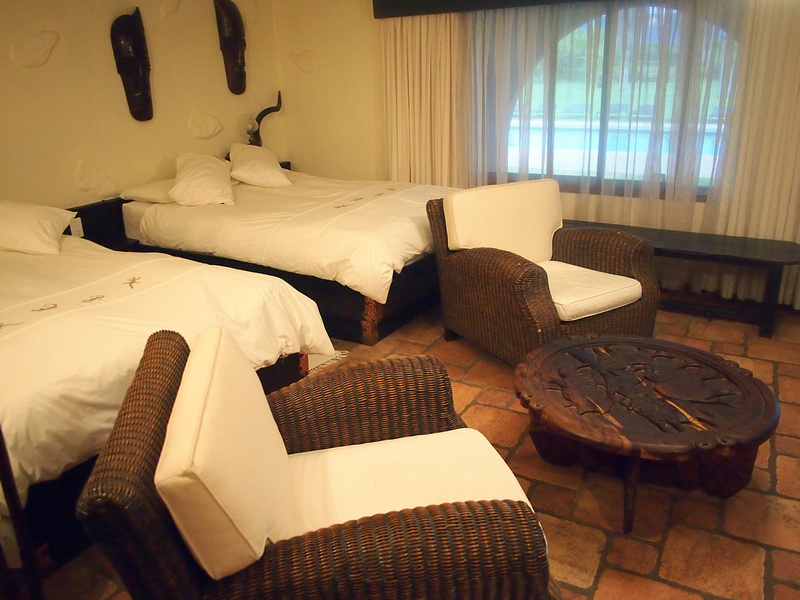 The bathroom comprised of a jacuzzi and shower area, and separate section in the bathroom for the basin and mirror. 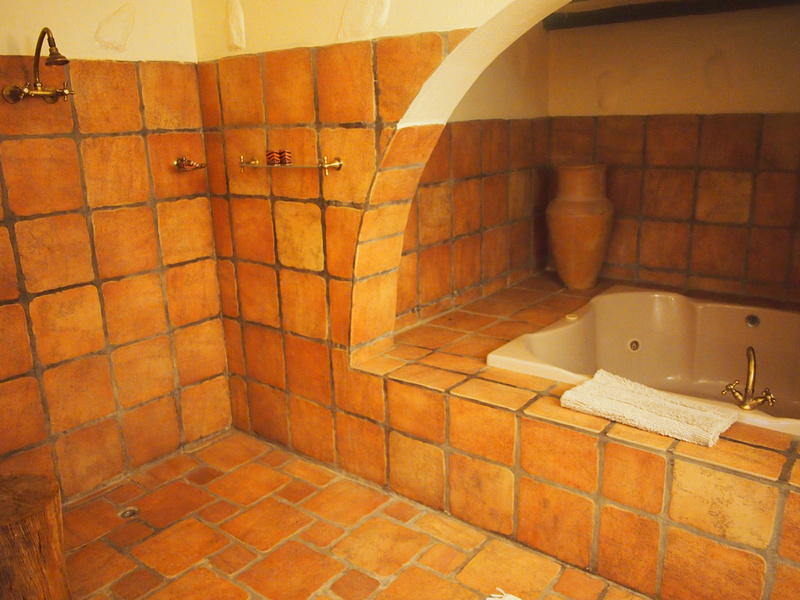 My room faced the garden area with a pool. We had a busy schedule that day and arrived late in the afternoon, so we didn’t get to try out the pool. 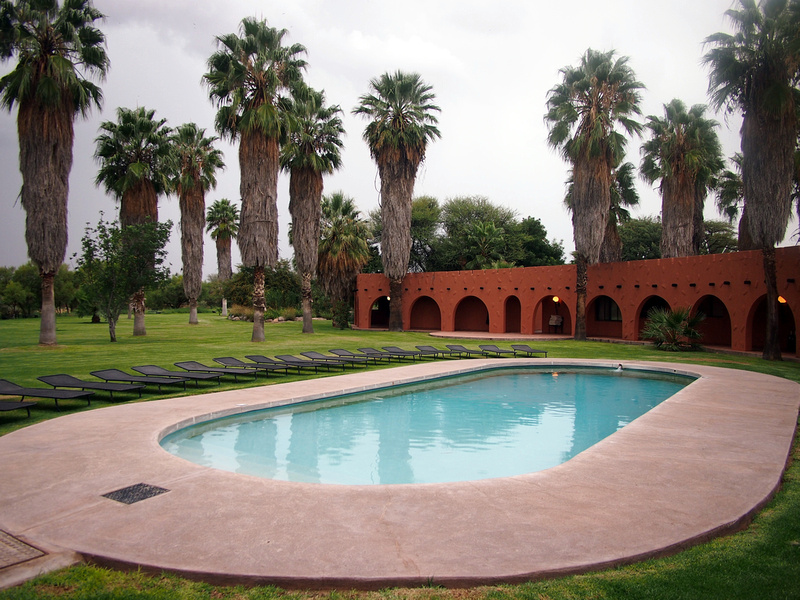 At the other side of the garden is a little pond that is home to a flamboyance of flamingos. 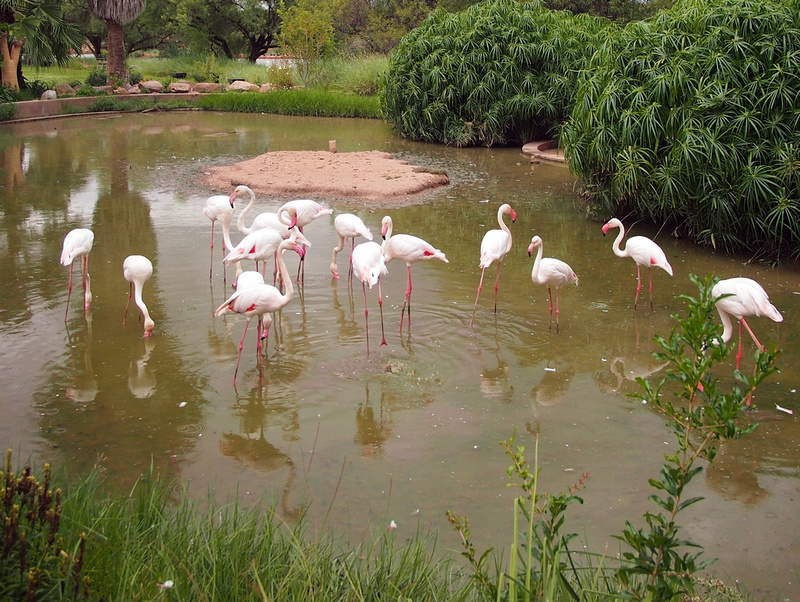 The following morning after breakfast we went on the game drive in the wildlife sanctuary. The drive is in a modified 4X4 which has three rows of bench seats in the back, open and with a canopy. It was not long into the drive before we started seeing wildlife. The antelope species are well represented, such as these springboks. 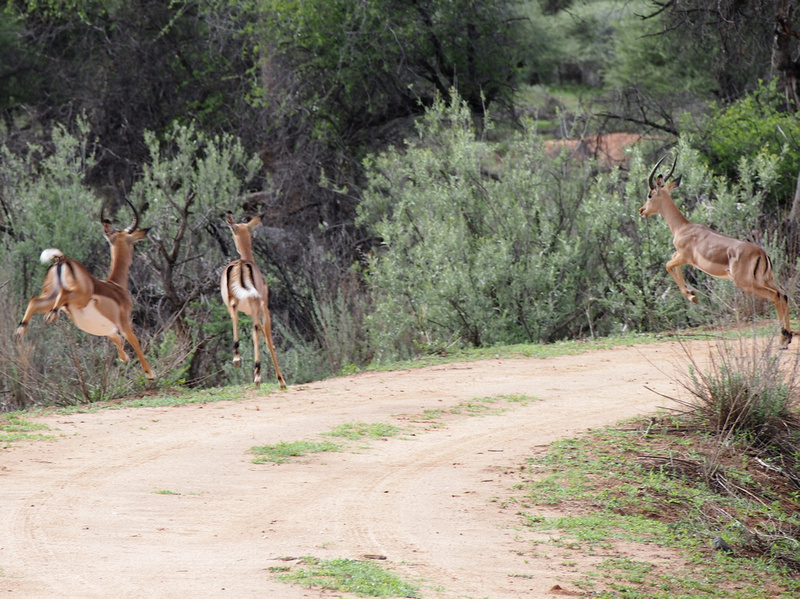 We spotted several giraffes throughout our drive. They are hard to miss I suppose. 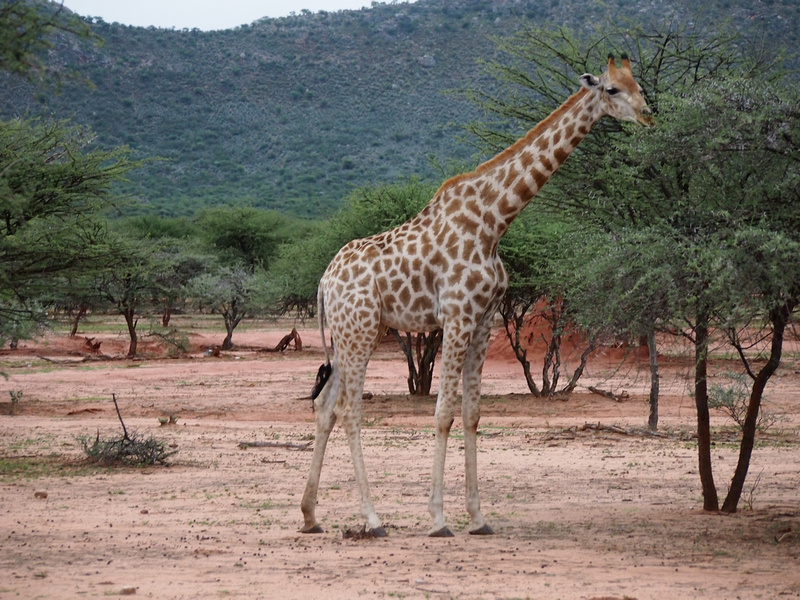 A zebra with the wide expanse of the sanctuary for scale. 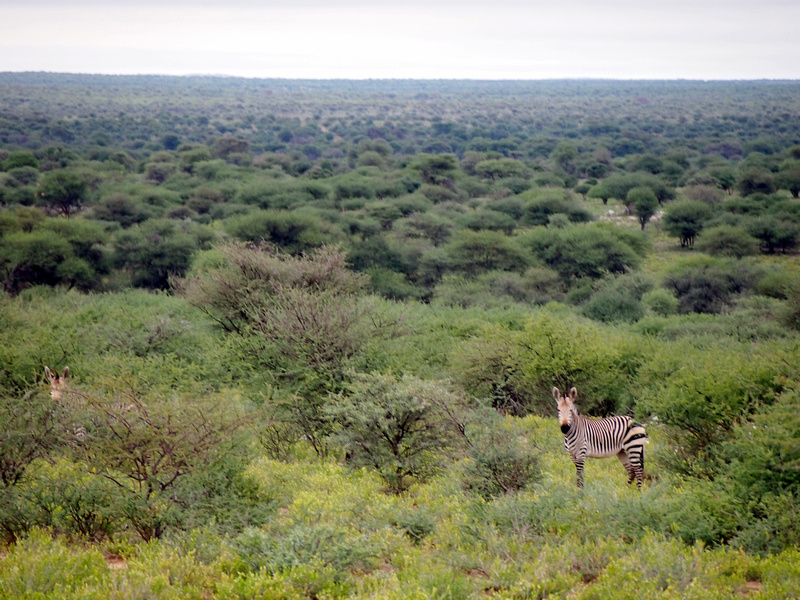 Numerous ostrich sightings, even if they did prove too fleet-footed to photograph. 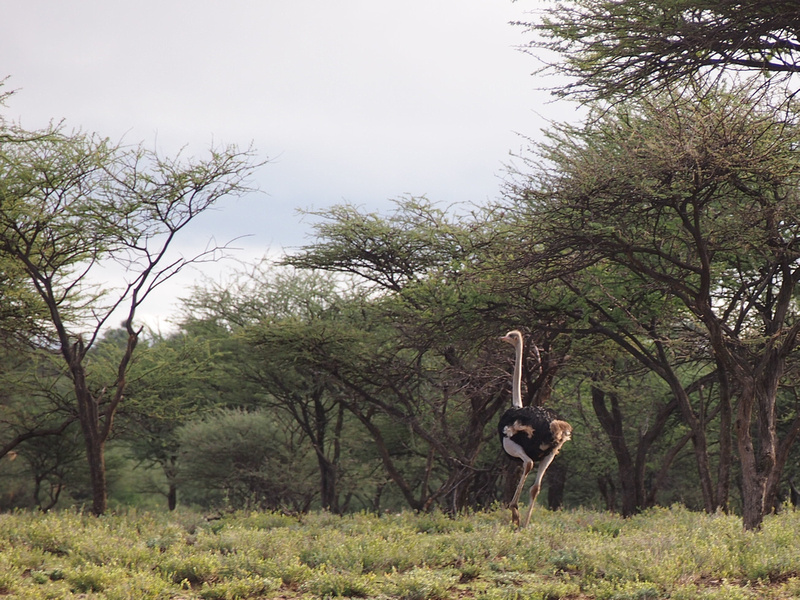 Easier to photograph was this rhino, who was looking at us with curiosity. 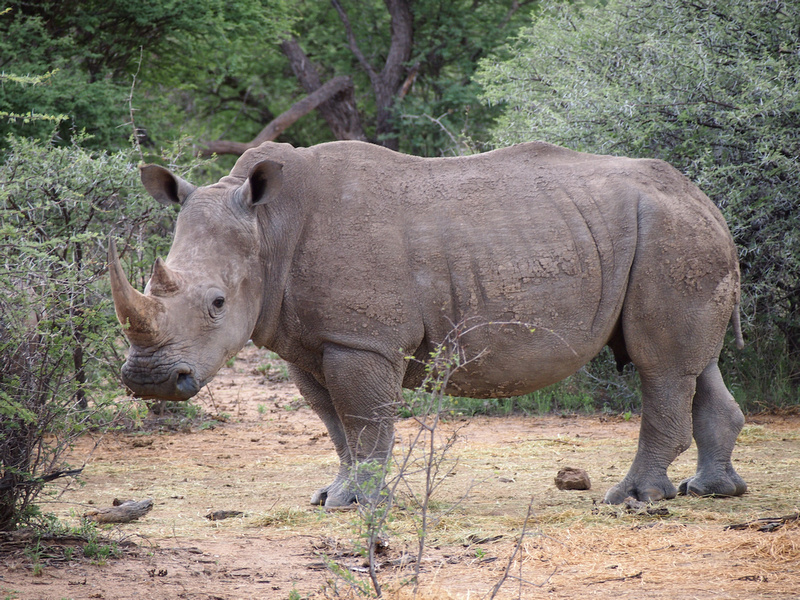 Returning to the lodge we saw that the hippos had arrived to a feeding spot next to the lodge. 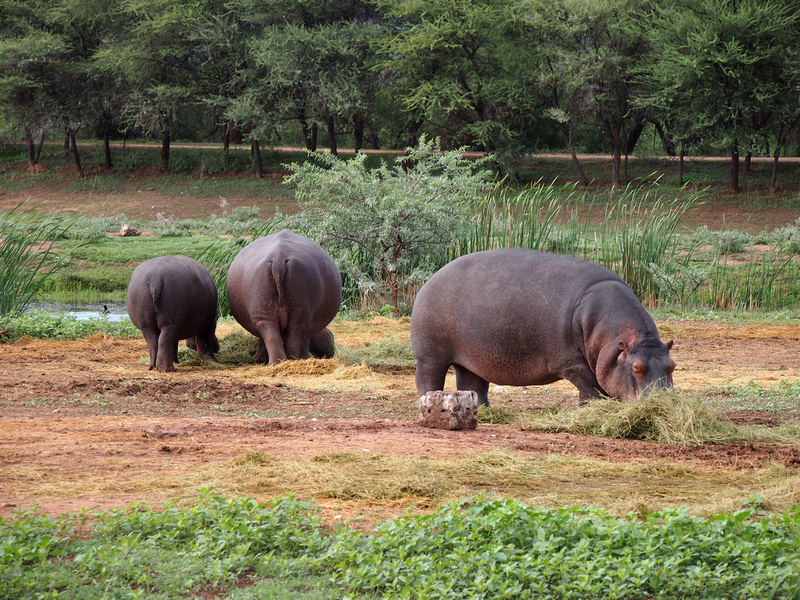 We didn’t see any elephants but we saw plenty of evidence of elephants (ie elephant poo). No lions either, but there is a chance to see them in the evening with an lion feeding trip.