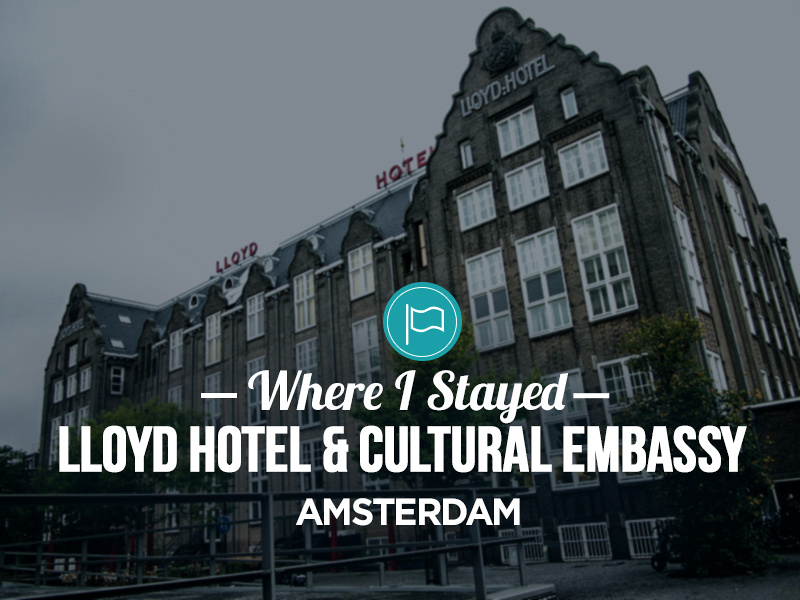 I stayed at the Lloyd Hotel & Cultural Embassy in Amsterdam. The hotel was originally a hotel built by the shipping line, Royal Holland Lloyd. It then became temporarily housing for immigrants, a prison, an artists’ studios collective, before coming full circle to become a hotel again. The building is a national monument of the Netherlands (and it even has its own Wiki page). 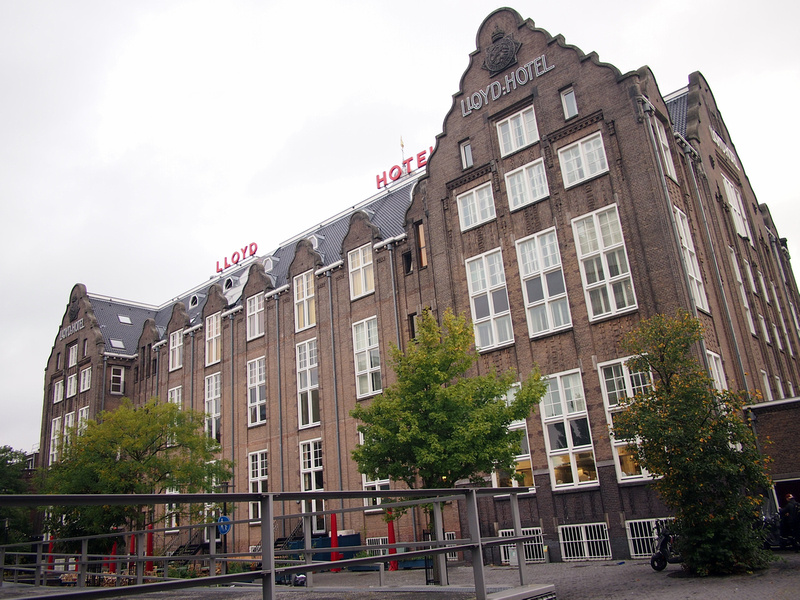 Lloyd Hotel is an eclectic hotel – even by Dutch standards. It is the worlds first 1-to-5 star hotel, meaning that there are rooms of every class within the building. In keeping with the buildings maritime heritage you could liken this to a passenger ship with its different classes on the same ship. (If you’re looking for a more traditional hostel check out this Amsterdam hostels guide.)

In its restoration back to a hotel many of the original features have been retained and incorporated into the design. I loved the ship chandelier in the entrance foyer. 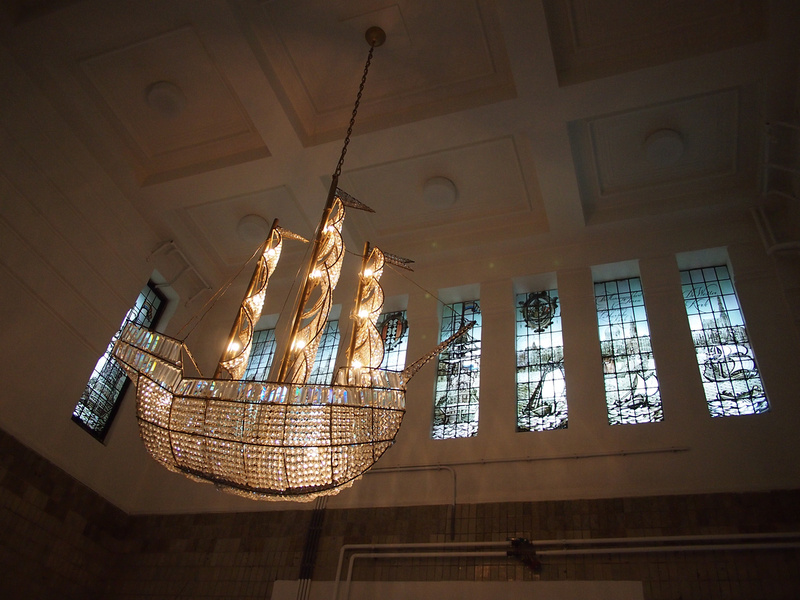 The tiled hallway on the ground floor. 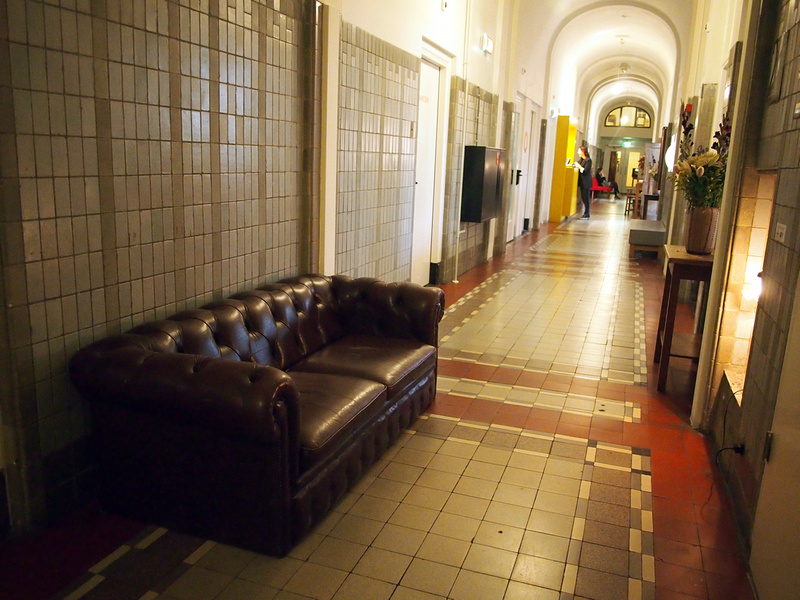 And the stairwells are also tiled, with historic photos of the building lining the walls. 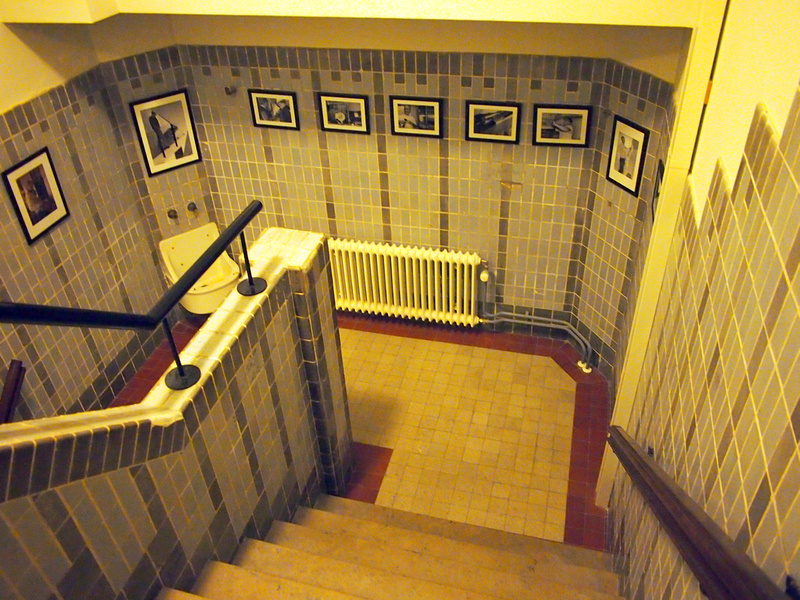 Rooms range from 1 star bedrooms with shared bathrooms, to designer 5 star rooms. I stayed in one of the 5 star rooms that was in the loft of the building. Using the long and narrow space available, the bedroom, bathroom, toilet, and storage space are all lined against the wall facing the multiple windows. It also featured a big table and a hammock. 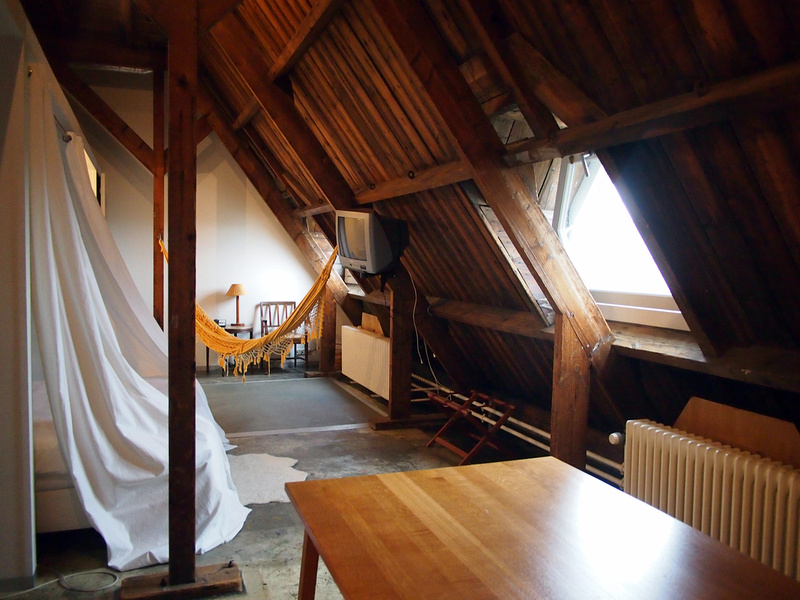 I got shown around the hotel to get a feel for the other rooms available. 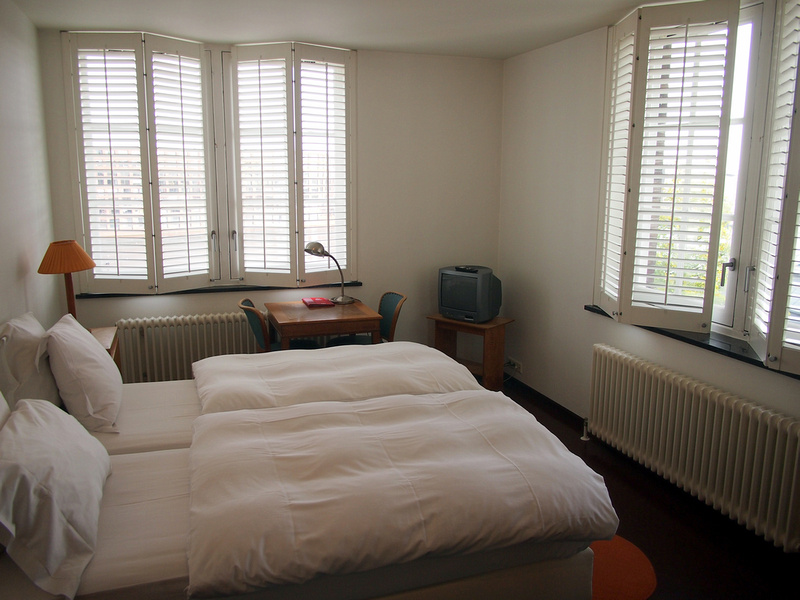 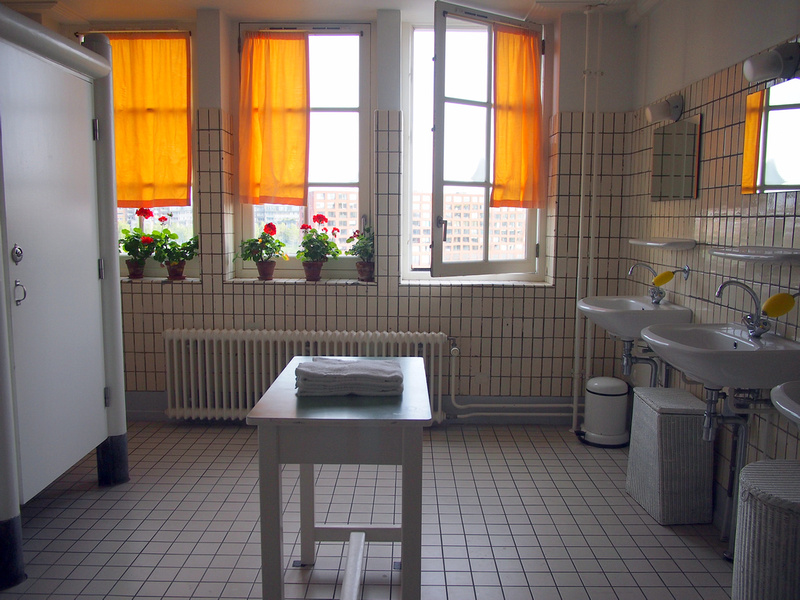 I liked this use of space – a public tea and coffee station in the hallway. 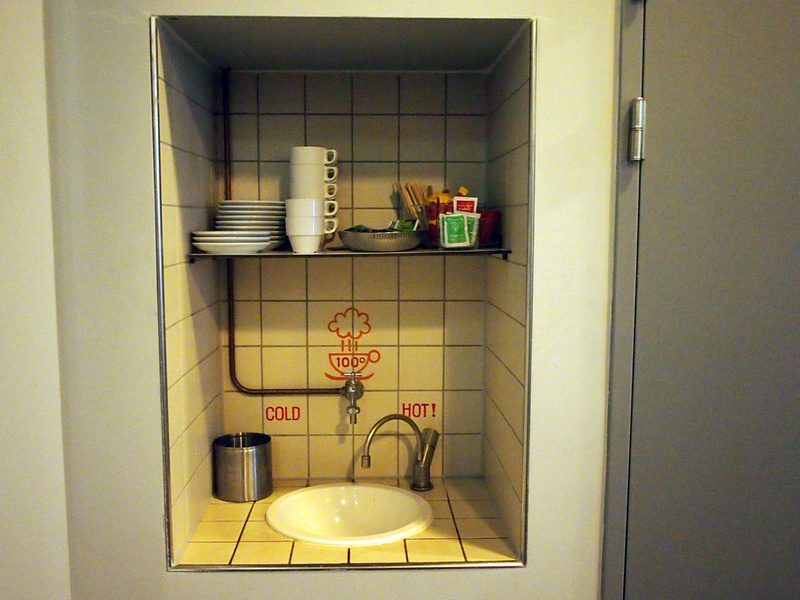 What I liked about this hotel was the mixing of classes. You could go into the common areas where someone staying in a 1 star room could be dining with someone from a 5 star room. 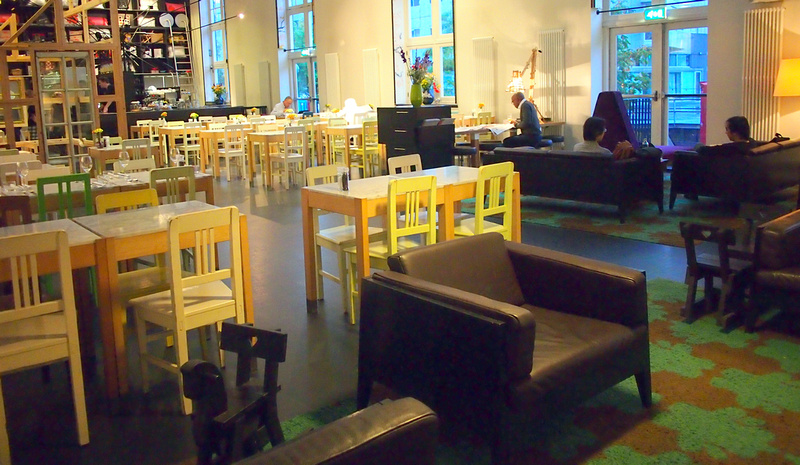 There is a nice library/reading room that features specially selected books on history and architecture. 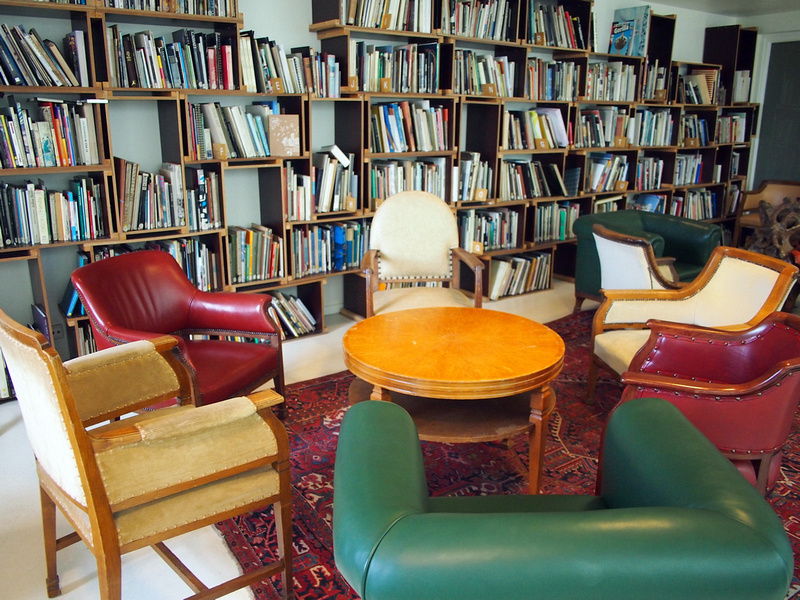 Breakfast is served in the hotel restaurant on the ground floor. 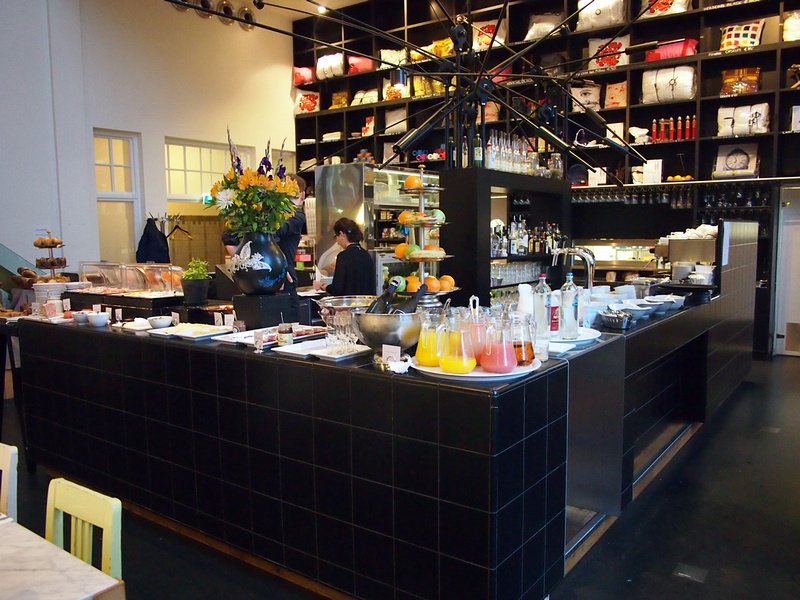 The hotel is in the Eastern Docklands of Amsterdam. The ships have long gone from this area and it is now being redeveloped into a residential area. While it is a bit of a way outside the old city area of Amsterdam there is a tram stop outside the building and regular trams go to Amsterdam Centraal station in around 10 minutes.

Check out more of my photos of the Lloyd hotel in the photo gallery.