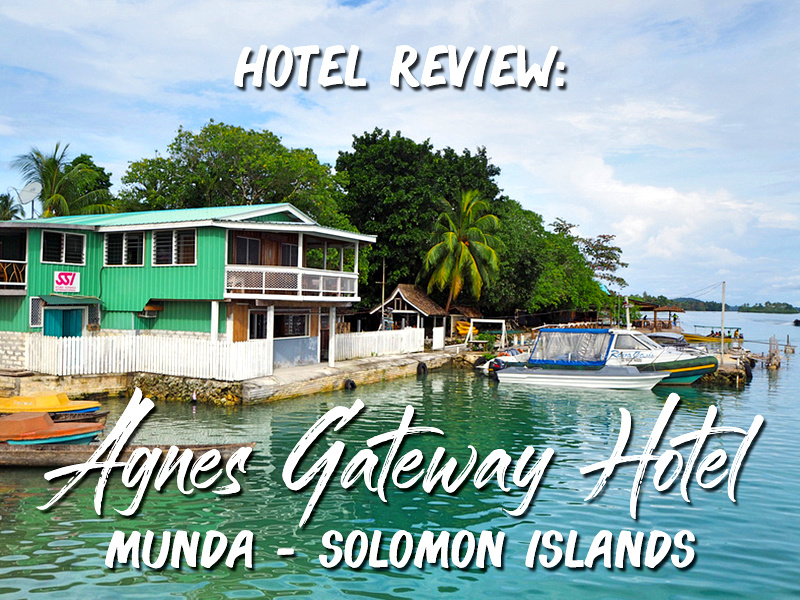 I stayed at Agnes Gateway Hotel, in Munda, Solomon Islands. I stayed here as a guest of Tourism Solomons as part of a media trip from Australia.

Munda is the main town of the island of New Georgia, and there is an airport here with flights to Honiara. The town is so small that our group walked from the airport to the hotel in about five minutes. At the time of our visit the airport was being upgraded to enable a new international flight from Brisbane.

The Agnes is on the waterfront near the little town market and docks. There is no beach here, but the view from the hotel is the best in town. 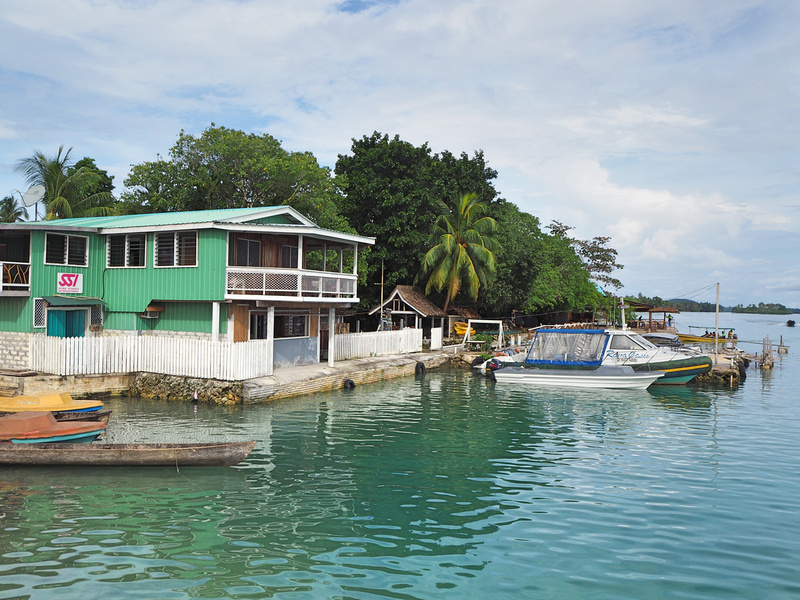 The hotel has similar vibes to guesthouse accommodation in Southeast Asia, which is the sort of place I like staying at. 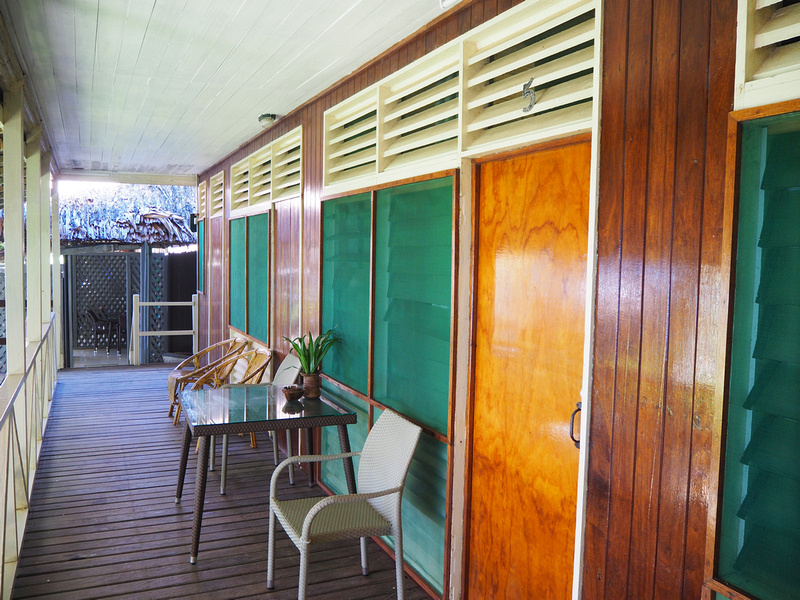 The hotel was being expanded when we were there in preparation for a hopeful tourism increase with flights from Australia. I got one of the rooms near the reception area. I was allocated a double room which had a separate lounge area as well. 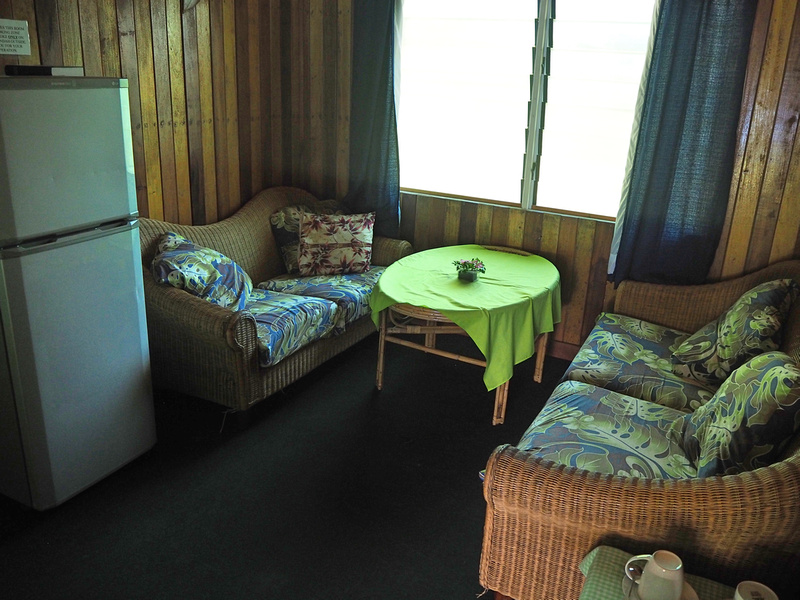 The room itself was pretty old and due for a renovation. The fan was running a bit wonky and the lights were oddly placed outside my side. It was a comfortable bed though, and having the louvre windows allowed air to circulate without needing air conditioning. 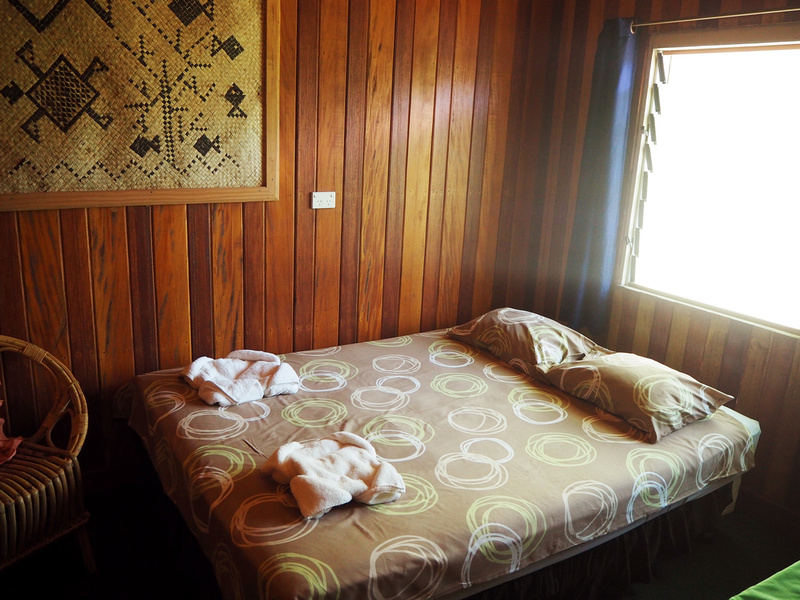 The bathroom was in good condition for its age, with everything in a clean and tidy condition in a well-ventilated space. 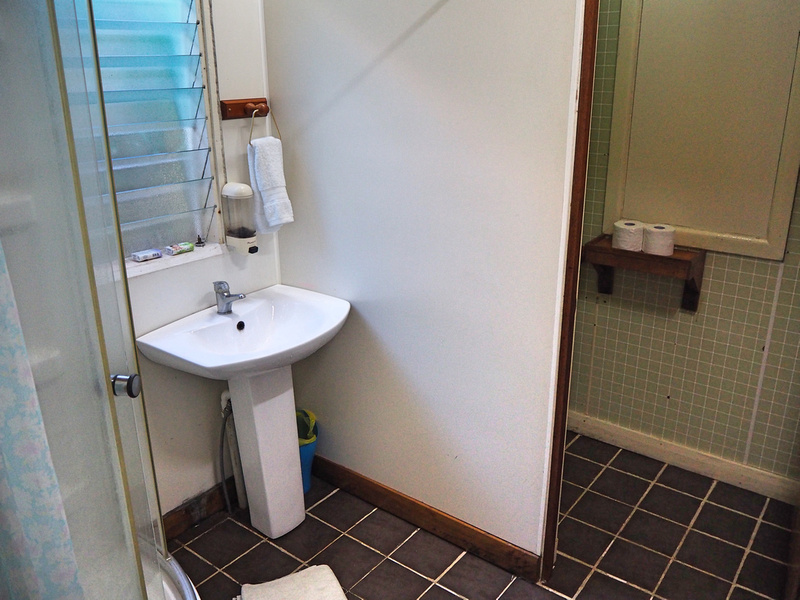 The hotel has it’s own waterfront restaurant, which appeared to be the most lively place in the small town. Every day they have lunch and dinner specials, and some nights they have a band performing. Meal times get busy and you need to order in advance, but it’s not like you’ve got anywhere else to be. 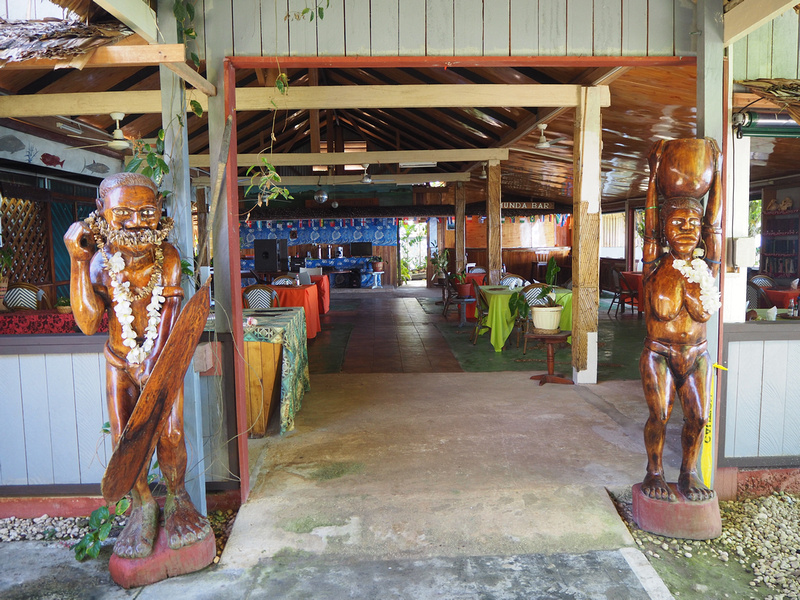 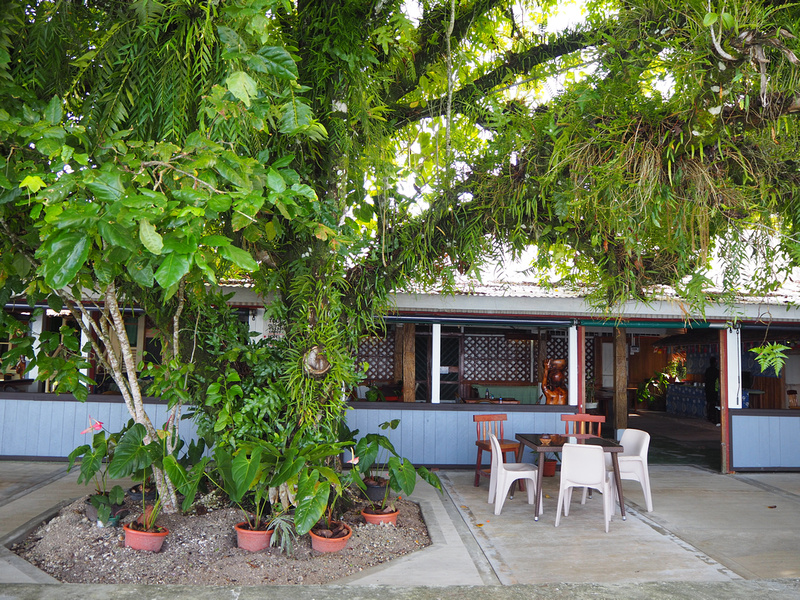 There is free wifi that’s confined to the front office area, so I found myself huddled around the table near the reception to get my internetting done. I was forewarned that this would be the case, so if you are a digital nomad don’t expect to be too productive here. On the other hand it’s a good place to get some offline writing done. 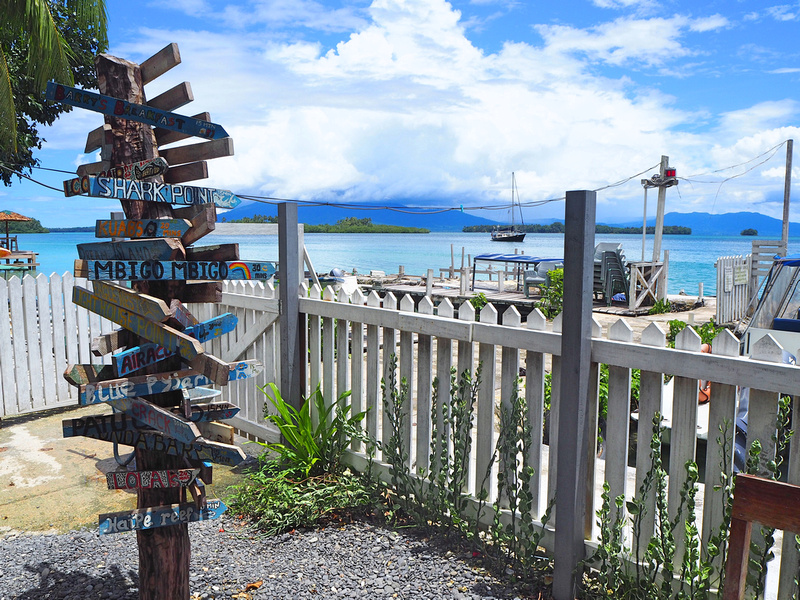 The Agnes is home to Dive Munda, which operates diving trips around the Marovo lagoon. In addition to being the largest double barrier reef in the world, there are many war wrecks in the area which has made Munda a world-famous diving destination. 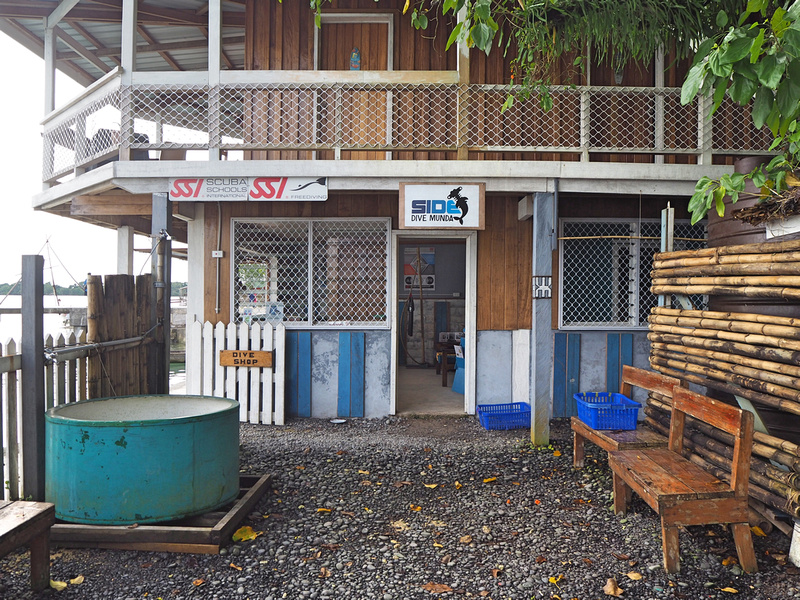 If you aren’t a diver (like myself) there are still lots of activities to do. From here you can go out exploring islands on day trips. 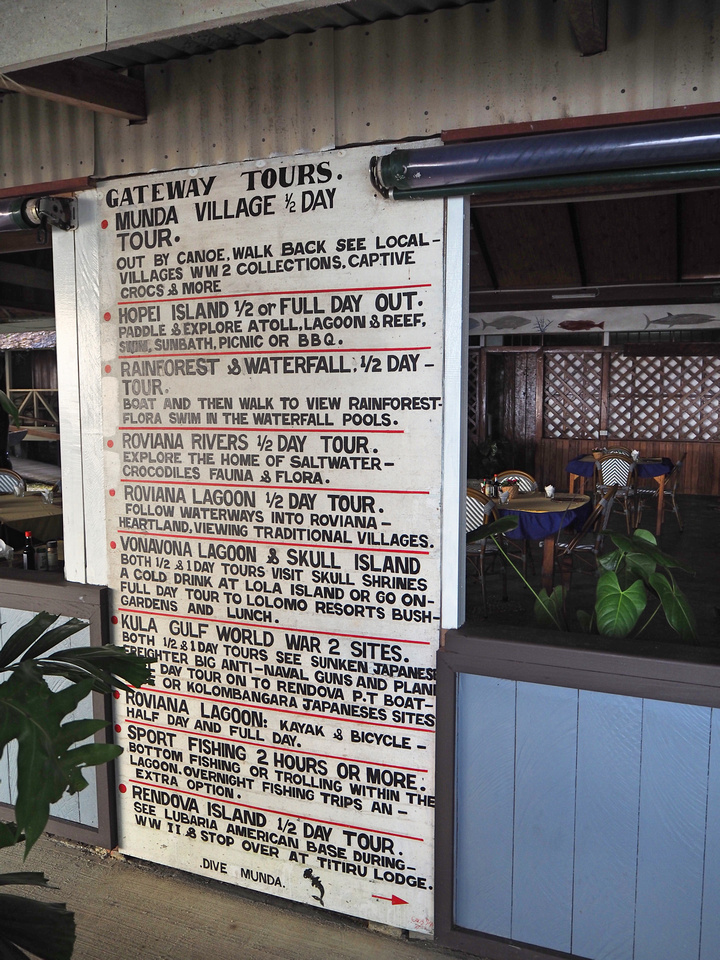 And the views from the hotel waterfront are exceptional. 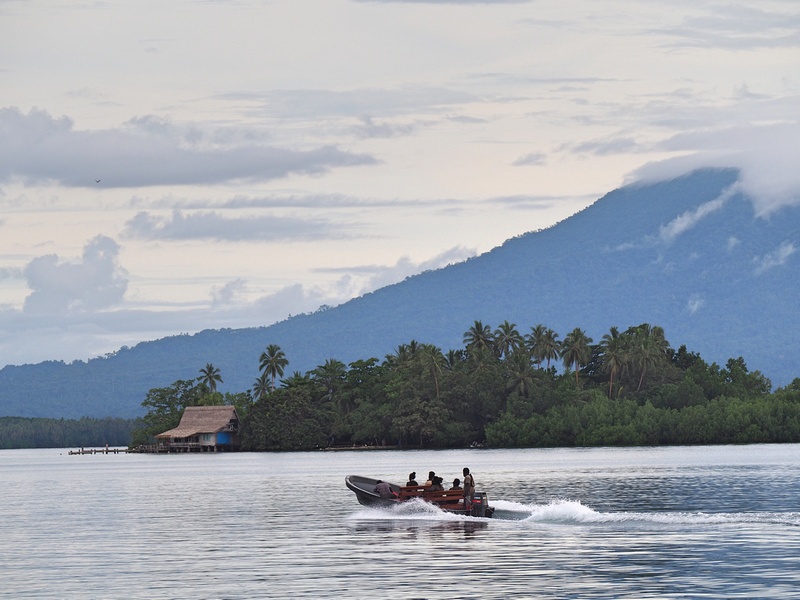 Overall this was a good place to stay in Munda.