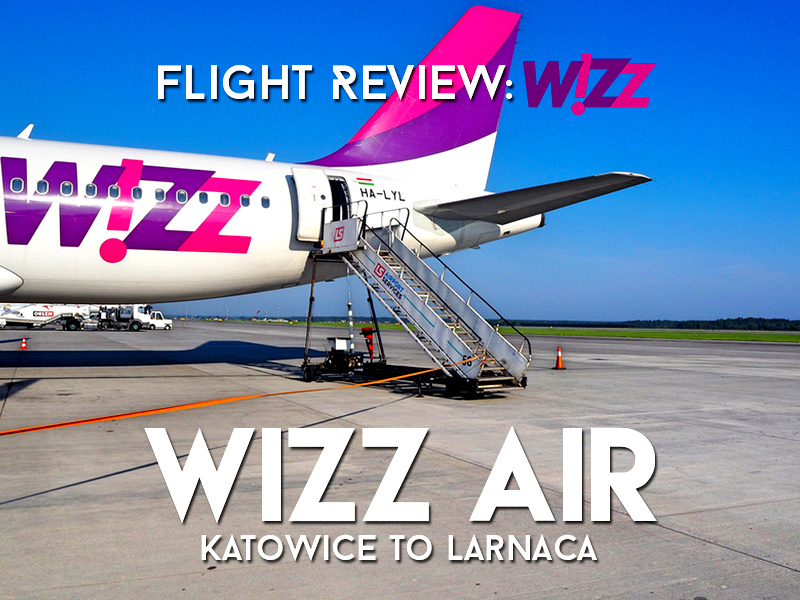 2018 turned out to be the summer of revisiting low cost airlines that I used to fly often. After flying with Ryanair for the first time in ten years, this was my first flight with Wizz Air in eight years. Like Ryanair, much has changed with Wizz, and not for the better.

According to my FlightMemory, I’ve flown with them ten times previously (nine of those times being to and from Budapest). There was a time in my life where I was spending a lot of time in Budapest, and I happened to be there when Wizz Air were just getting established.

Wizz Air began in 2004 and quickly became one of the biggest low cost airlines in Eastern Europe. Their ascent hastened the demise of the Hungarian national flag carrier, Malev. While Wizz Air is based in Budapest, from the beginning it has operated in Poland with bases at Katowice, Warsaw, and Gdansk. The first ever Wizz Air flights were from Katowice to Berlin Schönefeld, London Luton, Milan Bergamo, and Rome Ciampino on 19 May 2004.

And it was from Katowice that I flew with Wizz Air, to Larnaca in Cyprus. I compared flights with Skyscanner, and I was looking to fly to Cyprus from somewhere in Eastern Europe. I was originally in Ostrava (Czech Republic), so the option of flying from Katowice (three hours away) was suitable.

Even though I haven’t flown with Wizz Air for years, stories about the airline have filtered through to me. Most recently I read about how they charged a family 140 Euro for not checking in online. This penalty is a new addition since I last flew with them, when previously you could just turn up to the airport without worrying about online check-in. This seemed like an unnecessarily stressful feature (especially as I often forget to check in online), so I was trying to find another option to fly to Cyprus, but nothing else was suitable. In the end Wizz Air was by far the cheapest option for a departure in that region.

The advertised rate was $74 USD, though that only shows the basic fare.

Once you start booking some different fare options are presented.

I picked the Wizz Go package, which included:

Low cost airlines are known for the tactic of offering add-on services throughout the booking procedure. For this booking I was offered an “On-time Guarantee”, where you will receive €100 credit should your flight get delayed by 1 hour or more. This extra costs 43 PLN per person (about €10). I wonder how their numbers add up for this insurance scheme.

And here is the infamous airport check-in option, where you can buy the option of being able to check-in at the airport. Obviously I would rather save money so I elected to check-in online for free. As we will see later when I got to the airport, this just seems like a ploy to trick passengers into a fee.

Katowice Airport is a text-book example of an airport that is favoured by low cost airlines. It’s a secondary city airport in a big no-frills terminal. 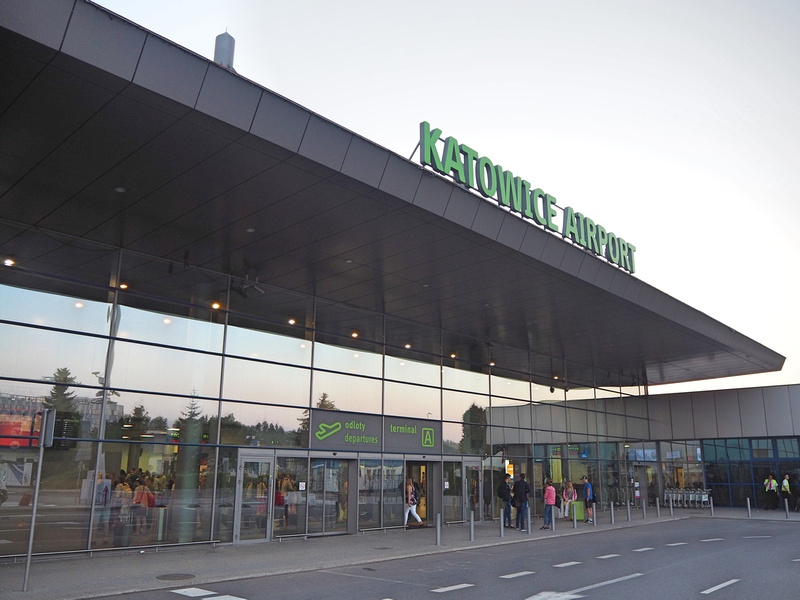 The majority of flights at Katowice are by Wizz, with the rest being mostly charter flights to European holiday destinations. 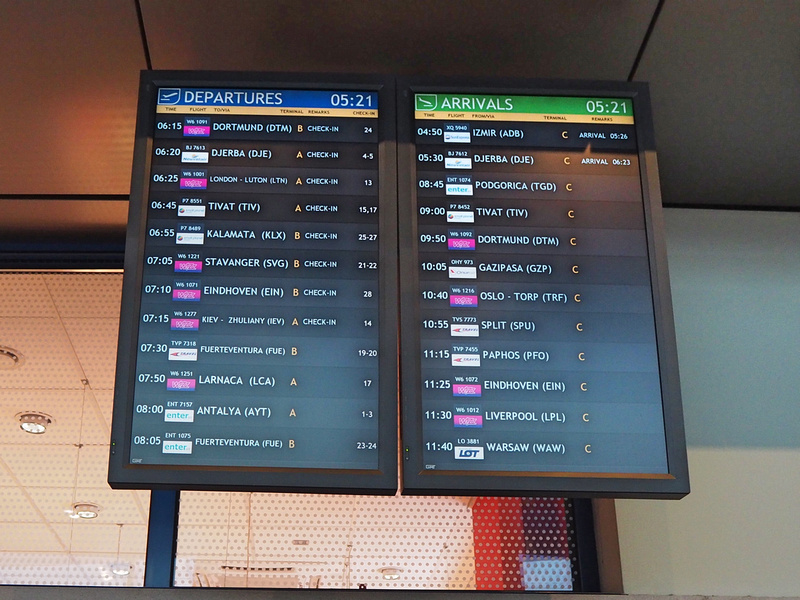 I had imagined that with Katowice being one of the biggest hubs for Wizz Air, that there would be dedicated check-in and bag drop area. With flights departing throughout the day I figured it would look something like what AirAsia do at Kuala Lumpur or Bangkok. At those hubs there is an open check-in for all flights, and a separate area for online check-in baggage drop.

To my surprise there is no separate bag drop area. Each flight has its own checking in desk, and it wasn’t open until about two hours before the flight (most airlines go three hours for an international flight). Even though you have been made to check in online, there is no benefit or time saving for doing so. Everyone has to queue up in the same line to drop their bags off. 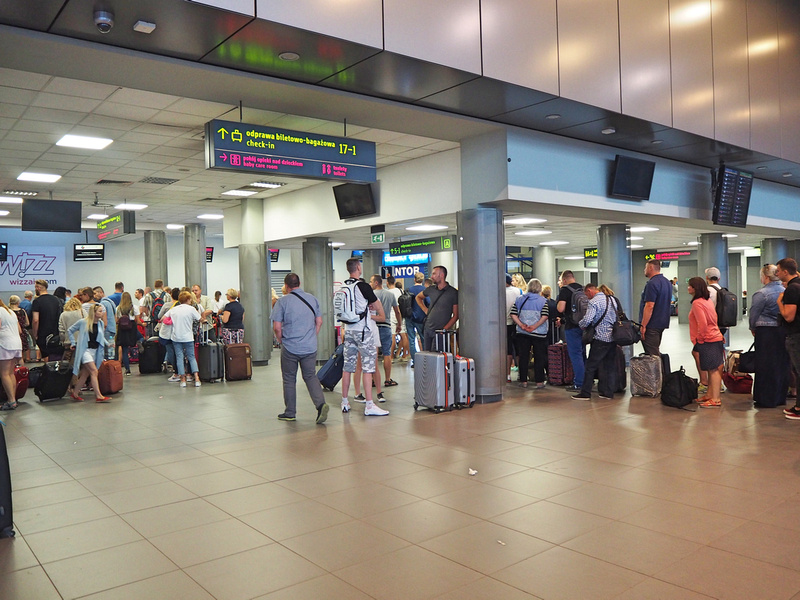 Another no-frills feature of the airport is the lack of aerobridges, so boarding is by bus. 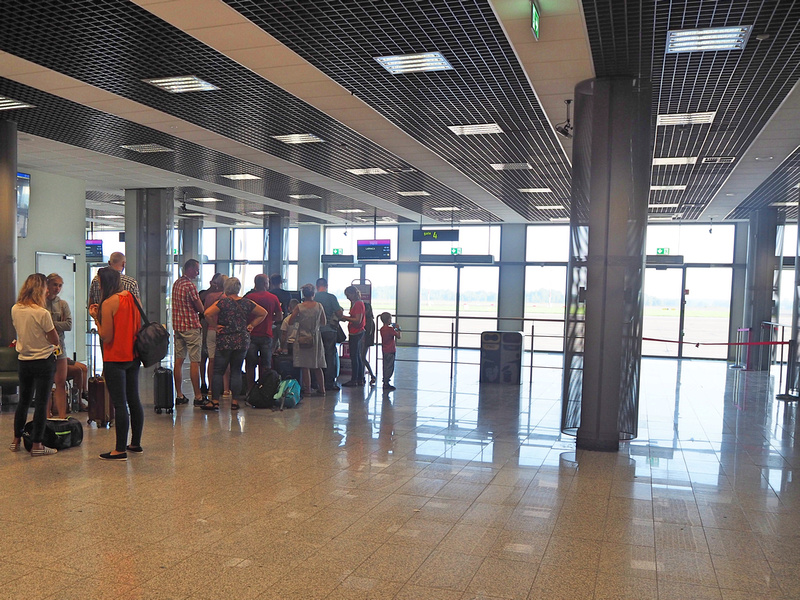 The bus to the plane for a tarmac boarding. 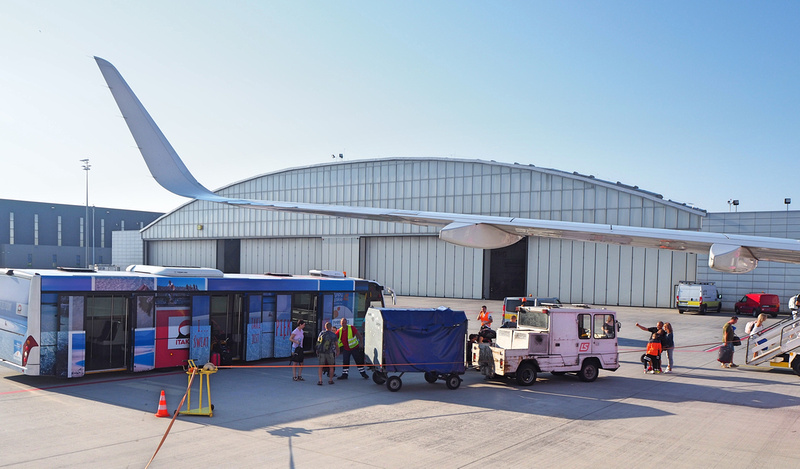 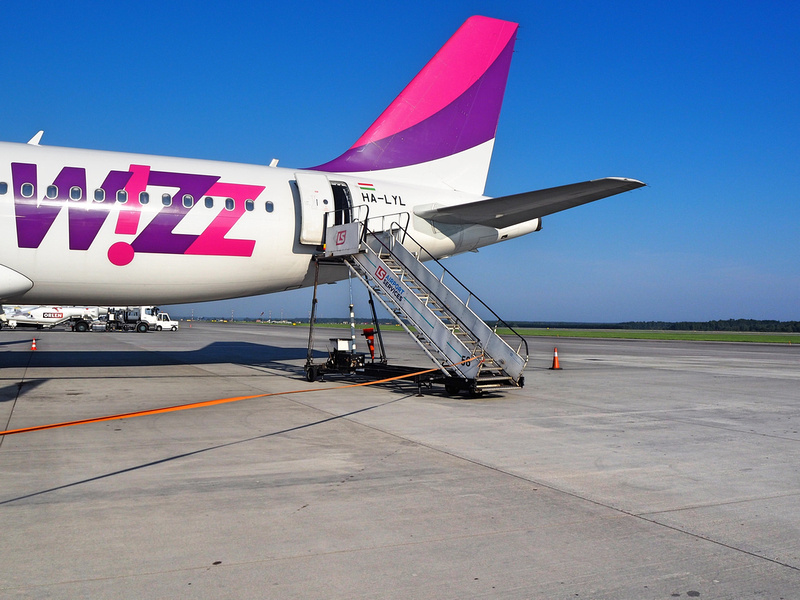 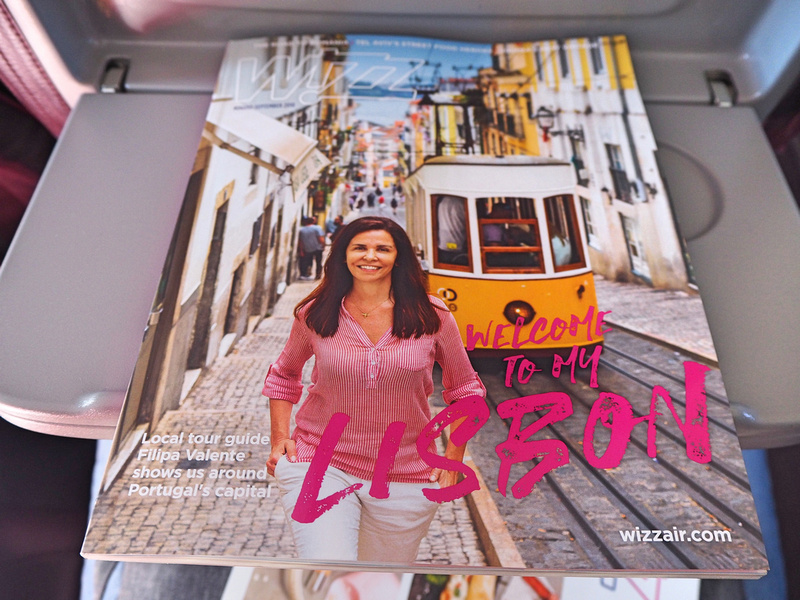 Wizz now have over 100 A320 aircraft in their fleet, making them a substantial airline of Europe. 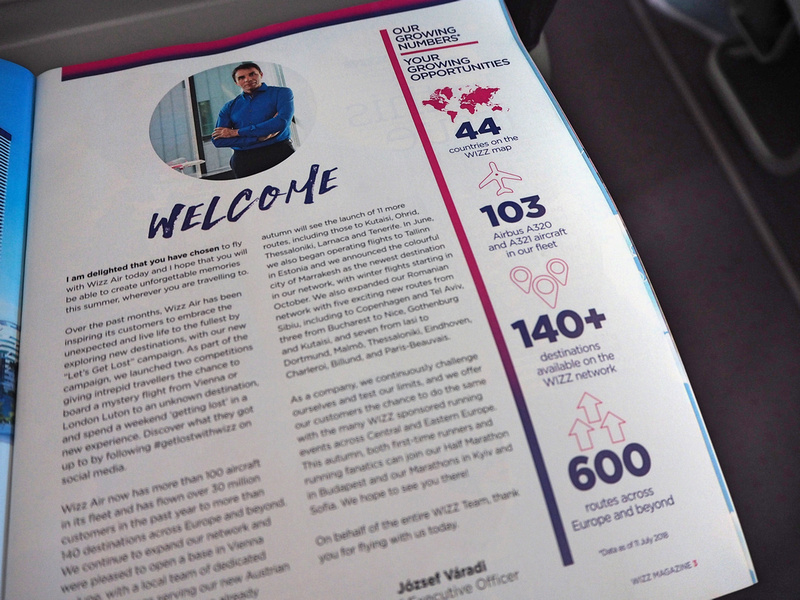 When I was flying them from Budapest they already had a good selection of destinations. They now have an even more impressive route map. 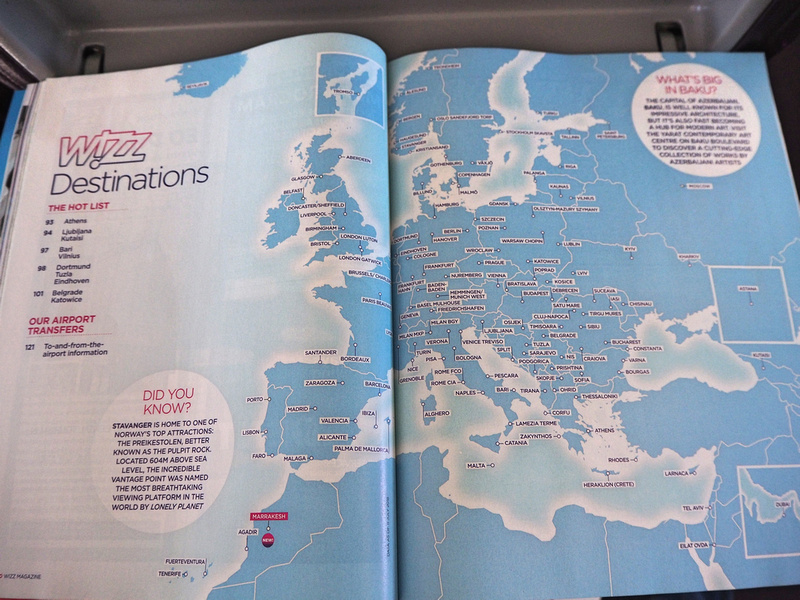 Being a low cost airline there is no free meal service. You can buy food and drink onboard, or order in advance. 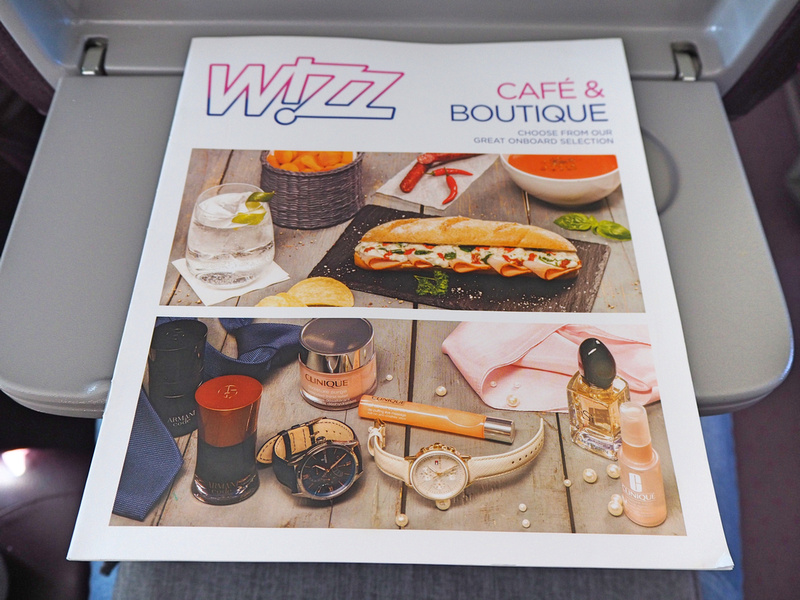 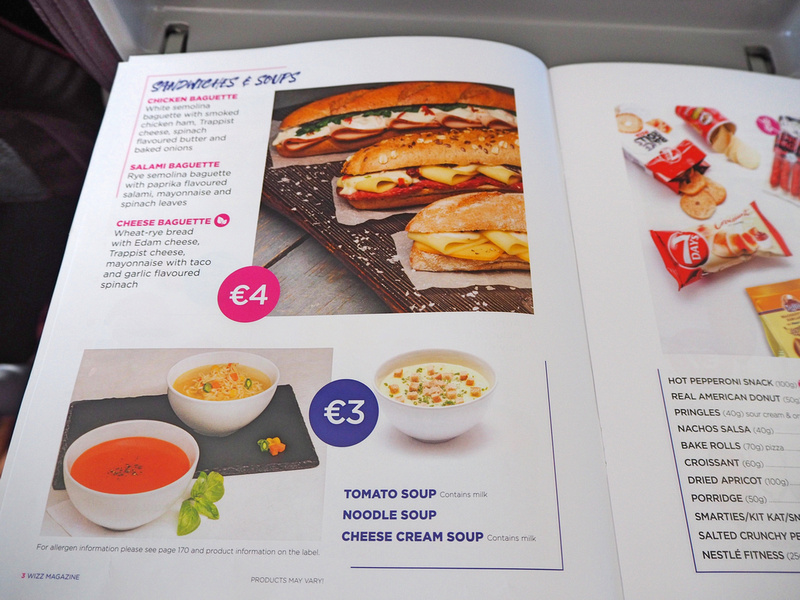 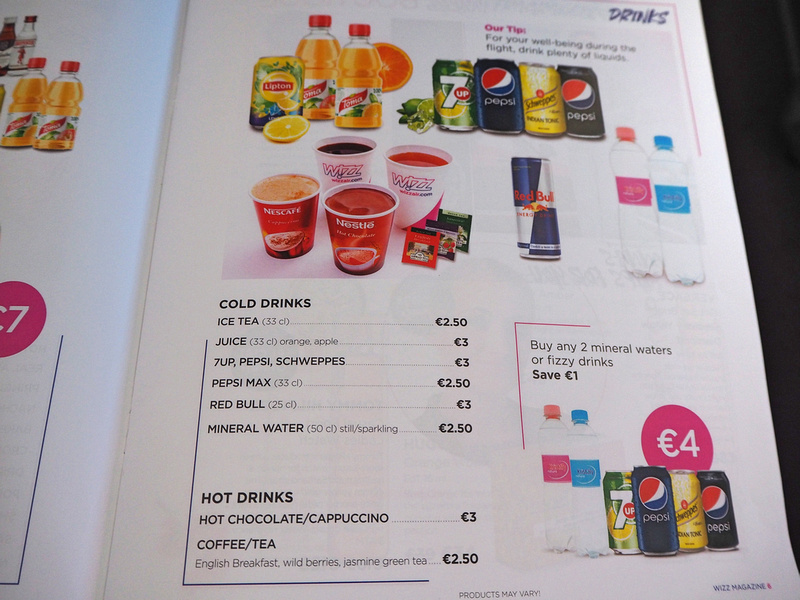 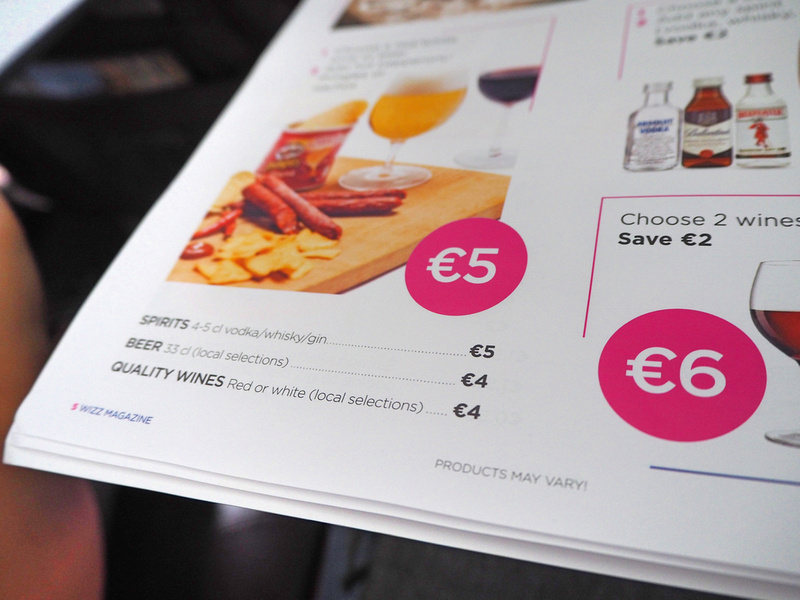 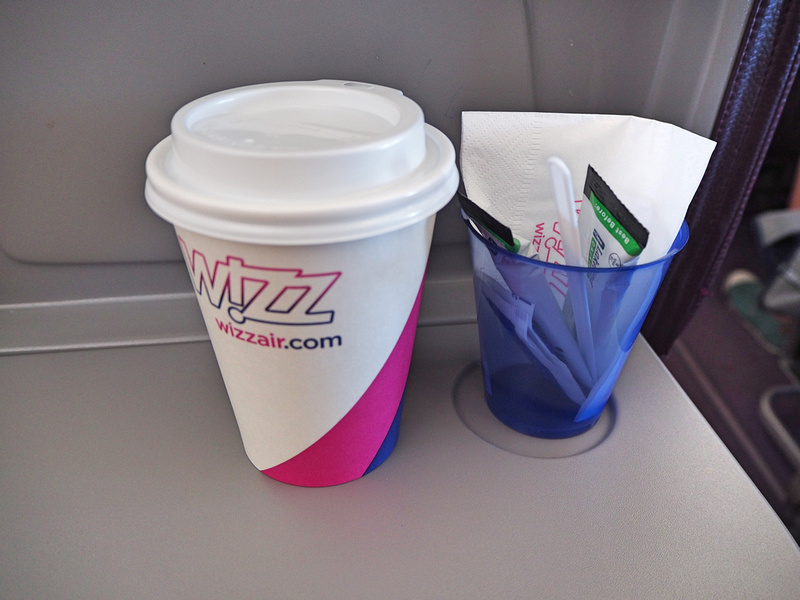 Continuing with the Ryanair comparisons, like Ryanair there are no seat-back pockets apart from a little pocket that can hold a small water. And I’m not even sure that was the purpose of the pocket. Also annoying are the tray tables which are at the top of the seat, making working on your laptop impossible. 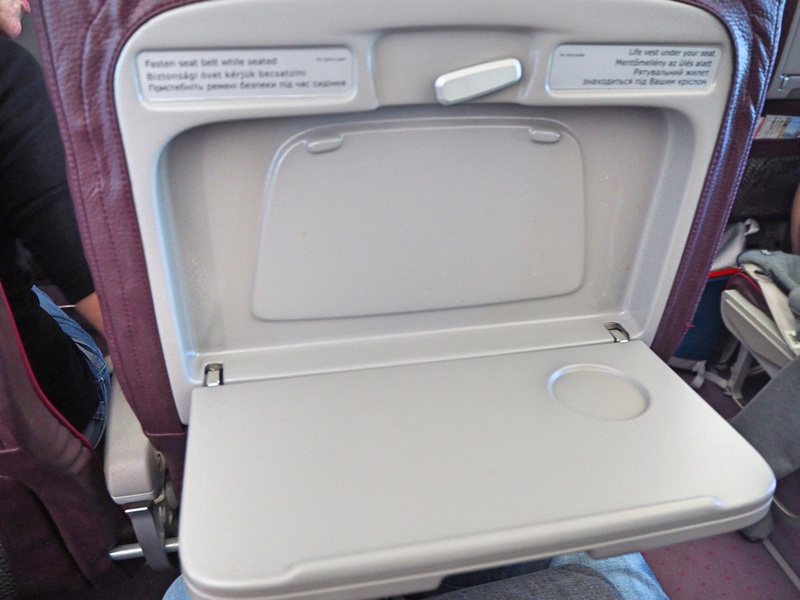 We arrived at Larnaca pretty much on time. While there are aerobridges at Larnaca, we got disembarked from the tarmac. 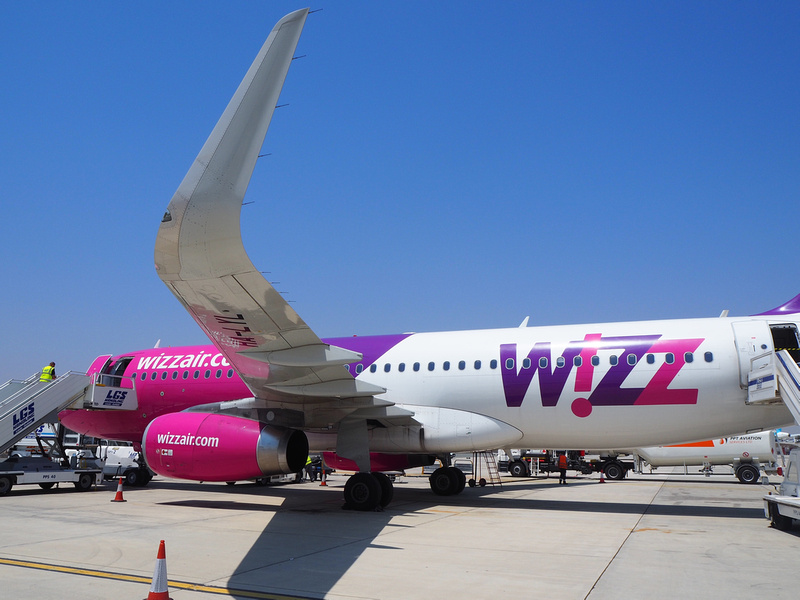 Overall the flight itself was fine – just a regular flying experience on a low cost airline. But like my experience with Ryanair, I would rather avoid an airline that makes ticketing deliberately difficult. The fee for not checking in online is ludicrous when it doesn’t make any difference at the airport. It’s only purpose seems to be to trap unsuspecting passengers into another fee.

I would never say never again, as that just limits my options if I do have to travel somewhere in Europe in the future. But with so many airlines and destinations to choose from in Europe I wouldn’t fly Wizz unless I had to.