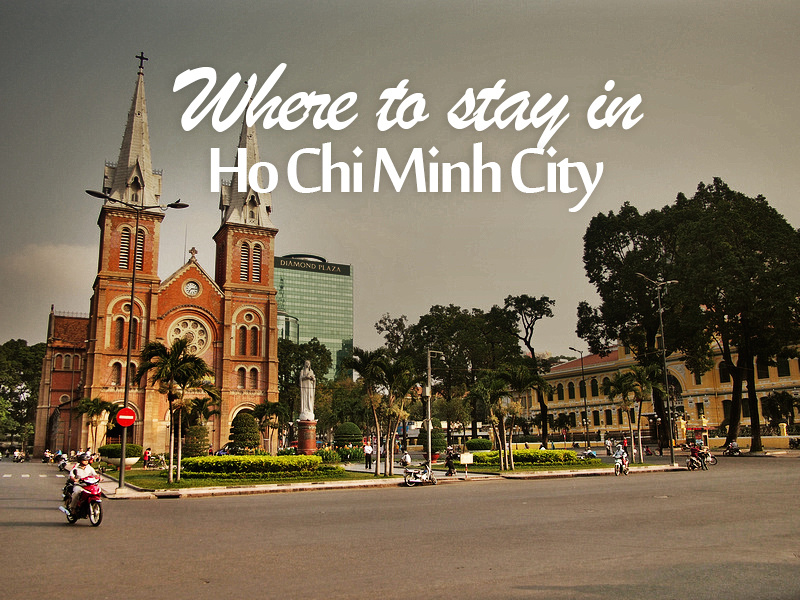 Picking where to stay in Ho Chi Minh City is relatively simple compared to where to stay in Bangkok. There are 24 districts that make up Greater HCMC, but for visitors you will only need to worry about finding a place in district 1. This is a guide for short term visitors in mind. 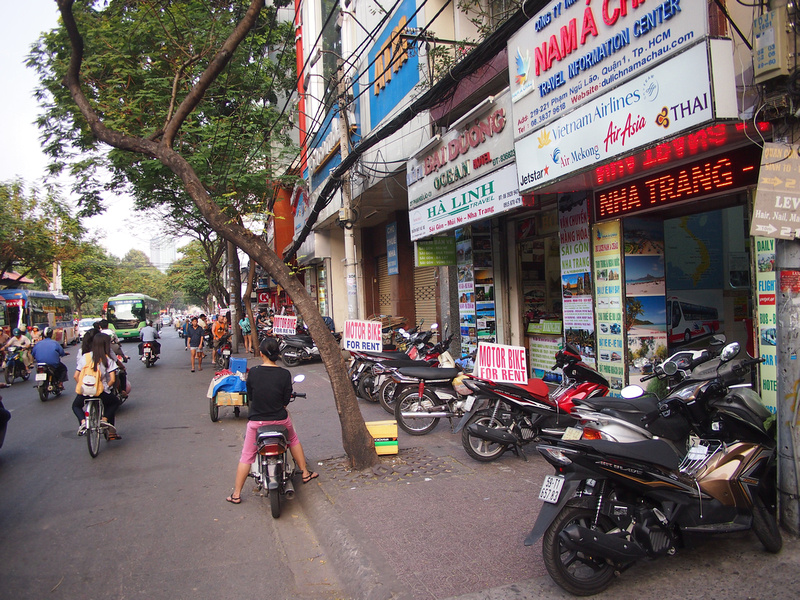 Pham Ngu Lau is the backpacker area of Saigon and refers to the street of Pham Ngu Lau, the parallel street of Bui Vien, and the alleys that run between the two streets. This is where you will find the cheapest hostels, guesthouses, and hotels. It is a big backpacker party street with bars spilling out onto the street in the evening and travel agents with information for onward travel in Vietnam and Southeast Asia. It is similar in vibe to Khao San Rd in Bangkok, the biggest backpacker street in Asia.

If you are on a budget then look no further as here you will find $5 dorm beds and basic guesthouse rooms for around $15. 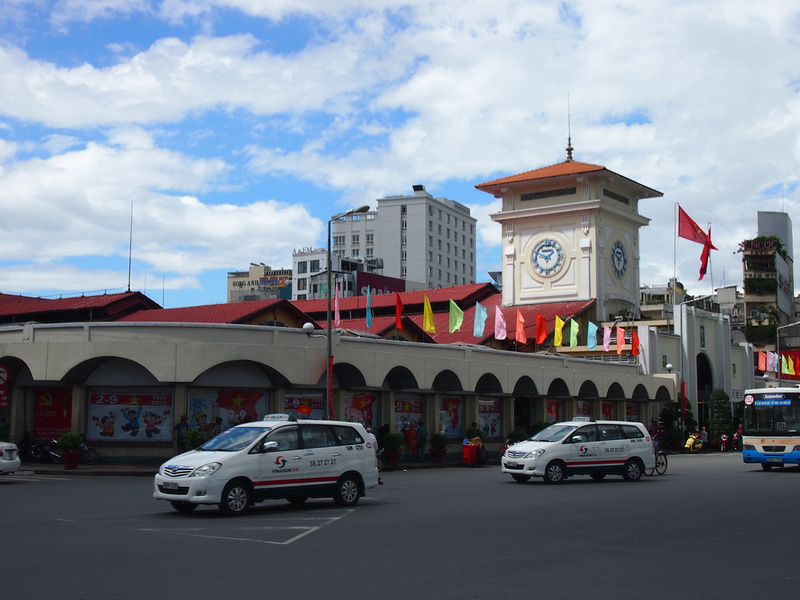 If you had a to pick a central point in Ho Chi Minh City it would be Ben Thanh Market. Indeed, the town planners have decided to build the biggest metro station in Saigon in front of Ben Thanh Market. There lots of budget and mid-range hotels in the streets surrounding the market and it’s a good option if the backpacker scene isn’t your thing. 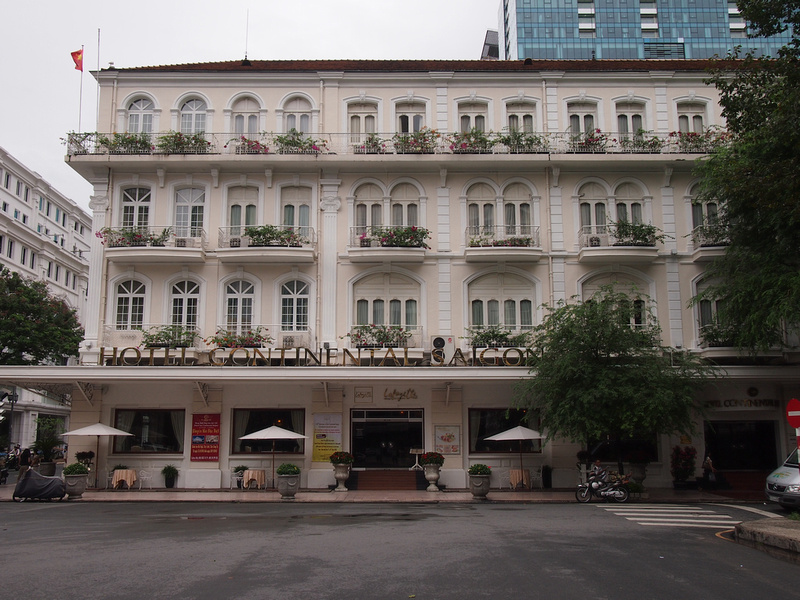 From Benh Thanh Market walk down Le Loi Street a few blocks and you will reach downtown District 1. The streets are a bit quieter here (emphasis on a bit – it is still Saigon afterall) and there are remnants of the French-colonial era, back when it was known as “the pearl of the Orient”. There are mostly mid-range and luxury hotels here.

Some of the most iconic hotels in Saigon are in this area. On Dong Khoi St the Hotel Continental (next to the Opera House) is a 19th century hotel that is famous for being the residence of Graham Greene while he was writing The Quiet American.

On the other side of the Opera House is the Caravelle Hotel, which was home to foreign correspondents during the Vietnam-American war.

On Nguyen Hue at the corner of Le Loi the Rex Hotel commands a central position near the City Hall. There is a rooftop bar called the The 5 O’clock Follies, named after the news reports that would be broadcast from here during the War.

Search for hotels around Dong Khoi and Nguyen Hue.