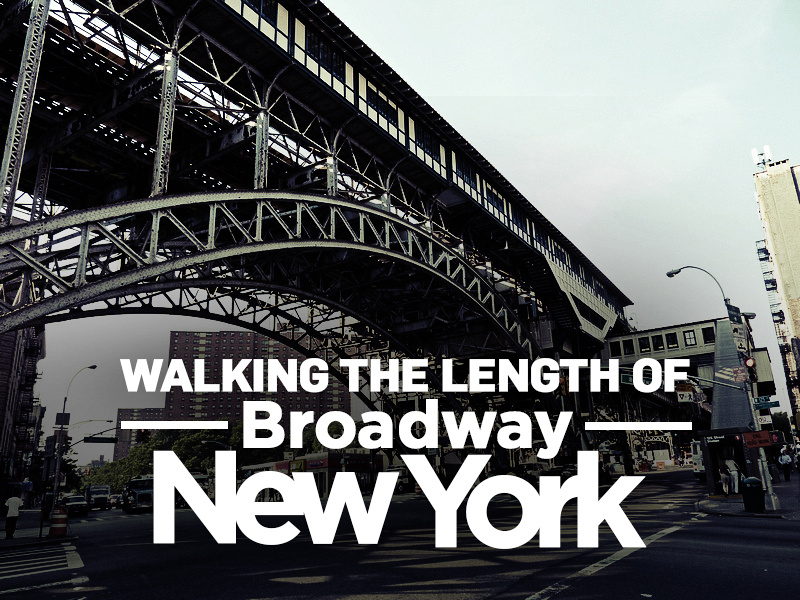 Ever since I discovered this geographic curiosity I have often thought about walking from top to bottom. When I was in Newport I casually told my hosts Kevin and Brigitte of my idea while we were poring over the legendary New York Subway map. Far from thinking I was crazy, they thought is was a worthy challenge and wanted to come as well.

The walk took 6 hours and 45 minutes, which included breakfast, lunch and coffee breaks along the way. We had no time limit on our walk, so we could stop as often as we wanted. Our only rule was that we had to stay on Broadway, so any enticing shop off Broadway would have to be noted and visited some other time.

Before this walk I had never been higher than 130th St. Seeing the grand parks and buildings in the 200’s was unexpected for me and it was interesting to see such a varied cross section of neighbourhoods across the island. Walking Broadway is a great way to experience Manhattan.