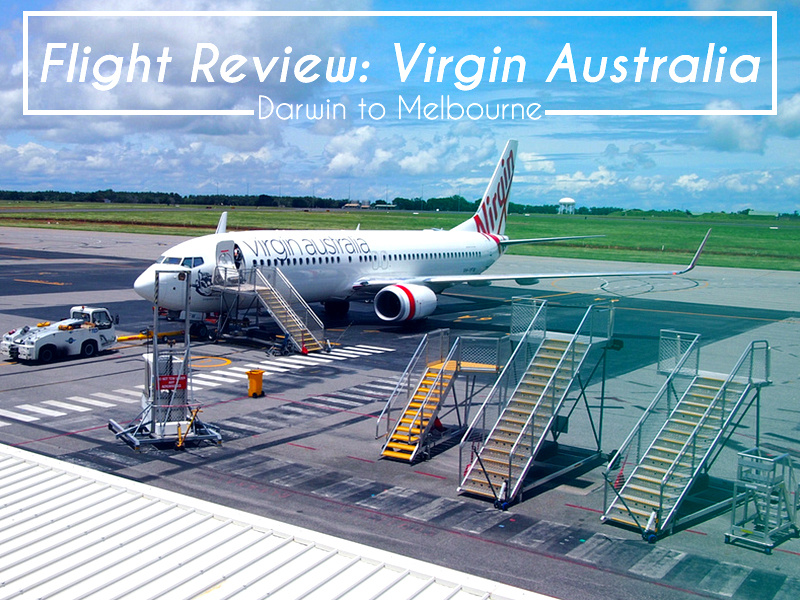 I flew with Virgin Australia from Darwin to Melbourne. I was originally flying from Bali to Melbourne but I noticed a cheap flight from Bali to Darwin, so I made the detour to Darwin. I had never been to Darwin, and I always thought Darwin would make make a great gateway city to Asia. I compared flights with Skyscanner.com to see what my options were.

There were three direct flights for Darwin to Melbourne. Qantas was clearly aimed for business travellers as the price was so out of line with its competitors. Jetstar was the cheapest, but by the time you add a checked bag it was the same price. Plus the Jetstar flight is in the middle of the night, so Virgin was the clear winner here. 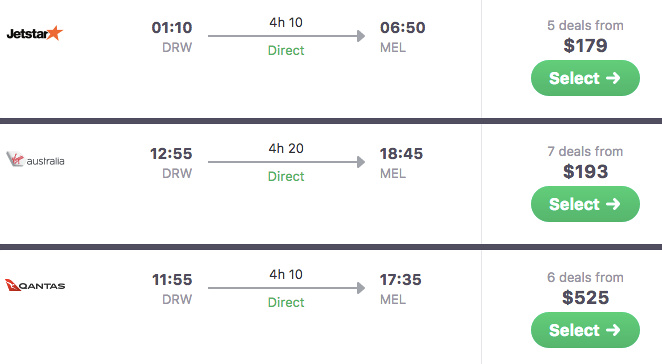 In the end the flight was $200AUD, which is good value for a 4-hour flight. 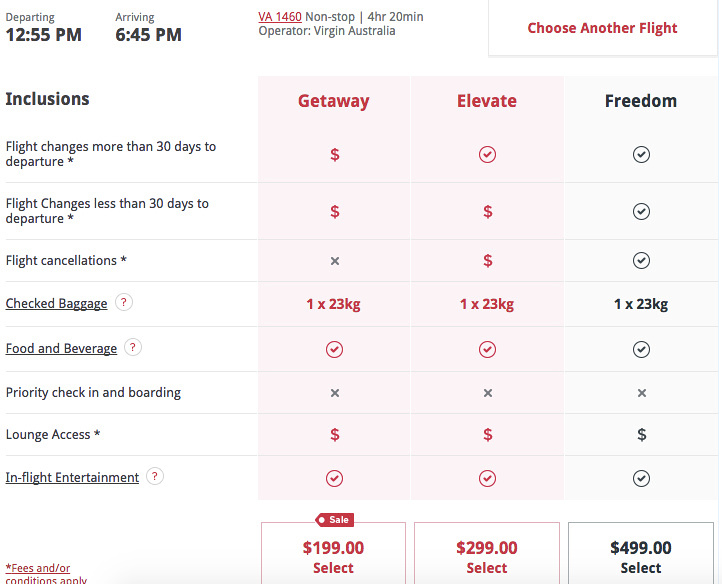 About a week before the flight I got an email offering to bid for an upgrade. I’ve heard some travellers getting some bargain business class flights by doing this, but I opted out.

Darwin airport is small so some flights are boarded via the tarmac. Luckily for this flight the rainy season rains weren’t beating down at the time of boarding. 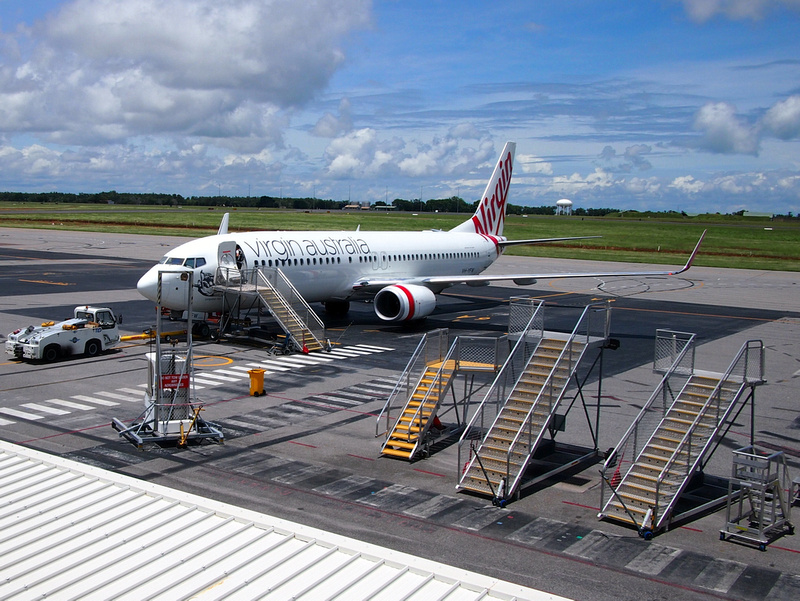 Virgin Australia was formerly known as Virgin Blue, and the airline livery was a loud red and blue design. In 2011 Virgin Blue consolidated the other Virgin brands of Pacific Blue and V Australia into Virgin Australia. The result is now this sleek and minimalist brand which looks more like a full-service airline. 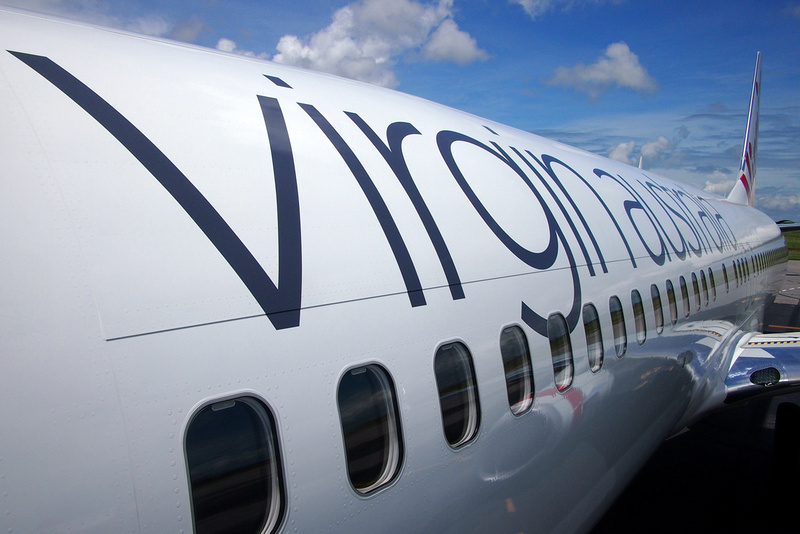 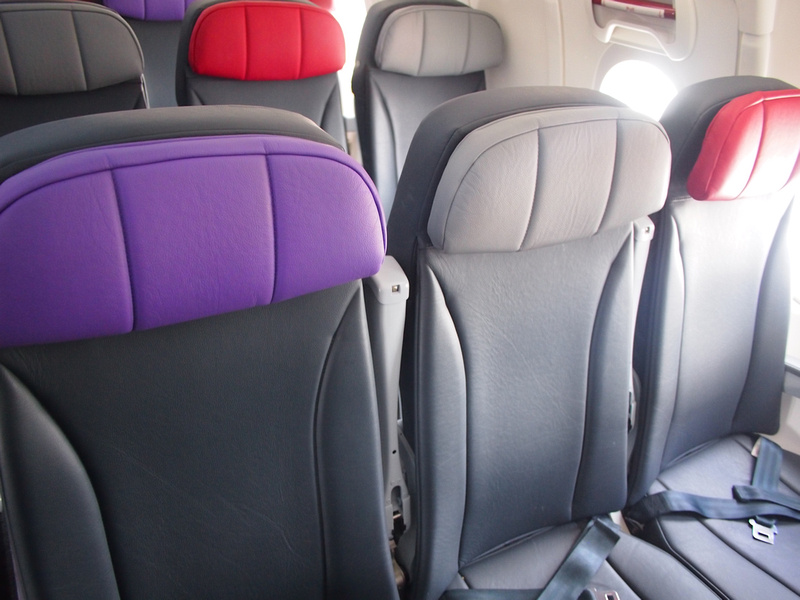 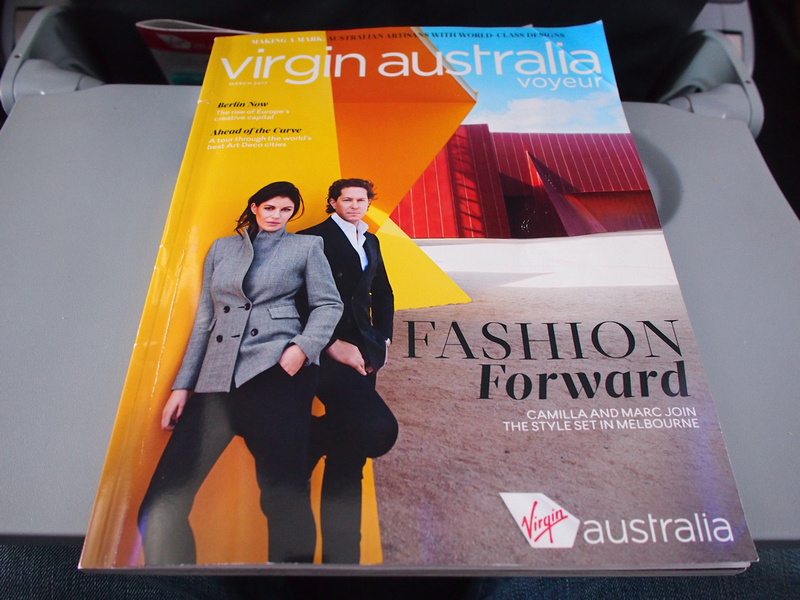 Virgin Australia is the main competitor to Qantas for full-service domestic Australian flights. 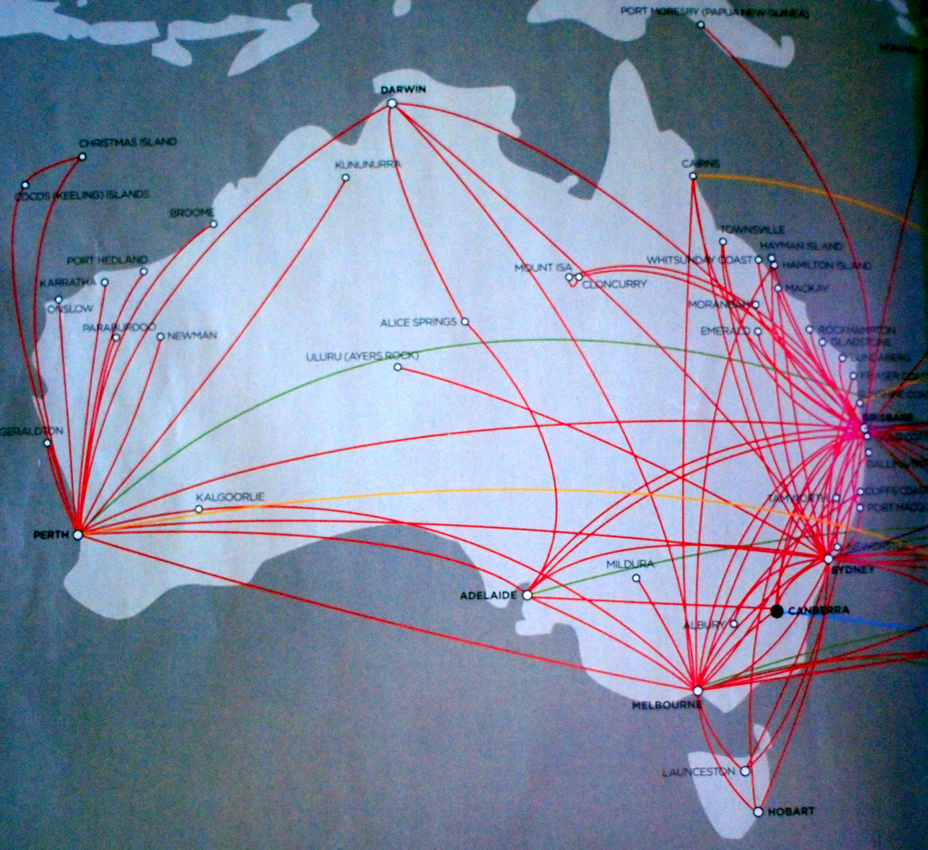 A free lunch is served on this flight which was a vegetarian lunch box – a hot vegetable pastry, sandwich, and apricot snacks. 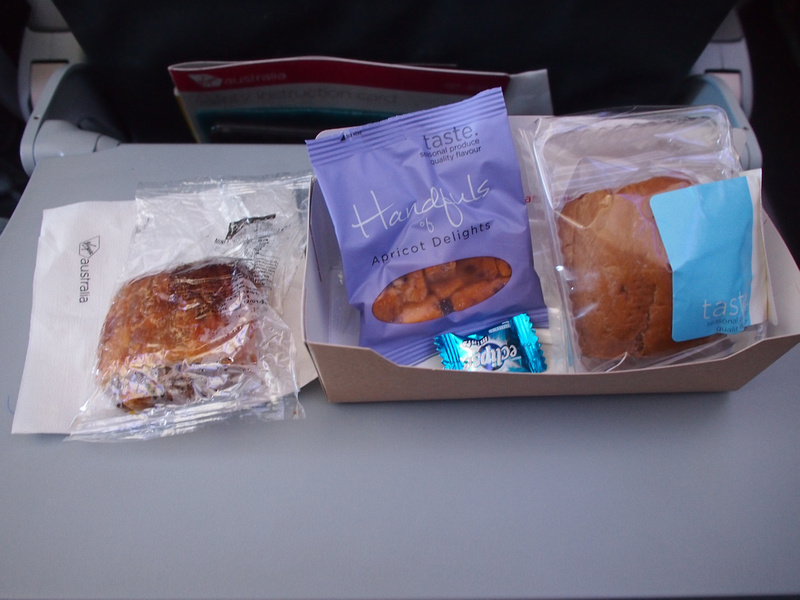 A free drink is also served with lunch. 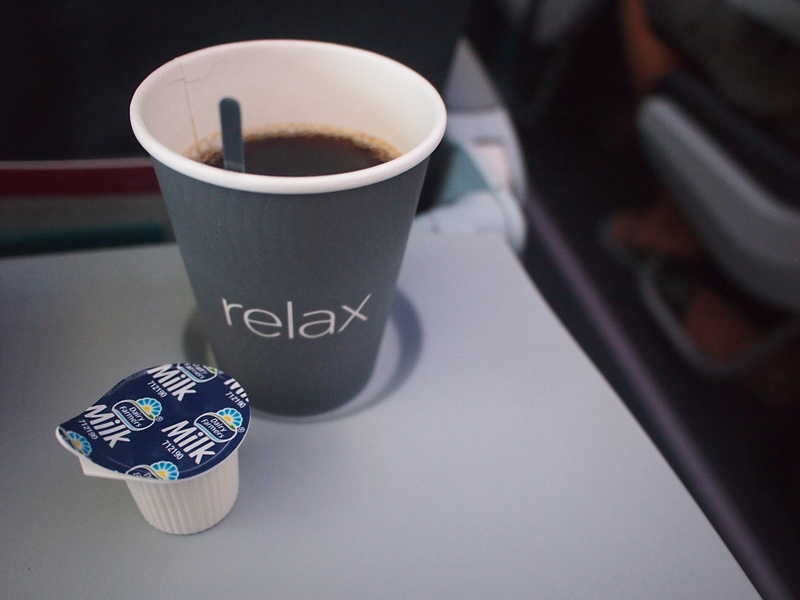 Throughout the flight you can also purchase additional food. 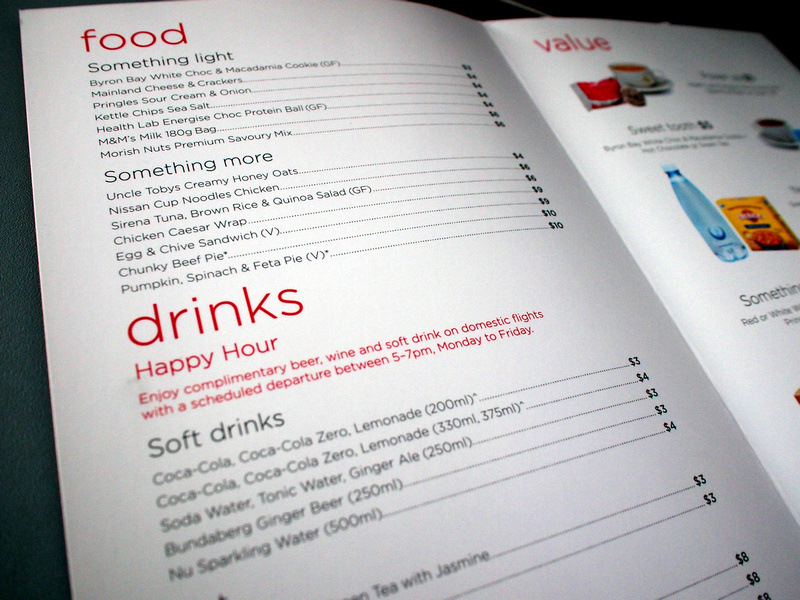 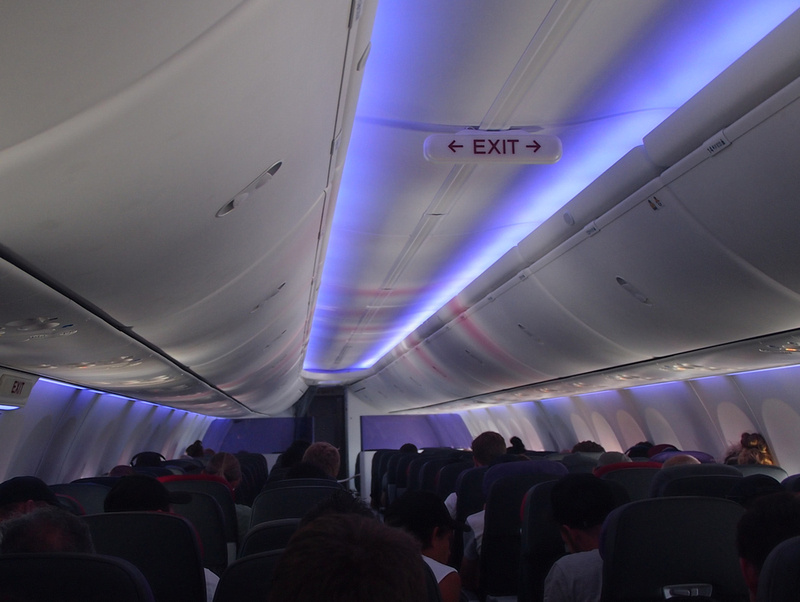 As a full-service airline entertainment is provided onboard, though on the 737 flights (such as this one) the onus is on you to bring the screen. Virgin do provide screens on their 777/A330 aircraft.

This is a system that is being adopted by other airlines as well. The reasoning being that most people are bringing their own devices now. By not having a built-in entertainment system the airlines are saving the cost and weight of installing entertainment units. With your device you look for the onboard wifi signal and access the entertainment options there. 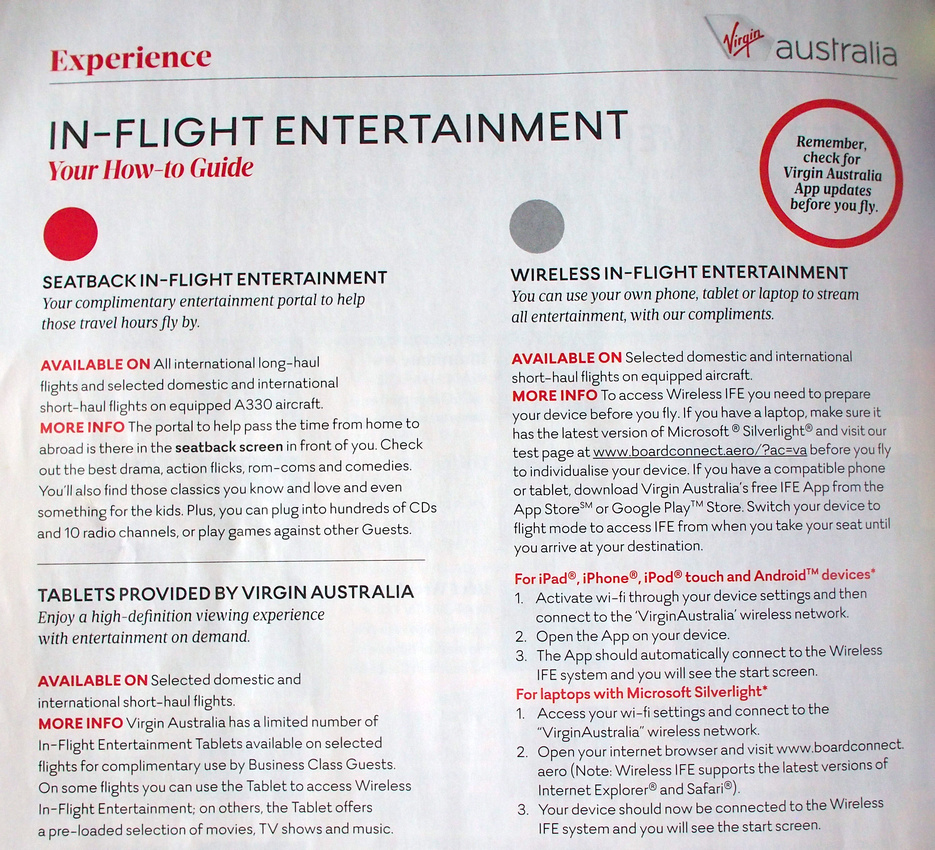 What I didn’t know was that you need to have the app installed on your device to watch movies onboard. While Virgin sent me the email asking if I wanted an upgrade, they should have also sent an email preparing me for the onboard entertainment.

If this is going to become a common feature on airlines then they will also need to provide power outlets for every seat. At the time of my flight none of my devices had the staying power of 4 hours of continuous use. I would have liked to have watched a movie, but not to be. I contented myself with the only device that doesn’t need to be charged every day; my Kindle Paperwhite. 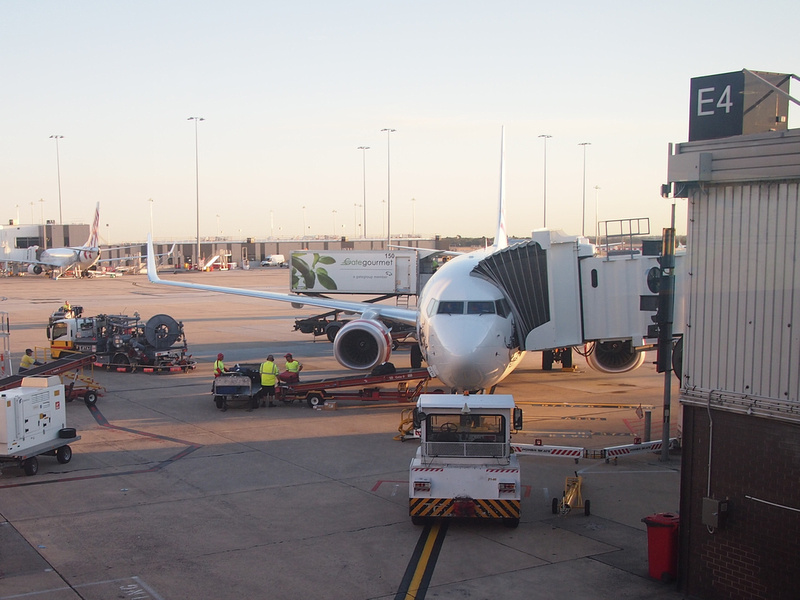 Overall it was a comfortable flight. I usually flight Qantas in Australia purely for awards points, but I also have a Velocity Frequent Flyer account for Virgin Australia points.