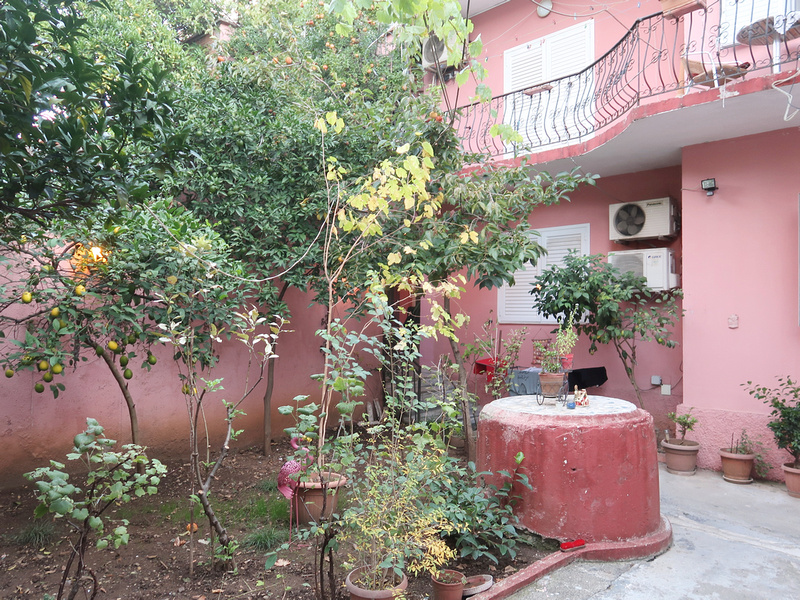 I stayed at Villa Center in Tirana, Albania. I booked online at the rate of €17 per night, and I booked it for its price and location in Tirana.

The Villa Center is indeed a villa in the centre of Tirana. It’s actually a block away from Skanderbeg Square (the centre of Tirana), and it is down a dead-end alley so it doesn’t have the traffic that you would expect of such a central location. 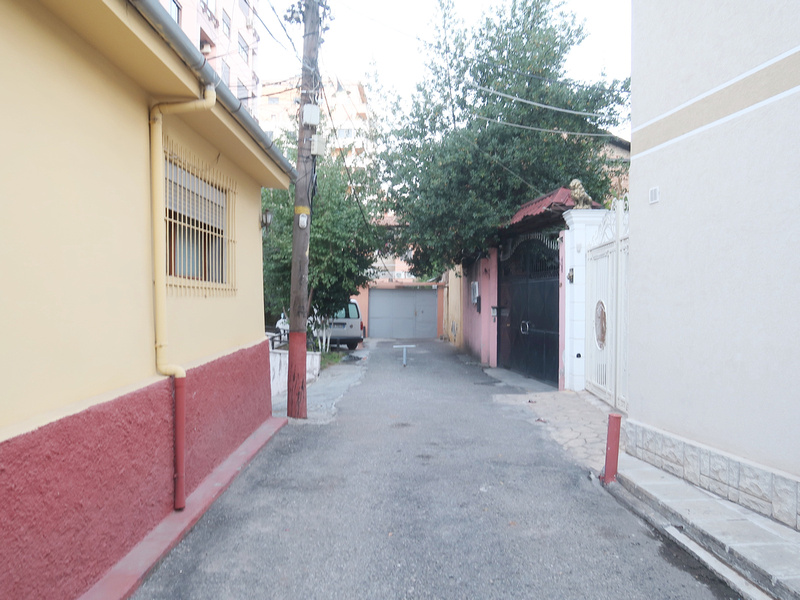 The villa/house is set on its own property with a big lockable gate. After I booked, the property gave me clear instructions on how to find the property and enter. 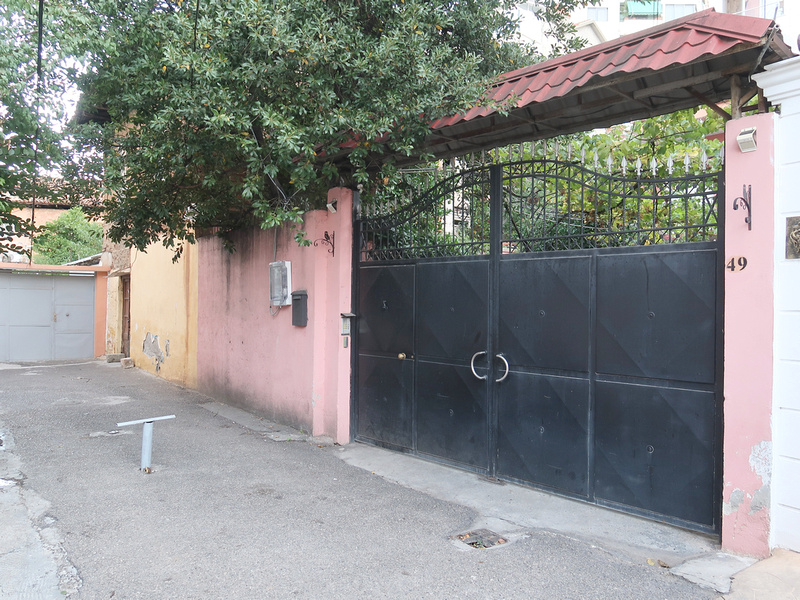 The entrance features a garden, adding to the illusion of being somewhere other than in the middle of a capital city.

I was checked in by the owner’s parents (I think). They had no English but they were friendly and we didn’t need to say much to check in. Any questions were handled by text messages on Whatsapp. 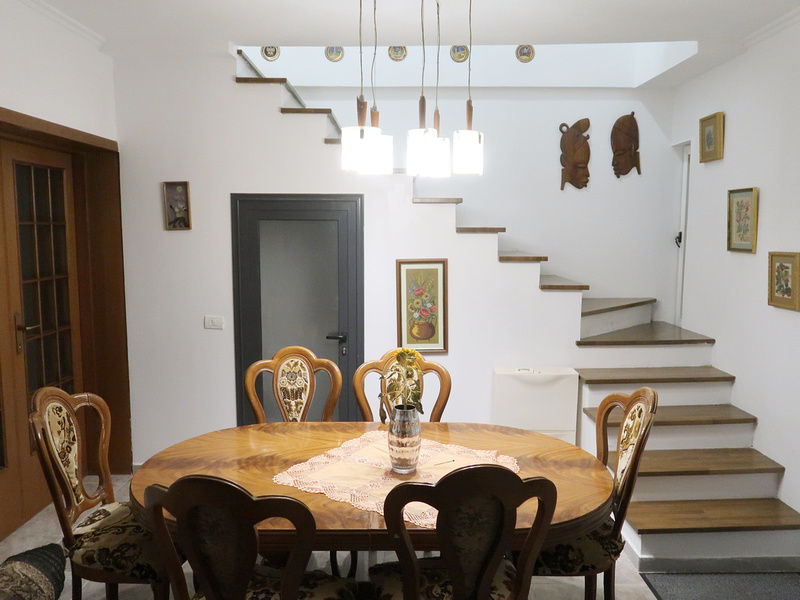 I got a double room with a private bathroom. It was a nice enough room with a comfortable bed. 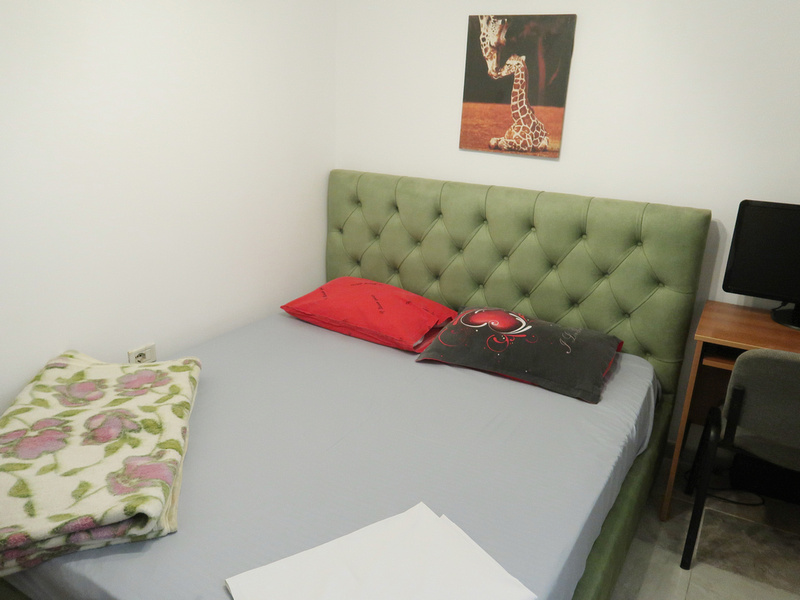 The room had a work desk, though having a computer on it just took up space (I’m not sure any travellers needs to use a house computer now). The one thing they didn’t do was write the internet password somewhere. I got sent the wrong log-in, so that was just time-consuming doing back-and forwards messaging trying to log in. It wasn’t the best reception in my room either, so I sometimes went downstairs to do work. 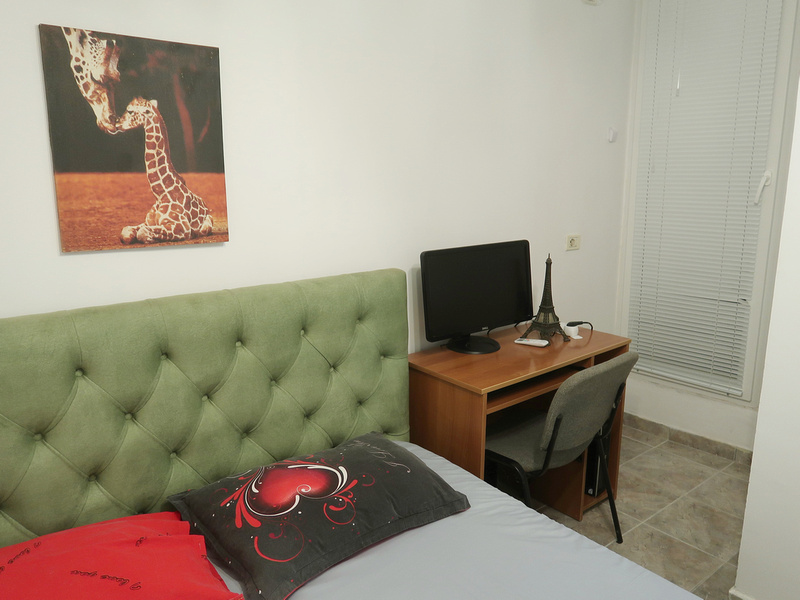 The bathroom was clean and tidy, though not much space to put toiletries. 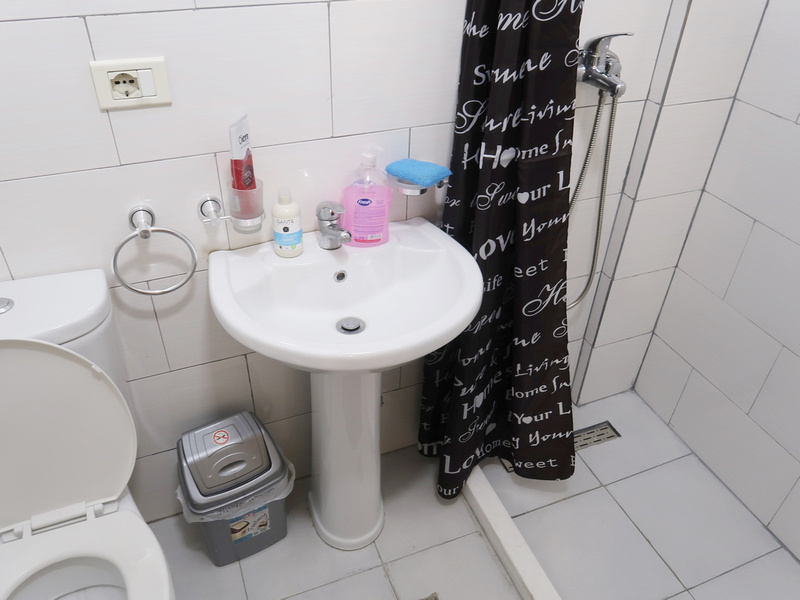 The location was unbeatable, living up to its “center” name. I had an early flight to catch (before any buses were running) so it was a short walk to a taxi rank near the main square.

Book or check rate of the Villa Center online, or search for more hotels in Tirana.

I also stayed at a hostel, guesthouse, and apartment guesthouse while I was in Tirana.

If you haven’t been to Tirana, my trip report gives an overview of what to expect.