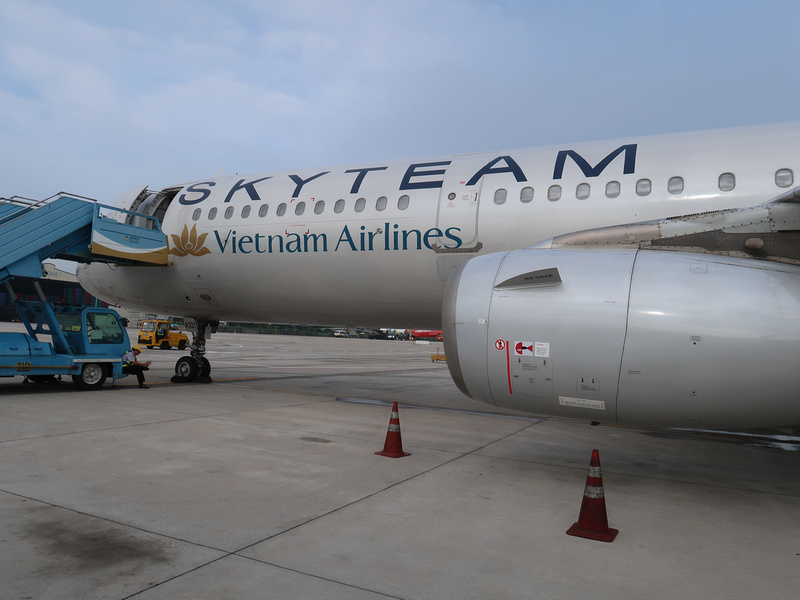 Vietnam Airlines has three flights a day, so I went with the first one in the morning.

The total price with a checked bag was $39 USD.

At Tan Son Nhat Airport I use the kiosk check-in for Vietnam Airlines. That way you can select your seat from the seat map. 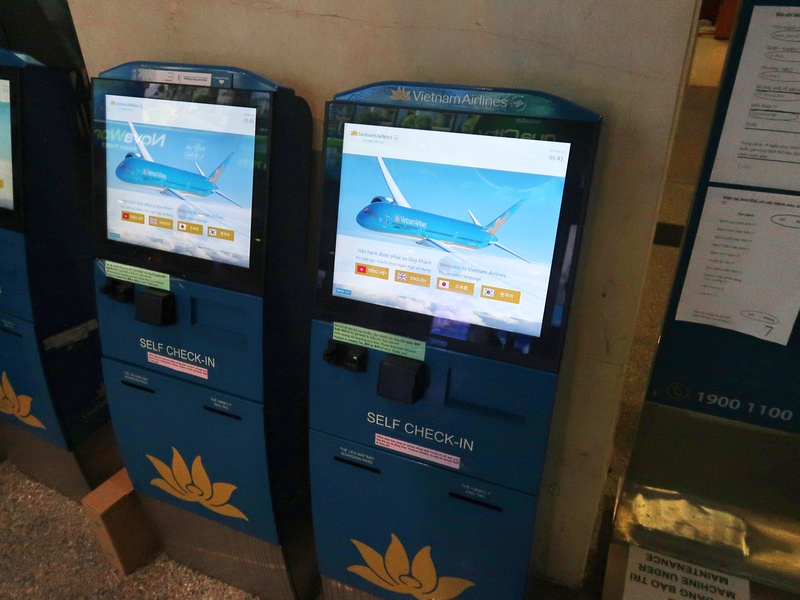 It’s also quicker than lining up in the check-in queue. There is usually only a few people in the bag drop queue. 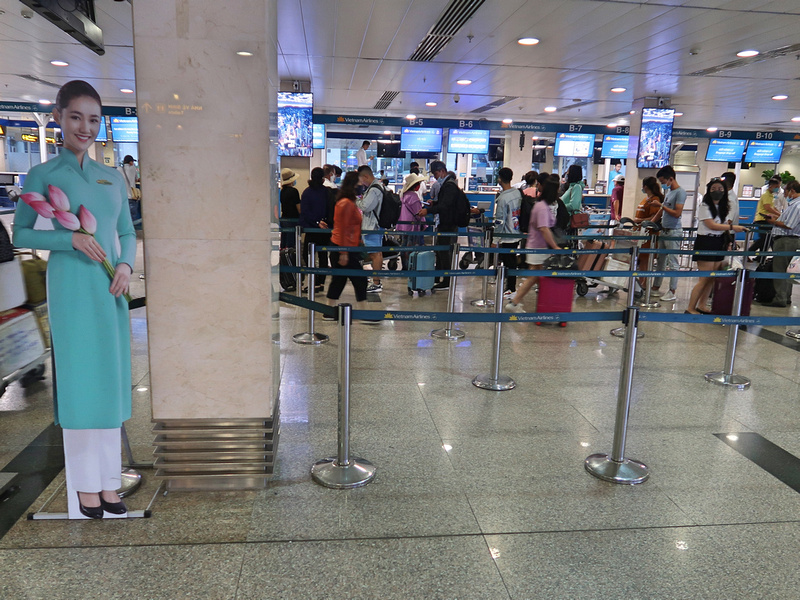 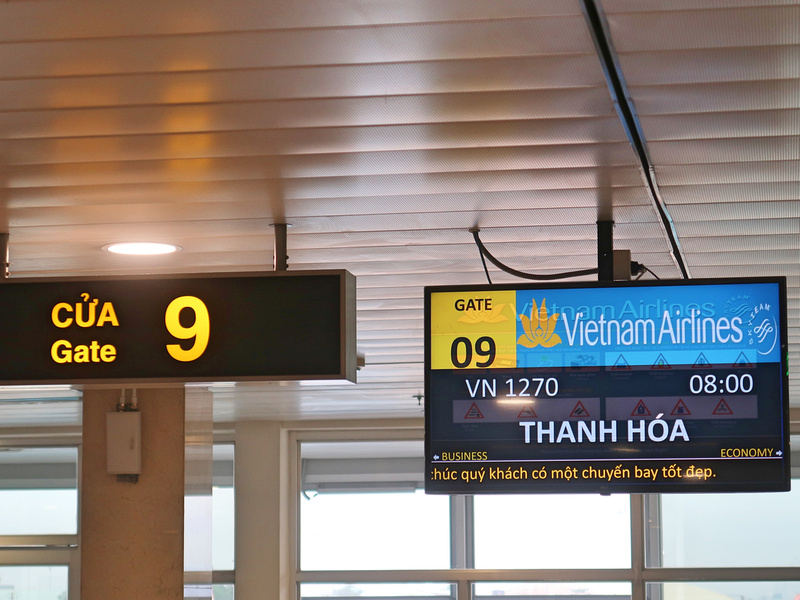 We were bussed to the aircraft as there is a shortage of air bridges at Tan Son Nhat. The airport has approved an expansion, and there is also a new Ho Chi Minh City Airport planned.

Vietnam Airlines is a member of the Skyteam Alliance. Originally I was collecting points via my Delta frequent flyer account. I now collect points from VN flights using my Vietnam Airlines Lotusmiles account. 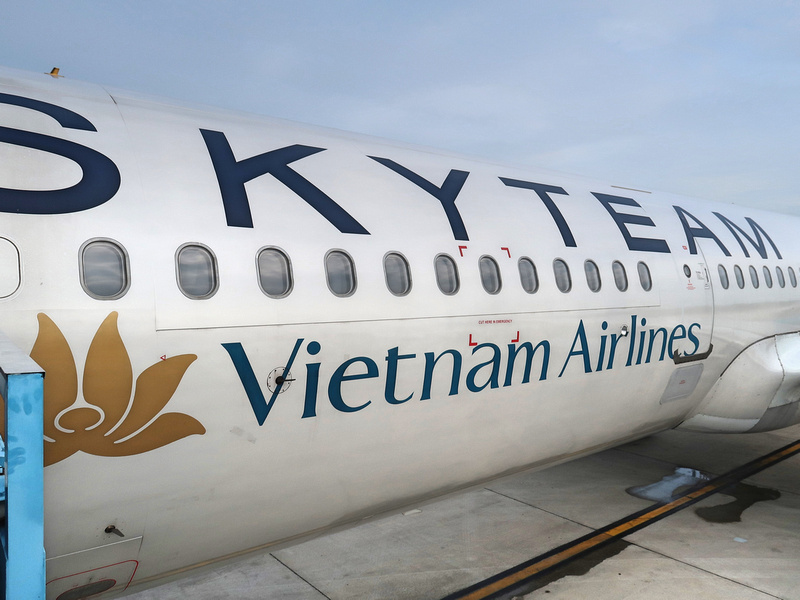 The fight was about 90% full, so not bad considering the state of the aviation world in 2020. Thanh Hoa is not a tourist city, and it’s closer to Hanoi. It was interesting to see how many people travel between Saigon and Thanh Hoa. 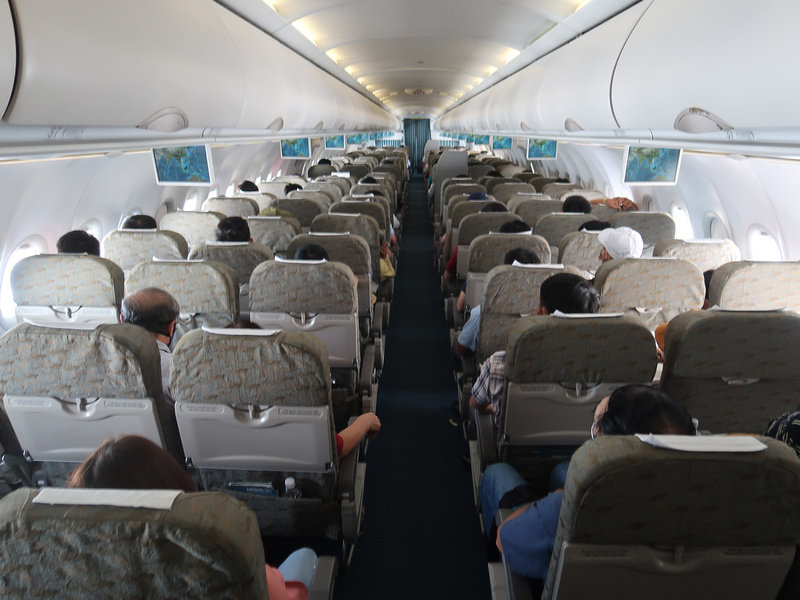 Vietnam Airlines is a full service airline, and they show tv shows on longer flights. Today the tv screens show the route map. a light meal was served on the flight, which included a sandwich, yogurt, and water. 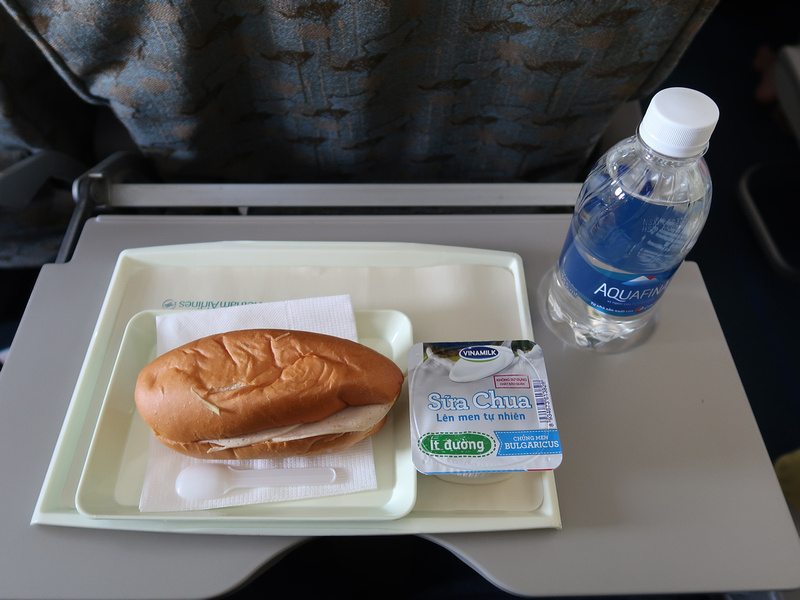 Vietnam Airlines usually has two magazines – Heritage and Fashion magazine. I only saw the Fashion magazine and it was the Mar-Apr 2020 edition. They may have missed an edition while flights were stopped during the April 2020 pandemic lockdown. 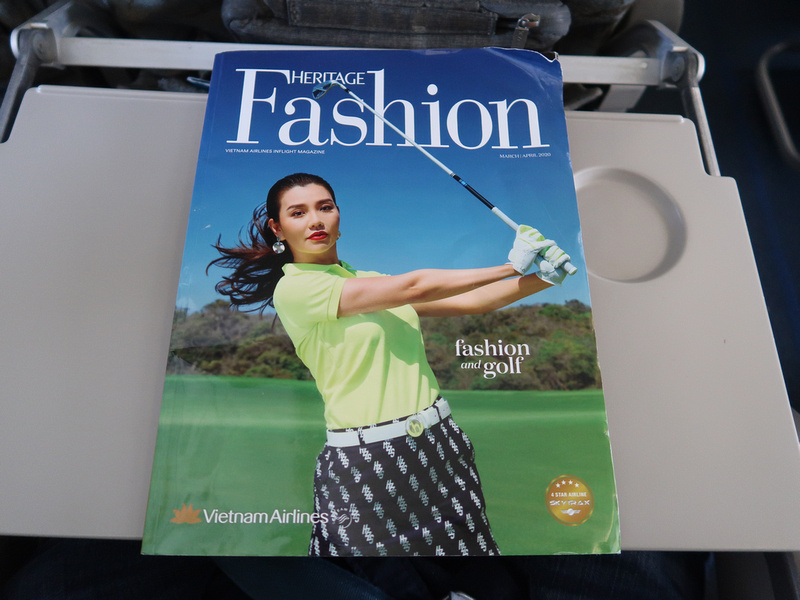 The route map shows the flight path following the coast. If it was a direct route it would fly over Cambodia and Laos. There was talk of allowing this route known as the golden flight path or golden route, but it appears that it didn’t happen. 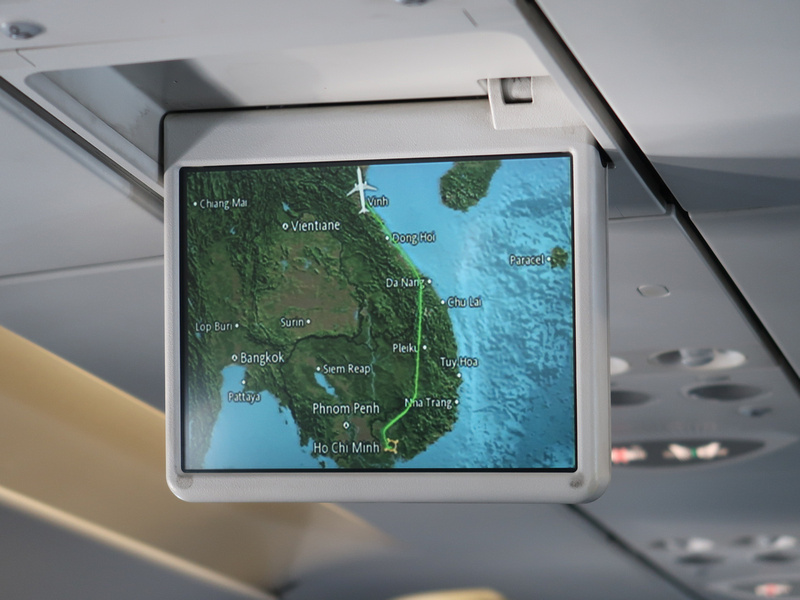 Tho Xuan Airport (THD) is advertised as Thanh Hoa, though it’s 45 km northwest of the city. 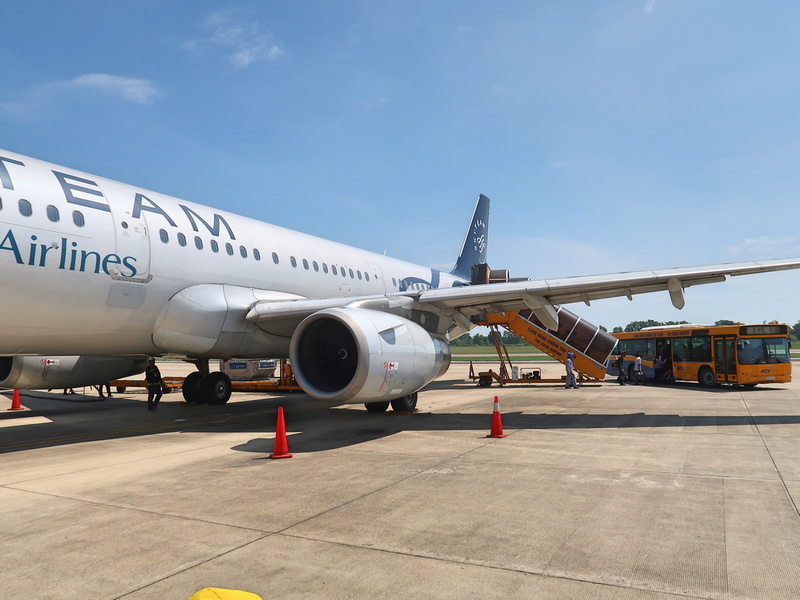 It’s a small domestic airport, so there are no air bridges. 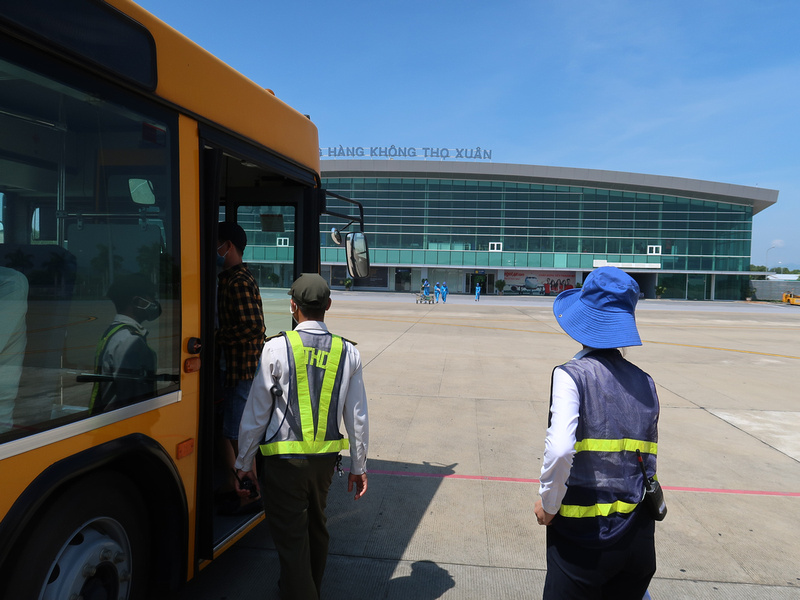 And being a small airport the bags are delivered quickly. 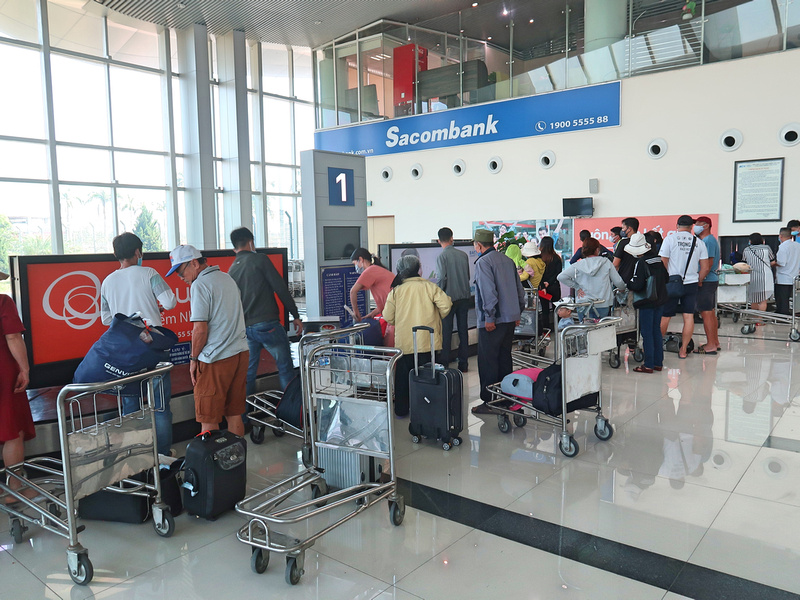 If you are planning to visit the Trang An Scenic Landscape Complex in Ninh Binh, Thanh Hoa is the closest airport. You can arrange transport from the airport, or go into Thanh Hoa first and get the bus or train. 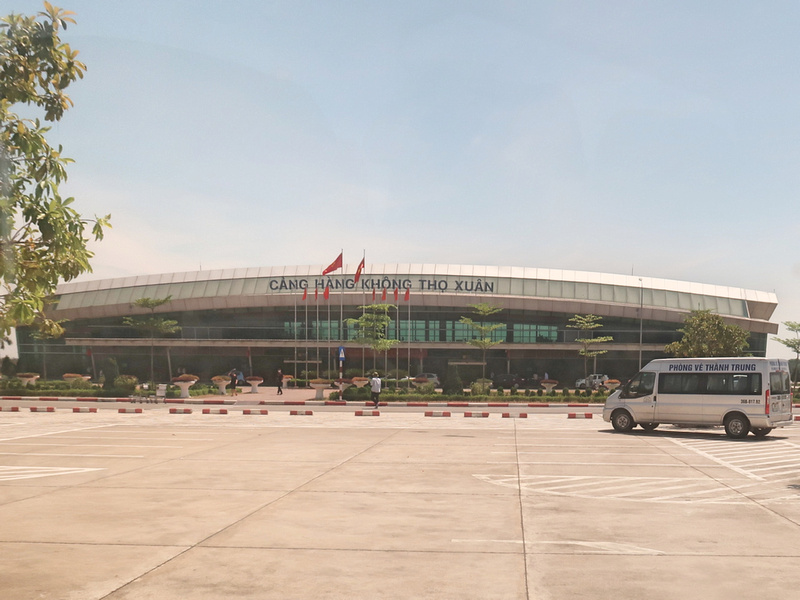 Overall this was a good flight option to get to Thanh Hoa from Ho Chi Minh City.