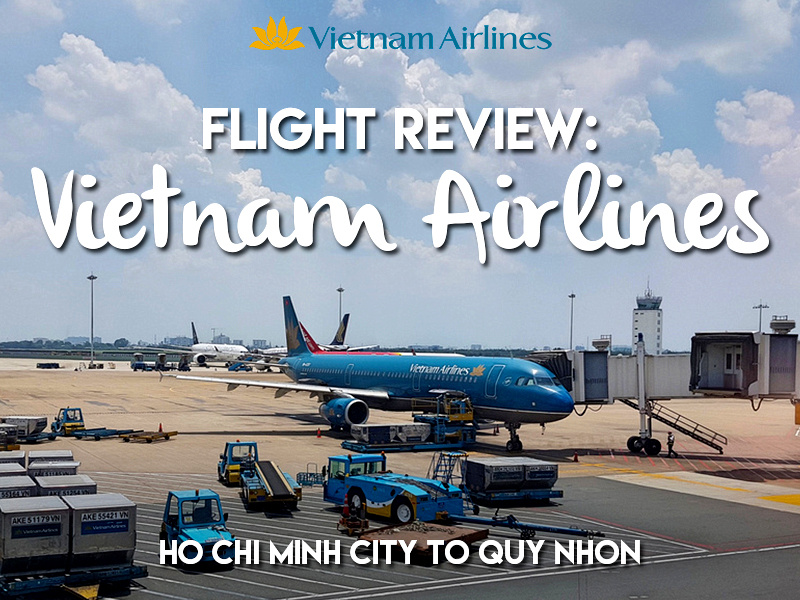 I flew with Vietnam Airlines from Ho Chi Minh City to Quy Nhon. I compared flights with Skyscanner and there are three airlines offering flights throughout the day. All the airlines were offering cheap flights, and my flight was 814,000 VND ($35.61 USD).

I haven’t flown with Vietnam Airlines that often, so I picked this flight partly to mix it up from flying on Jetstar and VietJet. I last flew Vietnam Airlines to Hanoi, and they are a good airline to fly domestically.

The airport for Quy Nhon is at Phu Cat Airport, but at the airport and on the ticket it’s listed as Quy Nhon.

This was a short trip for me so I went carry-on only. I didn’t check in online as I knew that the procedure at Tan Son Nhat (SGN) is an easy process. Sure enough I arrived at the airport and there was a bank of self check-in kiosks that were available. 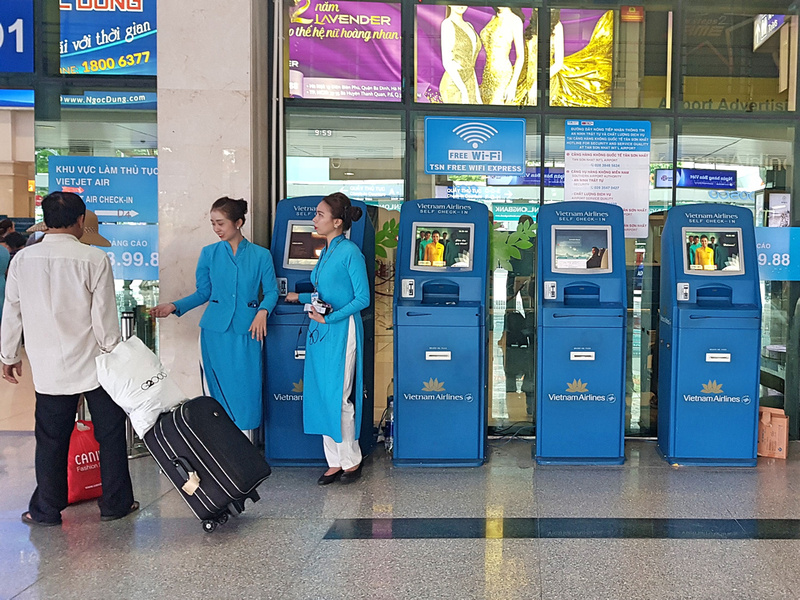 Here you can pick your own seat during the check-in process, and a proper boarding pass is printed out (ie not a flimsy paper one). 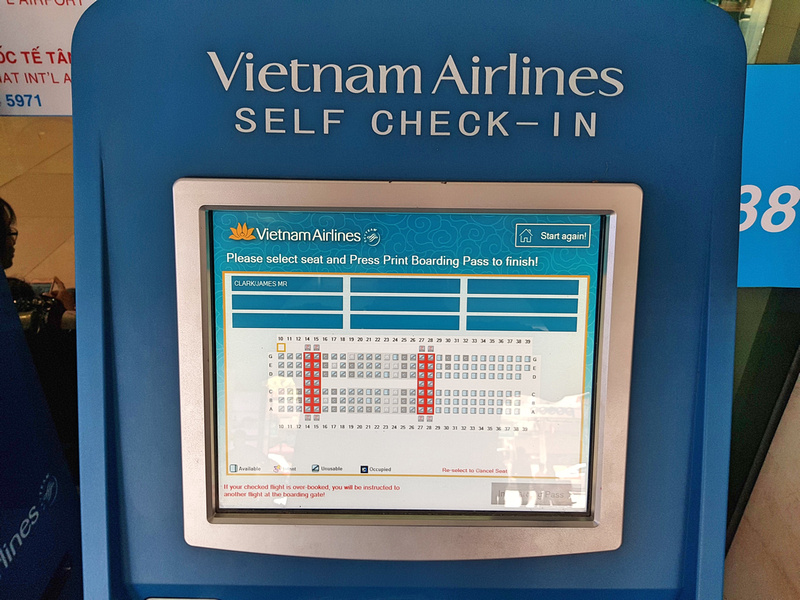 From there I went to security and there was no line. The domestic terminal has run out of space for the flights it serves, so some flights don’t have an airbridge. Todays flight was at a gate, which is a much more relaxed boarding experience. 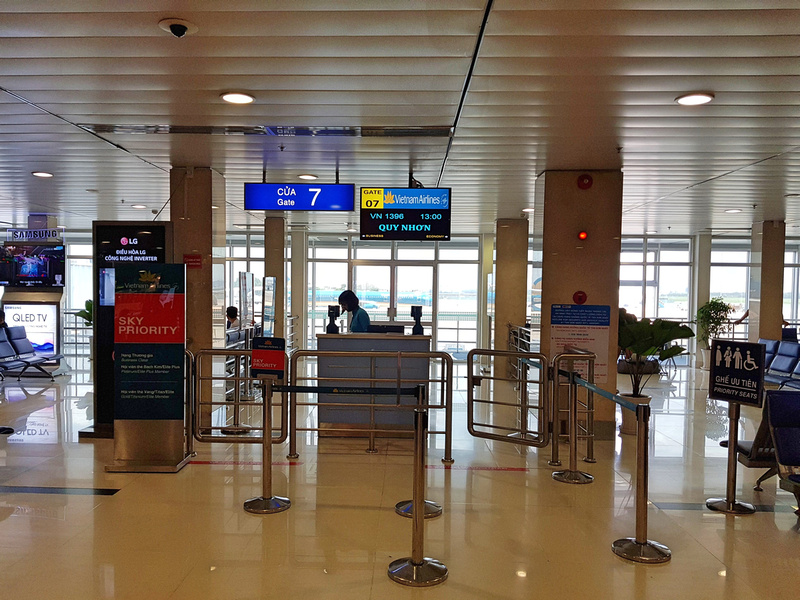 The flight boarded ontime and the doors were shut 10 minutes before the scheduled flight time. That is a good advertisement for getting to the airport early. Sometimes I really love flying out of Tan Son Nhat, and today was one of those days. 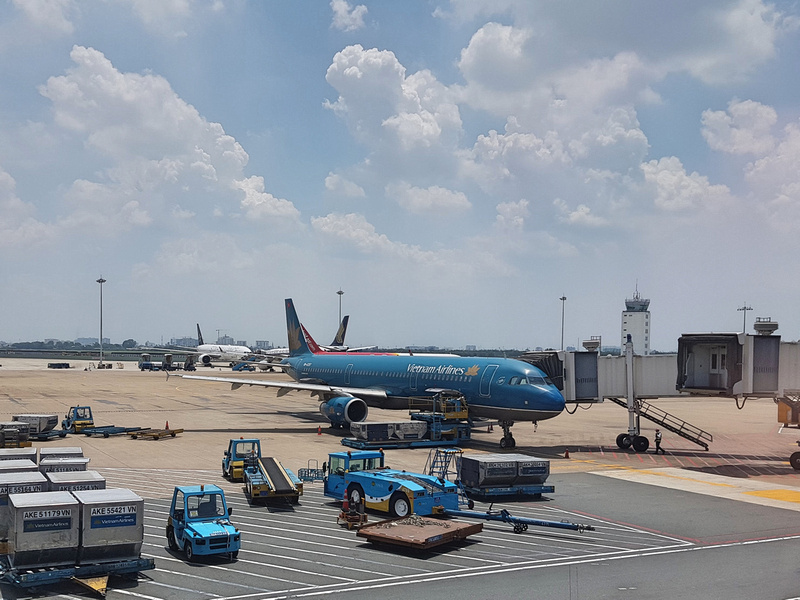 The flight time was just 45 minutes, so for short flights I always get the window seat. It’s always a spectacle to fly over the urban density of greater Ho Chi Minh City. 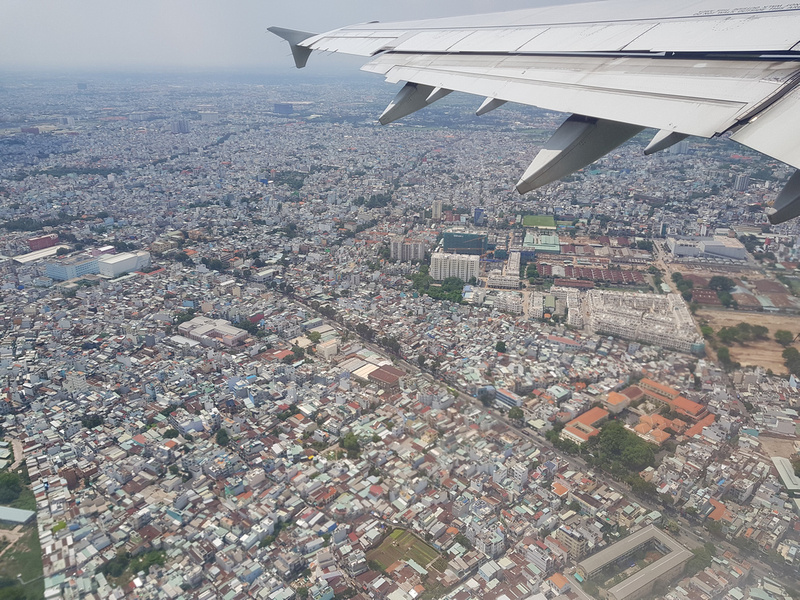 After flying JetStar and Vietjet so often I was delighted to see how much extra legroom there is in economy. I don’t think in inches when airlines quote seat space, so here is my fist showing how much room is between the front seat. 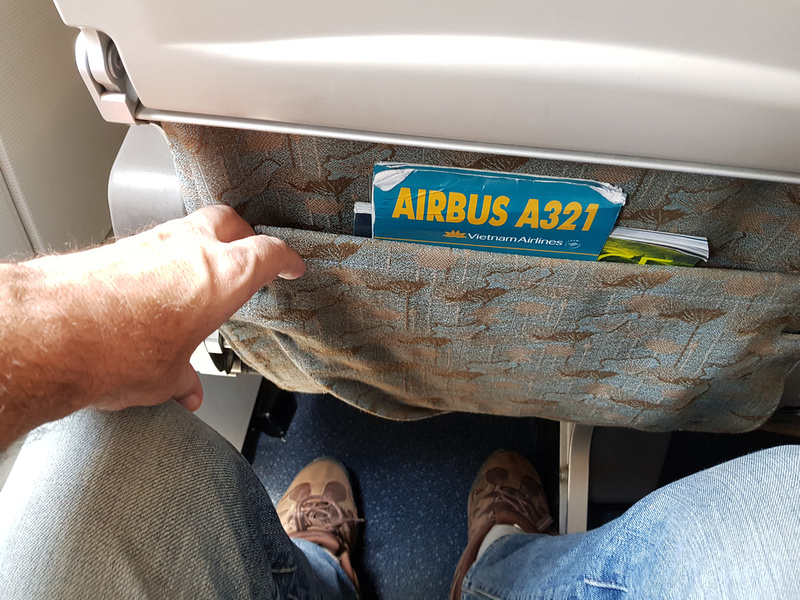 The flight was on an A321, and inflight entertainment – just tv screens in the ceiling for announcements. 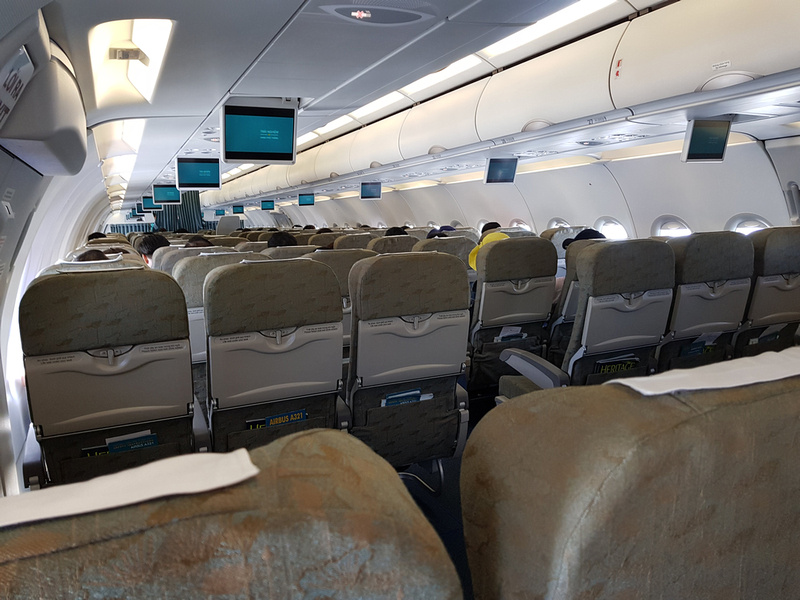 At 45 minutes the flights barely reached cruising altitude before it started its descent. A free bottle of water is given out, but no food or snacks. 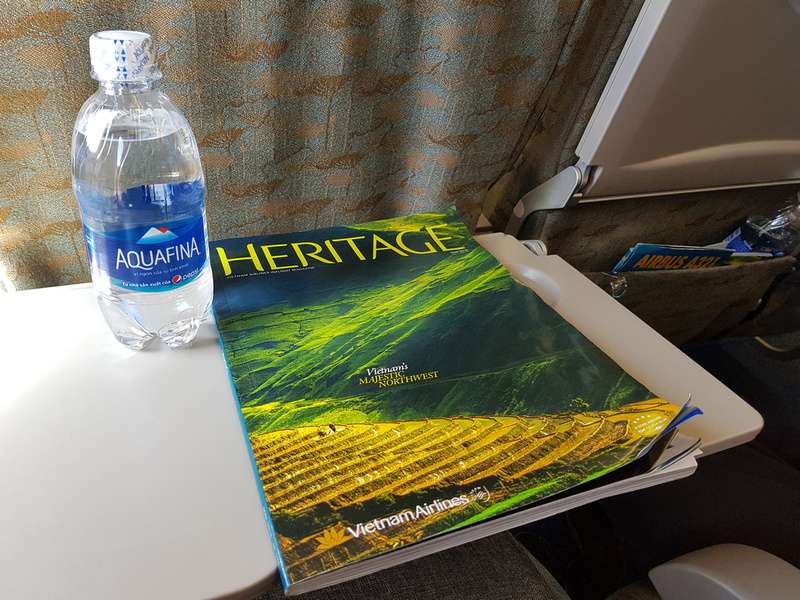 A quick scan of the route map reveals there still more of Vietnam I’ve yet to visit. 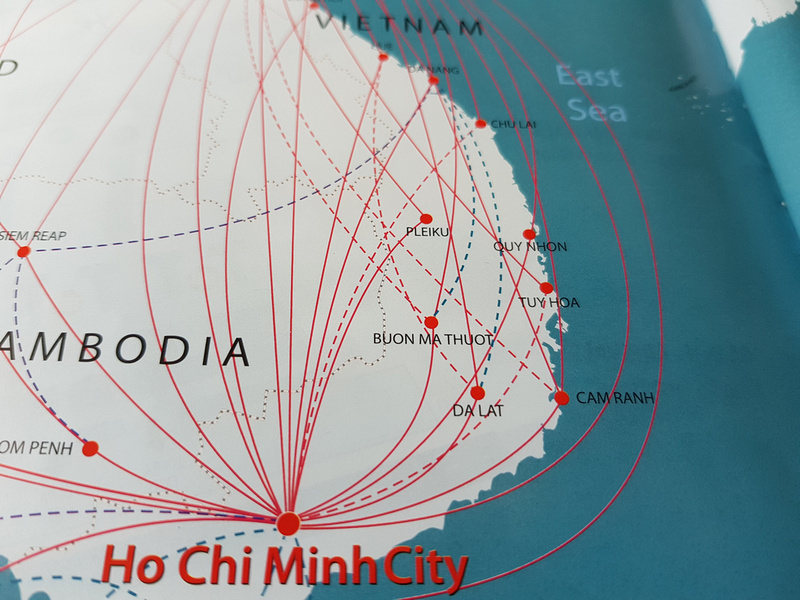 The flight arrived on time at Phu Cat Airport. The airport currently only has domestic flights, and there is a new domestic terminal. Even though we were the only flight there we didn’t use one of the two airbridges. 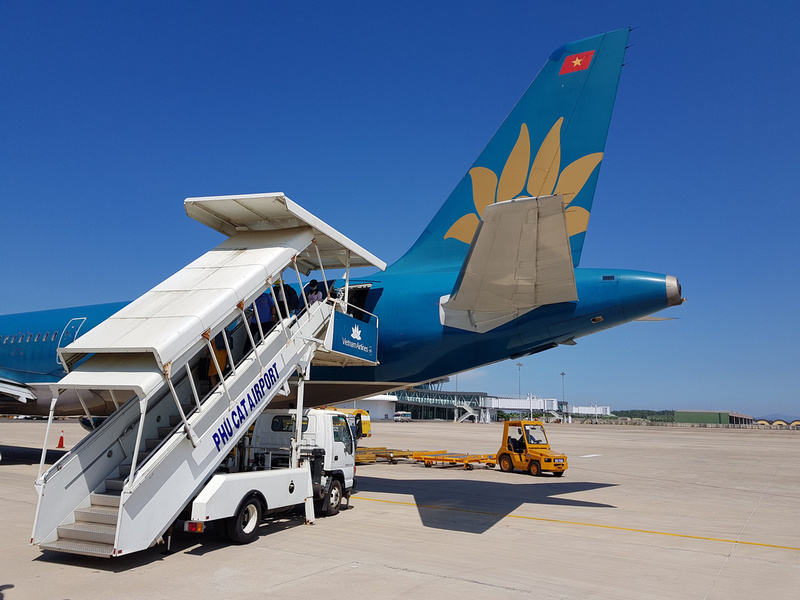 Overall this was a good flight to Quy Nhon with Vietnam Airlines.

If you’re unfamiliar with Quy Nhon, here is my trip report to Quy Nhon, and a guide to future Quy Nhon. My return flight was on VietJet Air.