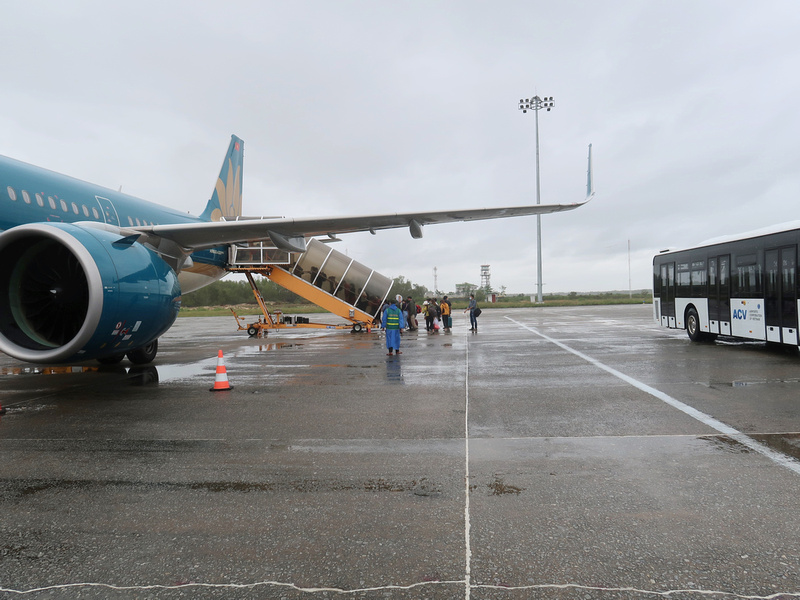 Vietnam Airlines had three flights during the day, with all tickets starting at 570,000 VND.

Chu Lai Airport is at the southern end of Quang Nam Province, near the provincial capital of Tam Ky. It’s sometimes referred to as Tam Ky or Tamky Airport, even though it’s not in Tam Ky. The airport was originally the Chu Lai Air Base, which was built by the United States Marine Corps. It reopened as a civilian airport in 2005.

Hoi An is in Quang Nam, but it too far to be a useful airport for Hoi An when Da Nang is closer. Instead, this airport serves the provincial capital of Quang Nam, and for future coastal developments. It also serves as the airport for Quang Ngai in the neighbouring Quang Ngai Province.

The airport is about 32 km southeast of Tam Ky, so you should allow about 45 minutes for travel time. There is an airport bus from Tam Ky, or get a taxi/Grab service. 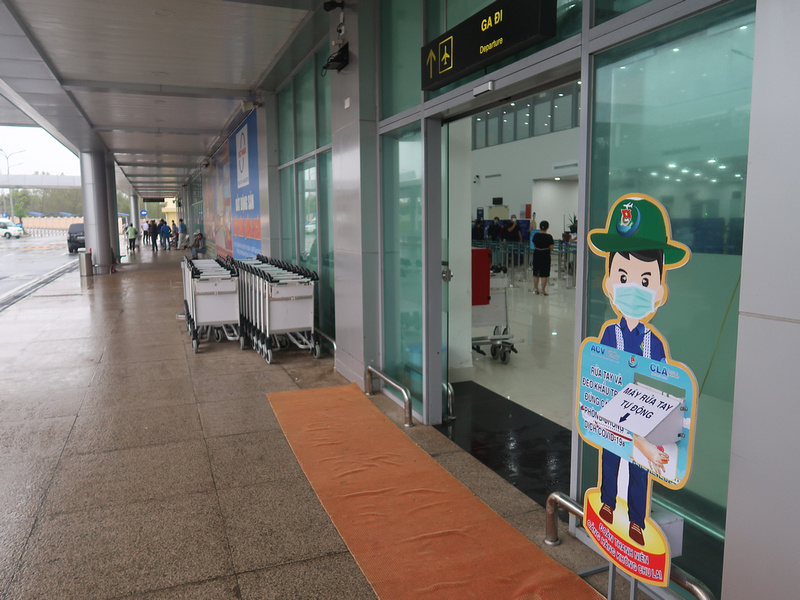 I checked in at the airport, though Vietnam Airlines also offers the option of online check-in. 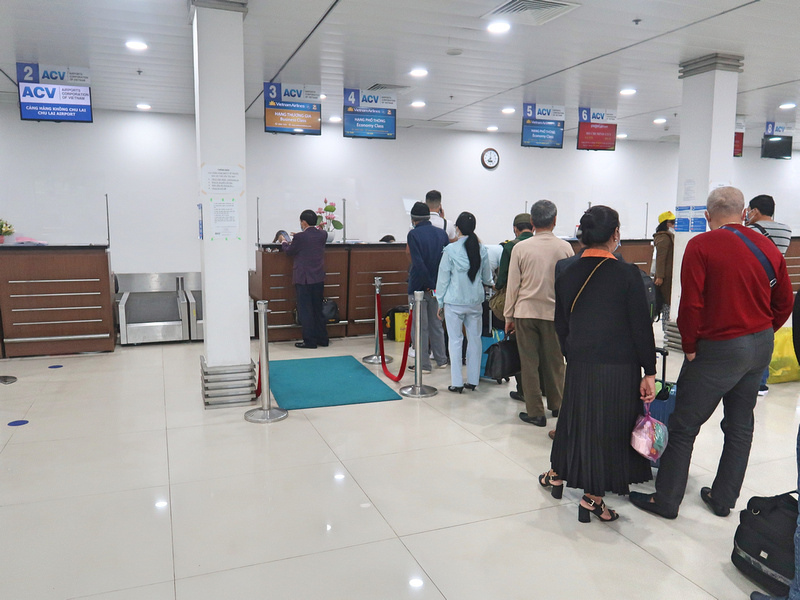 Chu Lai is a small airport with only domestic flights to Hanoi or Ho Chi Minh City at this point. There are plans to turn it into an international airport in the future. 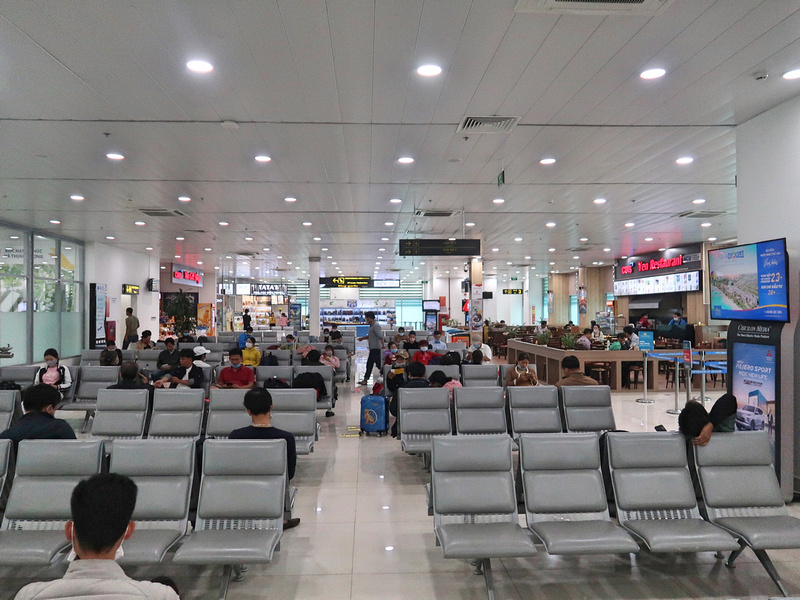 There are no airbridges, so it’s a bus to the plane. 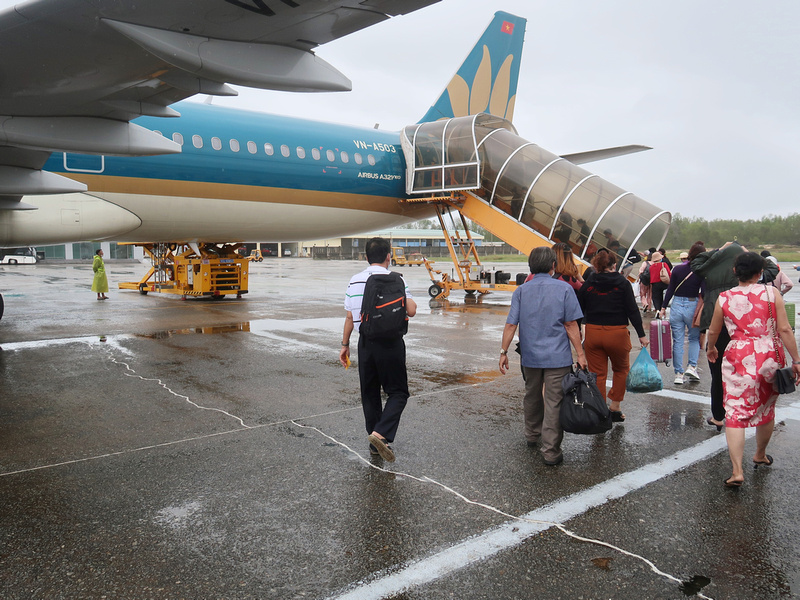 Luckily it had stopped raining when we boarded. It turns out that we were between storms, as we ended up being stuck on the tarmac for 30 minutes while another storm cell passed.

Out on the tarmac, you can see remnants of the American airbase. 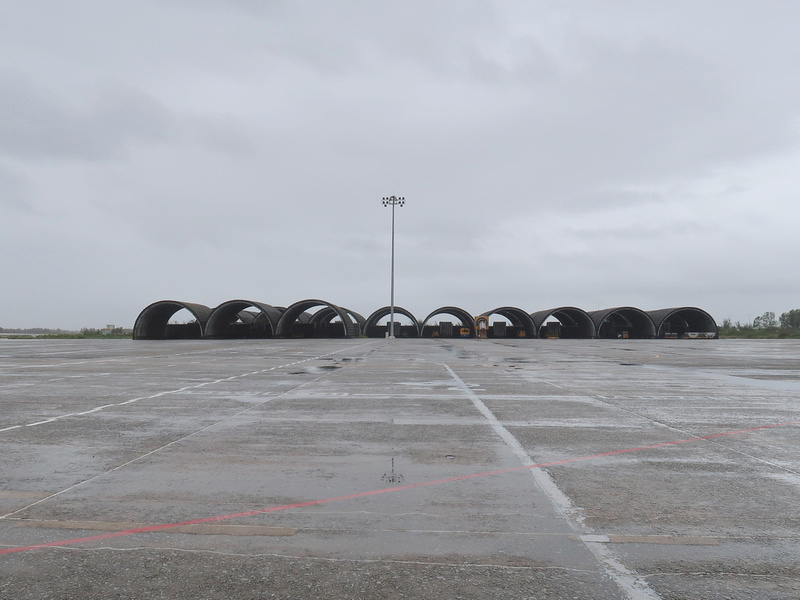 Apparently there is w-ife onboard. 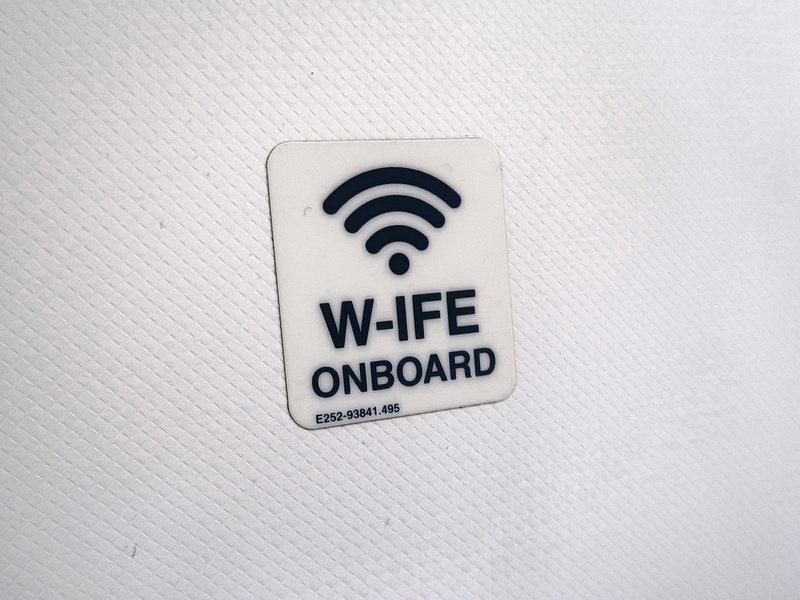 Vietnam Airlines is a full-service airline, so you also have the option of business class. 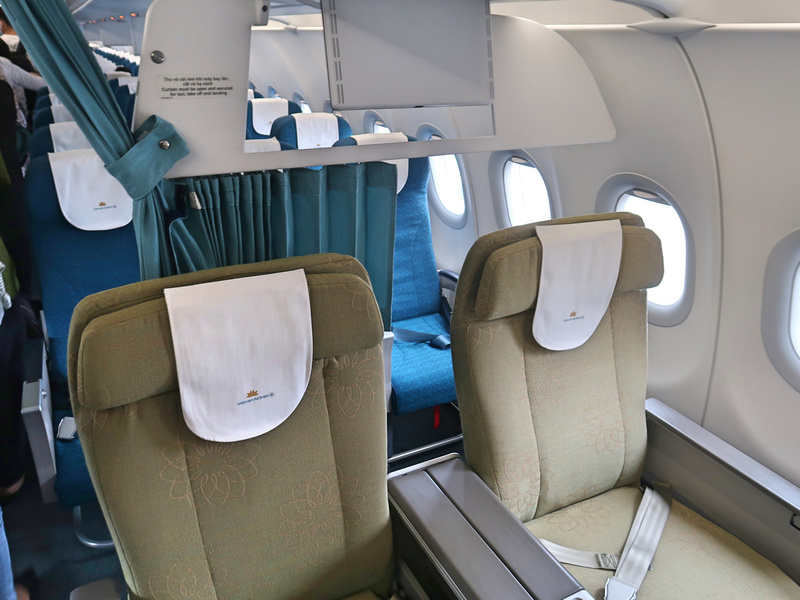 Only economy class for me. Today’s flight was mostly full. 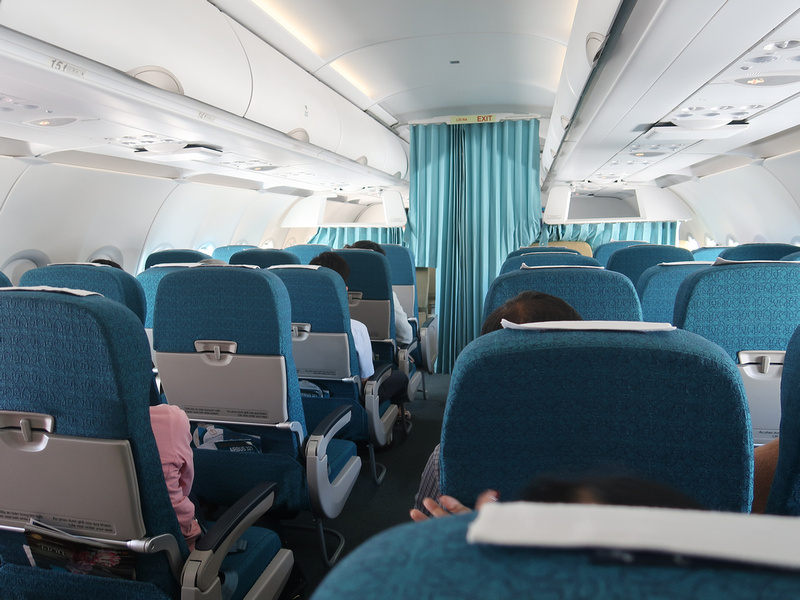 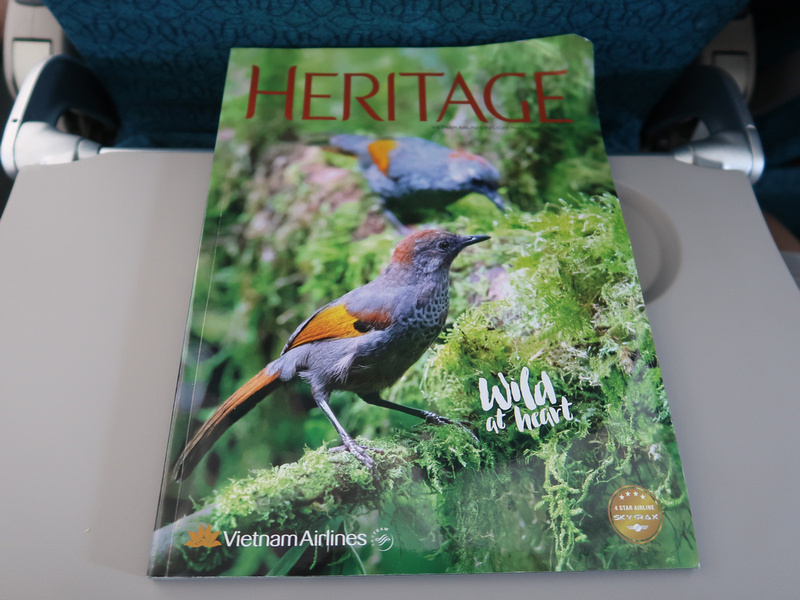 Even though international flights have been cancelled during the pandemic year of 2020, the printed route maps still show the maps of old. You have to keep the travel dream alive, so I like looking at these maps for future inspiration. I find the real estate advertising interesting as well, which I keep track of on my future Saigon page. 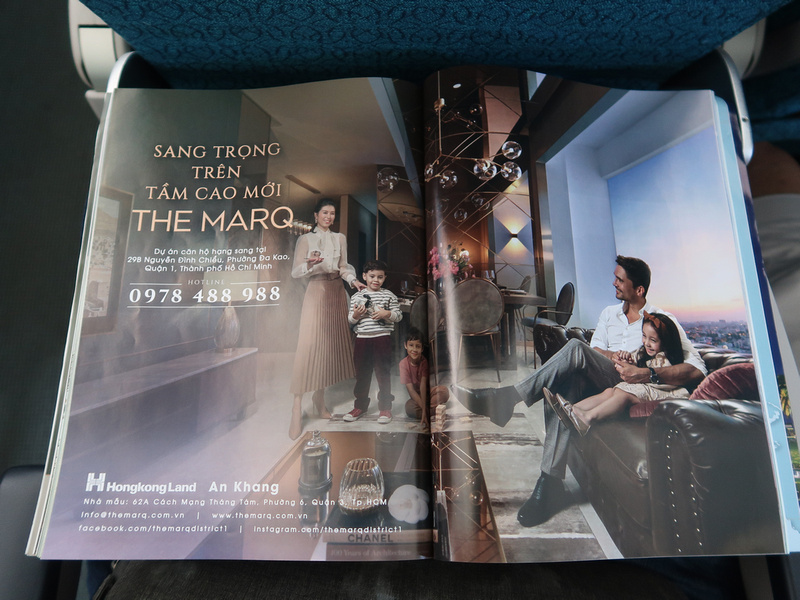 Onboard we were offered a free bottle of water and a wet towelette. Usually, Vietnam Airlines offer some kind of snack, but during the pandemic year the food service has been limited. 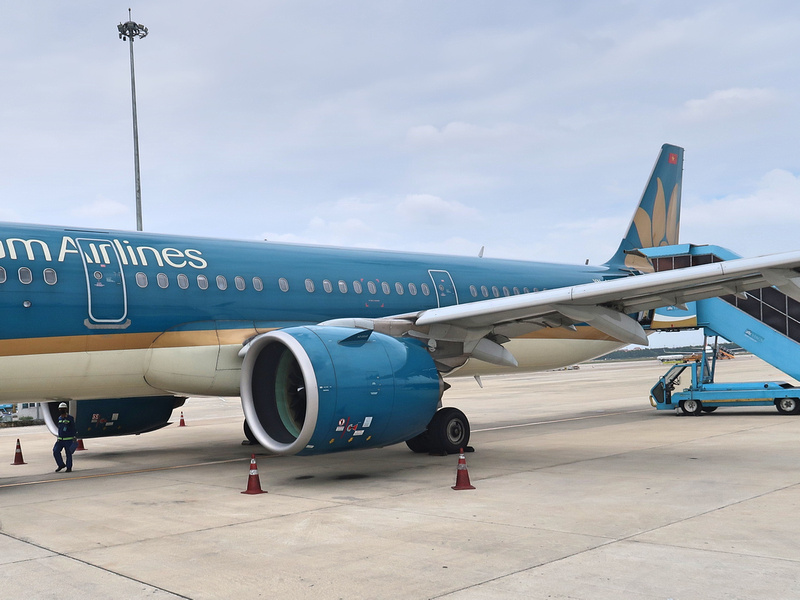 Vietnam Airlines flight VN 1461 departs Chu Lai (VCL) at 10:00 and arrives at Tan Son Nhat at 11:30, for a scheduled time of 1 hour and 30 minutes. The actual flying time is closer to 1 hour, and today’s flight was about 30 minutes delayed due to the storm.

There were no airbridges available at Tan Son Nhat so we were bussed from the aircraft. There is a new airport being built for Ho Chi Minh City because the current airport is overcapacity. Even though the airport is overcapacity, I’m still amazed at how efficient it is. My bags always arrive in a timely manner, and getting a taxi (from Vinasun or Mai Linh) is quick and easy. 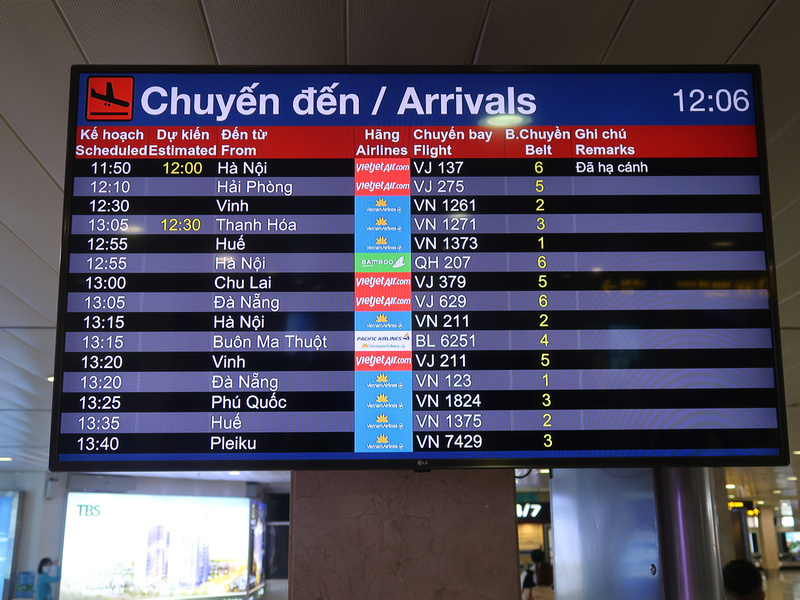 Overall this was a good flight option to get from Tam Ky to Ho Chi Minh City. Vietnam Airlines has a frequent flyer program (Lotusmiles), and is part of the Skyteam Alliance. I used my Lotusmiles account to accrue points, or you can use another Skyteam account such as Delta SkyMiles.

There is a train station at Tam Ky, but that option takes over 16 hours. Until the North-South express railway is built, the train is not a competitive alternative.