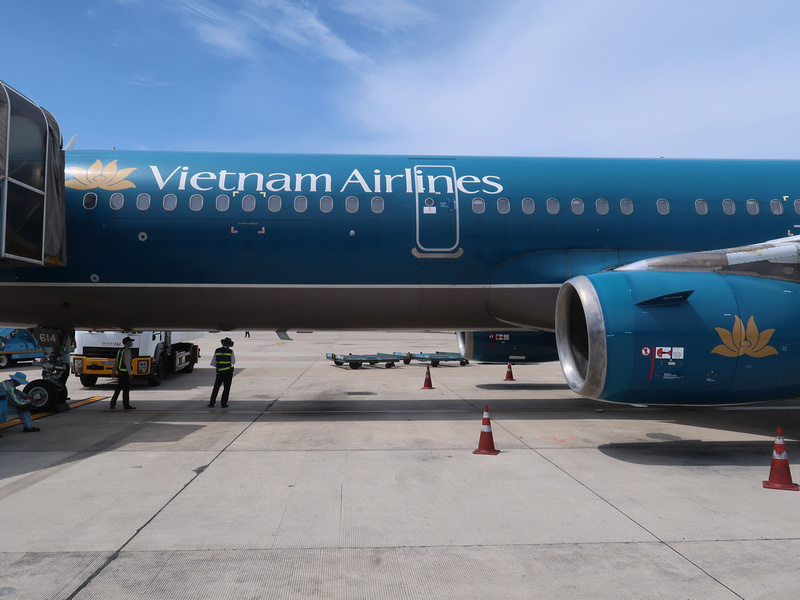 I flew with Vietnam Airlines from Cam Ranh (Nha Trang) to Ho Chi Minh City. I compared cheapest airfares via Skyscanner, and Vietnam Airlines was the best pick for the combination of price and time of day. The total price was 810,000 VND ($35 USD), which is a great deal for any flight.

Cam Ranh Airport is about 40 minutes drive away, and I got a taxi for 300,000 VND ($13 USD). My flight was at 10.35 so I checked out of my hotel and had breakfast at the airport. At Cam Ranh there are some cafes outside the terminal that have reasonably priced food and drinks. I ordered a proper banh mi op la breakfast here when I saw that a fresh bag of bread rolls was delivered. 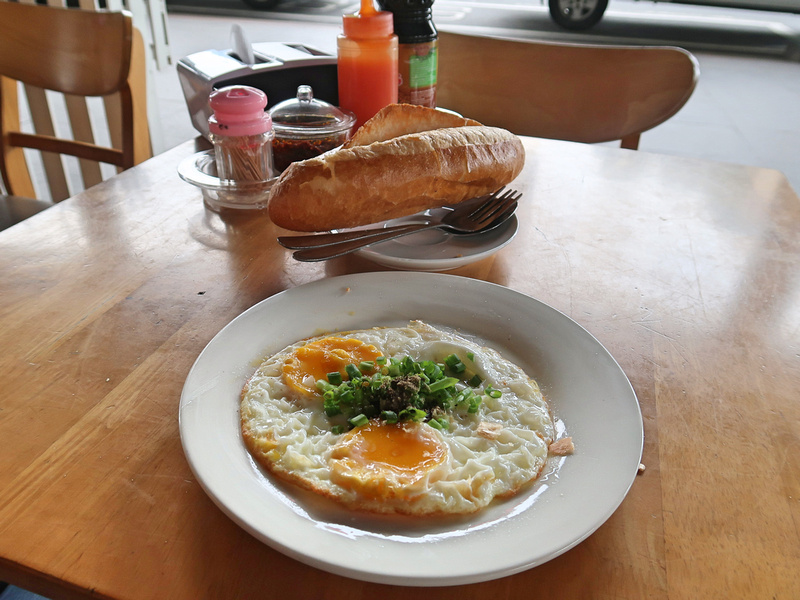 It’s possible to check-in online with Vietnam Airlines, but I usually do it at the airport. I’m always early so there is never a line. 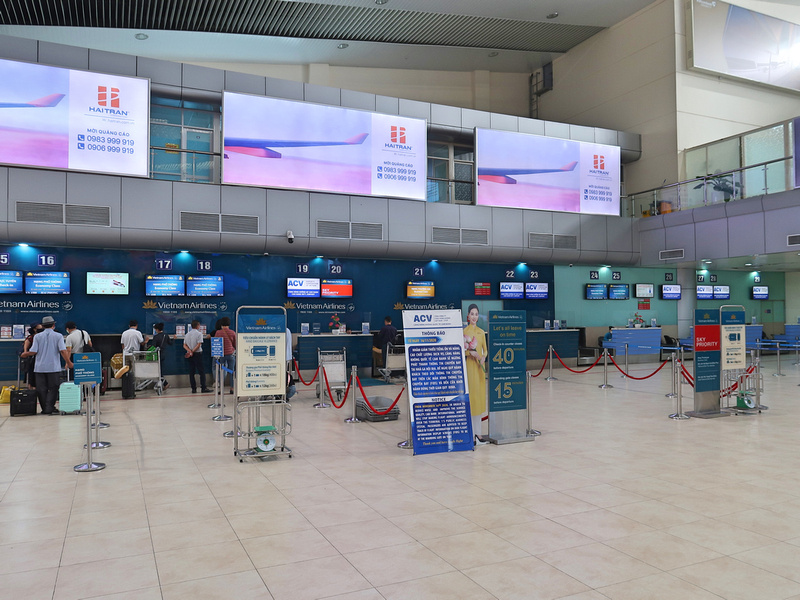 There are cafes in the domestic terminal, and I always look to see if there is free drinking water (a sign of a civilised airport). 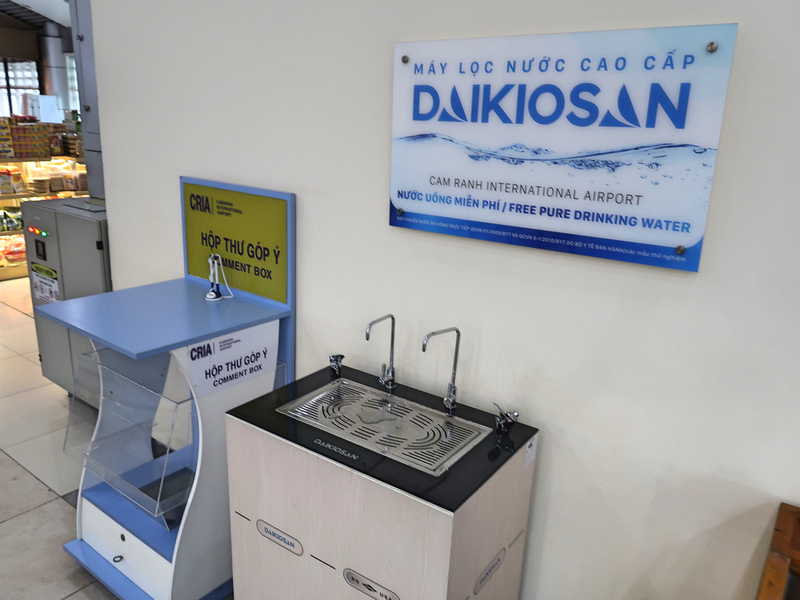 This flight was during the global pandemic, so flights at Cam Ranh have been reduced to domestic services. 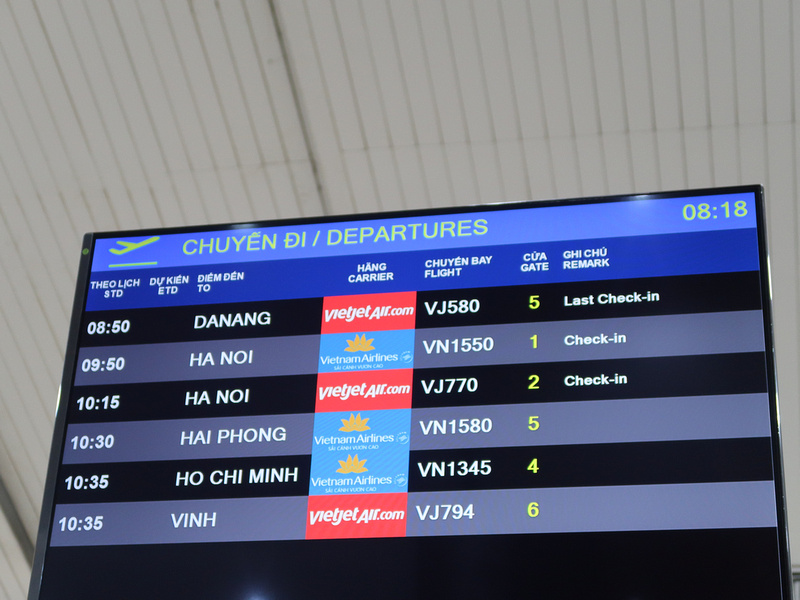 Vietnam Airlines flight VN 1345 departs Cam Ranh at 10.35 and arrives in Ho Chi Minh City at 11.45, for a scheduled flying time of 1 hour and 10 minutes. The actual flying time is about 45 minutes. 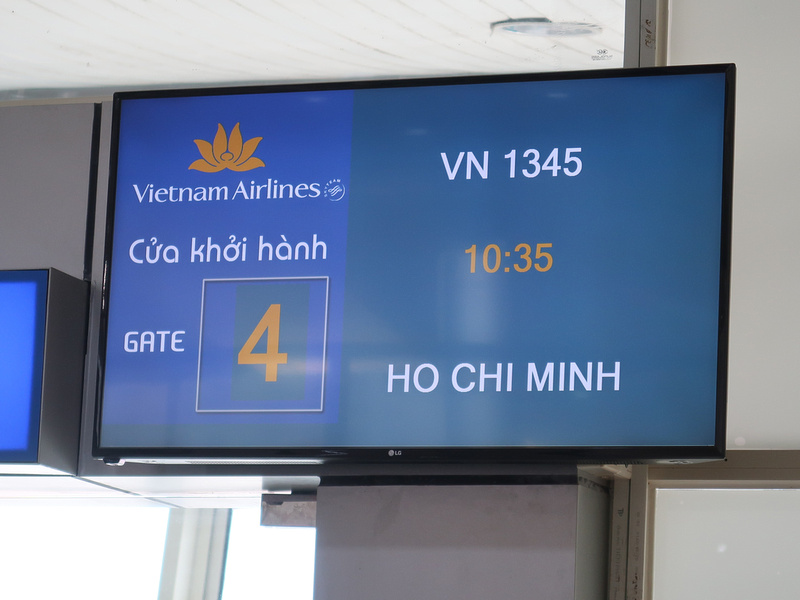 For this flight, we were boarded via bus on the tarmac. 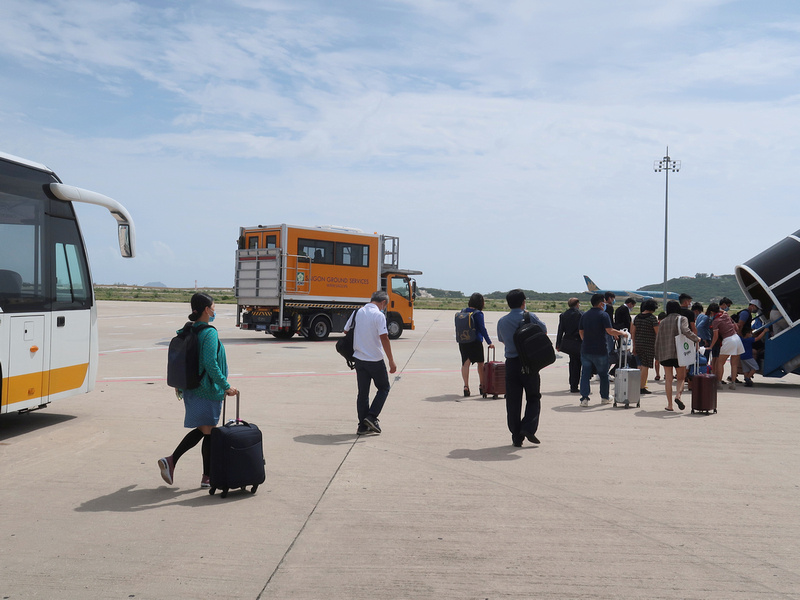 There are airbridges at CXR, but not enough for domestic demand. 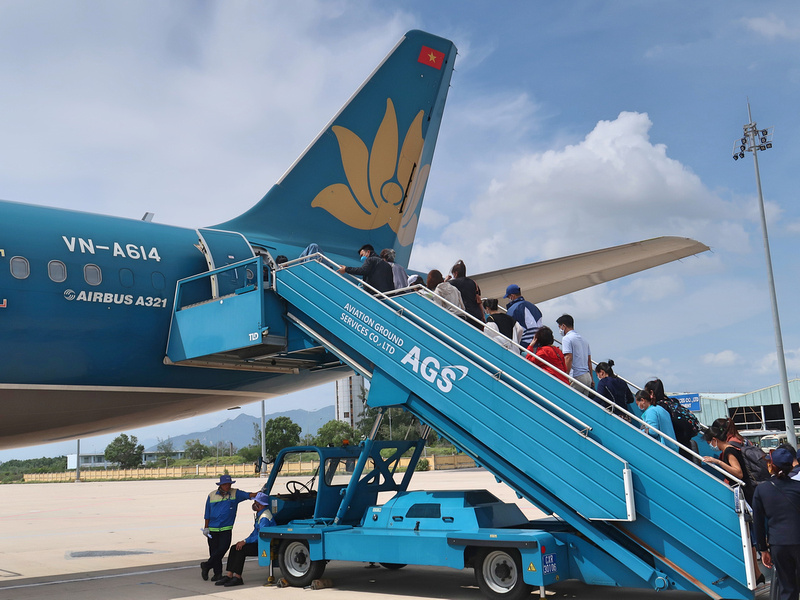 The benefit of checking in early is that you are more likely to get an emergency exit row. The flight was mostly full as well, so I was glad to have the extra legroom. 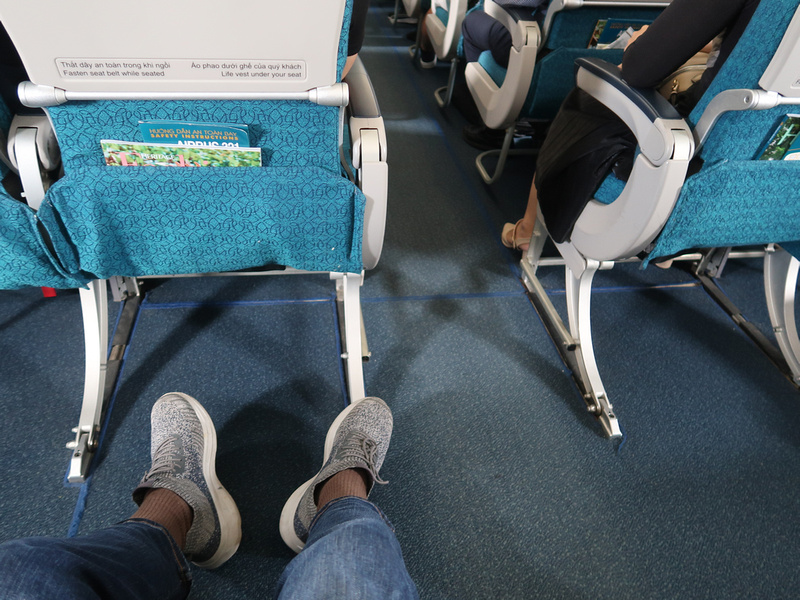 Vietnam Airlines is a full-service airline, and snacks provided on some domestic services. On such a short flight they just provide free water. Meals services have also been restricted over the last year due to the pandemic, so I’m not sure if snacks were previously provided on this route. 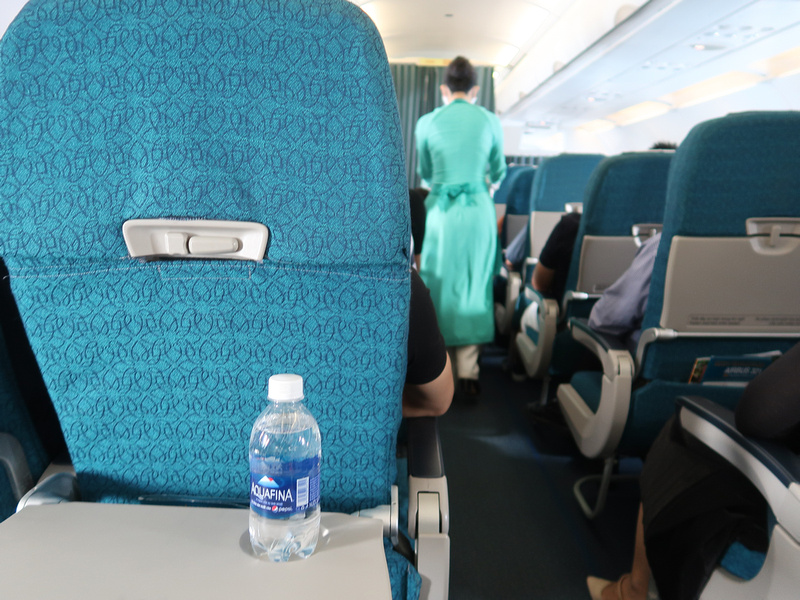 Vietnam Airlines has two inflight magazines: Heritage Magazine, and Fashion Magazine. They are both very similar and I’m not sure why they do this. 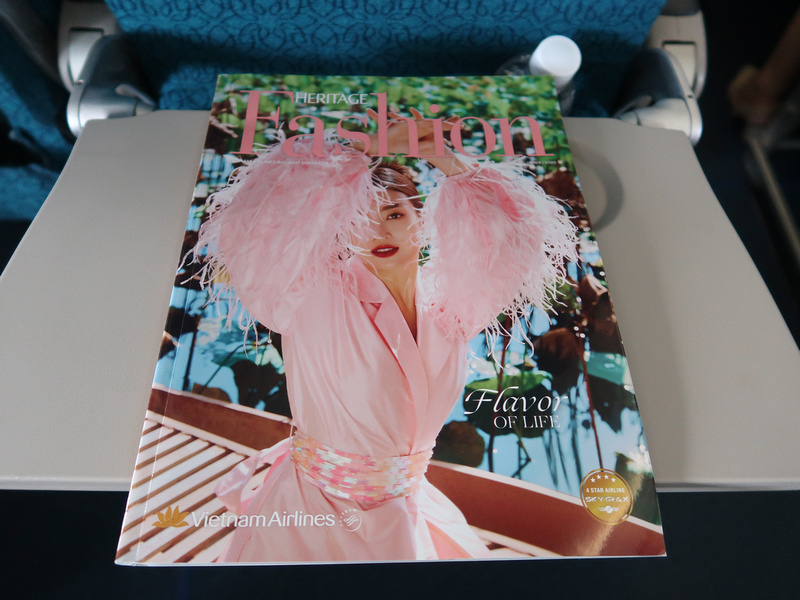 The flight is so short that there was barely enough time to crack open my laptop before we started the descent. SGN Airport also has an airbridge shortage, as it has been running over capacity for years. A new airport for Ho Chi Minh City is being built, but that is years away. 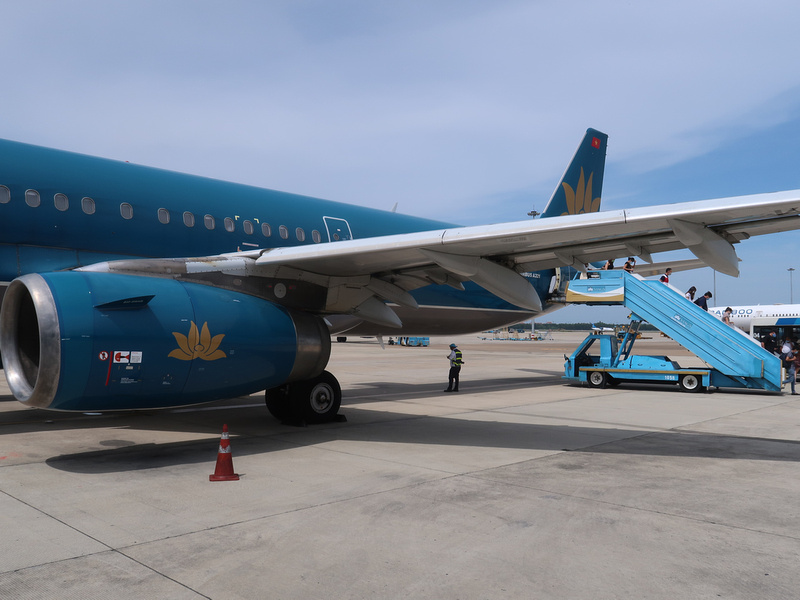 I’ve been lucky to be in Vietnam during the pandemic, where domestic travel is operating as normal. I like checking the arrival information for future travel inspiration. 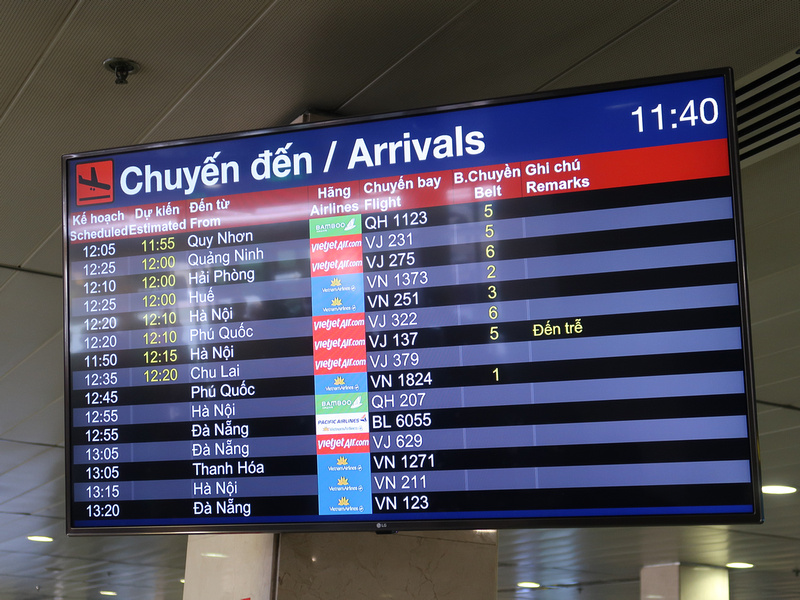 Despite Tan Son Nhat being at capacity, I’m always impressed with how fast bags are delivered. 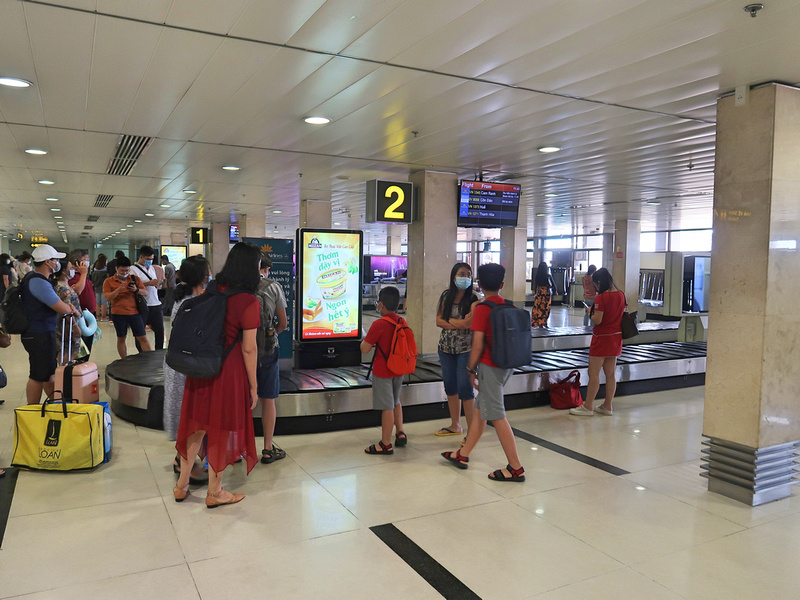 Overall this was a good flight option from Nha Trang to Saigon. I’m a member of the Vietnam Airlines frequent flyer program (Lotusmiles), and you can also earn points with other Sky Team programs.

My first choice for this trip was to travel by train from Nha Trang to Saigon. That option books out faster though so I couldn’t get a seat for my date. This trip takes 8 hours, so it’s not the best option for most people. In the future if/when the North-South express railway is built, then train travel will be the better alternative to flying.