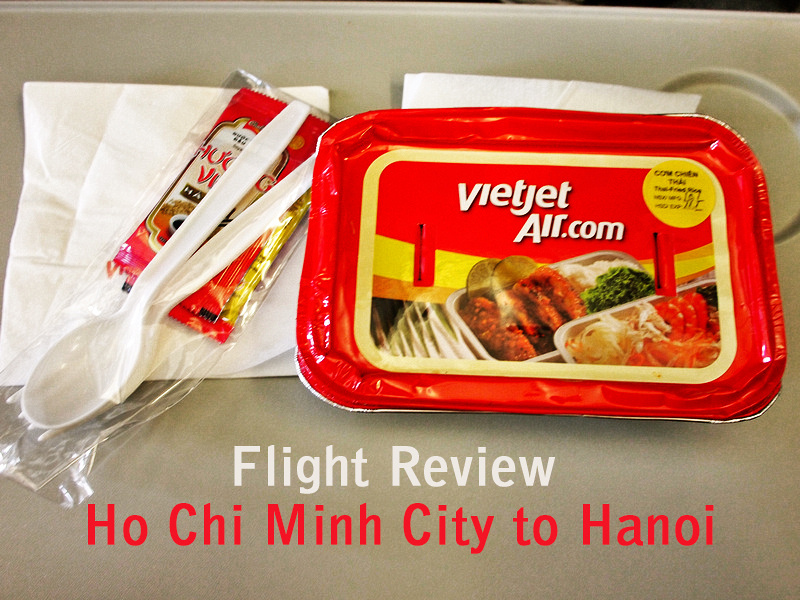 I flew with VietJetAir from Ho Chi Minh City to Hanoi. I compared airfares with Skyscanner and picked VietJet for its price and time of flight.

I’ve flown with VietJet several times now as they are a big low cost airline in Vietnam. I booked the flight direct on their site, which is not the most user friendly website you’ve ever seen. Despite the airline starting in December 2011 its website harks back to the days of low cost airlines from the late 1990’s.

I found a flight for 799,000 VND ($35.66 USD), which grew to 1,123,900 VND ($50.17 USD) after the usual taxes and charges were added. This was a short trip for me so I didn’t check a bag, which would have been extra. I booked this with less than a week in advance, so that was a pretty good deal for a two hour flight. SGN-HAN is a busy route so you can always find a god deal at short notice (outside of holiday periods).

Web check-in was available but I didn’t use it. I arrived at the airport and found a solitary check-in kiosk. I used it to check-in, and it allowed me to select my own seat (which the AirAsia check-in kiosk doesn’t allow). After I printed my boarding pass an attendant checked my bag for carry-on size and put a cabin tag on it. 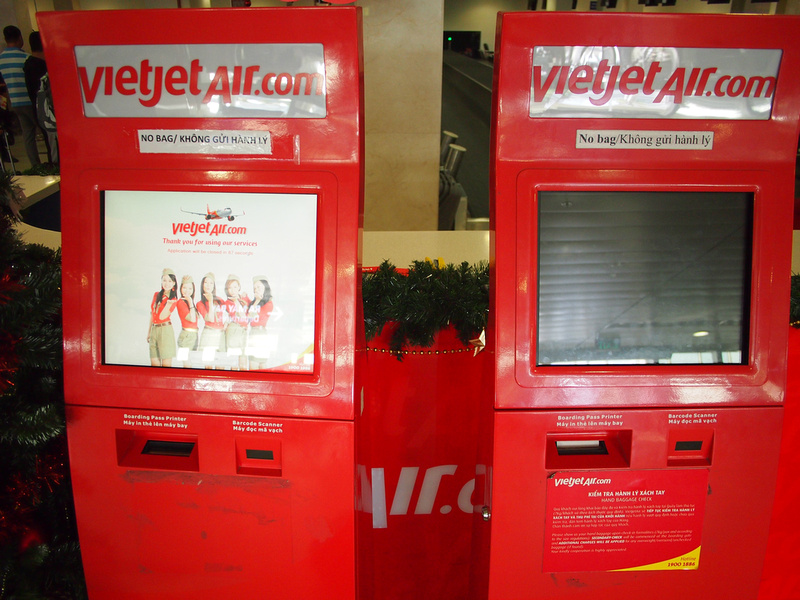 Tan Son Nhat (SGN) airport is now operating above its capacity and domestic gates 15-20 have no air-bridges. This was the third flight in a row at SGN for me which has boarded via a bus to the tarmac.

There is a new airport planned for Ho Chi Minh City, but that will be years away, so expect more bus boardings.

As I mentioned before VietJet are a reasonably new airline with big expansion plans. They must have expanded too fast as todays jet was an A320 with no livery. 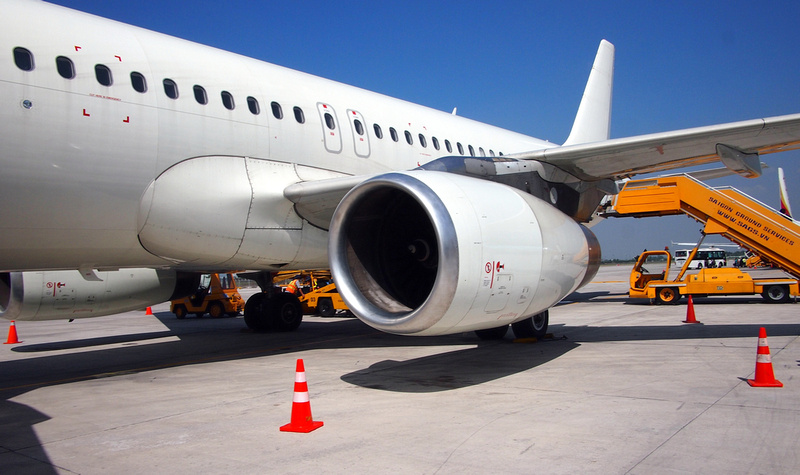 Inside the jet there was no indication of who the jet might belong to apart from the exit signs being in English and Russian. 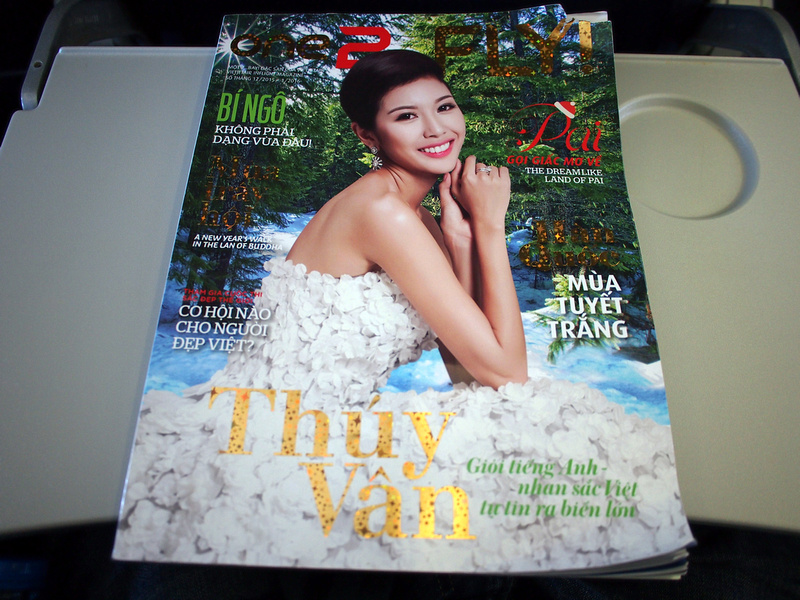 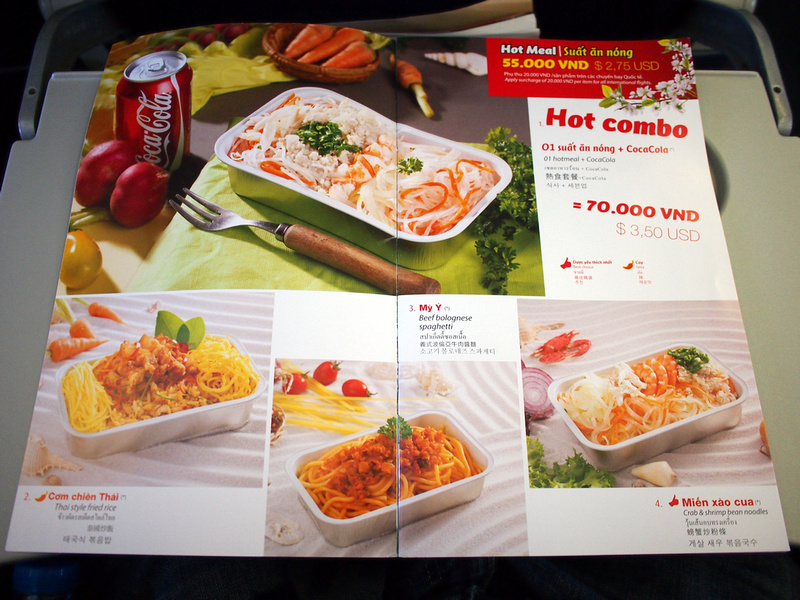 Even though I was heading to the foodie-haven of Hanoi I opted for lunch onboard today. I had the Thai-style fried rice, which the flight attendant warned me it was spicy hot. Bring it on I said. It was spicy but not reach-for-the-water hot. Pretty good for a budget airline meal. 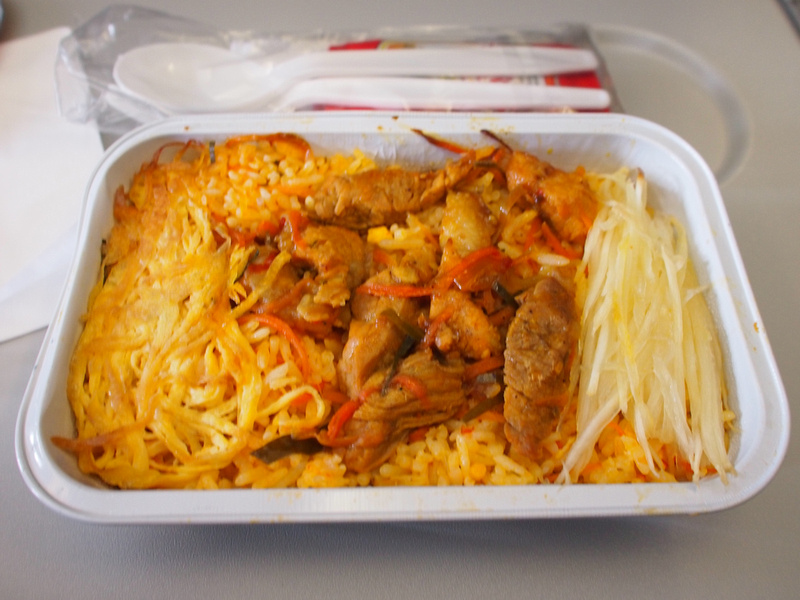 Overall it was a comfortable flight and a good option for flying cheap between Saigon and Hanoi.