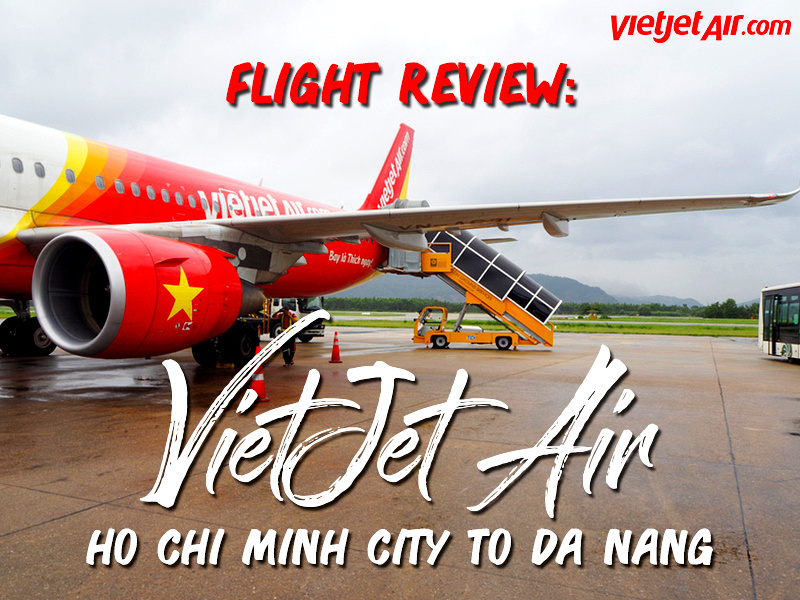 I flew with VietJet Air from Ho Chi Minh City to Danang. There are numerous flights a day between the two cities with three airlines, so I compared flights with Skyscanner to find the right time and price combination.

To give you an idea of the amount of flights, here are the daily flights just from VietJet Air. There are so many flights that prices are always fairly cheap for this route. 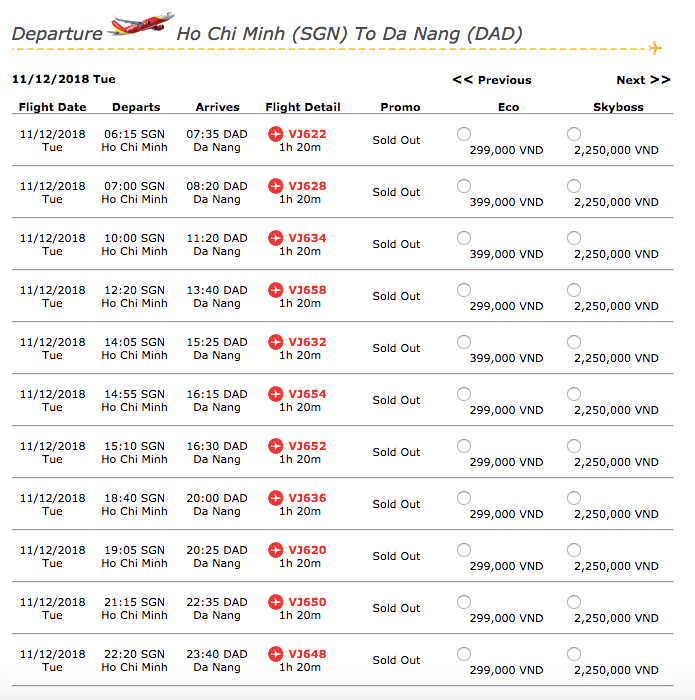 I’ve flown with VietJet to Danang previously, along with Jetstar Pacific and Vietnam Airlines to Danang. I don’t have any particular loyalty to any of these airlines, so in the end I picked VietJet for the price and time of day. The total price was 998,900 VND ($42.88 USD).

Since my last flight with VietJet Air they have now installed self check-in kiosks at Tan Son Nhat Airport. 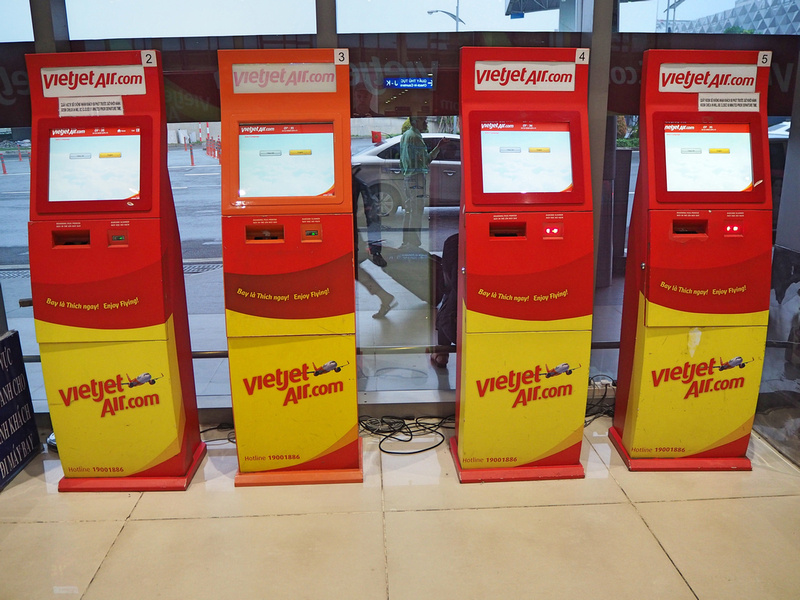 Unlike Jetstar Pacific which randomly assigns you a seat, you are able to pick your own seat at this stage. The bag drop was a quick and easy process as well. I have found that domestic check-ins at SGN Airport to be generally quick with all of the airlines. Despite being an overloaded airport I’ve never experienced any large delays here when checking in. 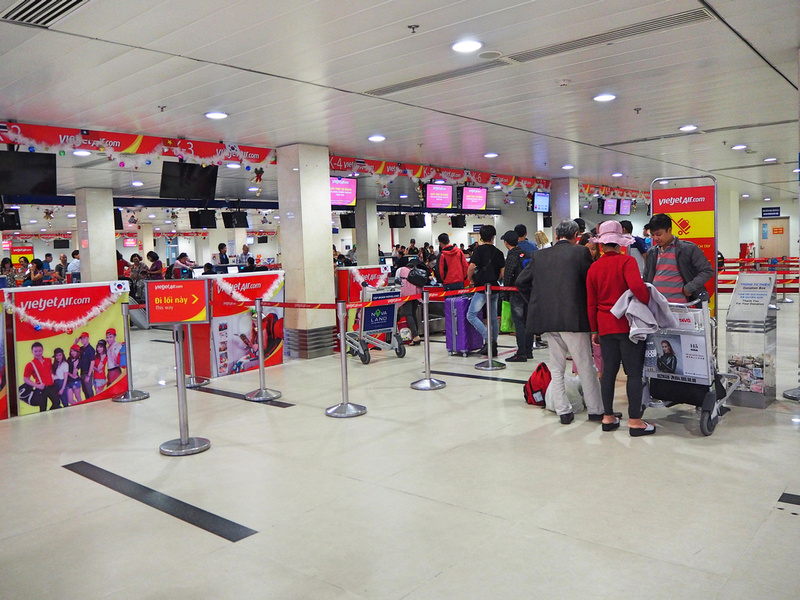 Boarding from one of the lower gates where you get the bus to the plane. There is a new air 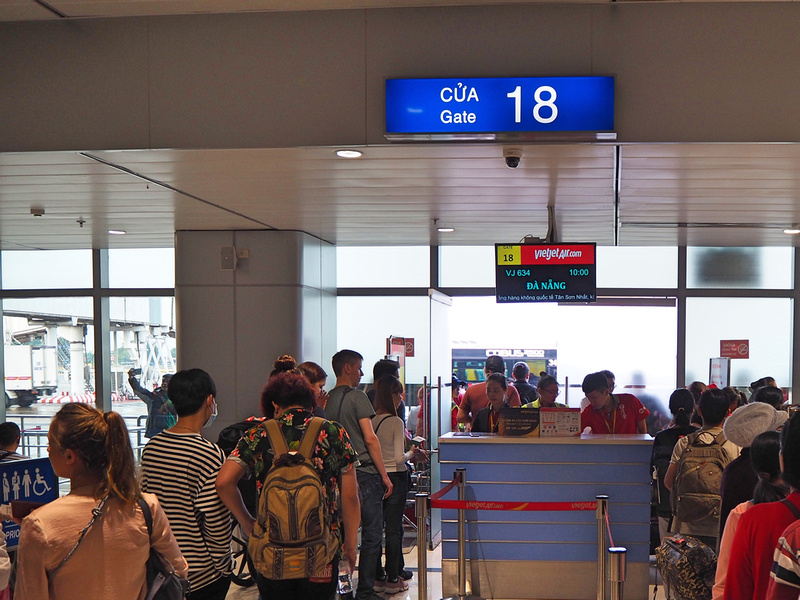 There was an unseasonal rain storm just before we boarded, which is never fun when you are boarding via the tarmac. 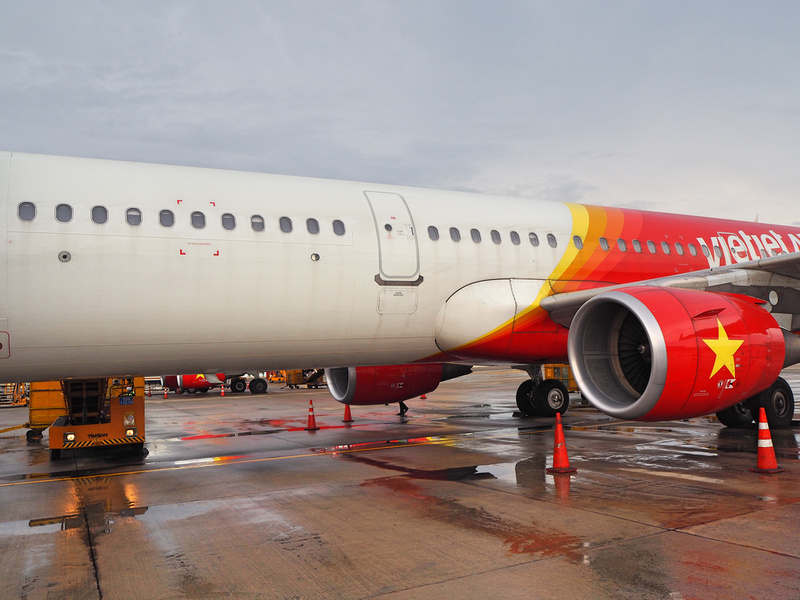 Fortunately the rain stopped by the time we got on the bus. The flight departs at 10.00 and arrived at 11.20, for a schduled flight time of 1h 20m, though actual flying time is about an hour. 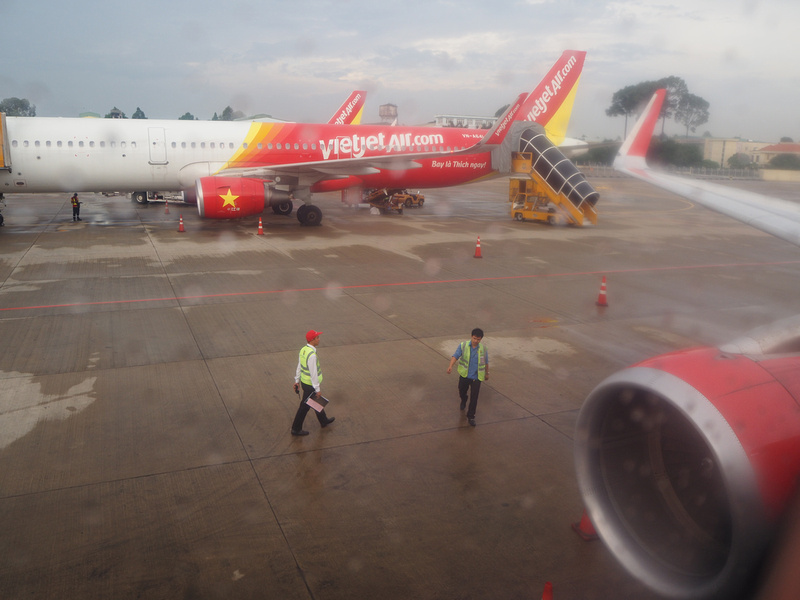 About an inch of leg room between my knee and the front seat. 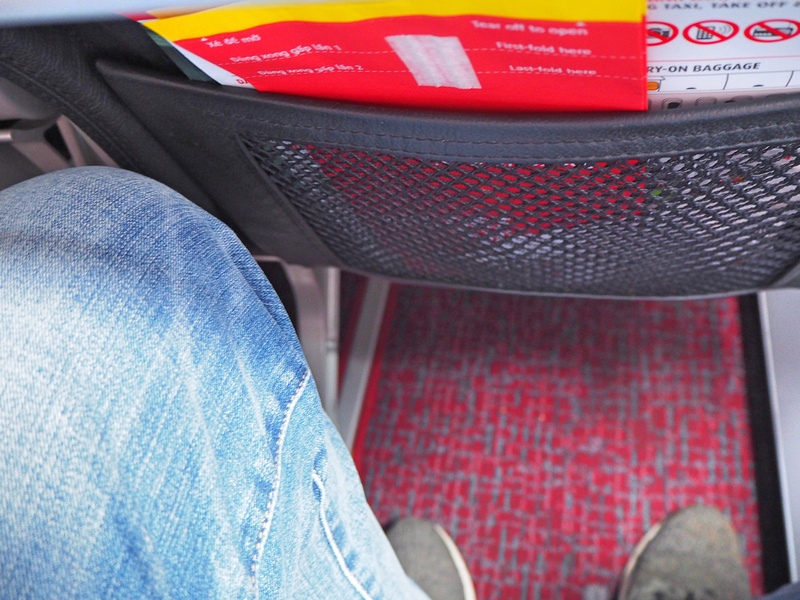 I usually get a window seat for such short flights. Here is the river system of Can Gio, south of the city. 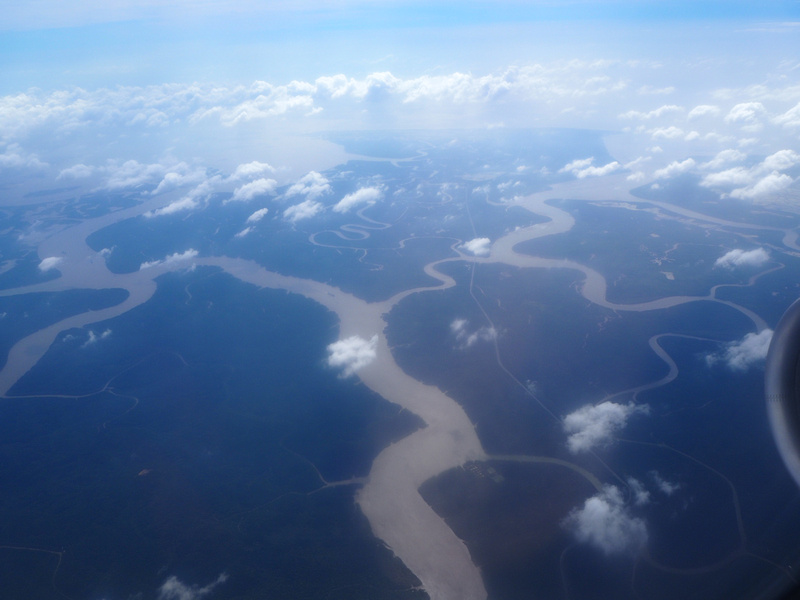 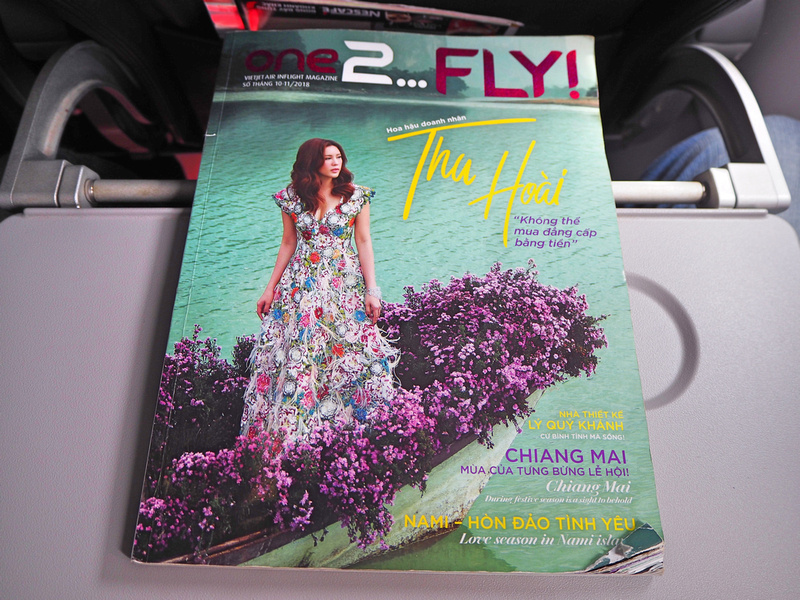 The magazine only lists destinations and doesn’t show a map. It would be useful to have a map for people unfamiliar with some of the destinations. 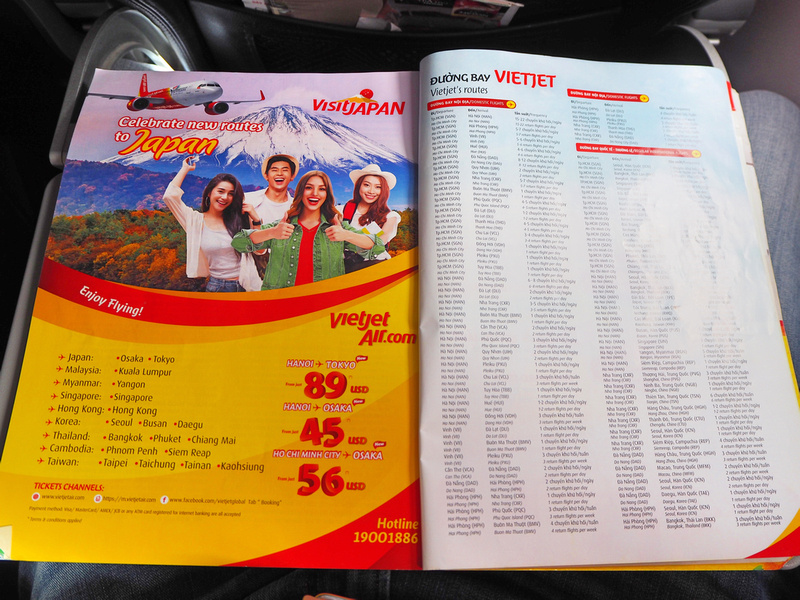 I always check the magazine for new destinations, and I see that there is now a new route from Ho Chi Minh City to Osaka. 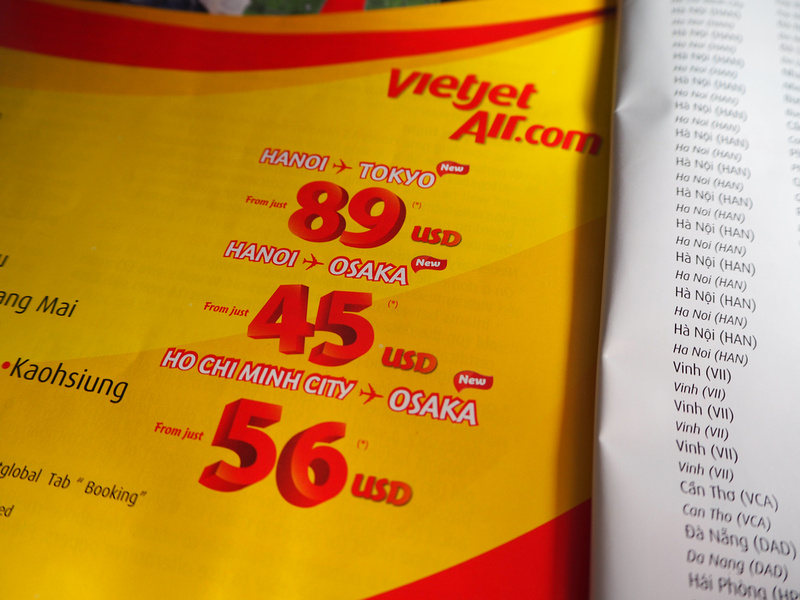 There is no free meal service, so food can be pre-ordered or bought onboard. 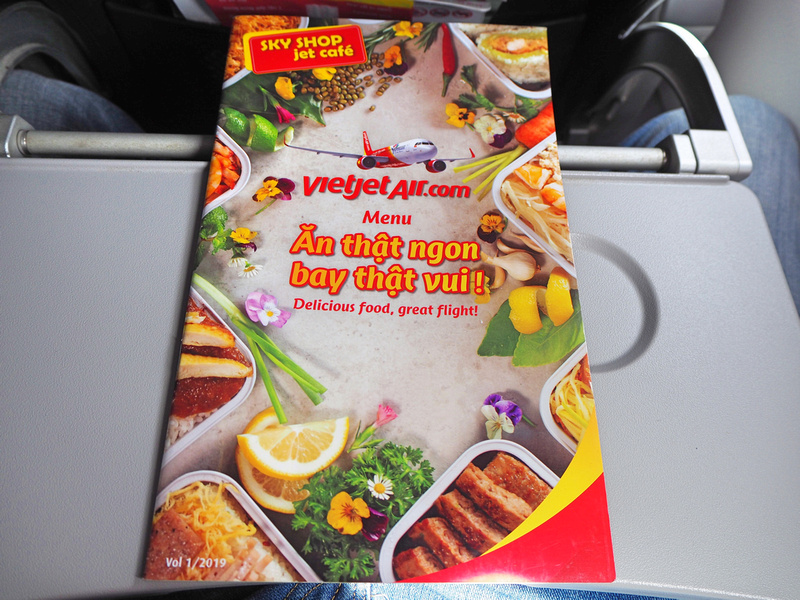 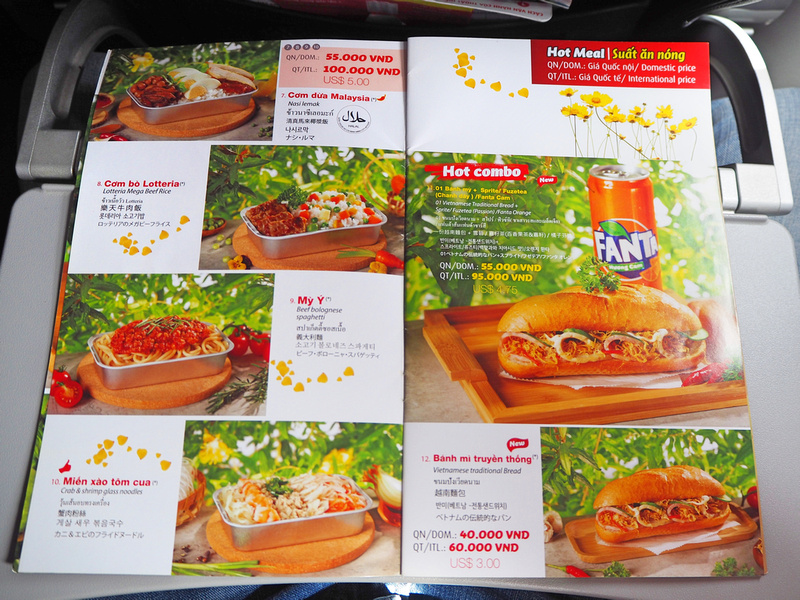 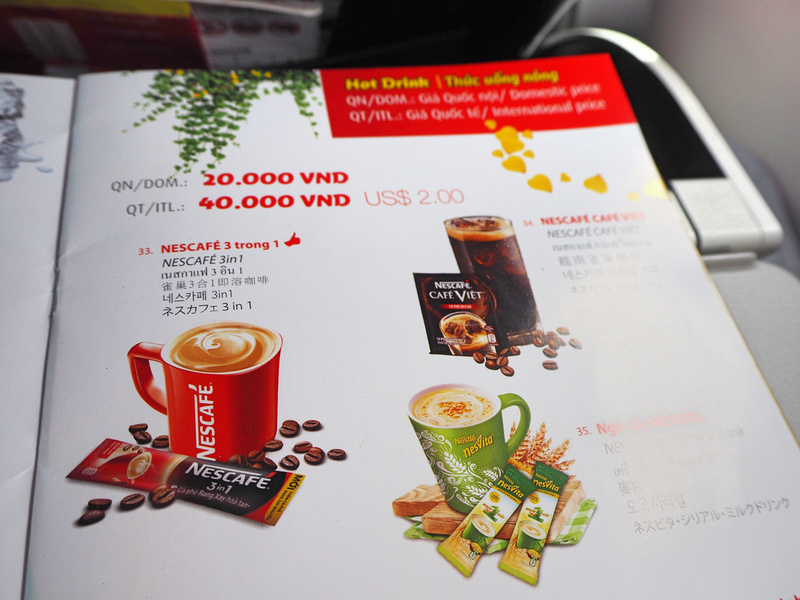 In addition to the weird morning rain in Saigon, it had rained heavily in the proceeding days to my flight. Parts of Danang were flooded and I had wondered what it would be like when I arrived. There was standing water in the fields but it was ok otherwise. 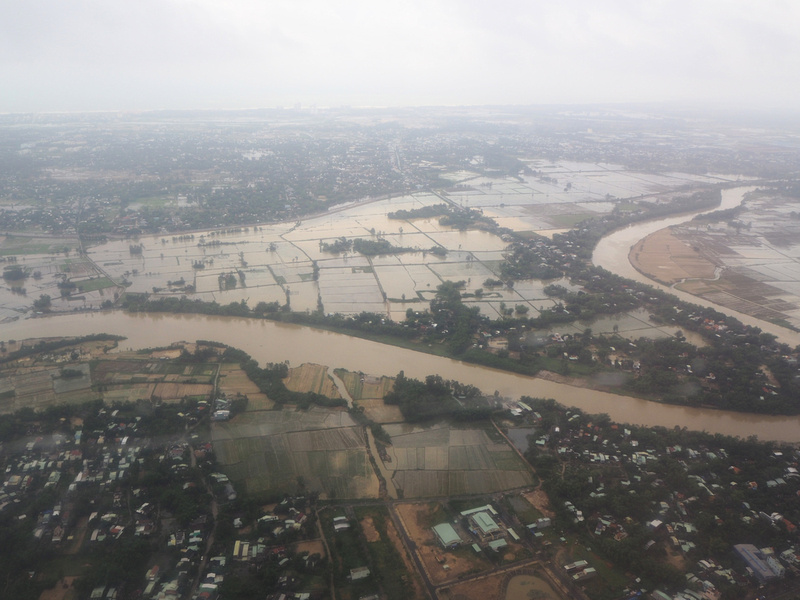 The flight arrived 15 minutes late, in what was otherwise a smooth flight. 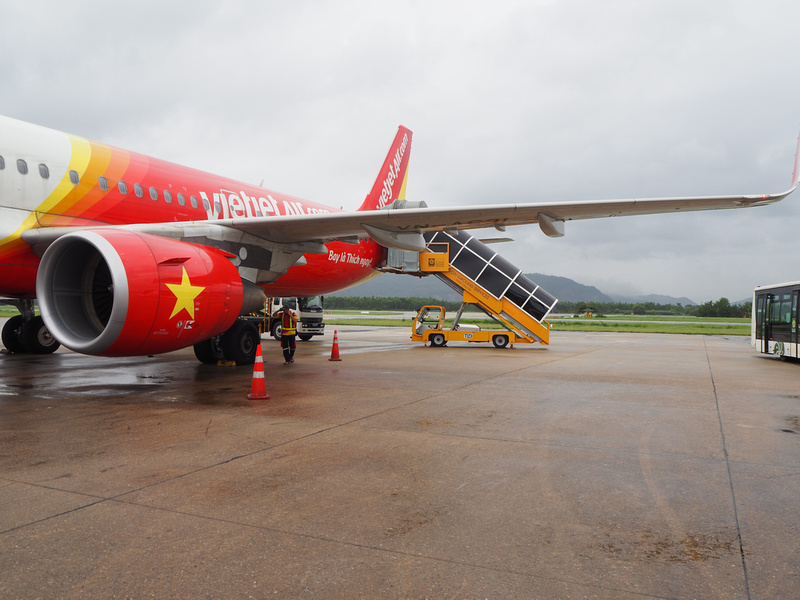