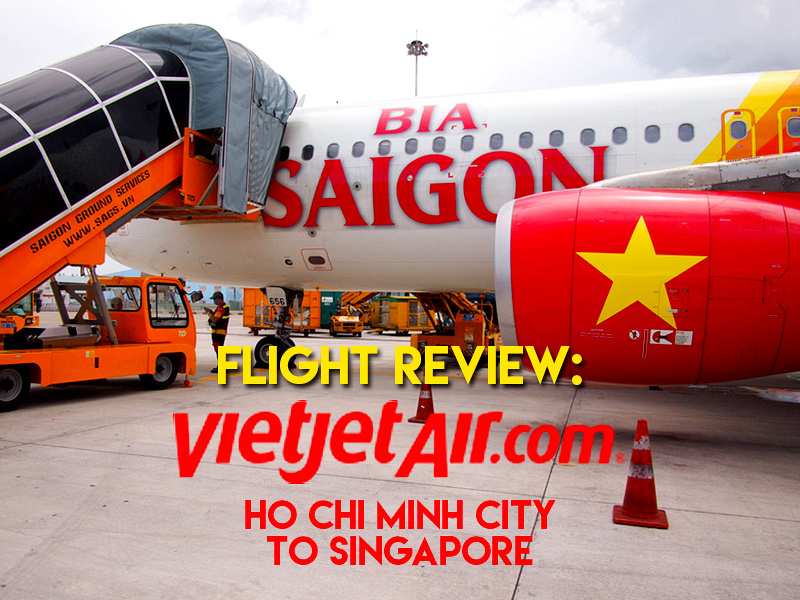 I flew with Vietjet Air from Ho Chi Minh City to Singapore. There are a number of full-service and low cost airlines plying this route. I compared flight options with Skyscanner and went with Vietjet for price and time of day.

My last flight was also on Vietjet, from Hong Kong to Ho Chi Minh City. Vietjet have grown from a small domestic airline to be the largest airline in Vietnam. They have have gradually been adding more international flights, hindered only by capacity at Vietnams main airports, and the delivery of new aircraft, of which it ordered 100 737’s in 2016. 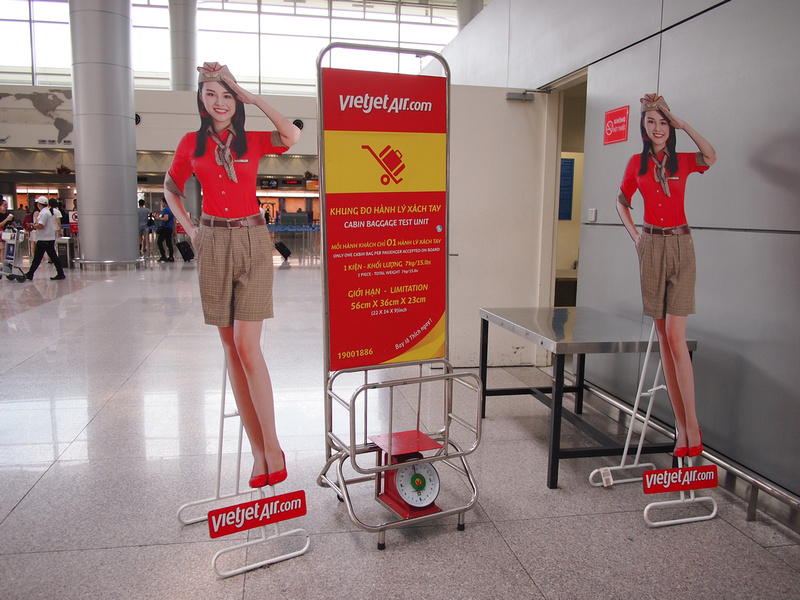 Tan Son Nhat – the airport of Ho Chi Minh City – is reached its capacity and is being expanded while a new airport is planned. In the meantime there are not enough airbridges for all flights. Gates 22-25 at SGN are downstairs where a bus will take you to the plane. 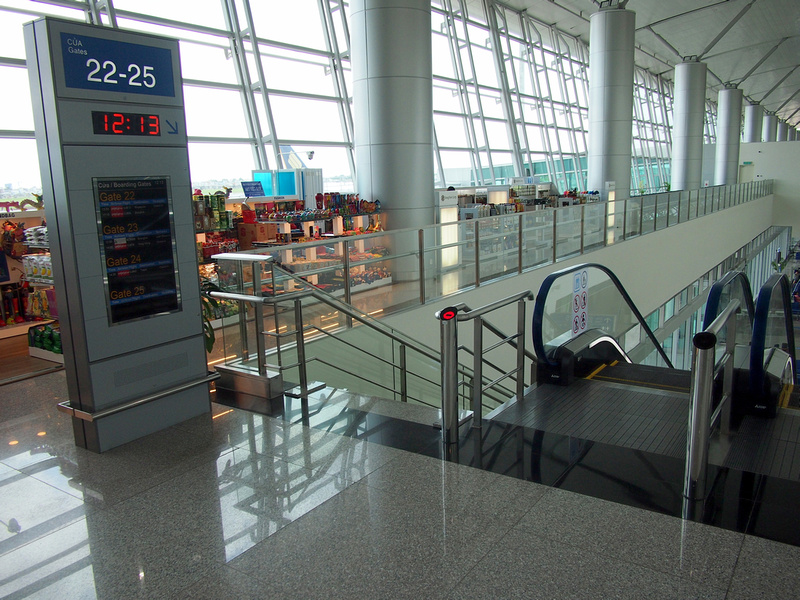 It appears that part of the Vietjet low cost strategy is taking flights from these gates. There were two flight boarding at the same time on the day I flew so it was a bit crowded waiting for the bus. 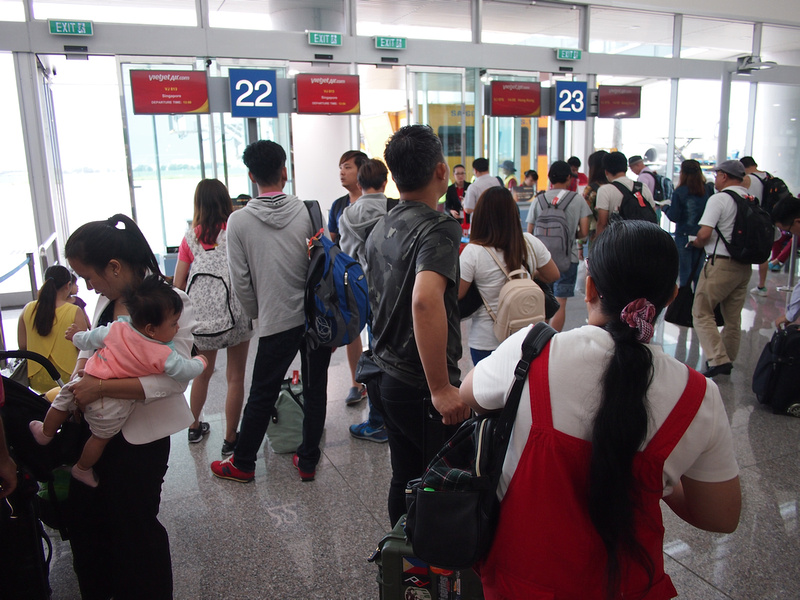 The bus to the waiting aircraft.

Another strategy to keep costs down is having advertising livery. Todays flight is brought to you by the local beer, Bia Saigon. I don’t drink, but if the fine people of Bia Saigon want to sponsor my flight so I can get $50 flights to Singapore, then I am cool with that. 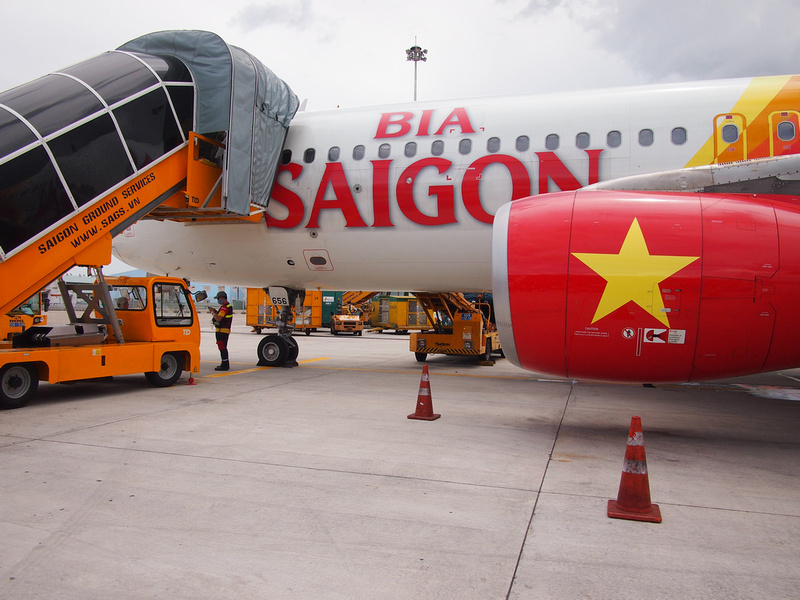 And if you can sell advertising inside then why not. Overhead cabin space is brought to you by Pocari Sweat. 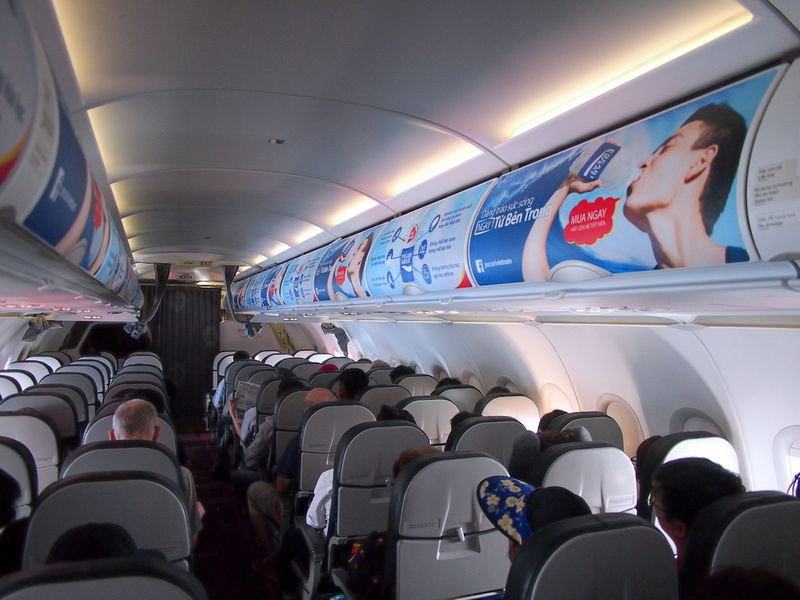 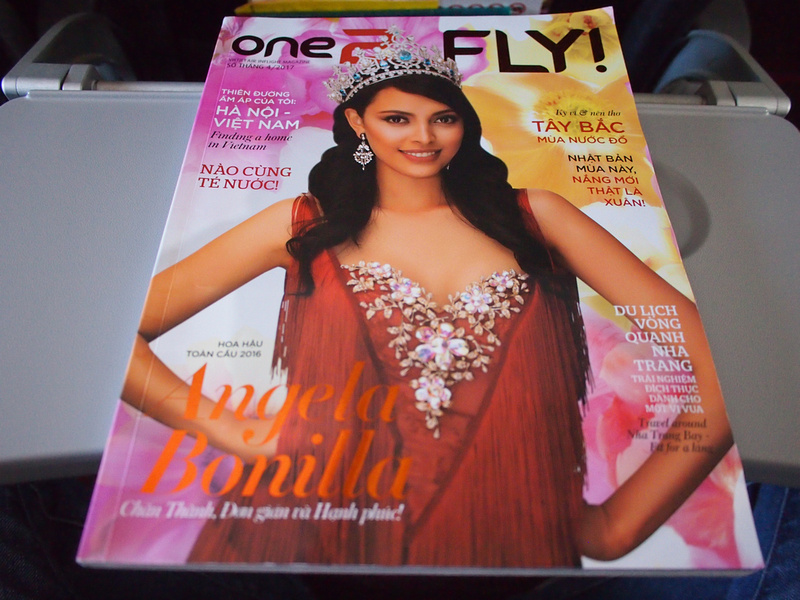 The magazine is mostly in Vietnamese, with a few of the main articles translated to English. Looks like they no longer have a destination map either, which is a shame. There is just a list of destinations presented in an unattractive manner. 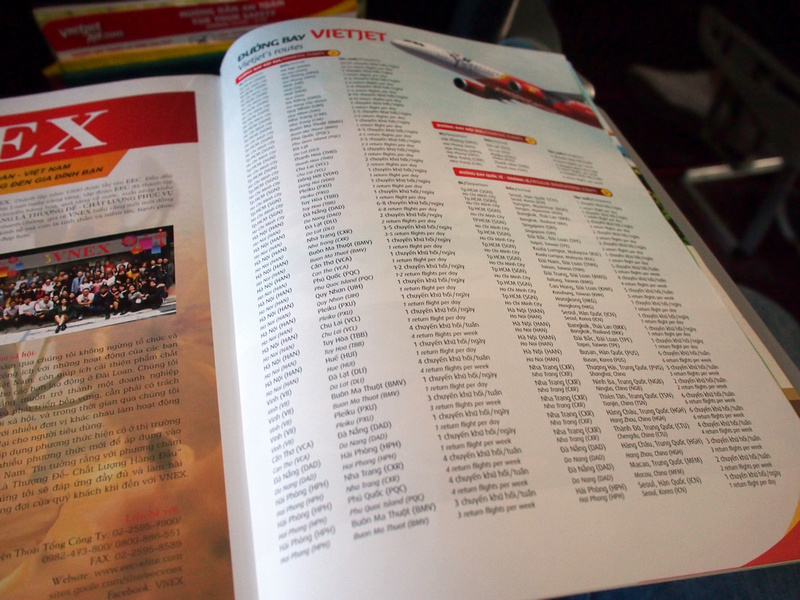 Food and drink on Vietjet is available for purchase. 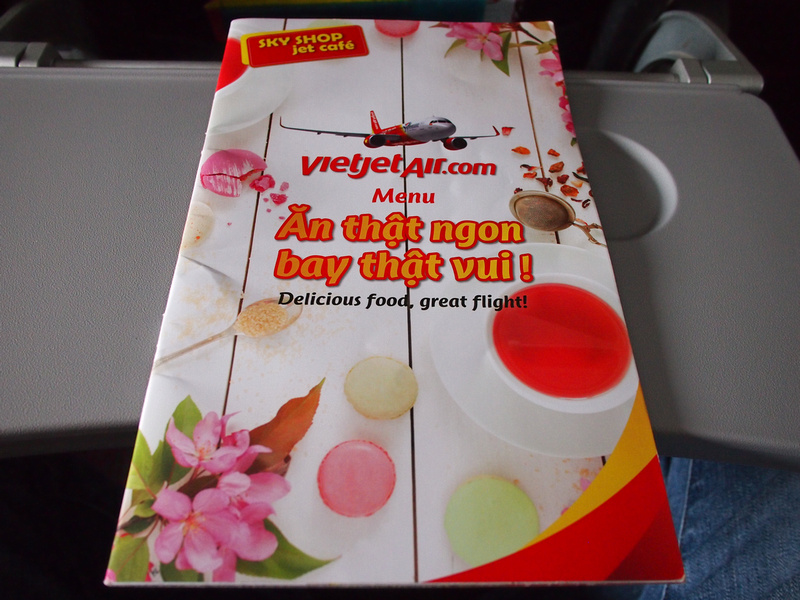 I was saving my appetite for Singapore so I settled for a coffee. 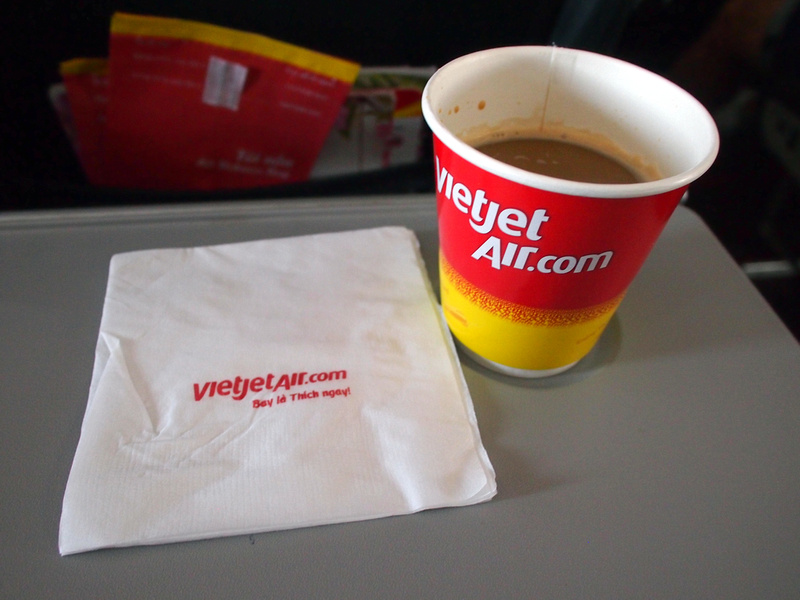 The flight arrived ontime at Singapore, and once again I had a magnificent airport experience.