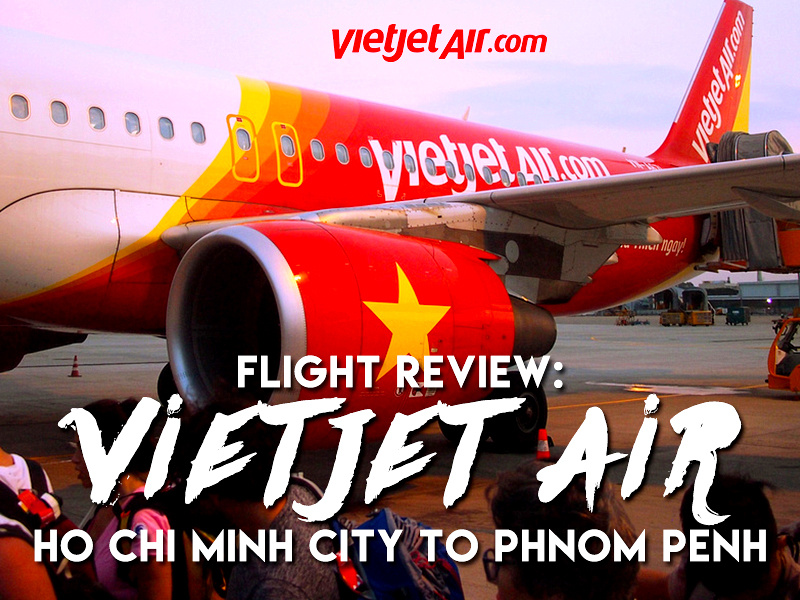 I flew with VietJet Air from Ho Chi Minh City to Phnom Penh. Being based in Saigon I have been following the new route announcements by Vietjet and I was pleased to see this route start.

I still compared flights with Skyscanner to make sure I was getting the best deal, and I was by at least half. It’s worth checking anyway because sometimes you find random deals.

I booked during its first few weeks of operation so there were some good deals going around. The base fare was 68,000 VND ($3 USD) but they of course add on all the other things which is annoying. I’d rather they just put the true price with taxes. The total price was 1,252,000 VND ($55 USD) including a checked bag, which is a good deal for any flight. 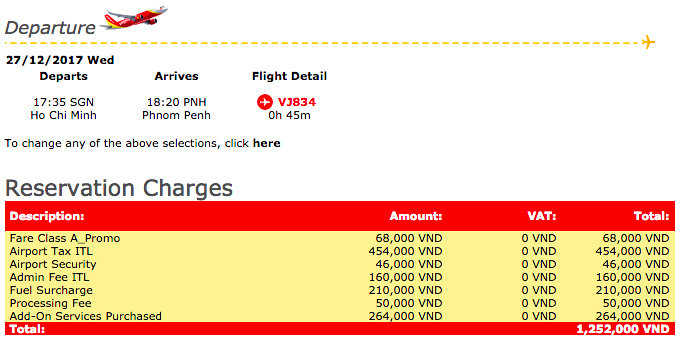 Saigon to Phnom Penh is only 250 KM apart. This is a route that shouldn’t be viable by flight. The bus though takes 7 hours when including the land border crossing. It’s advertised at 6 hours, but whenever I have done it the travel time is closer to 7 hours. This route would be an ideal candidate for a intercity railway. It doesn’t even need to be high-speed; just a regular intercity like in Europe would do. A train at 160KMH would make the trip about 2 hours with stops. You can read more about Southeast Asia rail developments here.

But I digress, so back to the flight. Check-in is open 2.5 hours before the flight, so I got there on time so I could finish some work at the airport. As I have blogged before SGN airport has long since reached its capacity, so the chances are good that if you are flying with VietJet you are getting a bus to the aircraft. 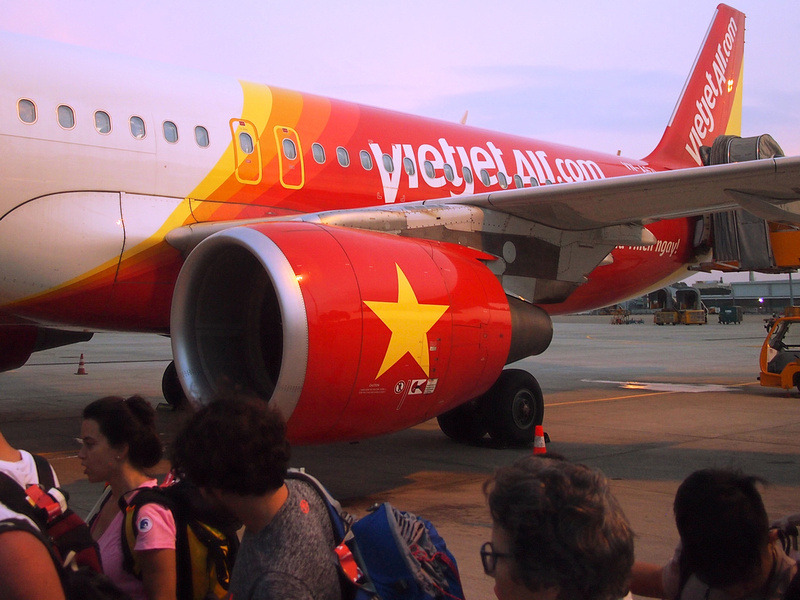 This flight is timed ideally for Saigonese who want to do a weekender in Phnom Penh. It departs at 17.35 so you could leave work early to get this flight. The scheduled flight time is 45 minutes, though the day of my flight it was actually 30 minutes.

I happened to by flying on a day they were repairing one of runways, so there was a massive backlog while takeoffs and departures shared the same single runway. We ended up spending more time on the tarmac than in the air.

The flight took off from east to west which is not usually the case. That must have shaved a few minutes off the flight instead of having to do a loop around the city.

And there is the gigantic mess that is Saigon at night. 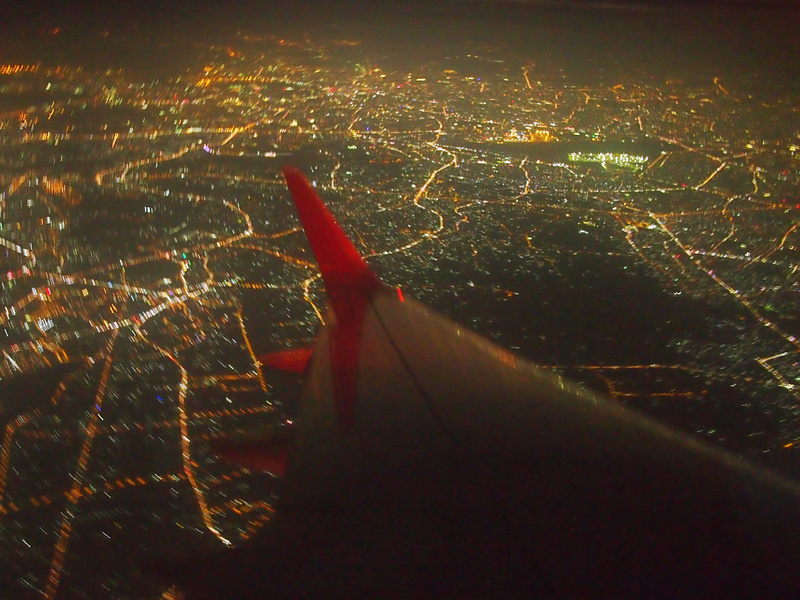 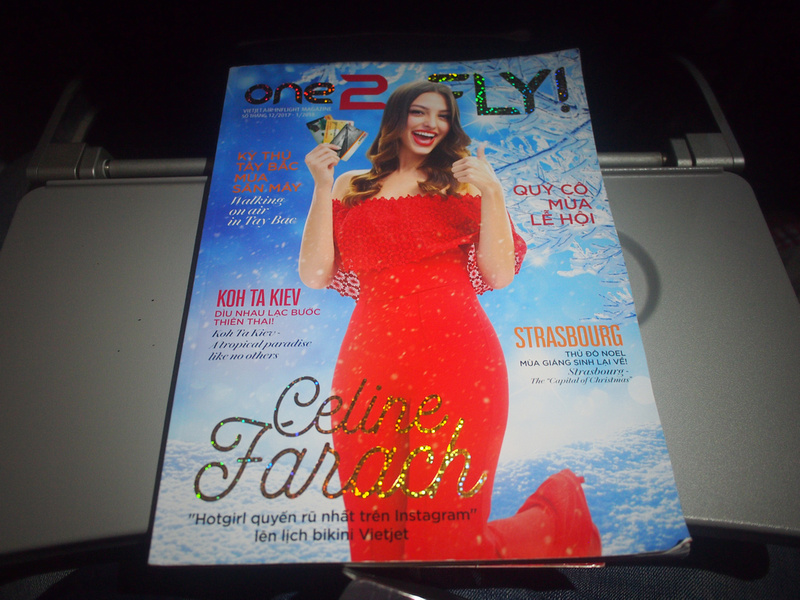 People keep asking me is this the bikini airline, and I say no that was a publicity stunt. Then they go and put this in their magazine. Sigh. 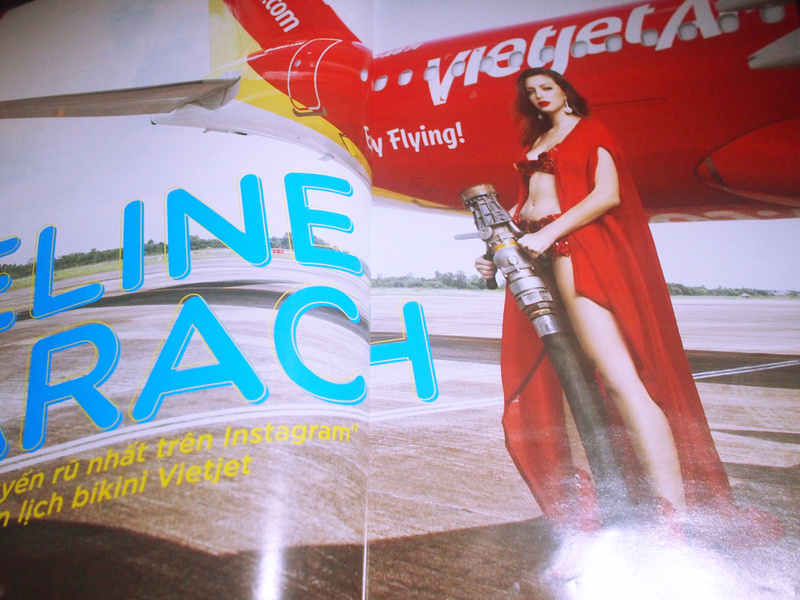 There’s an inflight food and drinks service but on this flight there was barely enough time for a drink. 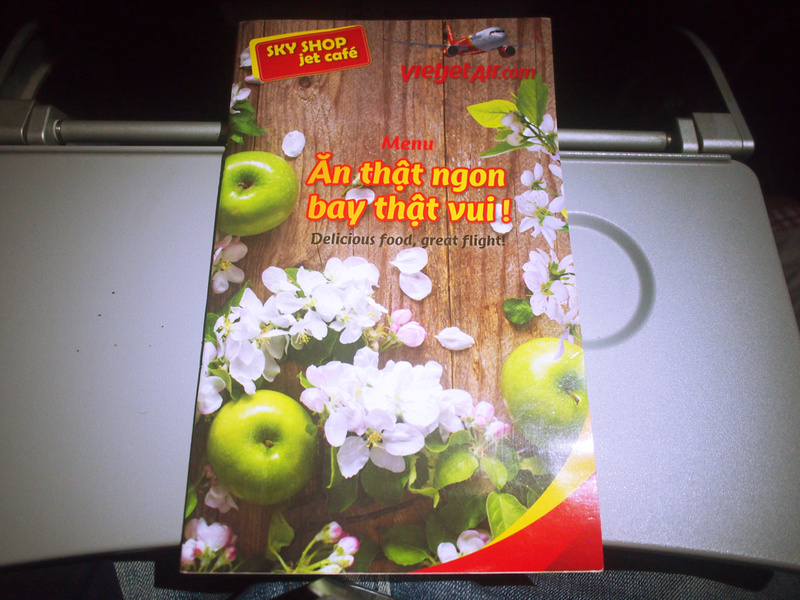 By the time the craft had reached its cruise altitude the “prepare to land” announcement was made. The flight flew straight into Phnom Penh from west to east, passing the city skyline along the way. I suspect this added to the short flight. According to my Flightmemory this was the 6th shortest commercial flight I’ve been on.

Overall this was a good flight and I’m happy to have this as an option to getting the bus.