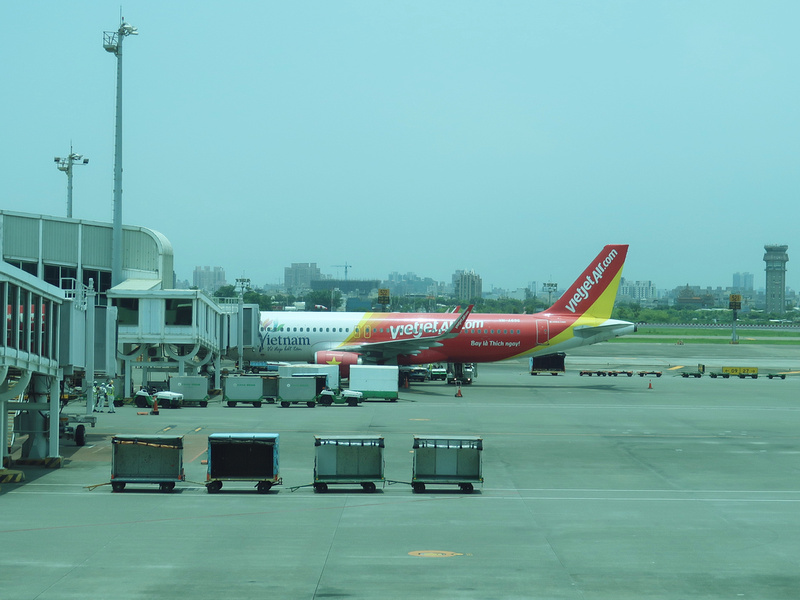 I flew with VietJet Air from Ho Chi Minh City to Kaohsiung. I was aware that VietJet Air had a flight to Kaohsiung so I had it in the back of my mind to fly there when I had the chance. I still compared flights with Skyscanner, just to make sure there wasn’t another alternative, and the VietJet flight was best for price and time of day.

The base fare began at $14 USD, and that was showing for every flight for the month. 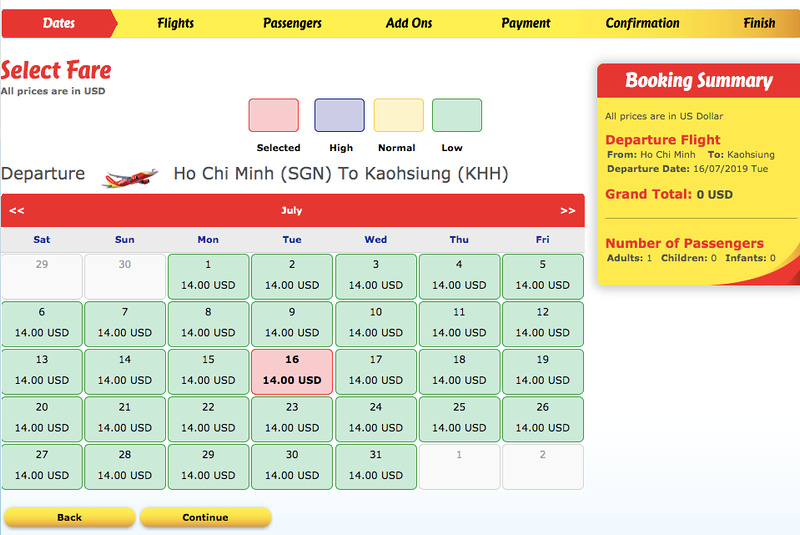 Of course once you click a preferred flight all the other taxes are added. It’s still a cheap flight but I just wish they would show the price that you can’t avoid paying.

There are two flights a day from Ho Chi Minh City to Kaohsiung. In addition to Kaohsiung, VietJet also fly to nearby Tainan, Taichung, and Taipei. They have your cheap Taiwan flight needs covered. 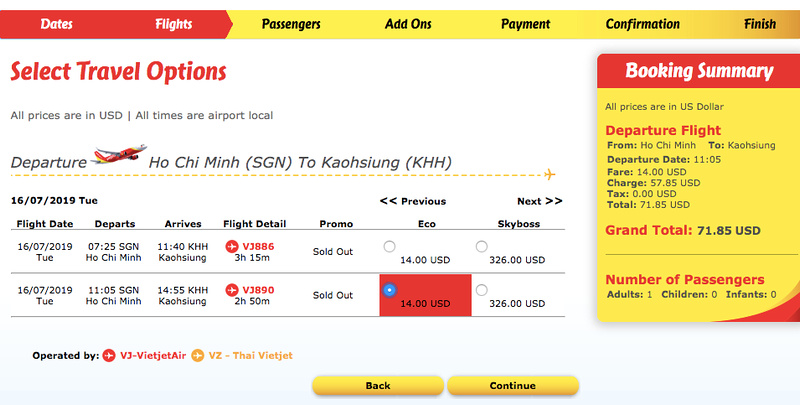 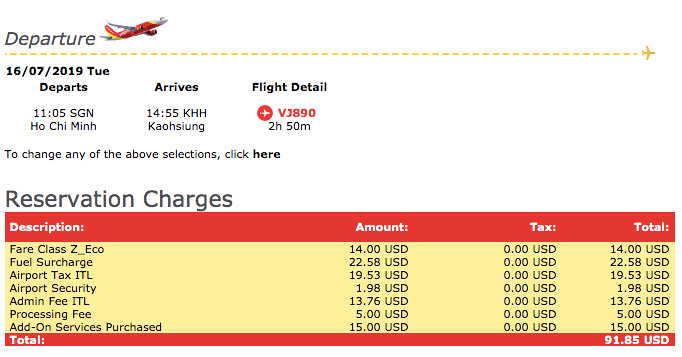 Leading up to my flight I was beginning to worry that my flight might get cancelled. There was a pilot shortage at VietJet and some flights were cancelled. I then got an email saying my flight was cancelled and I was put on the flight earlier in the day.

Lucky there was two flights a day as I needed to fly on this day. I don’t know if this was because of the pilot shortage or if they didn’t sell enough seats. I don’t object to cancelling flights if not enough seats are sold, as long as there is a flight the same day.

It could have been worse, as there was an EVA Air strike on my travel day.

I checked in at the airport, and I find that if you are at the check-in early for VietJet at Tan Son Nhat there is never a queue. 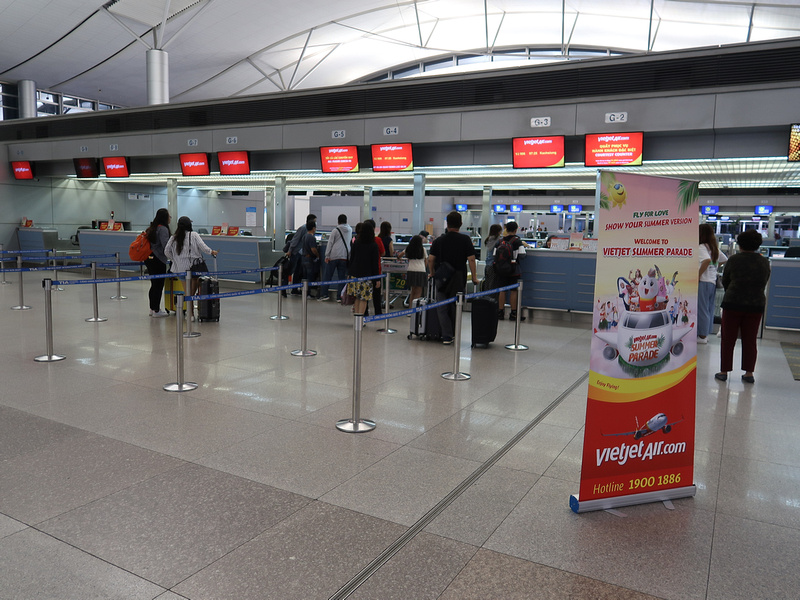 The gate was downstairs where there are no airbridges, so it was once again another bus to the plane. 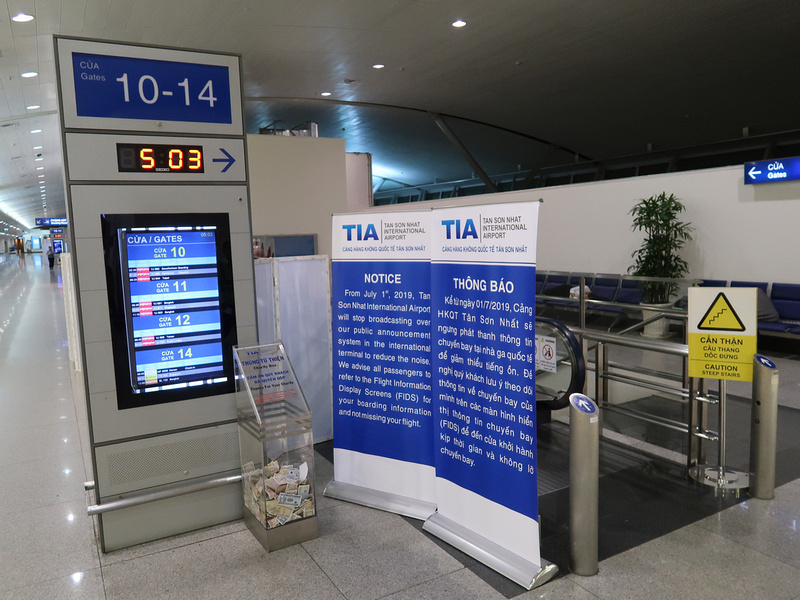 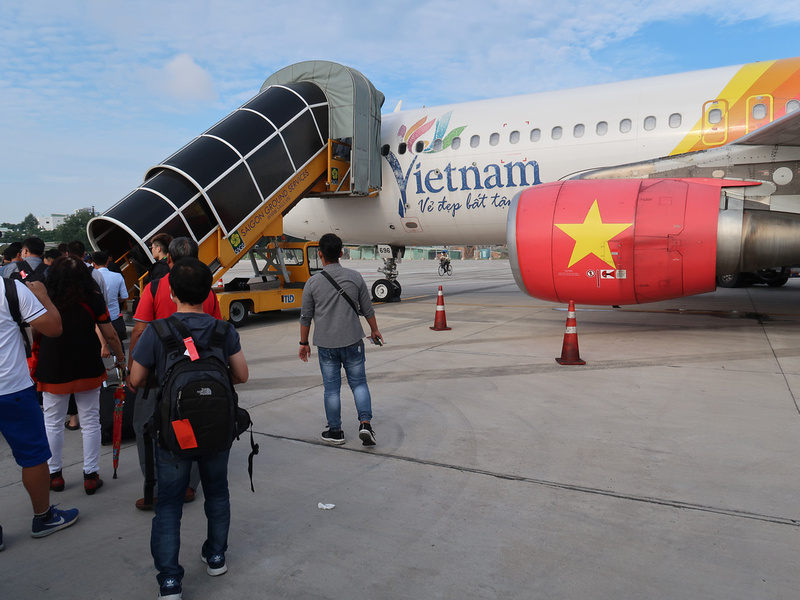 Tan Son Nhat airport has been running over capacity for years, so tarmac boardings are common. The second airport of Ho Chi Minh City hasn’t even begun construction, so the congestion will only get worse for the foreseeable future. 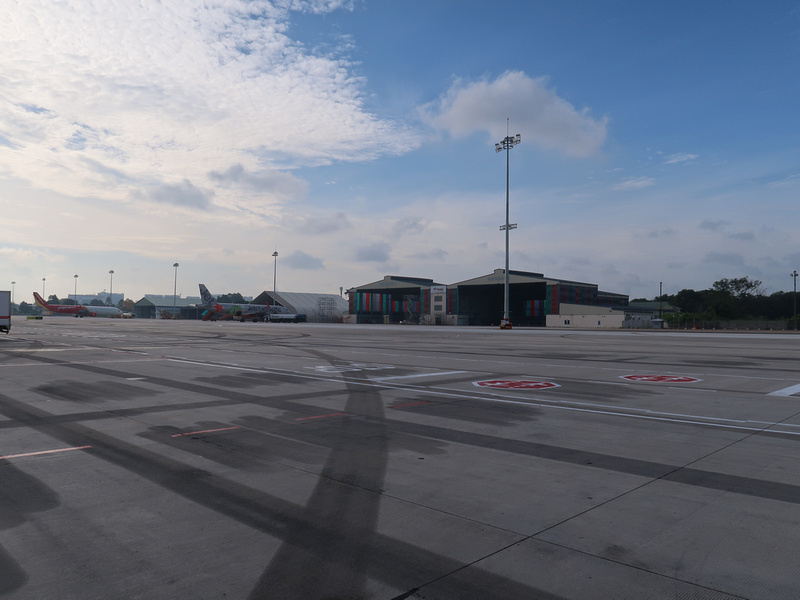 I checked in early so I was able to secure an exit row seat. 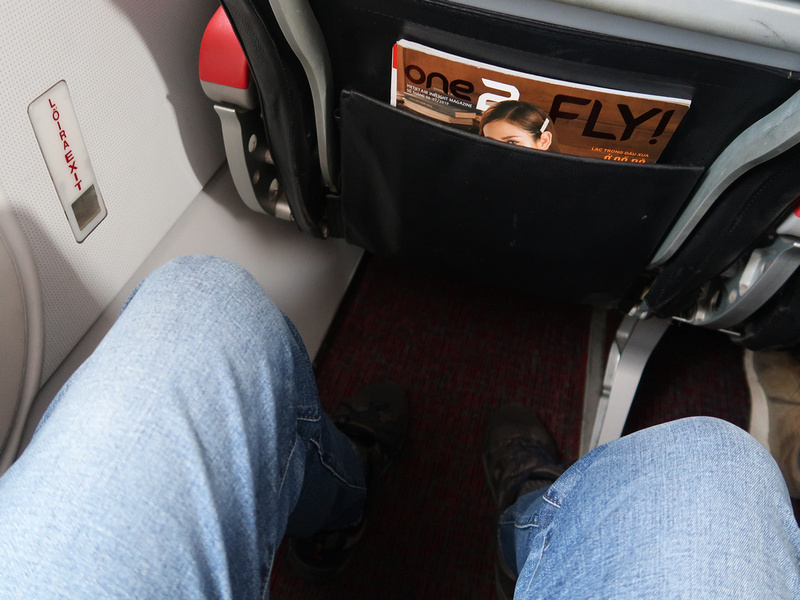 This flight was full, so there is at least demand for at least one flight a day. 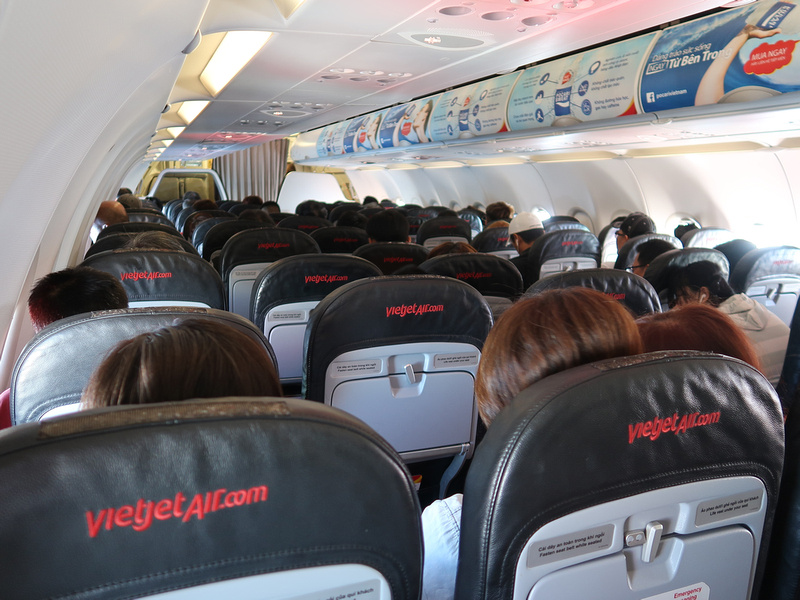 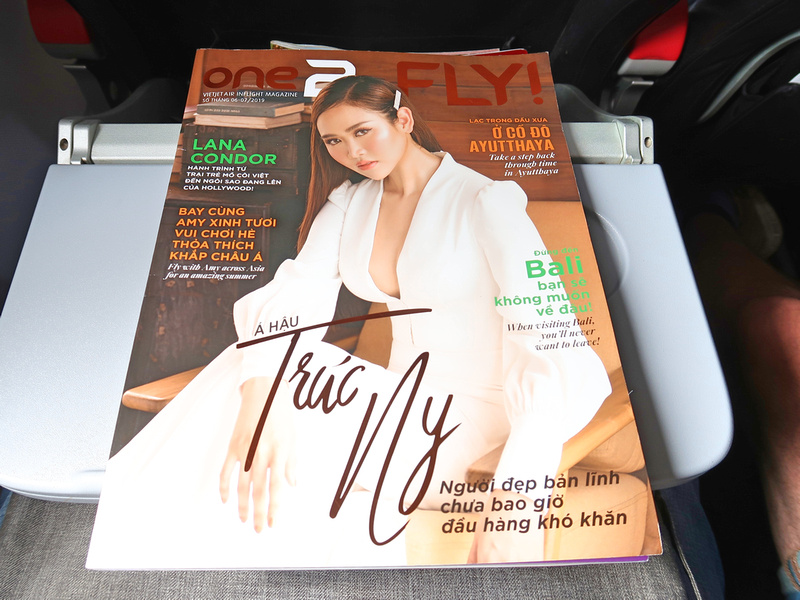 there is no free meal service, so you can order meals from the menu (or pre-order during the booking process). 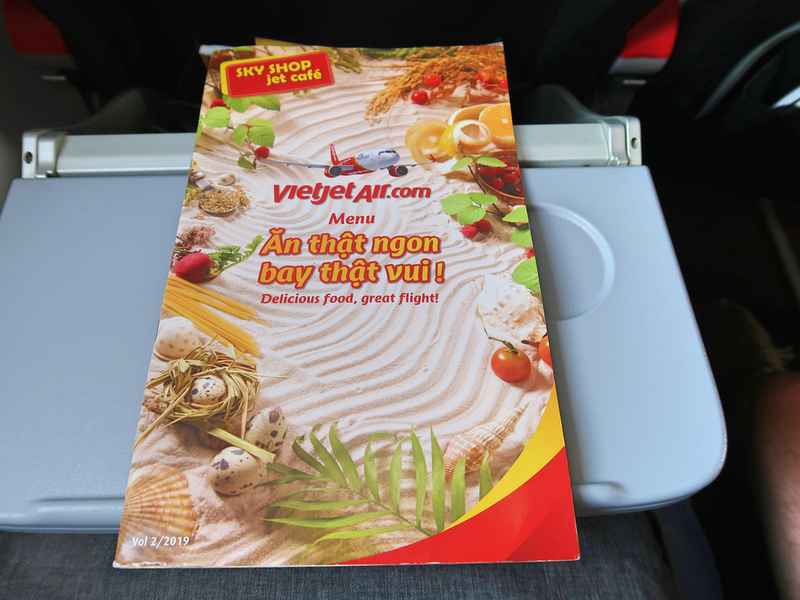 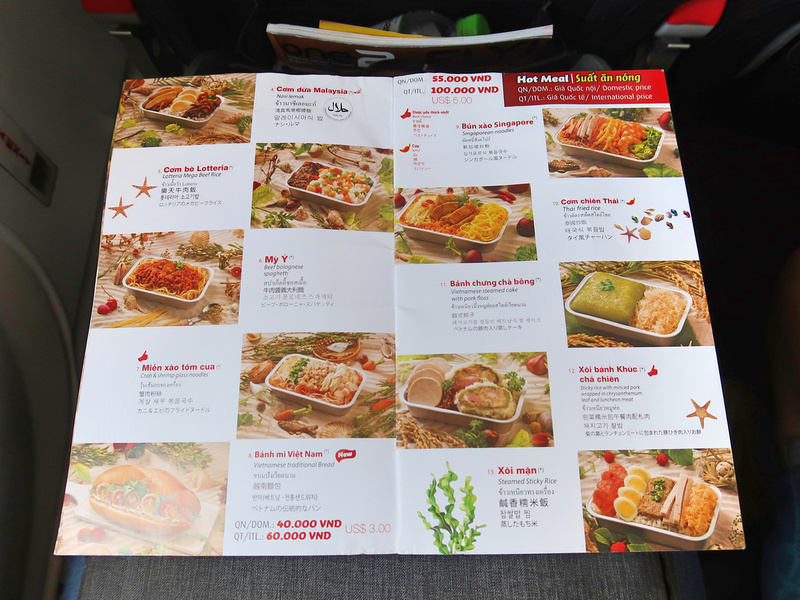 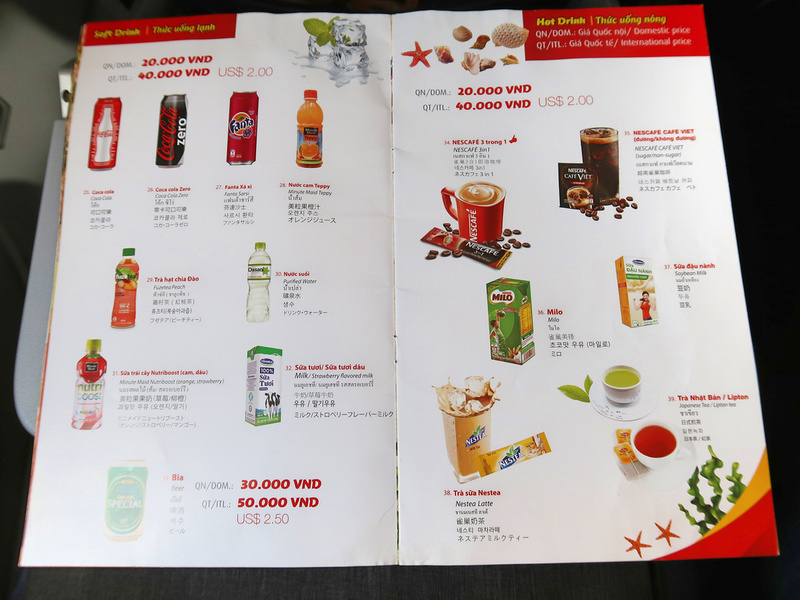 A Taiwan arrival form is handed out on the flight. 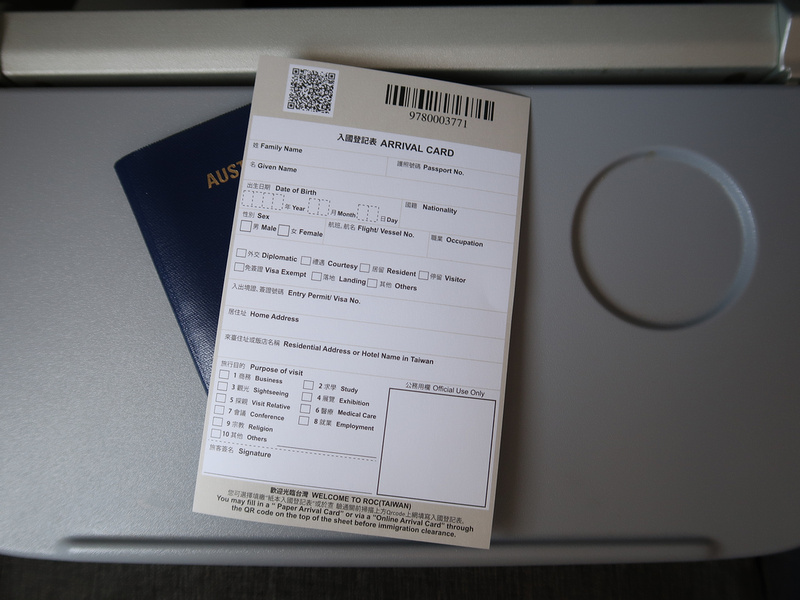 sitting in the A-seat i had a perfect view of the city as the flight approached the airport. Too bad the window was so dirty. 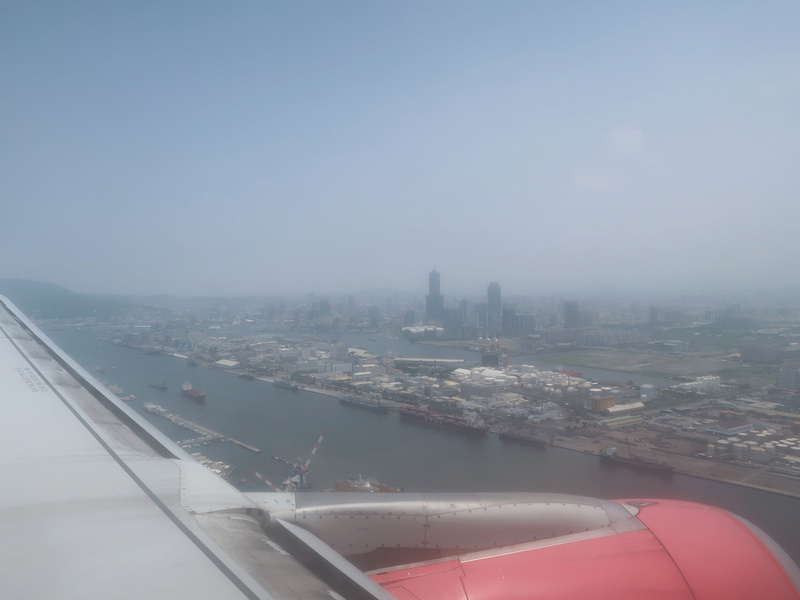 After a slightly delayed takeoff the flight made up time and we arrived almost on time.

I enjoy arriving at secondary city airports, though there was a big queue at immigration.

Some VietJet Air advertising at the airport. 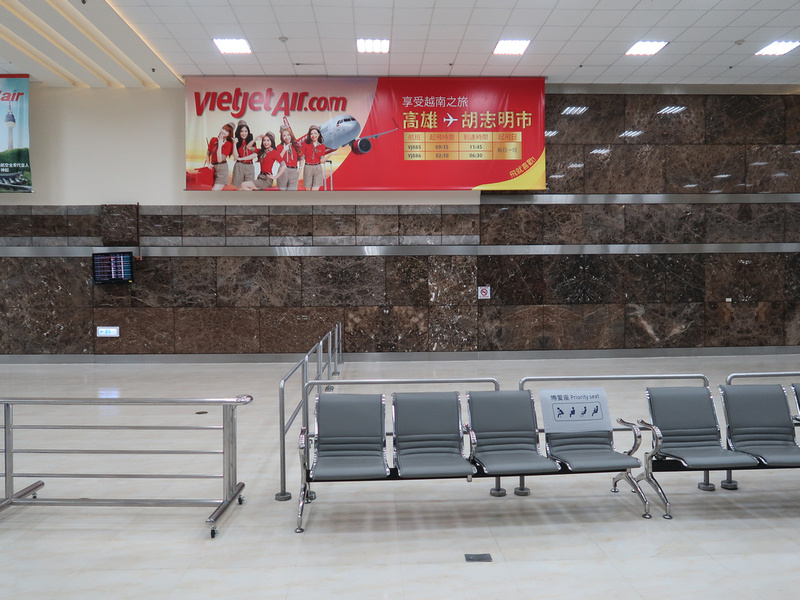 Kaohsiung Airport is connected to the city with a metro, so I really liked this airport. 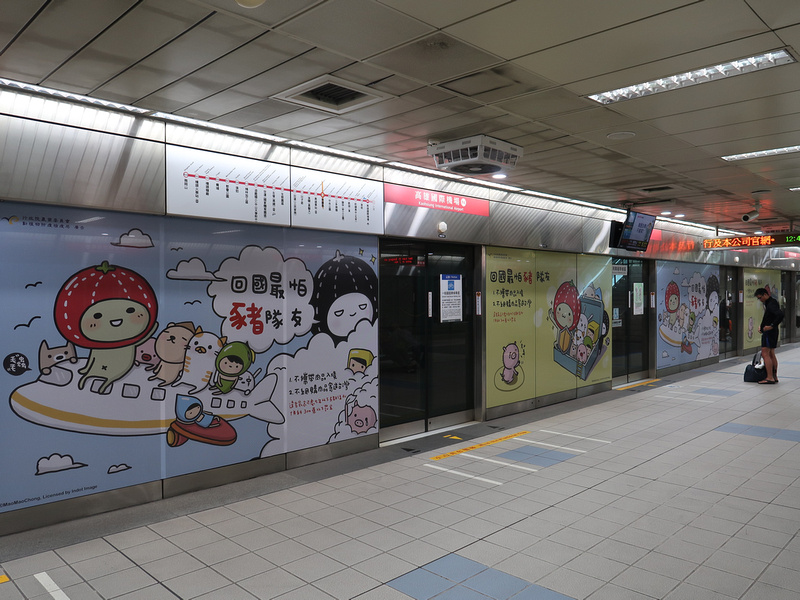 Overall this was a good flight option to Kaohsiung. Even though I got moved to another flight, both flights operate are reasonable hours of the day. Some flight from Vietnam to Taiwan fly overnight – something I try to avoid. I have flown with VietJet from Saigon to Taipei, and I plan to try the Taichung service next.