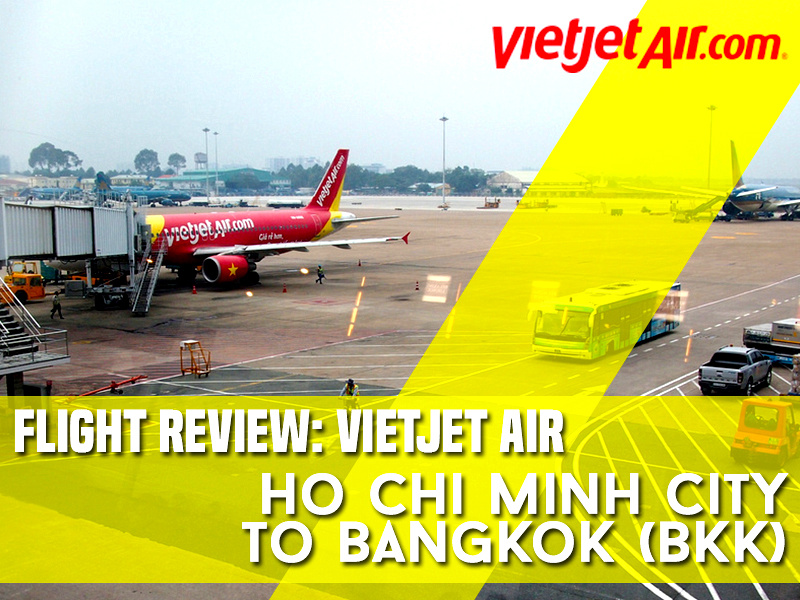 I flew with Vietjet Air from Ho Chi Minh City to Bangkok. The Saigon to Bangkok route has become very competitive over the last few years, making flights cheap for most time of the year. I compared flights with Skyscanner and searched using “Bangkok All” as there are flights to the two Bangkok airports.

I haven’t been flying much this year and it turns out my last flight was the Vietjet return flight from Bangkok to Saigon. This is the second time I’ve flown SGN to BKK with Vietjet.

The fares between the low cost airlines (Jetstar, Nok Air, Vietjet, AirAsia, Thai Lion Air) were all about the same. I choose the Vietjet option for its time of the day and for flying into BKK airport. The 11.30 flight gets me to Bangkok before the crush of peak hour traffic begins. 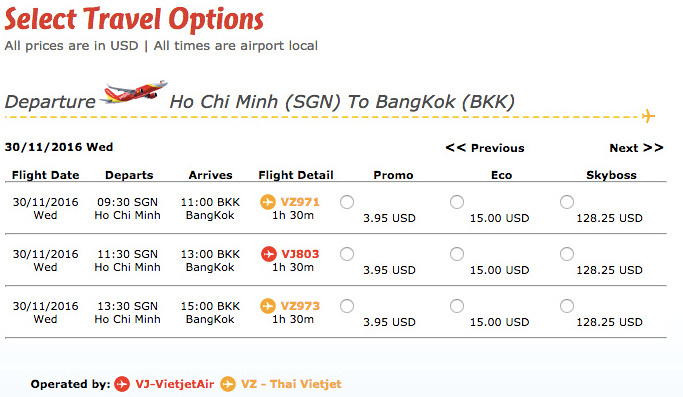 Vietjet still do that thing that some airlines do of advertising a promo price without taxes and charges. Airlines aren’t allowed to do this in Australia, but there seem to be no rule in Vietnam. Thus a $3.95 ticket becomes $59.06. They should really advertise the real price as it is still a great deal and the deal price is not fooling anyone. 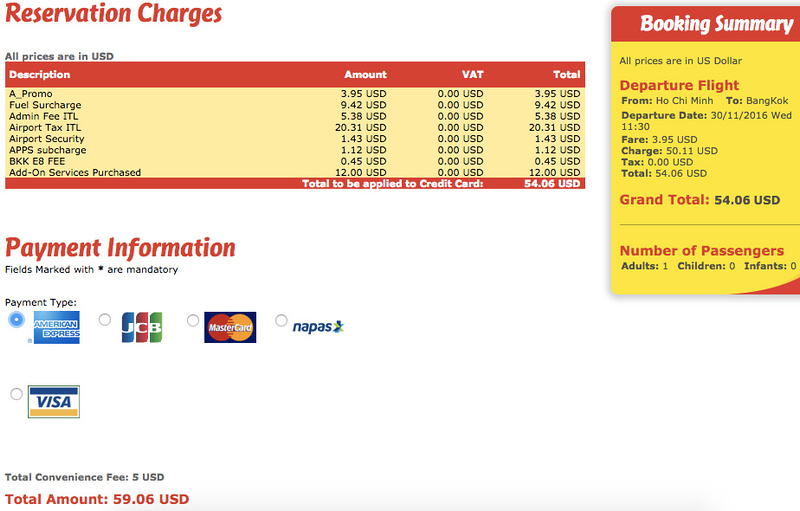 I checked in at the airport and as usual I was there early. I was second in line and they gave me an emergency exit row, so it pays to check in early.

Saigon airport is running out of space and sometimes flights are boarded via a bus to the outer tarmac. I was happy to see my flight at an actual gate. 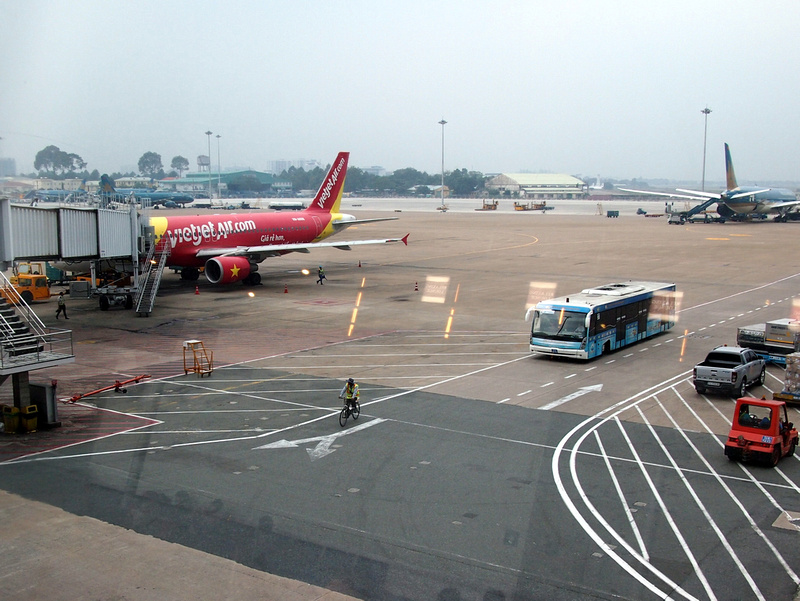 Flying on the last day of the month means a tattered inflight magazine. One2fly is the inflight mag of Vietjet, and it’s mostly in Vietnamese. 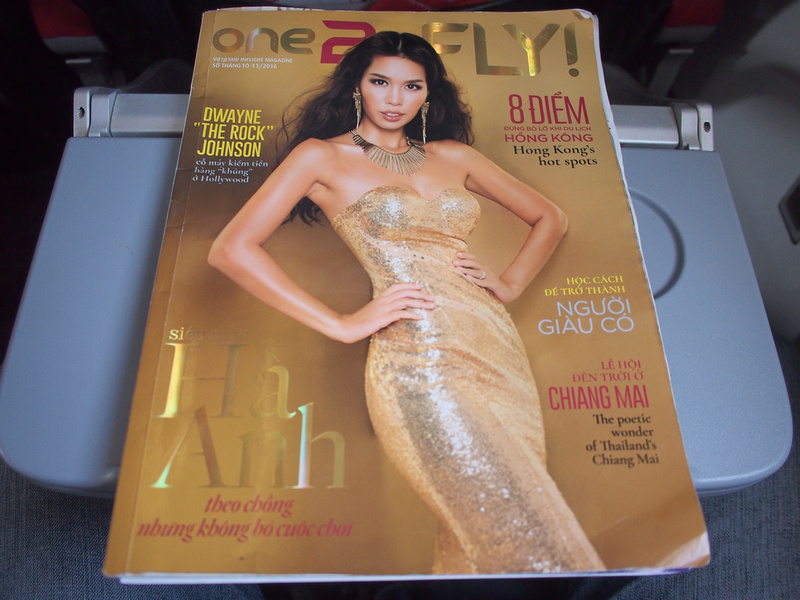 I was already dreaming of my first meal back in Bangkok so I wasn’t tempted to eat anything. 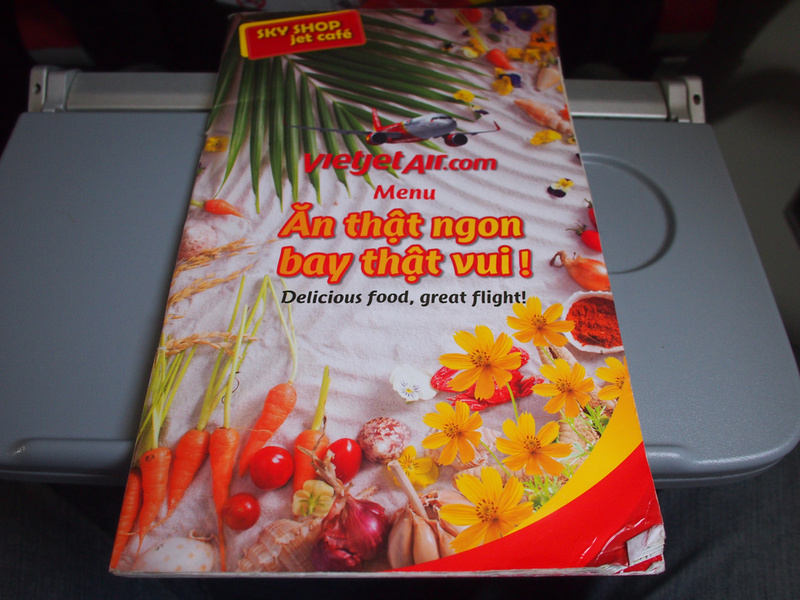 I did order a drink and I noticed that the prices are now priced for domestic and international services. For example the coffee here is .88c domestic and $1.76 international. Even that is still a good price for an airline, but seeing the dual pricing is an odd thing to do. 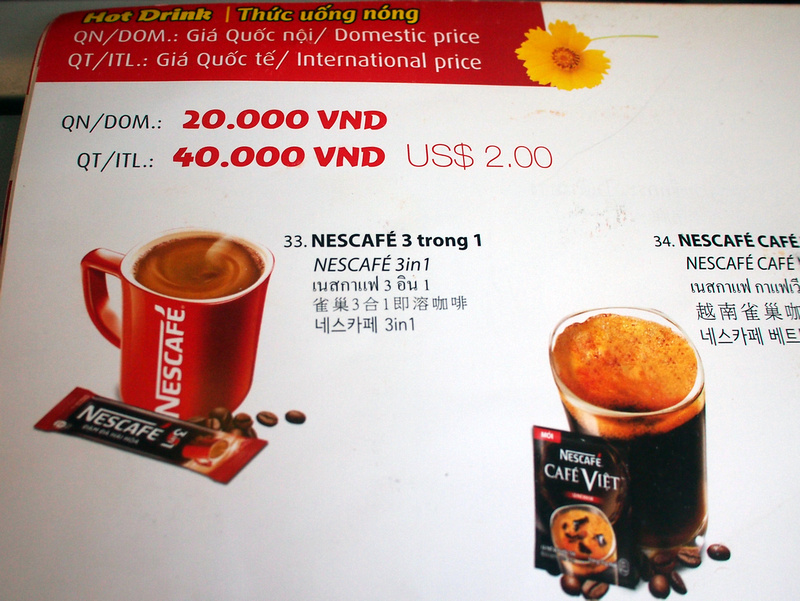 The prices are double for international hot meals as well. 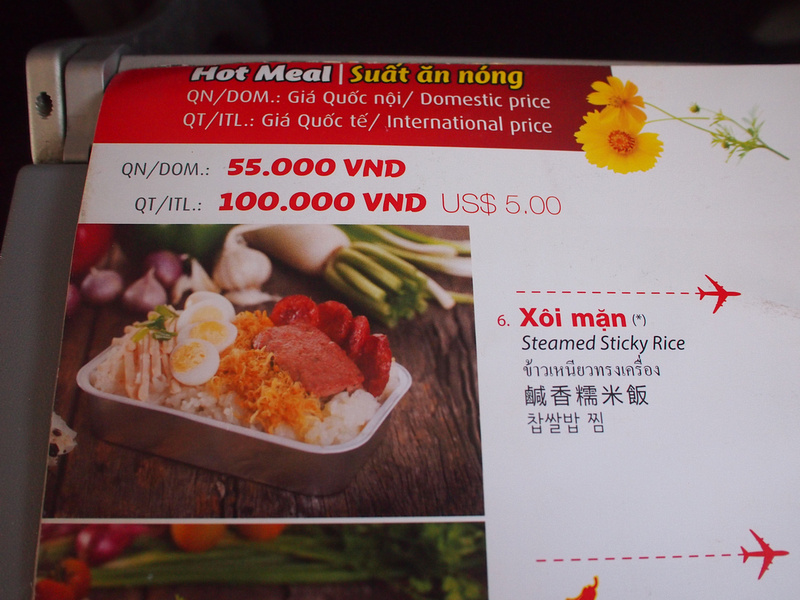 On Vietjet Air you can have an actual fresh coconut. I will have to try next time, if only to try it out. 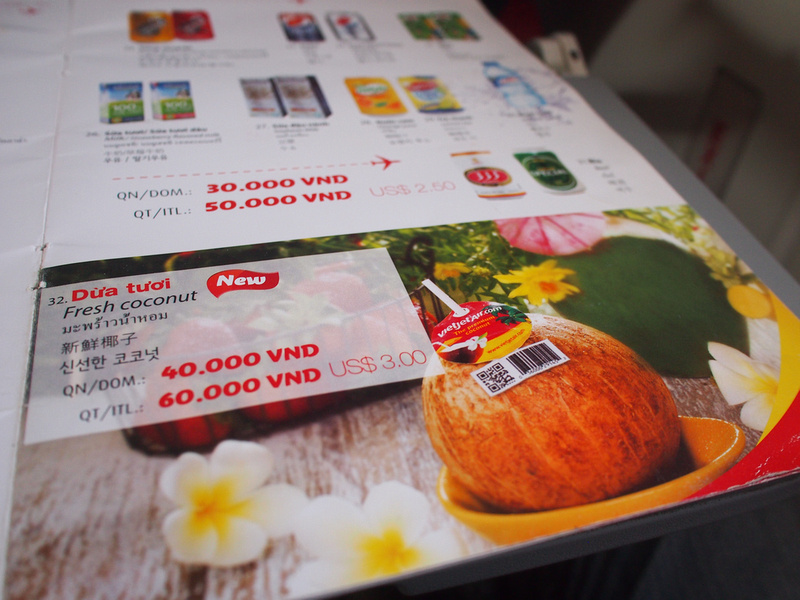 In the end I settled for a instant coffee, even though I was going to be have real coffee in a Bangkok cafe soon. 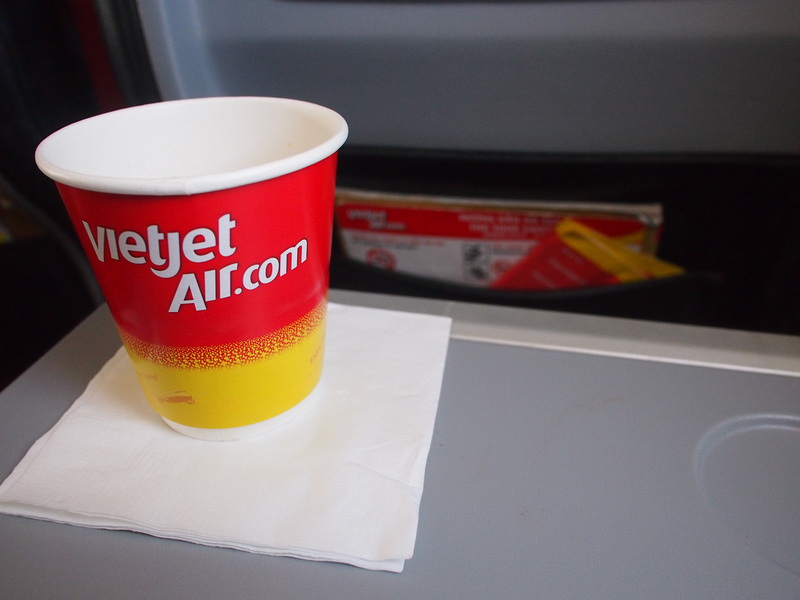 The flight arrived on time at Suvarnabhumi Airport where I then power-walked to immigration as BKK can get busy at any time of the day. Once I cleared immigration my bag was already on the luggage carousel. There was no queue at the taxi rank, so I got a taxi to where I was staying at Asoke in central Bangkok.

Overall this was a good flight to get to Bangkok at a cheap price.