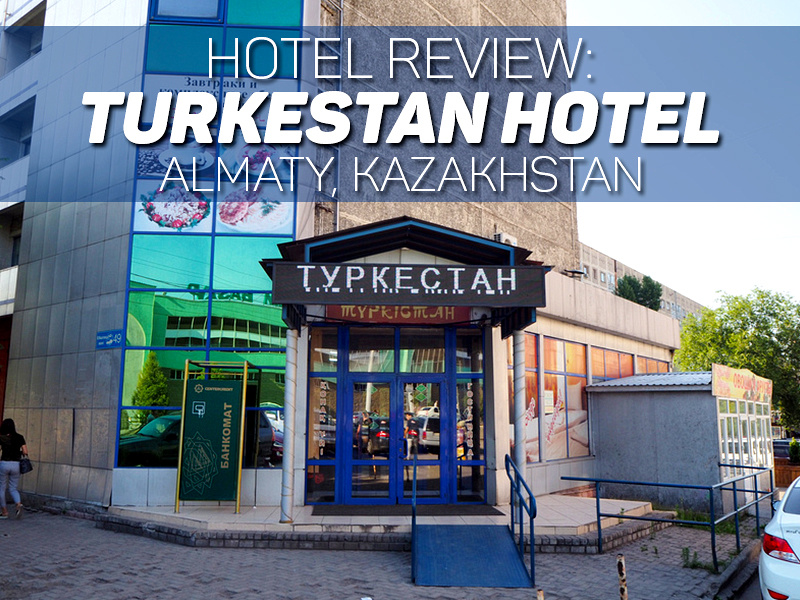 I stayed at the Turkestan Hotel in Almaty, Kazakhstan. I booked it online for its price and location in Almaty. The rate was KZT 5,500 KZT ($15.89 USD) for a private room with shared bathroom.

When I booked I didn’t know where would be the best area to stay in Almaty, so I just took an educated guess judging on nearby landmarks. I was only here for a night so I didn’t want to stay in an outer suburb and waste time travelling in and out of the central city area. The hotel is two small blocks away from Zenkov’s Cathedral, which is a prominent landmark of the city, so I went with that. The area around the hotel has an Eastern European/Soviet feel. 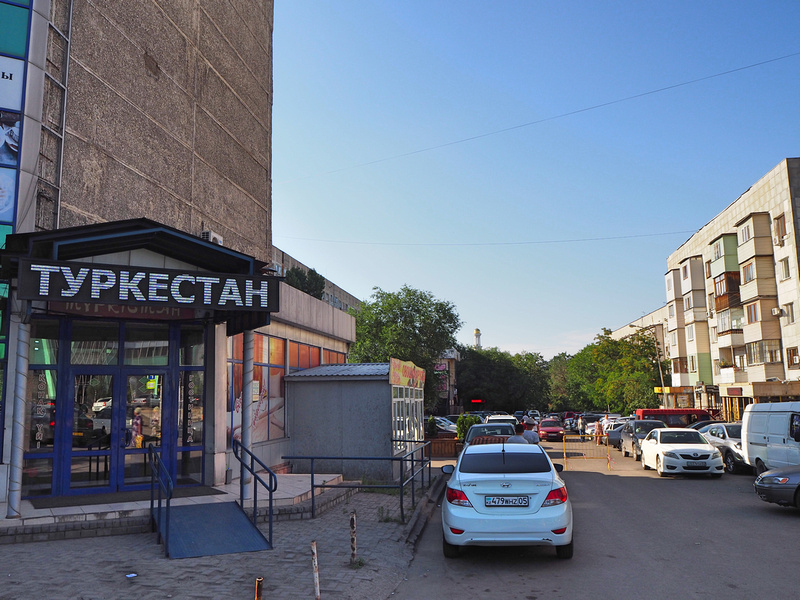 The hotel is in an unremarkable building with no signage in English. The taxi driver at least knew where it was, and I had it saved in my Google Maps. The Kazakh language uses a Cyrillic alphabet, so I guessed this sign said “Turkestan”. 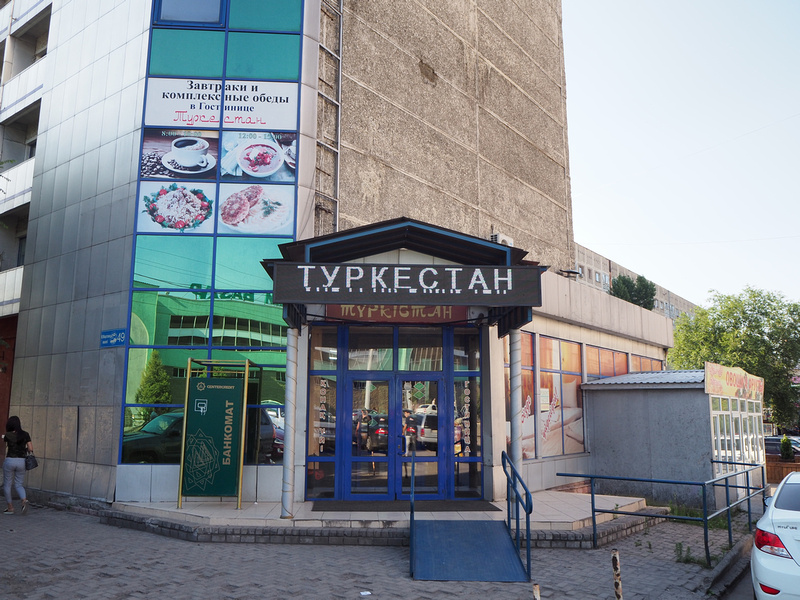 My room had a big window and was spacious enough for a single bed. There is free wifi at the property, and I had no problems connecting to the internet. 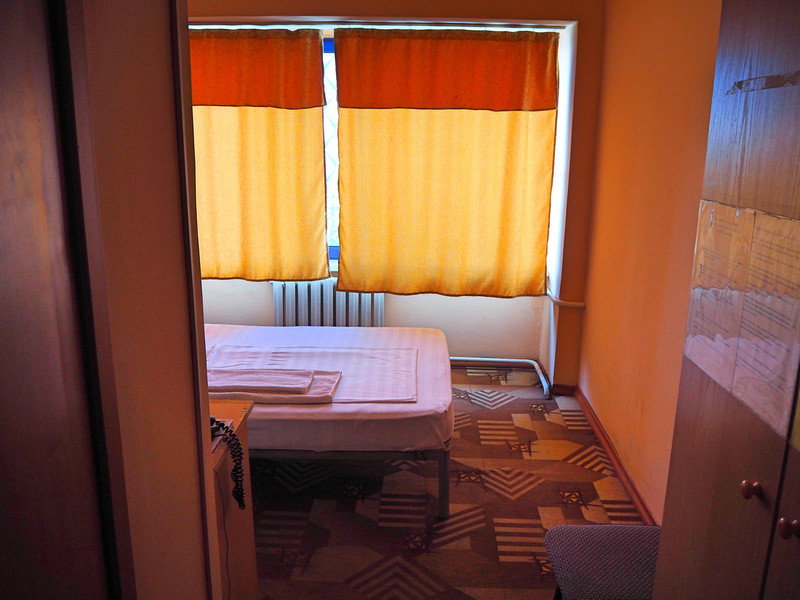 The bed was comfortable and the room, while being old, was in good condition. I was there in summer and the temperature was over 30c. The room didn’t have A/C or a fan, which is common for countries that are more used to the cold. You could see that the building had proper heating infrastructure, though not prepared for summer. I was out during the day so this didn’t matter so much, and the room was ok in the evening. 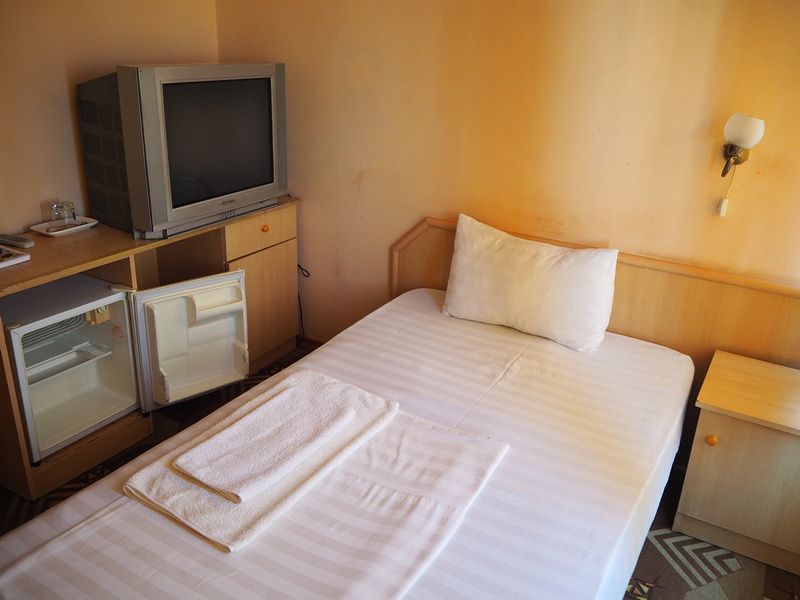 Even though it was advertised as a shared bathroom, I still had a bathroom. Everything was there except for the shower, which looked like it had been removed from the room as the plumbing was still there. The bathroom was clean and orderly. 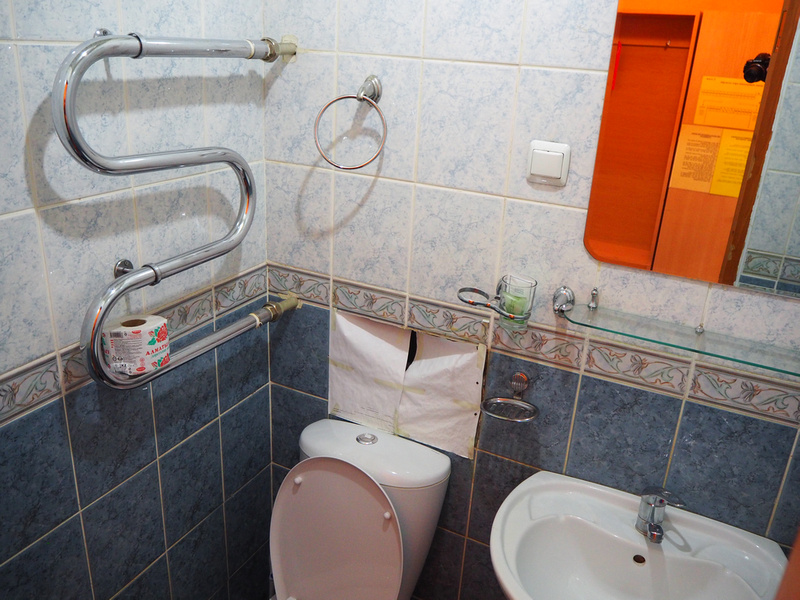 There was a shared shower space in the hallway. 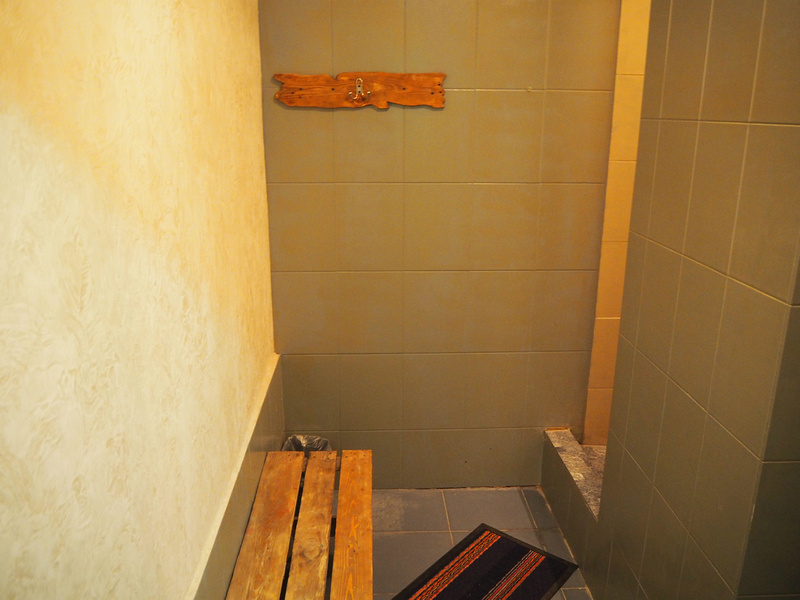 A breakfast is included at the hotel, which included, bread, cheese, some meats, and pancakes. 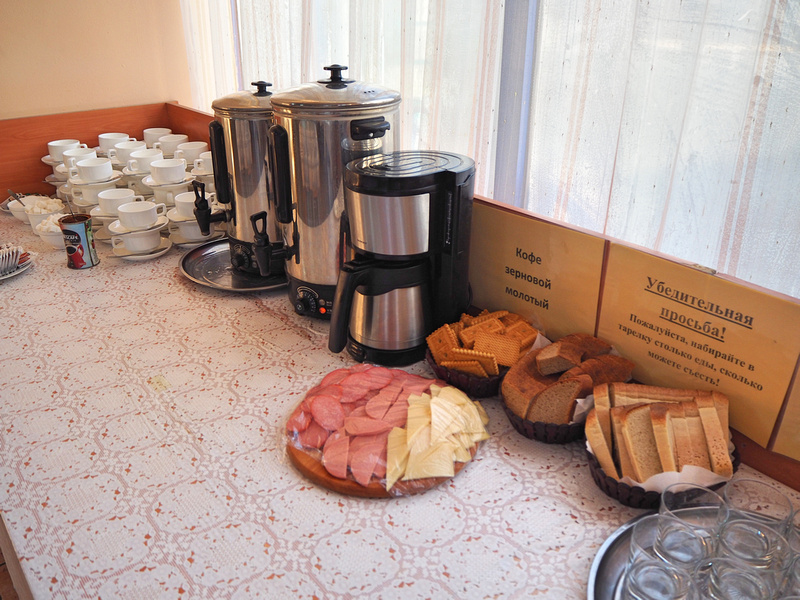 The hotel is opposite the Green Market, which is easy enough to spot by the big green building. I only had an afternoon here as my flight was changed, but I was able to walk around the main sites of the city from here. 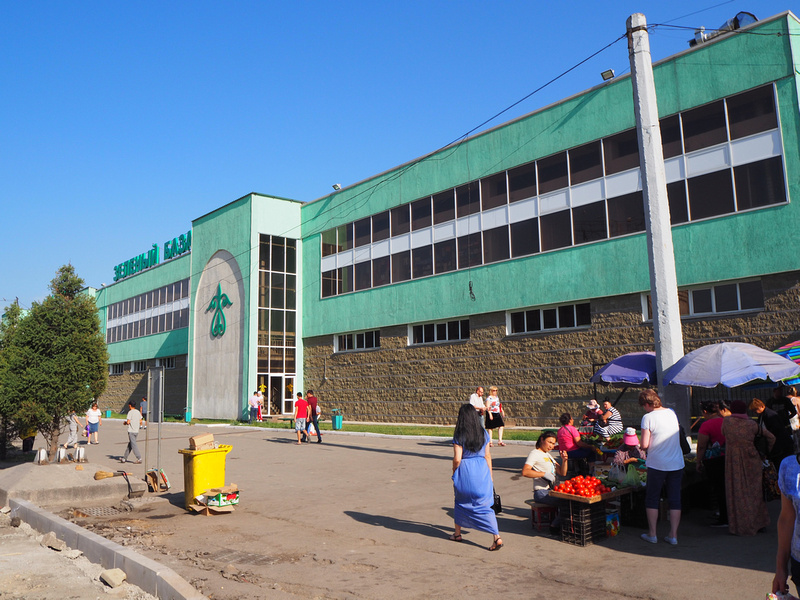 Overall this was a good choice for a budget hotel in Almaty. Book the Turkestan Hotel online or search for more hotels in Almaty.