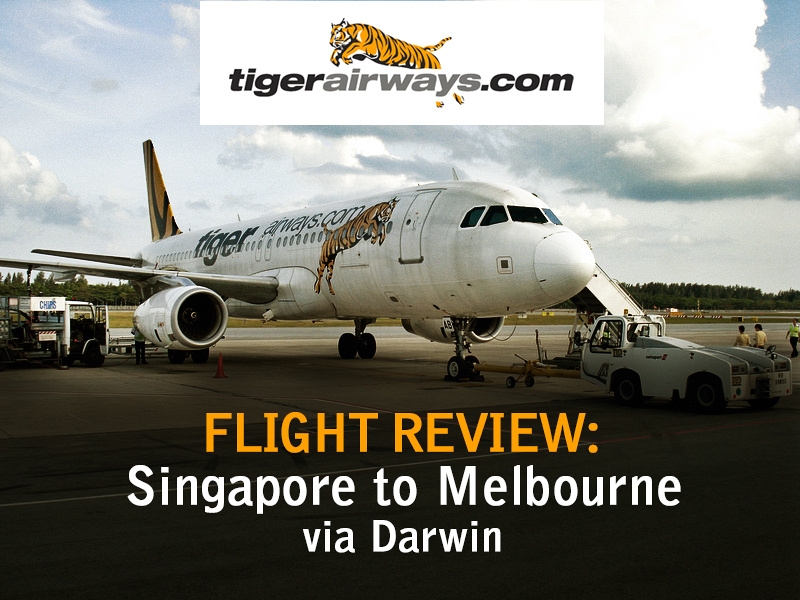 Tiger Airways fly from Singapore to Melbourne via Darwin. The flight is with Tiger Airways and Tiger Airways Australia on separate aircraft. Unlike other low cost airlines Tiger facilitate the booking of these separate flight segments in the one booking.

I compared flights and this Tiger was the cheapest flight from Singapore to Melbourne.

Go to Flight Combo on the Tiger Airways website and you can book two segments in one go. It is important to note that this is two separate flights so your bags are not checked through to the final destination.

Another good feature of the Tiger Airways booking procedure is that you can pick your seat when you book your flight. Oh how I loath the mad scramble for a seat that occurs on low cost airline flights with unallocated seats. 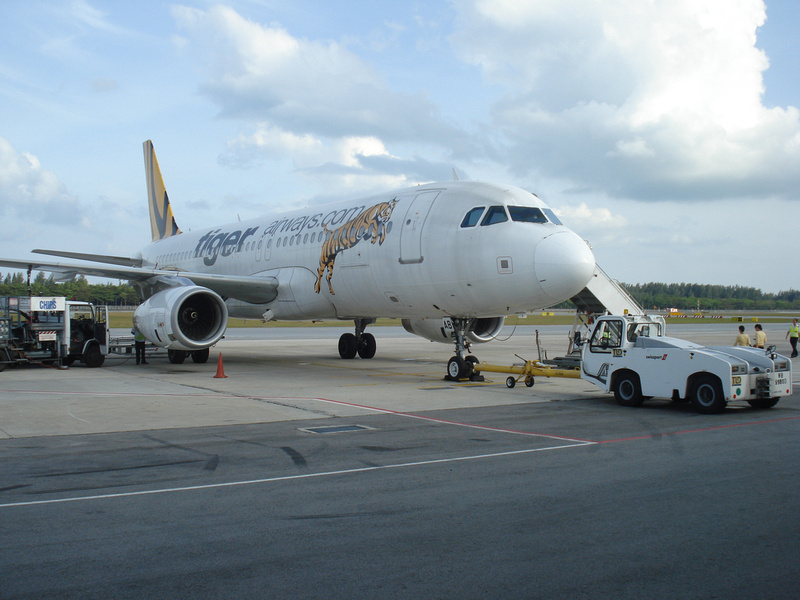 The entire Tiger Airways fleet consists of Airbus A320 aircraft, thus Tiger only fly within a five-hour radius around Singapore. The flight time from Singapore to Darwin is approximately 4 hours 20 minutes.

As Tiger Airways is a bare minimum no frills airline the onus is on you to keep yourself entertained. There is no TV entertainment and no complimentary meal and drink service. 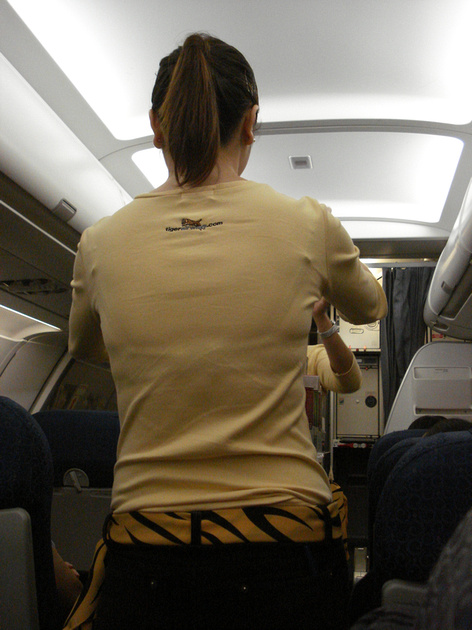 In Darwin you must claim your bags and clear Australian customs. Then you must check in again for the Tiger Airways Australia flight from Darwin to Melbourne. Darwin Airport is small enough to make this a simple transfer and there is about 2 hours between the Singapore arrival and the Melbourne departure.

With a population of just over 110,000 people Darwin is a small capital city, even by Australian standards. When you look at a map though of Australia and Southeast Asia Darwin is well situated to be a major hub of air traffic between Australia and Asia.

The second leg of this flight is with Tiger Airways Australia. Flight time from Darwin to Melbourne is just over 4 hours, leaving Darwin at 2.20am and arriving at Melbourne Tullamarine at 8am. I always forget what a big and empty continent Australia is. Asia seems so far away and exotic to us Aussies. Exotic certainly, but Darwin is much closer to many Asian cities than most other Australian capitals.

Like the flight from Singapore this is a no frills service. Drinks and snacks are available to purchase. Here is a price sample (in Australian Dollars):

At the moment Tiger Airways Australia only operate in and out of their Melbourne base. They are scouting around for new Australian hubs which should be known sometime in 2008. 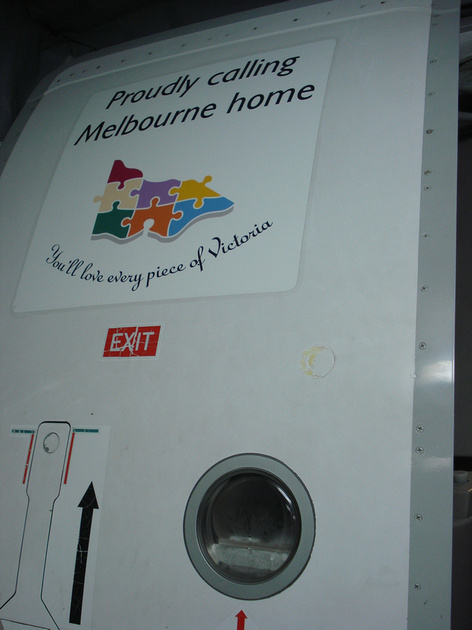