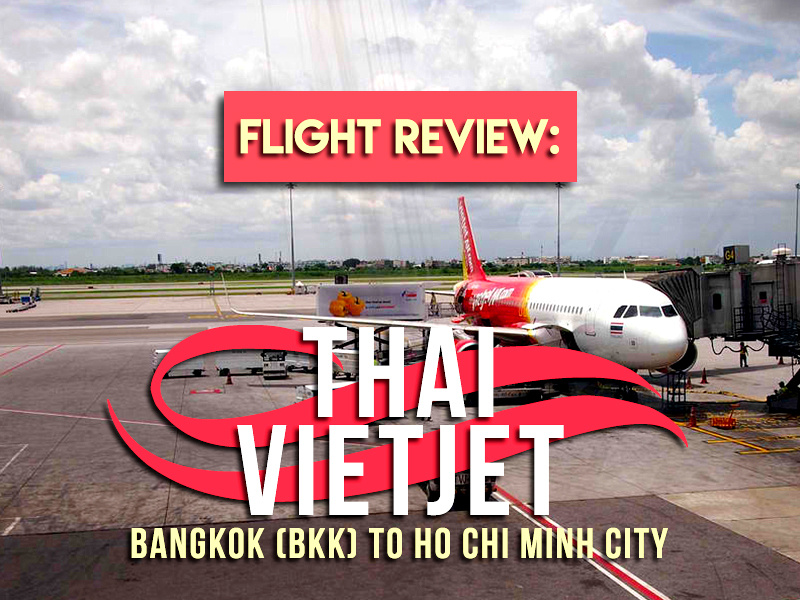 I flew with Vietjet Air from Bangkok to Ho Chi Minh City. I’ve flown this route several times but I still like to compare flights with Skyscanner to see the best deals and times.

I picked Vietjet as I prefer to fly out of Suvarnabhumi (BKK) over the other Bangkok airport, Don Muang (DMK). There was only a few dollars difference between the cheapest flights, so flying out of BKK was the main reason I picked this flight.

Vietjet are a low cost airline from Vietnam and I have flown with them a few times now. My last flight was earlier in the year from Saigon to Hanoi. despite the airline being relatively new, the booking site looks like from the early 2000’s and is prone to time out and make you start again. I’m surprised there is still no facility to create a user profile, as filling in the same details every time is tedious. 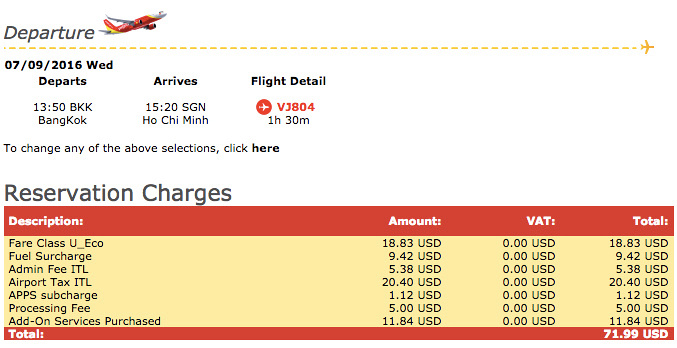 The airline has some big expansion plans, one of which is to operate domestic flights in Thailand as Thai Vietjet. This is similar to what AirAsia do, where they have a separate entity for Malaysia, Thailand, and Indonesia (and others) so they can legally operate in the country. They are still the same brand but operate with different flight codes.

While it is good that they are expanding (especially if it means more cheap flight options from Saigon), I find it odd that they would use the Vietjet brand for domestic Thai flights. What would someone think about flying from Phuket to Chiang Rai on a Vietnamese-branded airline?

As for the different flight numbers, when I booked my flight number was VJ 804. Then a few days before my flight I got an email saying my flight is now VZ 8804 (VZ being the code for Thai Vietjet). Both flight numbers were still listed at the airport, as you can see from this example of a Hanoi and Ho Chi Minh City flight on the departure board.

I like flying out of BKK as it’s a more aesthetically pleasing airport than DMK. 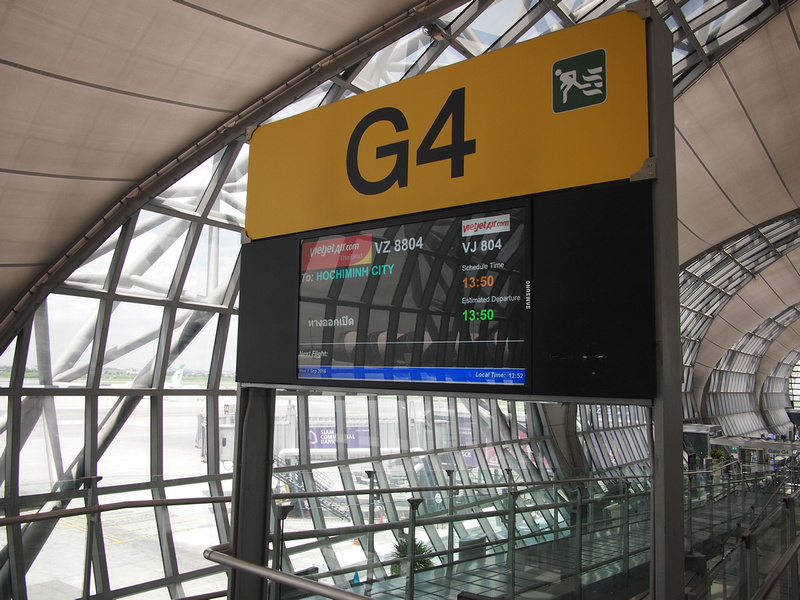 When the aircraft arrived I could see that “Thailand” was now added under “VietJet Air.com” on the tail, and a Thailand flag now flies under the cockpit windows. apart from that it still looked like a regular VietJet Air flight. 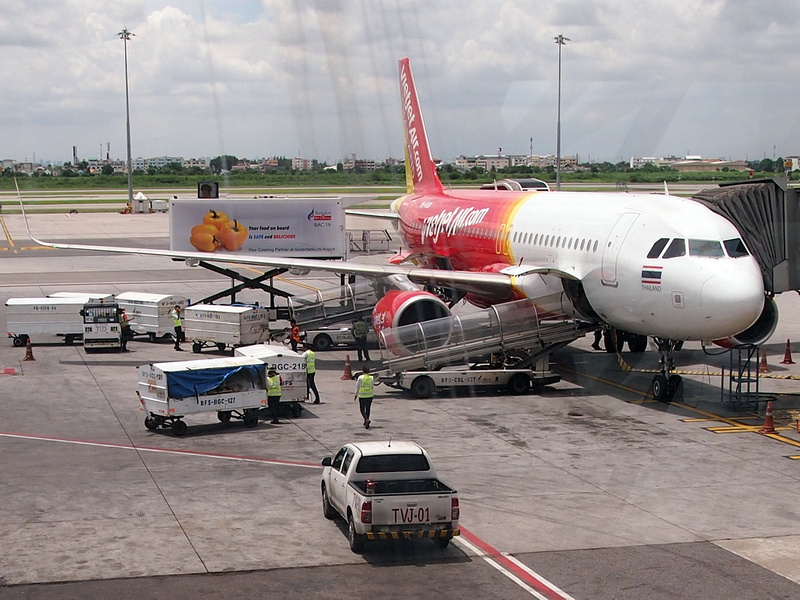 The inflight magazine is still the same as the Vietnam one. I wonder if they will roll out a Thai version? 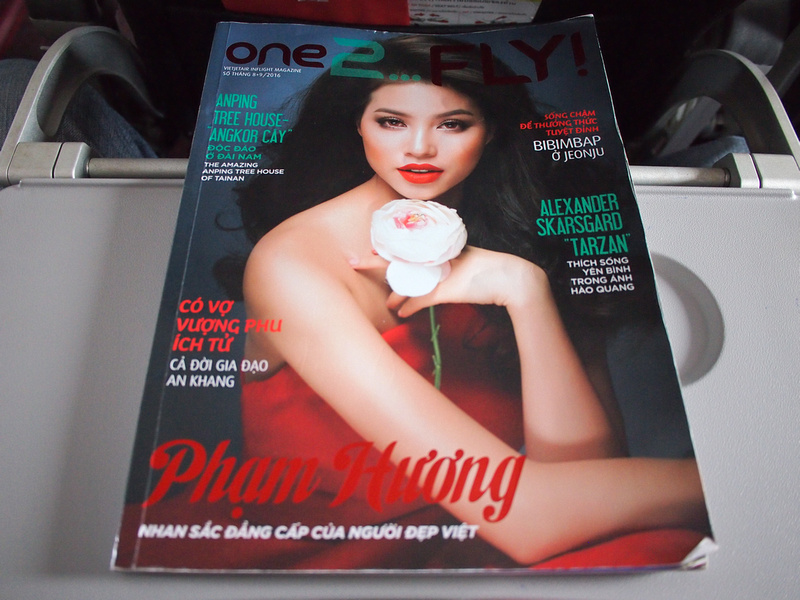 I always look for the route map in the inflight magazine, and the one here is a confusing mess. 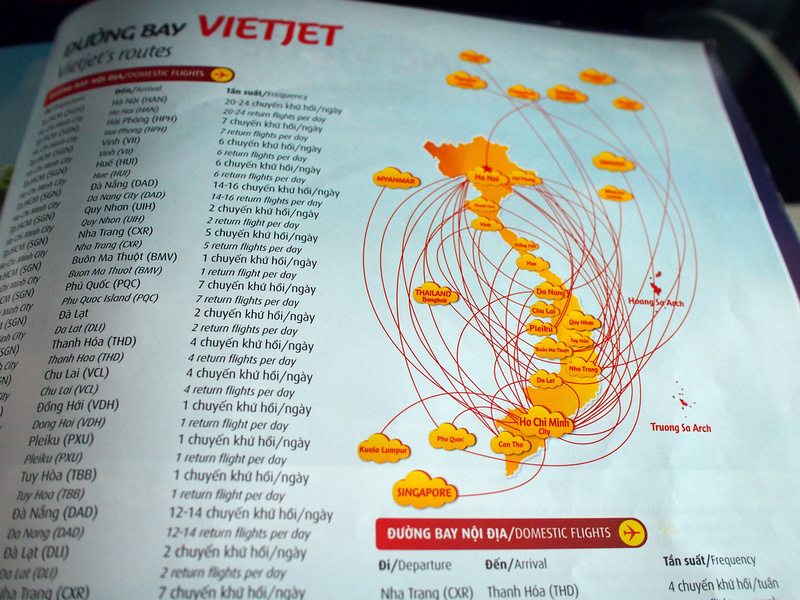 as a low cost airline there is no meal service, though drinks and food are available for purchase. They did have an updated menu with prices in Thai baht. 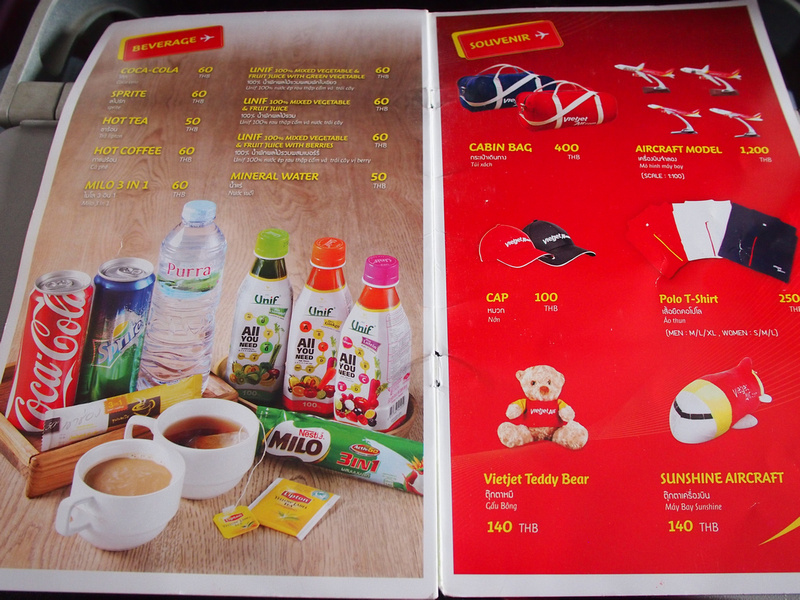 The flying time is about 90 minutes so I didn’t really need to eat. I got a lotus rice meal which was 60 THB ($1.75) which is one of the cheapest airline meals you’ll find anywhere. 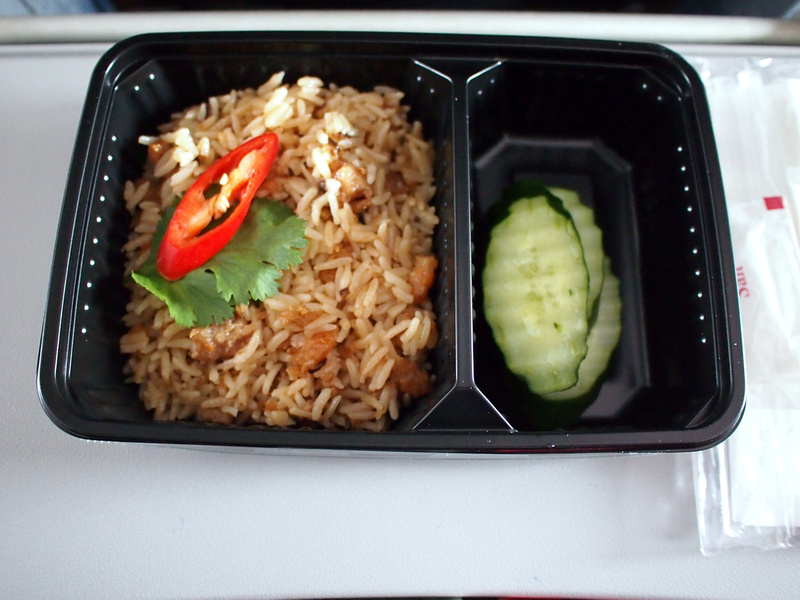 Vietjet Air often play this song when the flight lands in Vietnam.

Hello Vietnam is sung by an overseas Vietnamese woman who dreams about visiting the homeland of her ancestry. It’s a bit sentimental but it makes you want to visit Vietnam, which is just as well because you have just landed in Vietnam.