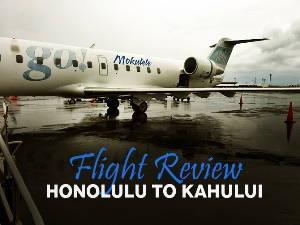 Airline: go! Mokulele From: Honolulu, Oahu (HNL) To: Kahului, Maui (OGG) [Edit: Mesa Air Group discontinued the “go! Mokulele” brand later in 2011.] Booking my Hawaiian inter-island flight from Oahu to Maui, I discovered there isn’t a lot of choice. Two airlines were offering the route from Honolulu to Kahului – Hawaiian Airlines and go! […]