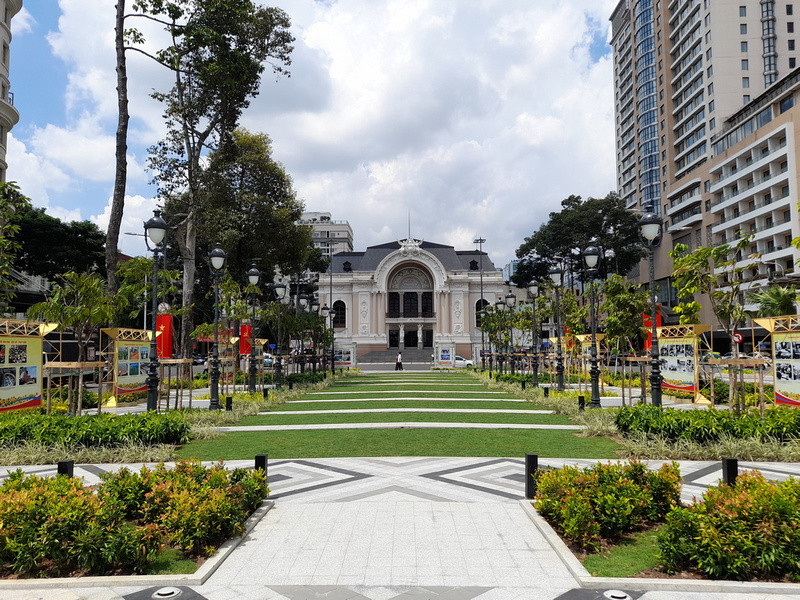 Subscribe to my weekly travel newsletter for more updates not featured on the blog, which includes a round up of the best travel reads of the week.

Where I’ve been (or not)

The month began in Saigon and it was a month of no travel, again. This was the second month this year I didn’t travel, and like in April I just tried to make the most of it by working.

After the new Covid-19 outbreak in Danang I lost the desire to travel domestically. Mainly because I didn’t want to end up stranded in a place with a sudden outbreak. Part of Vietnam’s success has been due to fast lockdowns of streets where cases have been reported. Lockdown here involves guarded barriers at the end of the outbreak street. I’m all for this, and if it happens on my street then so be it. For now though I would rather not voluntarily put myself in a lockdown situation. 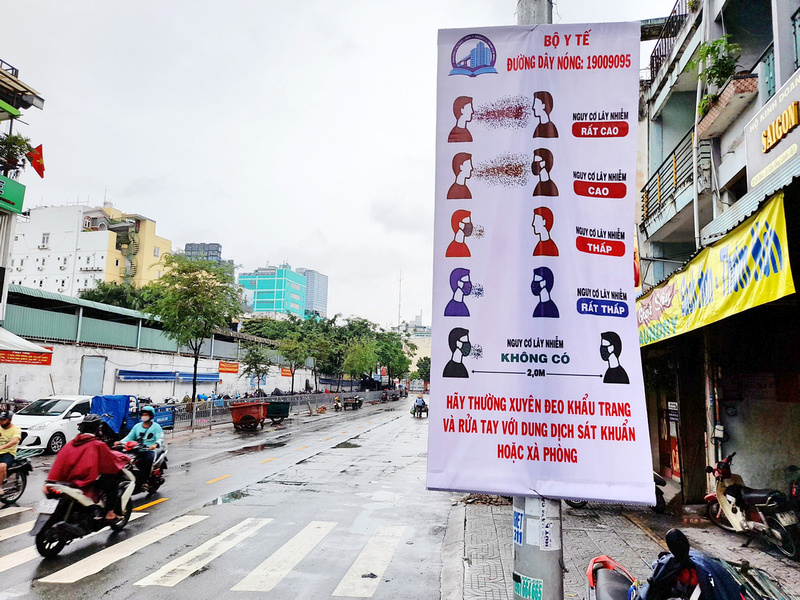 I’m still impressed with how Vietnam has handled this situation. On Facebook I follow @updatedcovidinfo, which is updated daily with new cases and their travel history.

Everyone started wearing masks before it became mandatory again, and those who don’t get fined. 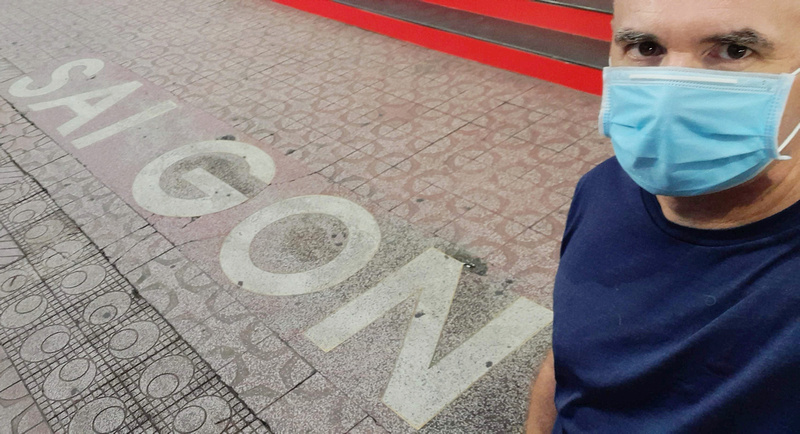 I’ve been following the plight of other countries and wondering if any travel channels will form. Thailand has now become the leading country in Southeast Asia in containing the virus, with no local outbreaks for months.

Meanwhile New Zealand went past Vietnam’s previous 99 day record with no outbreaks, before getting it again after 102 days. In both countries the cause of the new outbreaks remain a mystery, so maybe it’s not going to be possible to make a land truly free of Covid-19. 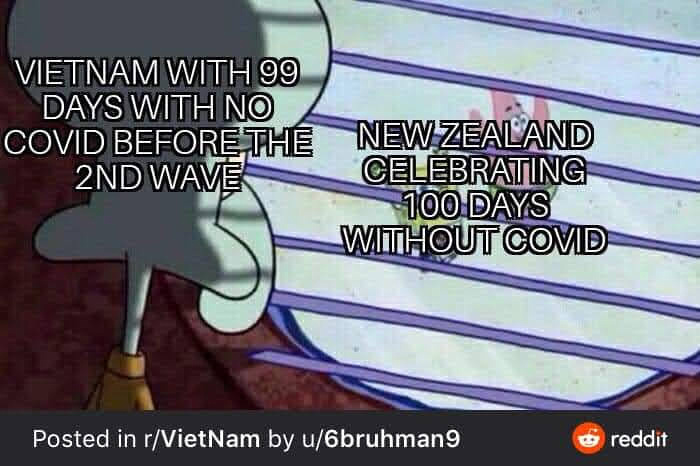 And of course I’ve been following the plight of my official home city of Melbourne, which has been in a strict lockdown for the last month. Stay strong my Melbourne friends!

Australia is also not letting Australians out of Australia, so I’m glad I’m not stranded there. 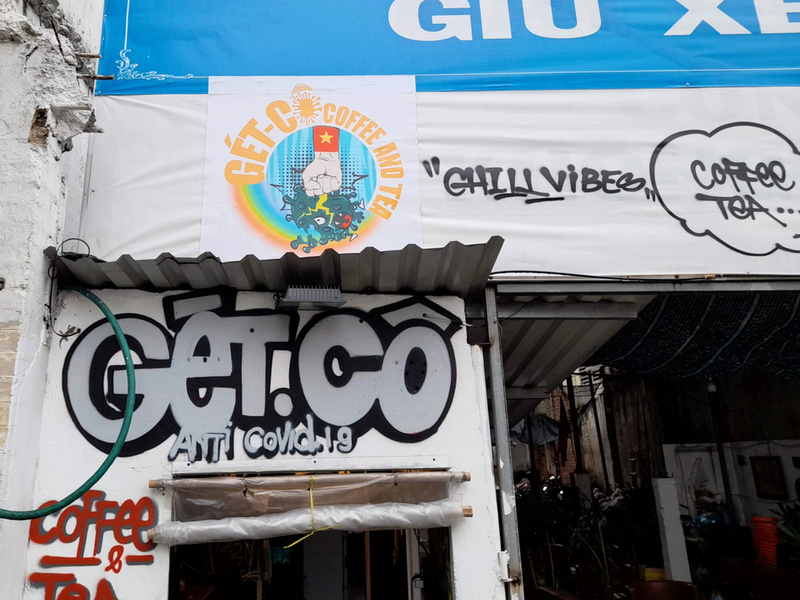 At least this month we could still go out, unlike our friends in Danang. I visited the sites of the new metro and posted a metro construction report.

I’ve also been making a point of visiting new restaurants and cafes to add some variety while I am spending more time here.

Another day, another new cafe in Thao Dien. So new that they still have the opening flowers outside. They have a cafe in District 1 as well, but this one is a completely different style. Great coffee, and a gentle reminder when I logged in that we're all gonna die, eventually. Perhaps it's a subconscious reminder that life is short so don't drink bad coffee.

While being grounded this month I realised that I’m usually travelling in the month of August. This is now the middle of the rainy season in Southern Vietnam, and I try to align my travels for optimal weather by going somewhere drier.

I don’t mind the rainy season, especially as someone who doesn’t have to commute. A typical day is for clear sunny skies in the morning with some rain in the afternoon. Those ordinary rainy season days are perfect.

This rainy season has been fine weather for ducks.

Of course there are the those extraordinary rainy season days which have you cursing for being here. One night I went out for dinner thinking it will be ok. I brought my umbrella just in case as I wanted to go for my evening walk. It started raining heavily so I took refuge in a coconut ice cream shop (there are worse places).

After half an hour of solid rain I realised that parts of the city were going to flood. I started walking home and already there were streets that had turned into streams. 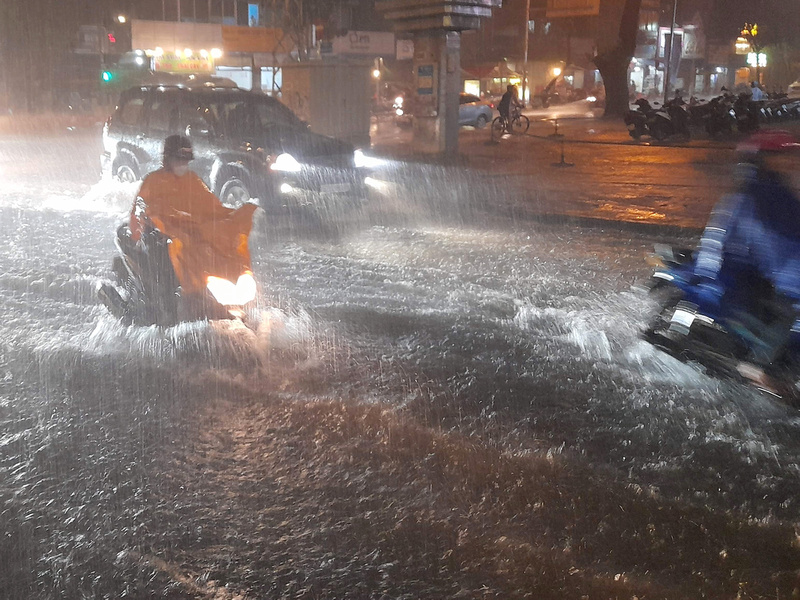 By the time I got to my alley it was already up to my calves and the ground floor of my house was flooded. I live upstairs at least, but my landlord’s family had a muddy mess to clean up the next day. It was the heaviest downpour since 1984. By the end of August it appeared that Vietnam had contained the outbreak from spreading further from Danang, so I will plan some domestic travels again. There are worse places to be stuck. 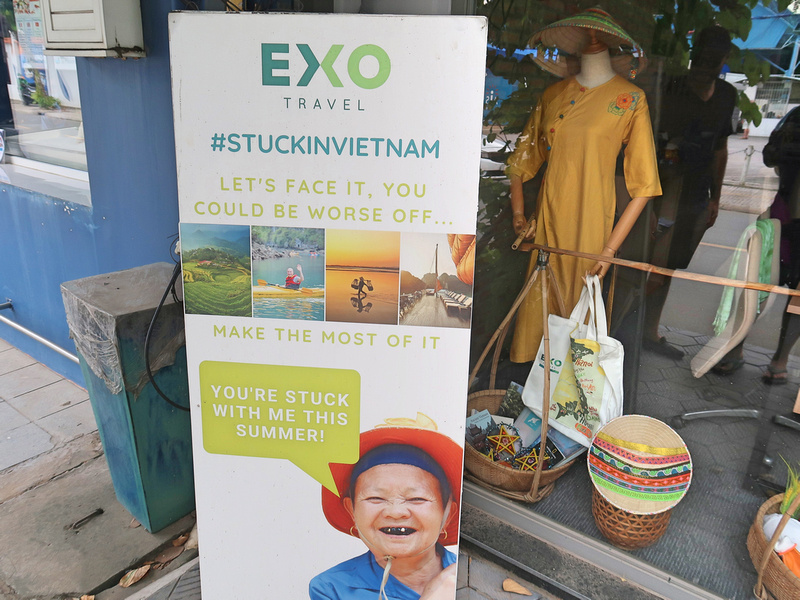 I’ve nearly caught up with blogs of my previous months of travel.