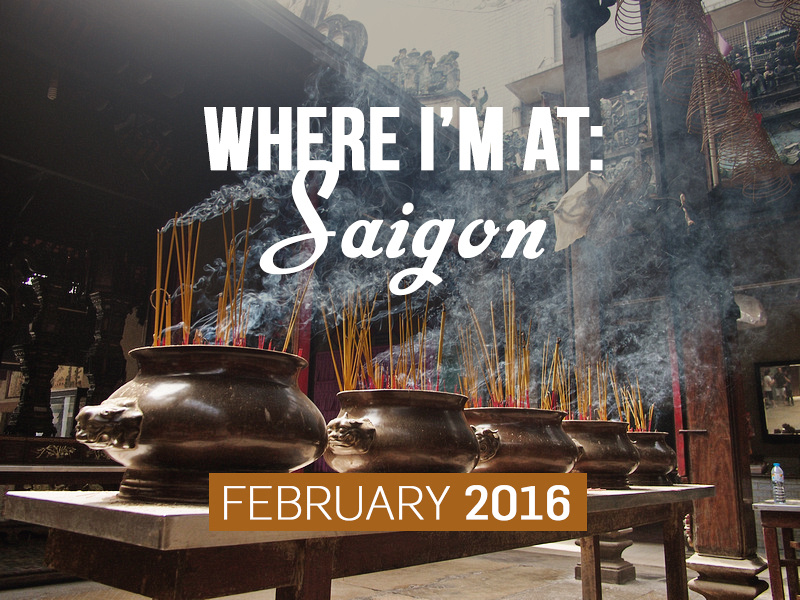 Greetings from Saigon and another edition of Where I’m At; a monthly update of what I’ve been up to, site news, and where I’m going next.

I’m still on my single-entry Vietnam Visa so I spent the month in Ho Chi Minh City and Hanoi. 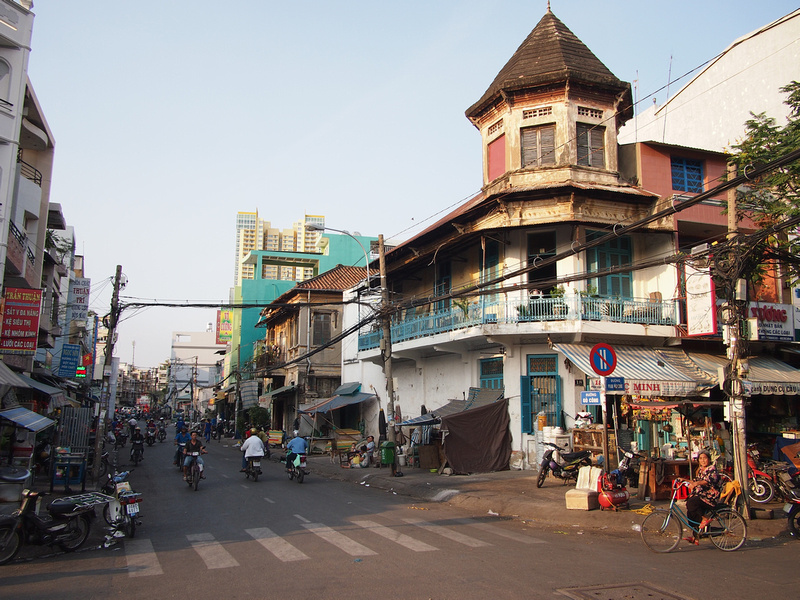 Like the month before, I started the month in Saigon where I have enjoyed my time here to work.

I’ve been exploring more of Cholon, which is the old Chinatown area to the west of central Saigon. It used to be a city unto itself, until both cities merged into one enormous mass of chaos that you see today. A blog post will be coming soon.

There has been lots of eating as well, as you do in Saigon. Luckily I live on the same street as a friend who doesn’t mind me taking photos of food, as his lens is usually in his own bowl of soup. 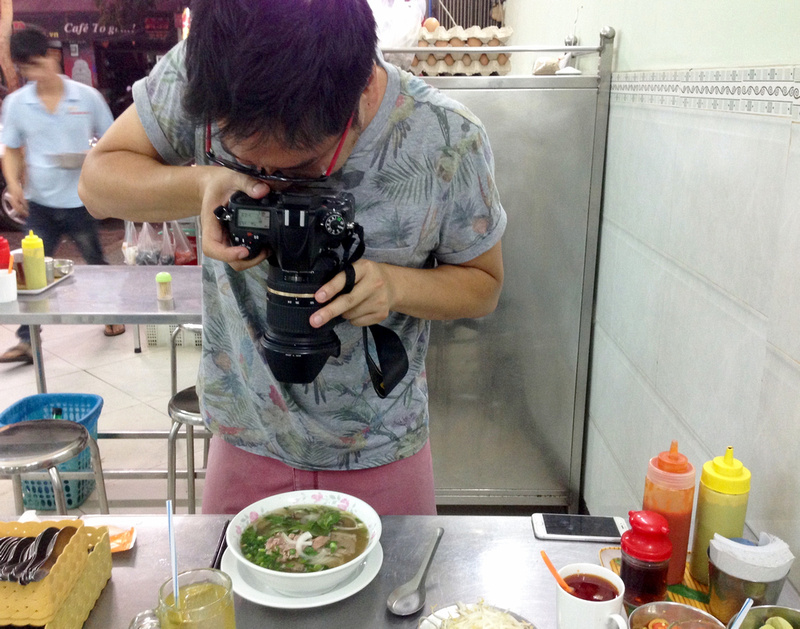 And of course I have been hanging out in many cafes over the last month, so an updated Saigon cafes list is due soon. 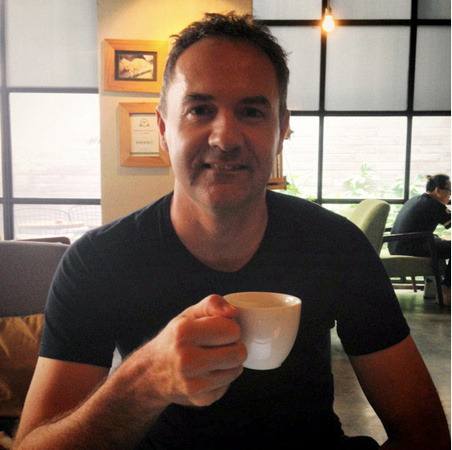 [A lightbulb moment with Jesse Lawler.]

I had a major laptop drama, which was lucky that it happened in a city and not on a remote island. I dropped my laptop and killed the hard drive (or SSD to be precise). When it hit the ground I thought “that didn’t sound good”. I nervously opened it up and sure enough it was dead. I Googled the recovery process on my iPhone but it was clear after a few attempts that it was gone.

Fortunately I have a data backup plan so I didn’t feel panicked at any point. I was even thinking that this might be a good excuse to go laptop shopping, which I did do. I found a shop that sells new Macbooks at competitive prices, but in the end I opted to get a new SSD. 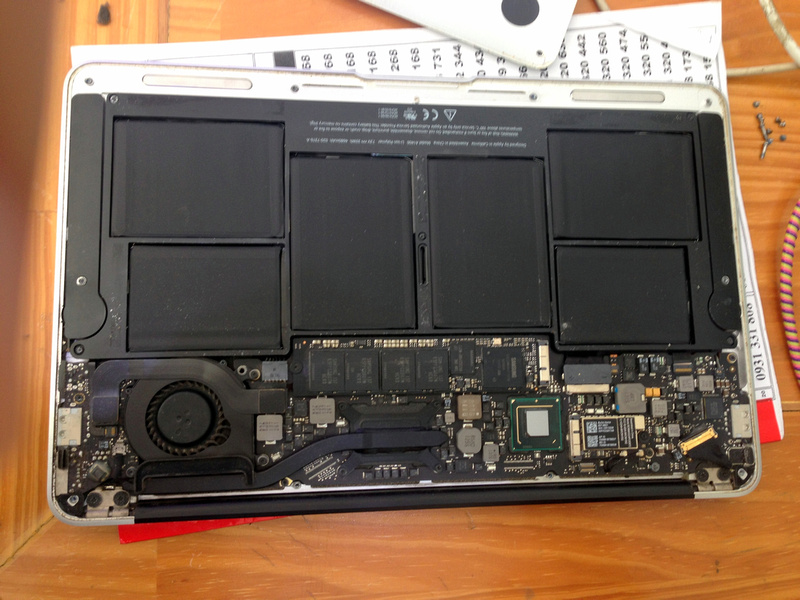 [Not the view I want to see of my laptop.]

My laptop now has twice the hard drive space, so it was like getting a new computer. I’ve now had my Macbook Air 11″ for 3.5 years and it is still going strong.

Once my laptop was working again I downloaded iDrive and was relieved to see that all of my files were saved. I had even opted to save items from my desktop, so my messy desktop with things I was working on the day before was backed up. Phew!

Same thing for Google. I downloaded Chrome and logged in, and all my settings and bookmarks were still there. I lost most of the day with leaving my laptop at a repair centre for a few hours, and then setting up the laptop again, but overall that inconvenience was nothing compared to losing all my data.

They say that if you can’t afford travel insurance you can’t afford to travel. The same should apply to data insurance. Before you travel get a backup plan in place (and backup somewhere with decent internet as it is a slow process). 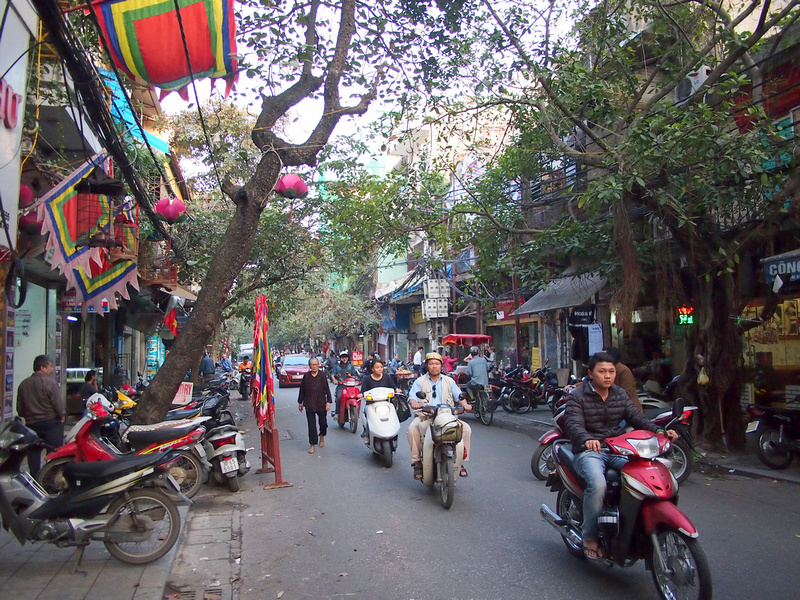 On this three month stay in Vietnam I said that I would go somewhere at least once a month, because last time I didn’t leave Saigon for the whole three months. I had an English friend who was visiting for two weeks and I recommended that he should go to Hanoi, and I ended up going as well. I love visiting Hanoi so that was an easy decision to make.

I found a cheap flight to Hanoi for $50USD, which is a good deal considering that it’s a 2 hour flight and I booked it less than a week in advance.

The Hanoi airport is about 40km from the city and taxis cost about 350,000 to 400,000 VND. There is also a minivan service which only costs 40,000 VND, which departs from outside arrivals and makes a few stops in the old city, and you can be asked to be dropped off somewhere along the way.

I forget how fascinating the old city is with its tree-lined streets and commercial enterprises spilling out onto the footpaths. It’s not my favourite time of year to go but we lucked out with the weather with it being reasonably mild for winter in Hanoi.

I’ve already seen the main tourist attractions, and my friend was happy to go wandering the streets while I made notes for an updated Hanoi cafes list. It was perfect cafe weather while we were there, which reminded me that Hanoi is a great place to go and write a book if you were looking for a place.

This was my third visit to Hanoi and I still manage to get lost in the old city. A number of times I was walking opposite to where I was meant to be going.

My pre-trip research involved bookmarking street food eats and new cafes. A style of coffee that you don’t see in Saigon is yogurt coffee. It’s like having a caffeinated breakfast meal and I’m surprised that cafes around the world haven’t taken this idea yet. 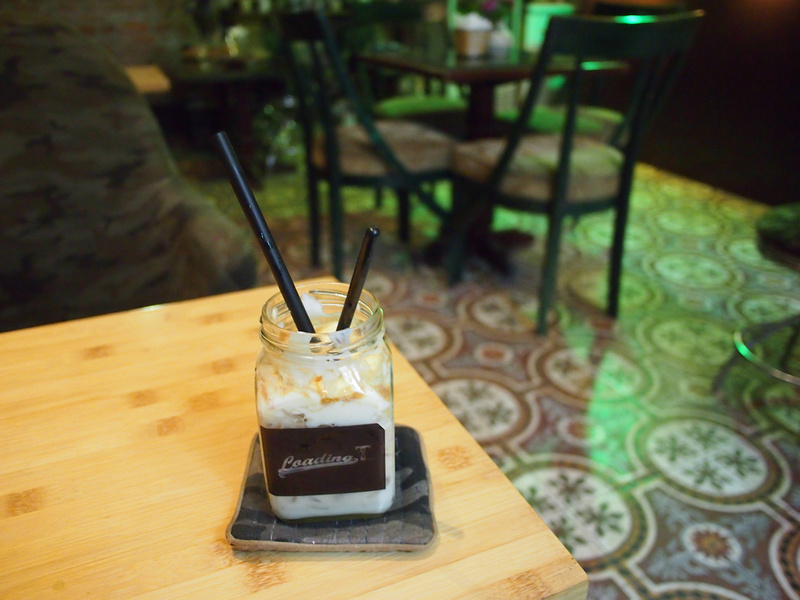 My three month Vietnam visa expires this month (already!) so it’s time to move along. I will be going to Cambodia next, travelling by bus from Saigon to Phnom Penh. I have never to Battambang so I will go there on the way to Thailand at the end of the month.

I’ve updated the Travel Books page and it is now the Top 200 Travel Books – an epic list of the best travel books (according to an aggregation of top book lists and most reviews). It was fun to put this list together as I discovered lots of old books that have been overlooked on recent top travel book lists. 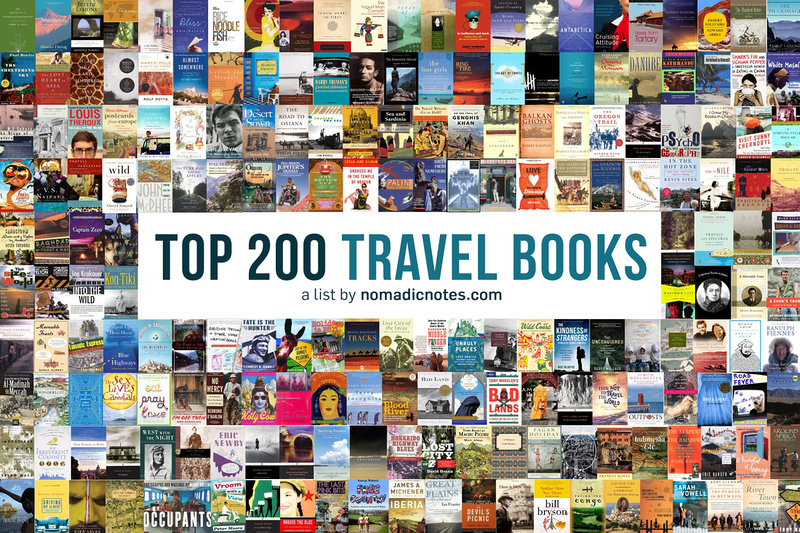 After compiling such a monster book list I’ve now turned my attention to working my way through the books I haven’t read on the list.

As I am in Vietnam now I picked Catfish and Mandala. The books is by Andrew X. Pham, who was born in Vietnam and raised in California. After his sister committed suicide he quit his job to travel to the world, which leads him back to his homeland.