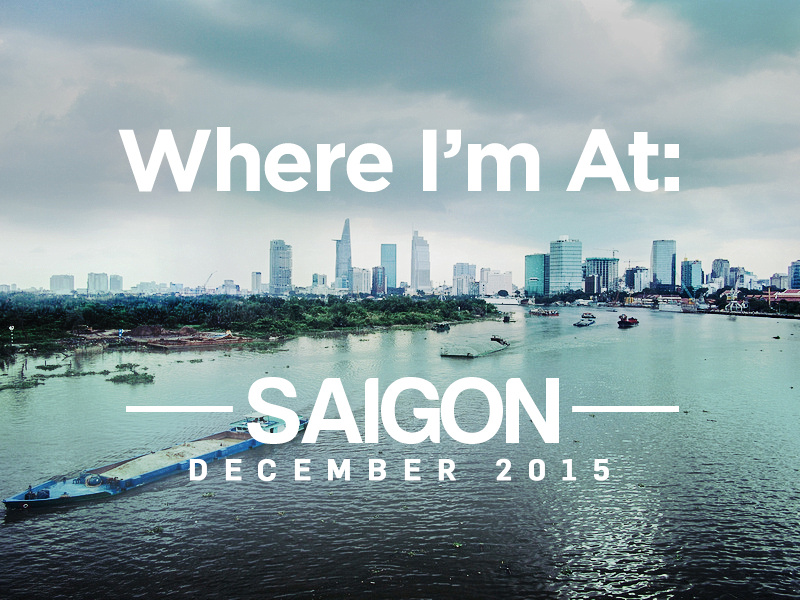 [Where I’m At is a monthly update of what I’ve been up to, site news, and where I’m going next.]

Greetings from Saigon. I was last here in June and it’s great to be back in my nominal home base. After months of travel and a month of health issues it’s good to be somewhere familiar for a few months.

After extending my stay in Thailand I spent most of last month in Chiang Mai. Traditionally Chiang Mai is a productive city for me. It’s a place I go to get work done and I was looking forward to a solid work month. Unfortunately I put my back out while I was there which left me bed-ridden for a week, and at least another week to walk comfortably.

I’ve had lower back problems for years (hell, decades now!) but it is a manageable problem. Every few years though I put my back out of place that leaves me in pain for a week. The last time this happened was in 2013 when I was in Panajachel at Lake Atitlan, Guatemala. I was planning on spending 10 days exploring the lakes villages and climbing volcanoes. Instead I was confined to my guesthouse most of the time.

The worst thing about that was that I didn’t know anyone there. At least in Chiang Mai I had friends around who came to the rescue with food, smoothies, and bag-moving services. It’s a horrible feeling to be sick in a city where you don’t know anyone, so at least I had that.

The first few days I could barely walk down the street. I had a flight booked for Bangkok, a bike ride planned with a friend, and then an onward flight to Saigon. I had to book two new flights and cancel the bike ride (sorry, Greg!).

Thankfully after taking it easy for a week I started to get some mobility back. 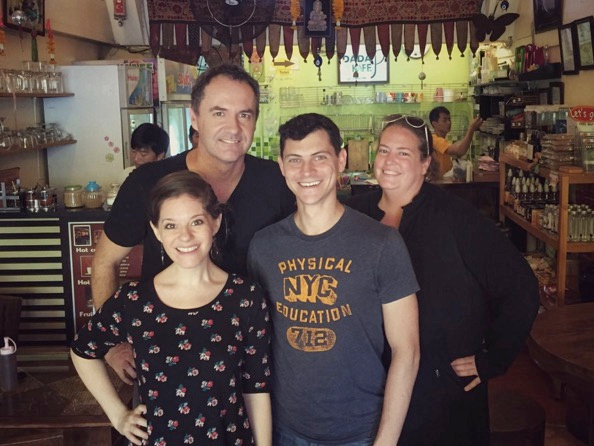 [On a day I was mobile again, with food delivery friends Jodi, Matt, and Pam (photo by @legalnomads).]

I was nervous for flying to Bangkok as sitting down was still a pain, but I managed to get myself to the airport. Getting the train to Bangkok wasn’t an option either. I was still wearing a back brace at this point, and I was glad to have a wheelie backpack and not carry anything on my back.

I was staying near Sukhumvit Soi 38, which is home to a great night food market. Sadly the market is closing down in February so I met my friends Kevin and Peung there two nights in a row. 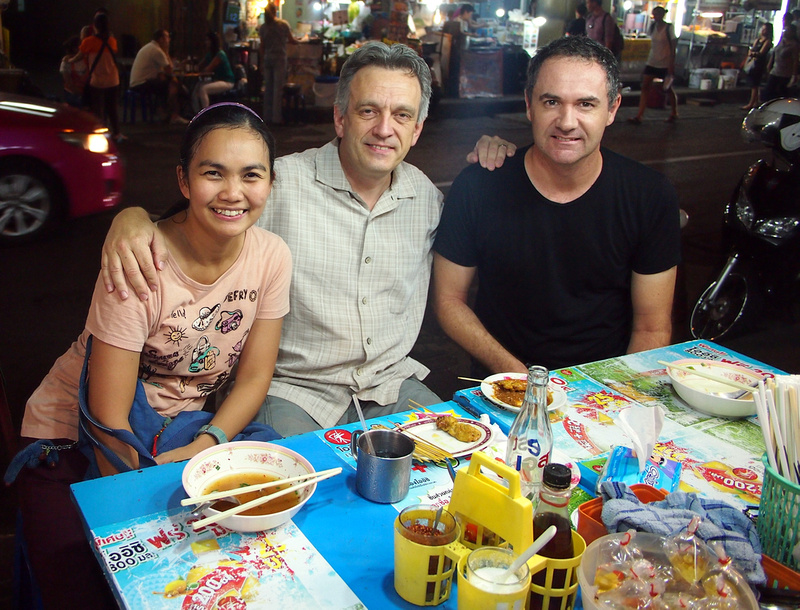 I got back to Saigon and spent the first night in the backpacker area while looking for a new apartment. I found a place to stay on my first day back, in the same building I was in last time I was here. I had left a bag of stuff there so getting set up again took less than a day.

I’ve since been revisiting all my favourite food places and checking out new cafes to work from. Last weekend I went for my first big walk in a month, so I feel confident that my back is somewhat back to normal! 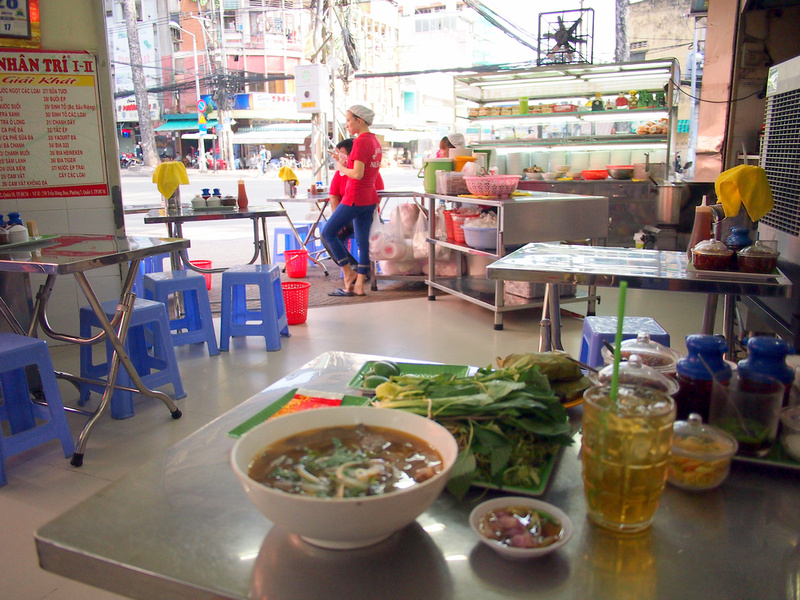 [A new bun bo hue place I found on my wanders.]

Whenever I get a three month visa for Vietnam there is the option of a multiple entry or single entry. It’s always a gamble for me which one to get, because I never know if I’ll be going on a trip outside Vietnam in that time. I’ve settled with getting a single entry this time and I will focus on doing a domestic trip once a month.