I stayed at the OYO Belgravia Rooms in London. I booked it online at the rate of £47 per night ($59.66 USD) and picked it for its location near Victoria Station. 47 pounds doesn’t get you much in terms of hotel rooms in London, but I was just looking for location.

Ebury Street is a classic inner West London street, and it’s a good spot if you are looking for a quick exit by bus or train. OYO (Oravel Stays Private Limited) is India’s largest hospitality company, specialising in budget hotels. Since founding in 2013 they have grown to locations around the world, including London.

I’ve stayed in countless cheap hotels in the Victoria area over the years, and I have become accustomed to small rooms. This room though was the smallest I’ve ever stayed in. It would be more accurate to describe it as broom-closet sized. Basically there was a single bed in a room, with just enough space to open the door. Beside the bed was enough space for a bedside table, which included tea and coffee gear. There was a TV at the end of the bed, and a little heater next to the door, which I actually needed despite it being May. Fortunately the room had a door that opens out to the back garden. This was good just to have natural light, otherwise it would have been depressing if there was no window. 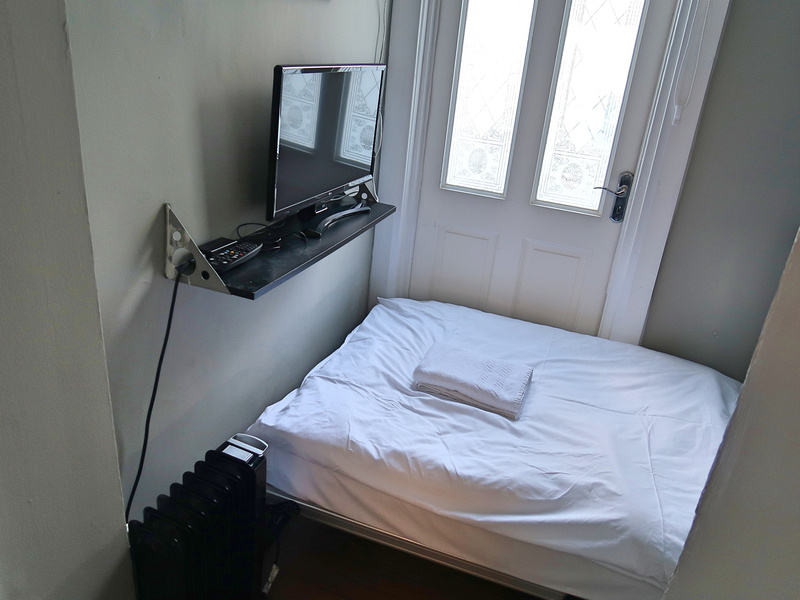 The shared bathroom was bright and spacious, and it was kept in clean order. There is free wifi at the hotel, and I had no problem with the reception. There is no breakfast service.

Overall this was good just as a cheap private bed. While it was a far cry from my last hotel stay in Victoria I had to remind myself that this was better than staying in a hostel, of which I have had too many bad experiences in London. The room was more like a capsule hotel room, except you could stand inside it.

Book the OYO Belgravia Rooms or search for more hotels in London.