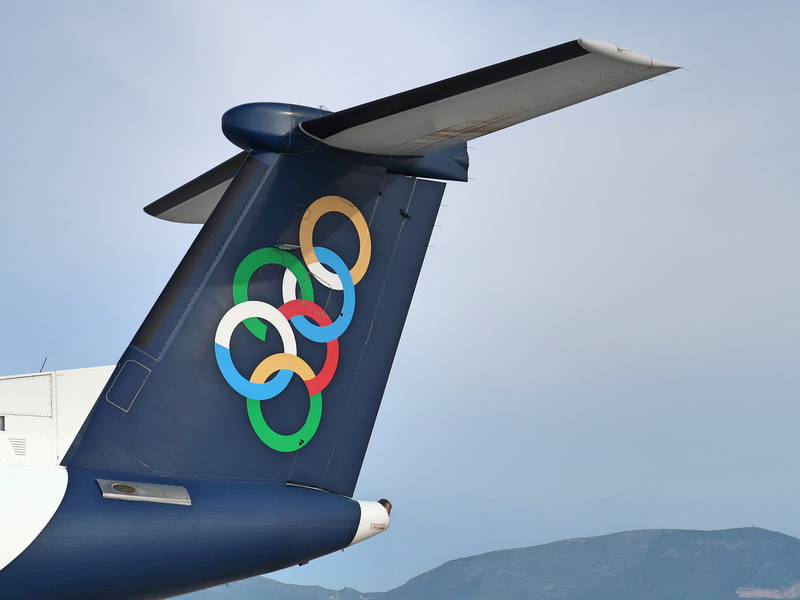 I flew with Olympic Air from Malta to Athens. I booked this flight as part of a European trip I planned where Athens was on a shortlist of destinations. After checking airfare prices with Skyscanner I found a good deal on Olympic Air. There is also a Ryanair flight on the same route, but that leaves late at night. 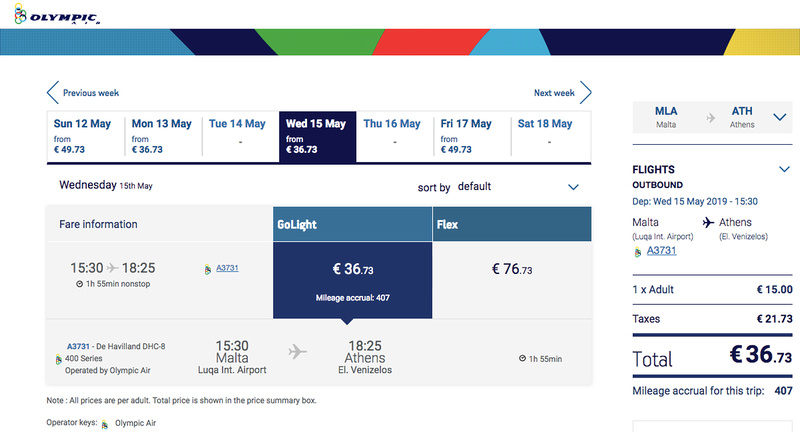 When I searched on Skyscanner it showed the flight as Aegean – operated by Olympic Air. I’m not familiar with airlines in this part of the world so I didn’t realise that Olympic Air was still an airline. I recall that Olympic Airlines went out of business in 2009. The name and logo of the old airline now lives on with a slightly different name and slightly updated airline logo. Olympic Air was then acquired by Aegean Airlines, and by 2014 it was 100% owned by Aegean.

Olympic Air operate domestic flights of the Aegean network using propeller aircraft. It’s a bit like how Singapore Airlines fly to regional destinations under the Silk Air brand even though it is fully owned by Singapore Airlines.

I checked in online so I could get a window seat.

There are also self-service check-in kiosks at Malta Airport. 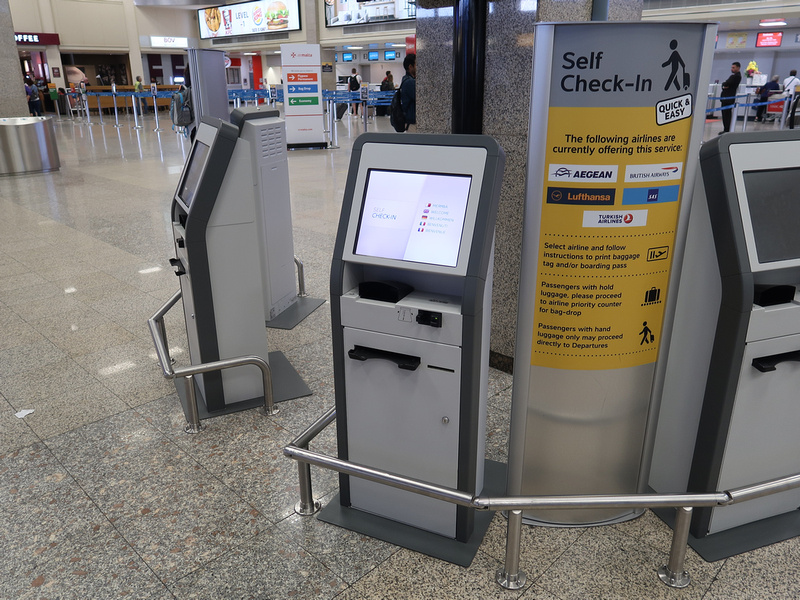 The departure terminal at Malta was crowded, which had me wondering about the airport traffic. The airport has had a 47-per-cent increase in traffic in the last three years. 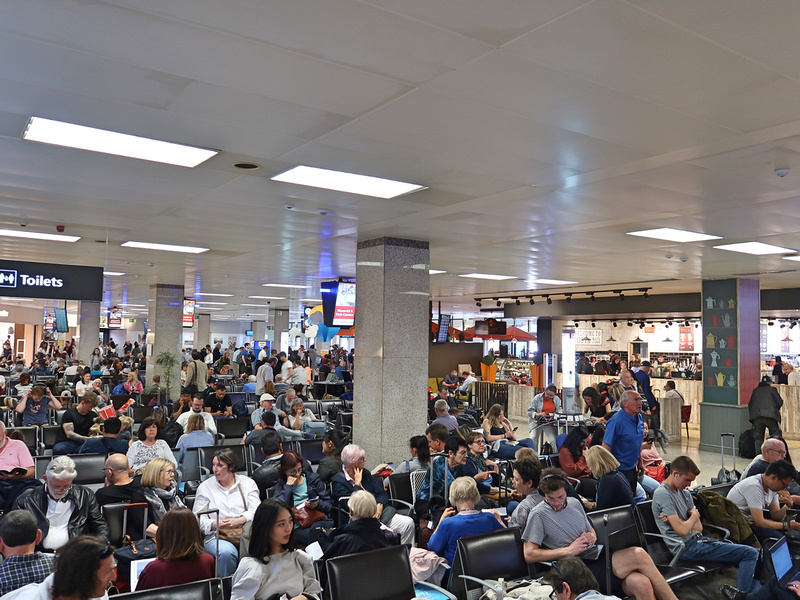 There is no airbridges at Malta Airport, so hopefully that is planned for the new terminal. At the departure gate the flight is branded as Aegean, so I was still unsure what the plane was going to look like. 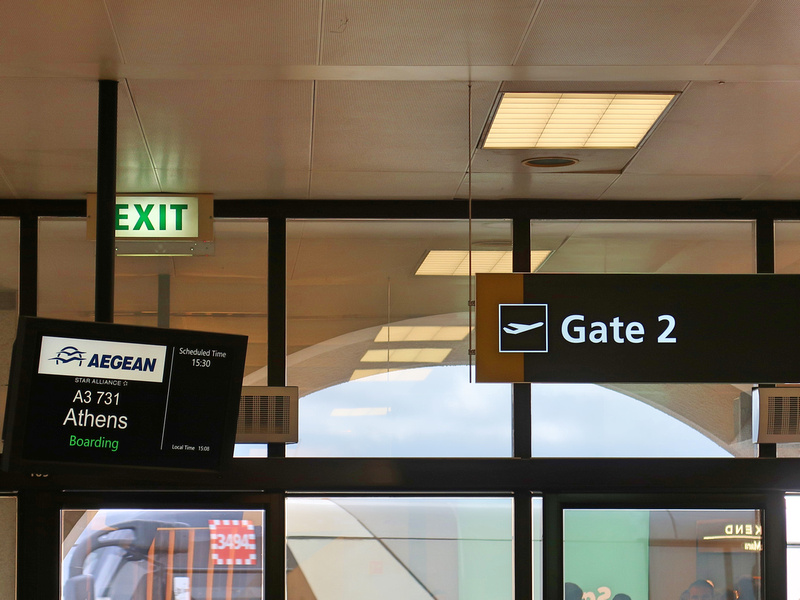 We got bussed to the aircraft, and the aircraft was in Olympic Air livery on a De Havilland (Bombardier) DHC-8-400 Dash 8Q. 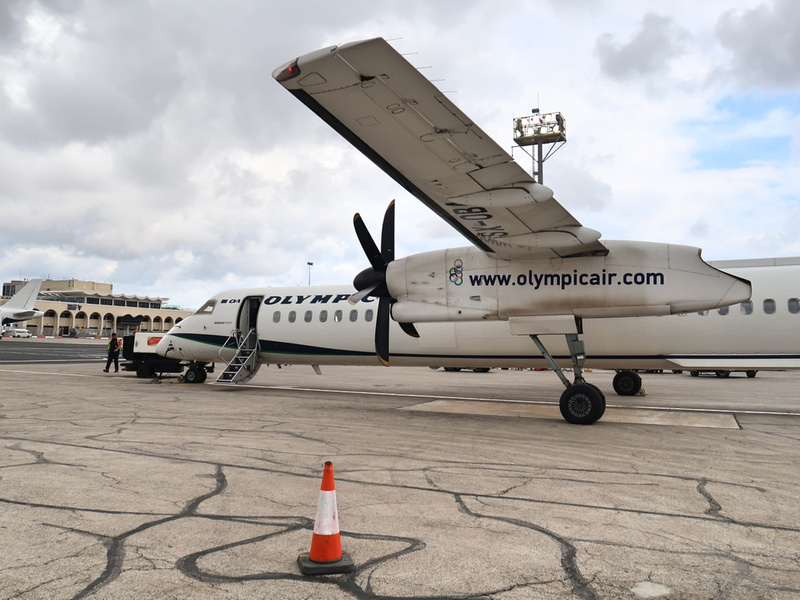 Good legroom onboard this flight. 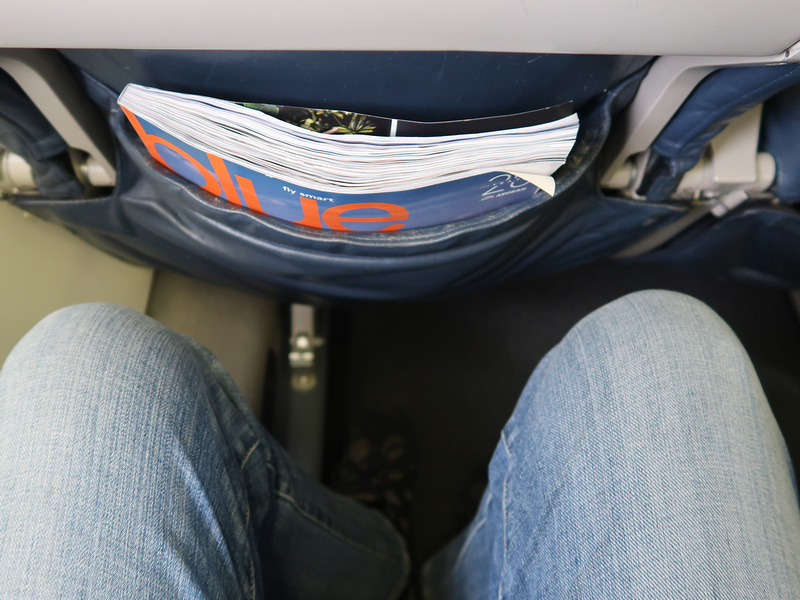 The Dash 8 has enough space for 2×2 seating (no dreaded middle seat). The overhead compartments are very small, so you will struggle to fit a big carry-on bag here. 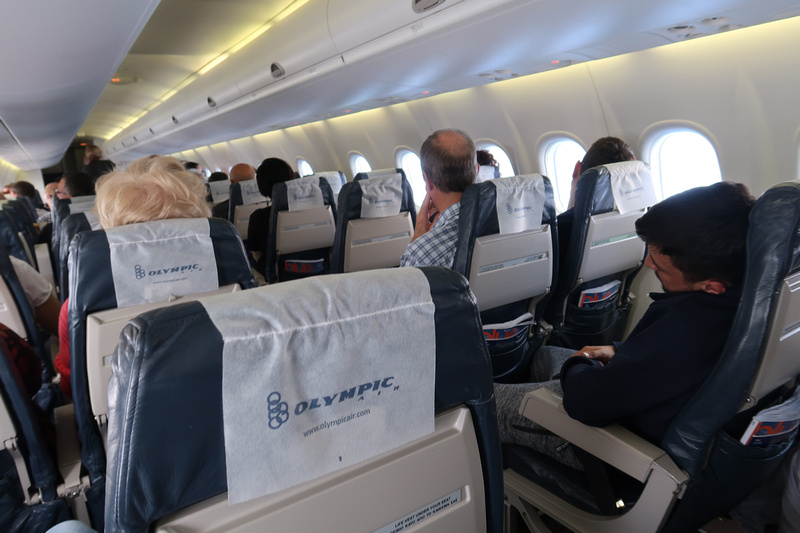 Blue Magazine – the inflight magazine of Aegean and Olympic Air. 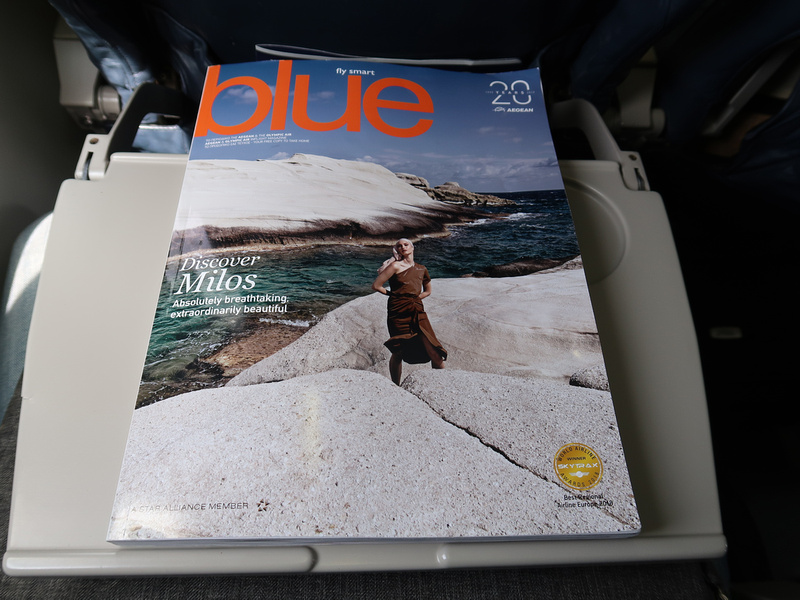 The combined route map of Aegean and Olympic Air. 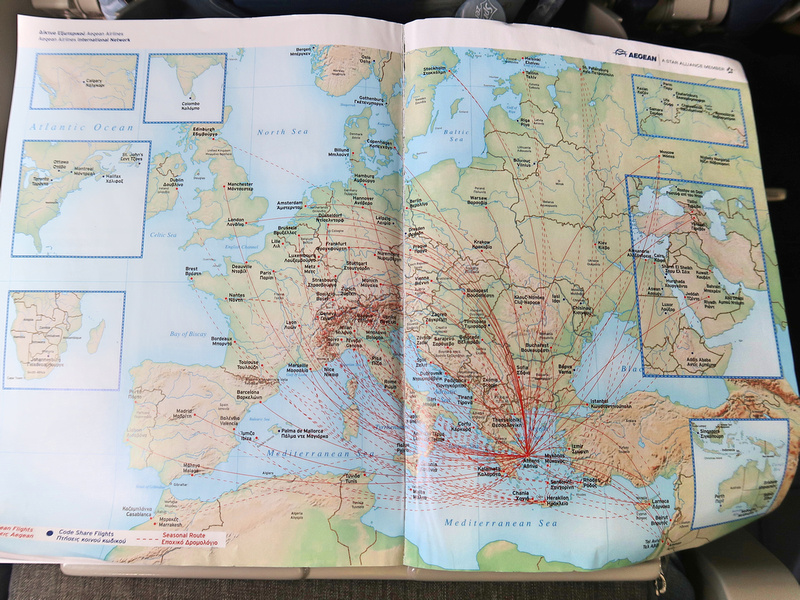 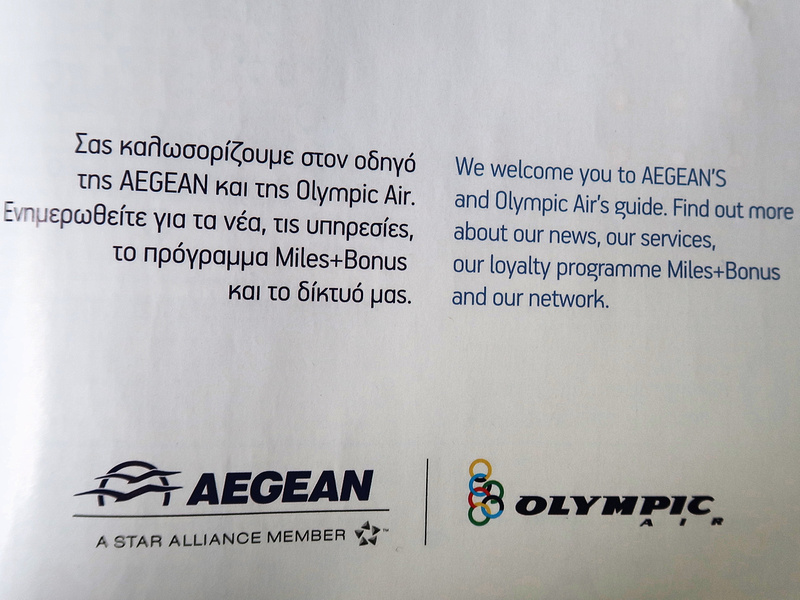 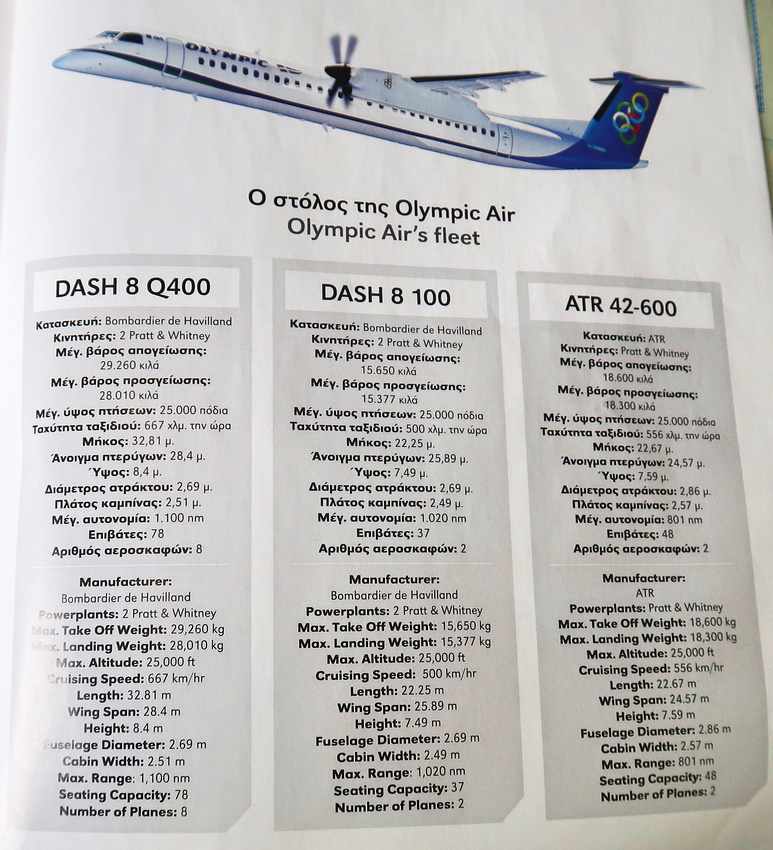 A late lunch was served on this flight which consisted of a ham and cheese sandwich, plus a drink. 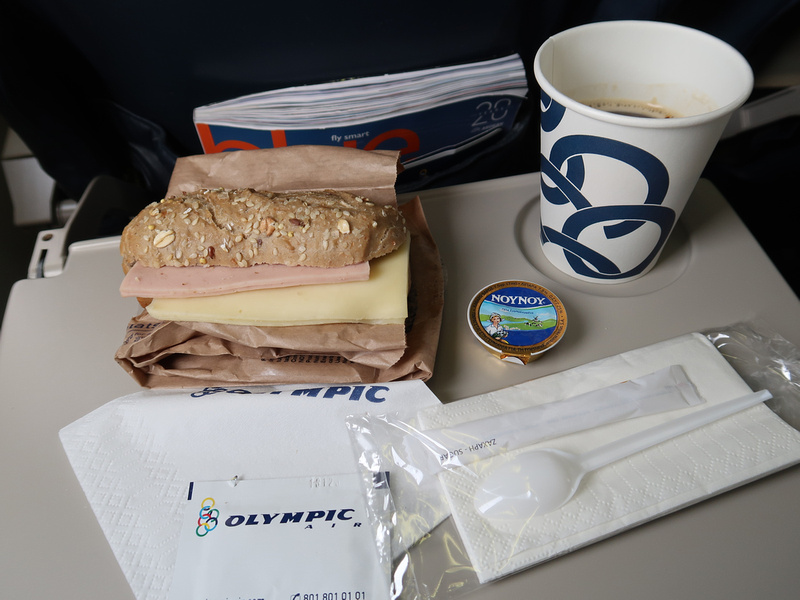 After lunch a little Greek sweet was offered. 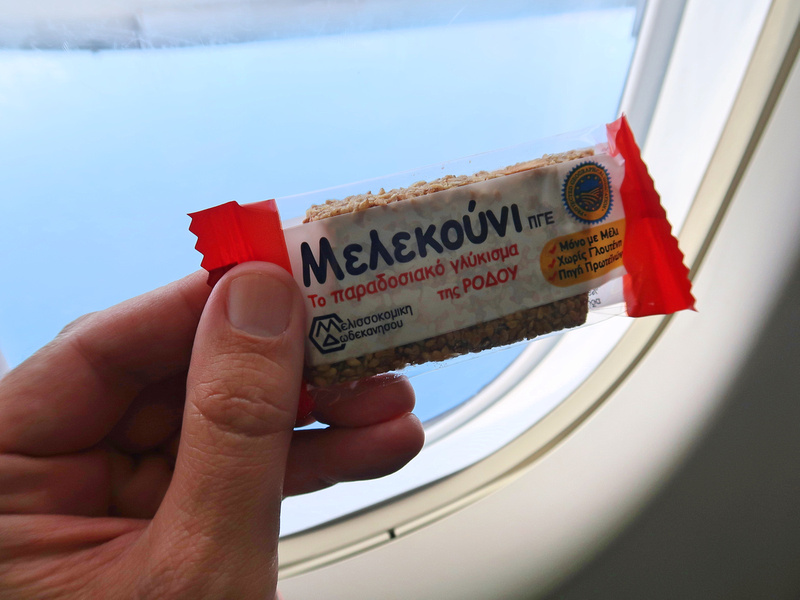 My first glimpse of Athens as we fly by the old airport. 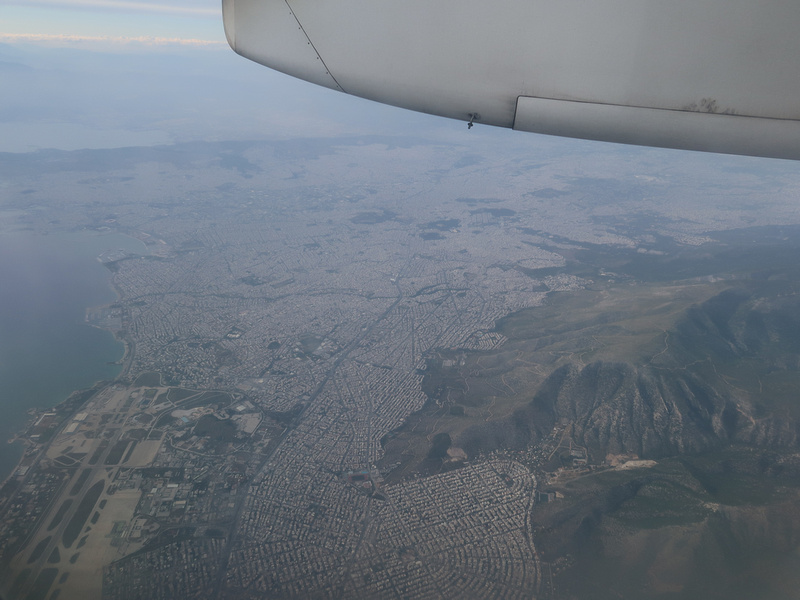 The majority of flights I take are on 737/A320 jets, so it’s a novelty to fly on a turboprop and watch the wheels come down. 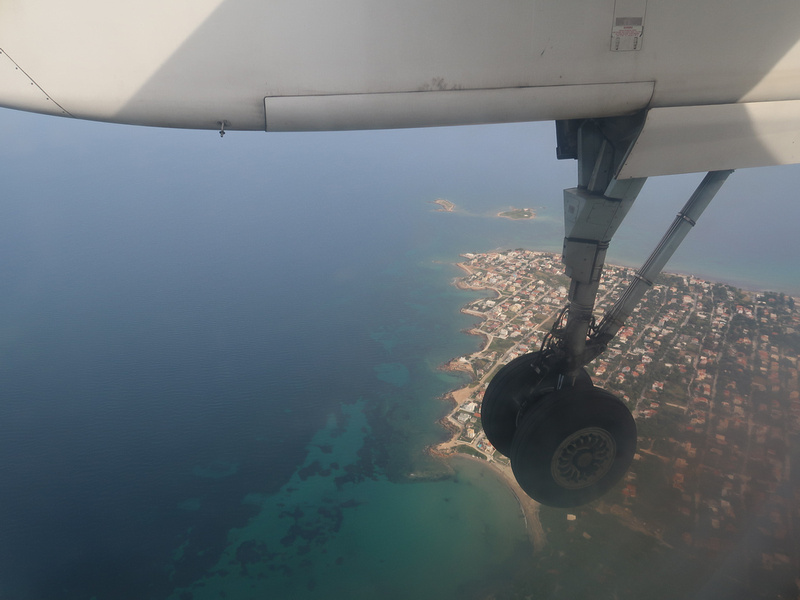 We arrived at Athens Airport on time and the plane was parked out on the tarmac. 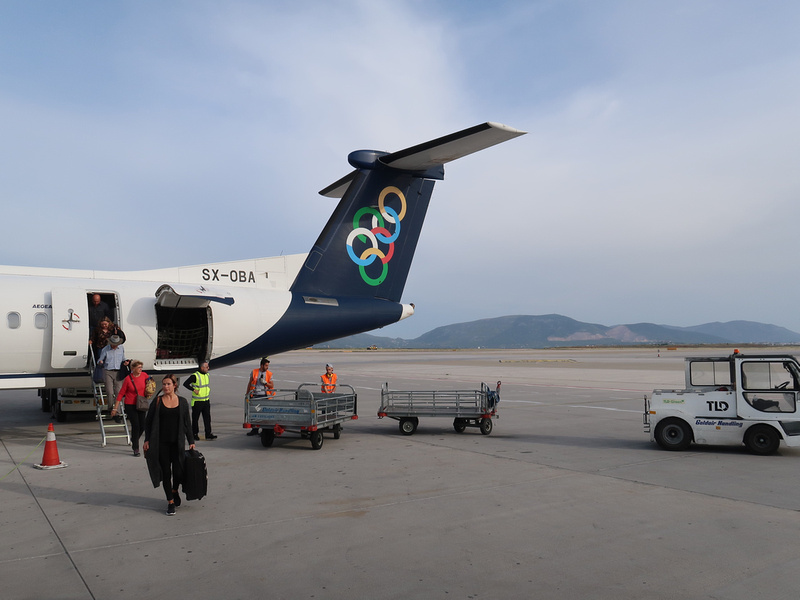 From there we were bussed to the terminal. 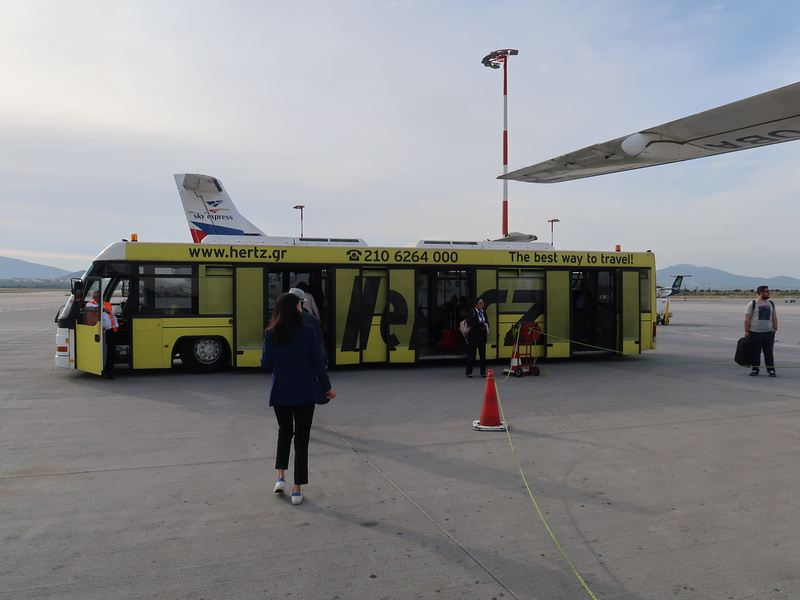 Overall it was a good flight option to Athens. I was lucky to find a ticket on sale, as other days I looked the prices were in the hundreds of dollars. After looking at the route map of the domestic flights I look forward to planning more trips in Greece.