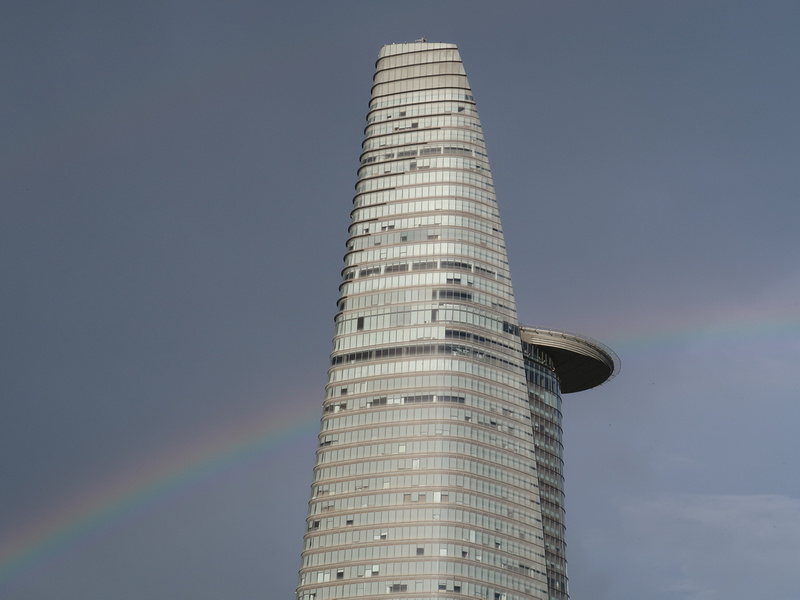 Greetings from Saigon! Here is the October 2020 edition of Where I’m At – my monthly summary of where I’ve been and site news.

I haven’t been blogging much here lately, but I still publish a weekly travel newsletter with updates not featured on the blog. The newsletter includes a round up of the best travel reads of the week. It’s a good way to get a travel fix while waiting for travel to get back to normal.

At the start of September Vietnam was still controlling the latest outbreak in Danang, and by the first week it appeared that the virus had been contained again. Now we are nearly one month without a reported local case. There are though still imported cases happening every day from those returning from other countries, so it’s not a complete Covid-free zone.

International travel is still not on the agenda, and getting back to normal is not happening anytime soon. I think the only way forward in the short term is for tight travel bubbles. Thailand-Vietnam is a good candidate for a travel bubble, and there are talks of resuming flights to Thailand.

With consecutive days of no local cases recorded, domestic travel has at least rebounded. With the virus under control again in Vietnam I have restarted my travels. After over two months of not travelling anywhere I made an impromptu trip to Phan Thiet.

While Vung Tau may be the most accessible beach to Saigon, Phan Thiet has a better stretch of beach, and Mui Ne (next to Phan Thiet) is the first big resort area outside of Saigon. It’s about four hours by train or van from Saigon to Phan Thiet.

I’ve been to Mui Ne before but I’ve hadn’t spent any time in Phan Thiet city. This trip gave me a chance to have a beach break to wash away two months of inertia. I spent a night on the beach before going to the city side.

First time out of Saigon for over 2 months, now that the virus has been contained again. I am in Binh Thuan province having a look around. Starting the trip off with a pool day in Mui Ne before getting on the road.

My reason to visit Phan Thiet was to explore the coastal region on either side of the city. There are some new hotel developments in various stages of planning, some of which may not be built after Covid-19. There is no coherent reporting on what is going on here, so I rented a scooter and rode around to look for myself. I was most curious about a new urban development called Thanh Long Bay, and I’ve already made a report on that. Stay tuned for my city report on Nomadic Notes and a guide for new developments in Binh Thuan Province. 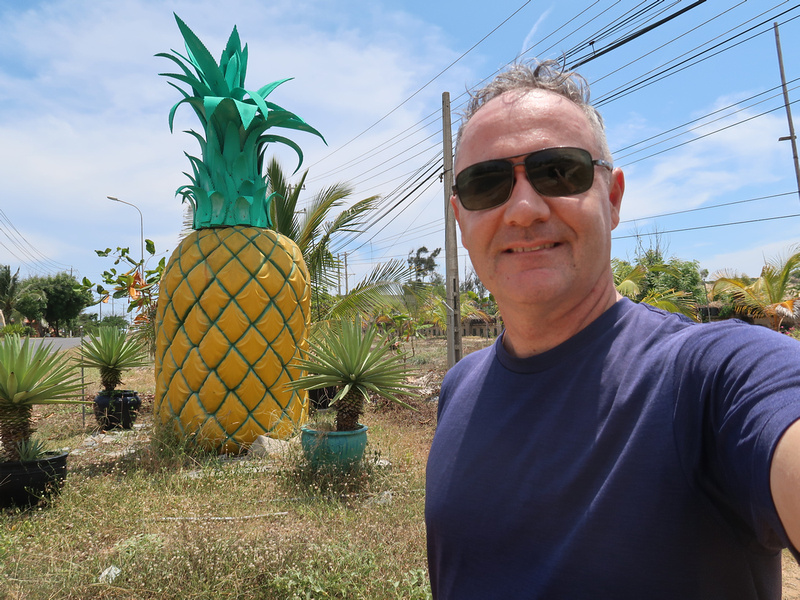 [The Medium Pineapple, Binh Thuan Province – not as famous as The Big Pineapple in Queensland.]

Anyone who has even considered visiting Vietnam has heard of Ha Long Bay, but did you know there is also a city of the same name. I visited Ha Long Bay on my first trip here, and as we were flying over the bay I was wondering why I wasn’t going again. This was another Living In Asia project trip as there are lots of developments happening in the city. Most people go to Ha Long Bay straight from Hanoi, bypassing Ha Long City completely. The city is adding attractions to try and retain visitors. Of course no one is travelling now so the tourist side of Ha Long was a ghost town. I will have a trip report coming soon.

Sapa Lake and Mt Fansipan hiding behind the moody skies.

After two failed attempts in two years I finally made it to Sapa in Northwest Vietnam, and even then my trip didn’t go as planned. My original plan was to get the overnight train from Hanoi. This was part of my quest to ride all the rails of Vietnam for my Southeast Asia railway guide. It turns out though that the rail service still hasn’t been fully restored and it’s only running on the weekend. I found this out after I booked everything, and I was not going to be there on the weekend. This perhaps turned out to be a good thing, as I saw Sapa without with hardly any tourists. By all accounts Sapa was buckling under the strain overtourism. Here, like so many other places, businesses related to tourism are struggling.

To get to Sapa from Hanoi you must go via Lao Cai on the Vietnam-China border. This was another place I was supposed to go to two years ago on one of my failed Sapa visits. I was trying to get the train from Hanoi to Kunming, which requires crossing the border at Lao Cai and getting another train. On that trip I didn’t get my China visa in time, so I put it off for another day.

I also wanted to visit because it’s on a border. I booked a hotel to be as close to the border as possible, and I end up getting a room with a view of China. If I can’t travel internationally I can at least look at another country from a safe distance.

I can see China from my room. Like I can literally lie in bed and look at Hekou, China from my hotel in Lao Cai, Vietnam. You have to pass through Lao Cai to get to Sapa, so I figured I should stop here as well. I'm interested in bordertowns, so that was another attraction. It occurred to me when looking at the closed border crossing that I haven't crossed an international frontier since March 14. I'm sure I felt my passport quiver in my pocket as I neared the border control (no photos there of course).Who knows when I will cross the next border, so for now I will enjoy my $15-a-night room with an international view.

Like most unassuming provincial cites there is always something to see if you look hard enough, and I will post some of the points of interest in another blog post.

A classic LonelyPlanet-style cover photo, and it was just at the moment I walked by. I said I would go for a short walk, and 3 hours later I was still going. I'm always grateful to be able to revisit Hanoi again, even if only for a day on the way to somewhere else.

I had two stays in Hanoi this month, going to and from Sapa. There are buses that go directly from Sapa to Hanoi Airport, bypassing the need to stay in Hanoi another day, but I will always make a stop if I have time.

I haven’t been posting as frequently on Nomadic Notes, though I at least have a backlog of places to report on. Expect more blog posts over the next month.

Hanoi beyond Hoan Kiem – how the metro will open up the city outside the old quarter – this post was from my previous visit to Hanoi in July, so I have a backlog of trip reports from this date onwards.