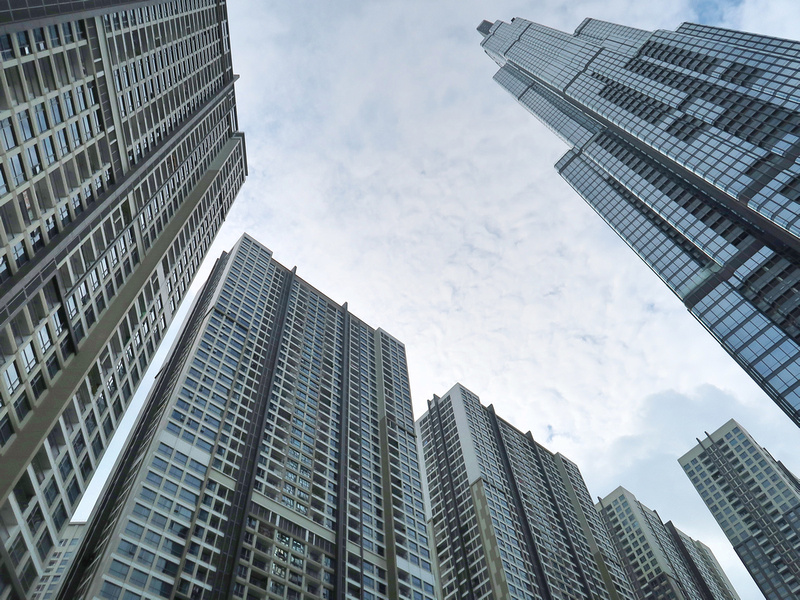 Greetings from Saigon and another edition of Where I’m At – my monthly summary of where I’ve been and site news. This month features that time I met Bruce Dickinson, the hazepocalypse of Southeast Asia, and riding new railways of Indonesia.

I began the previous month in Saigon, where I base myself to work and plan my next trips. I was in three countries last month (Vietnam, Malaysia, and Indonesia), and there will be posts about those trips over the next few weeks. For more instant updates follow me on Instagram. 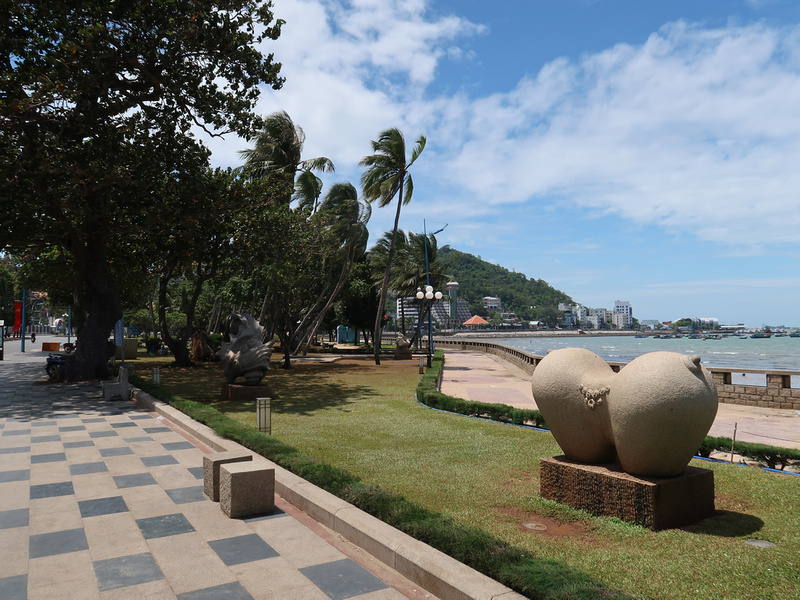 Vung Tau is a coastal city just outside of Saigon, and it’s regarded as the beach of Saigon. It’s also famous for Banh Khot. This is a mini pancake made of rice flour, and is usually topped with seafood such as a shrimp. It’s then wrapped in herbs and lettuce so you can dip it in fish sauce.

One of the things I like about Vietnam is that some cities have signature dishes. Hoi An is famous for Cao lau, Haiphong is known for Banh Da Cua, and Vung Tau is famous for Banh Khot. Here it’s known as Banh Khot, but in Saigon it’s sold as Banh Khot Vung Tau.

I went with fellow travel writer Robert Reid, who has been based in Vietnam since late last year. His time here was about to finish up, so before he left we did a day trip to Vung Tau. 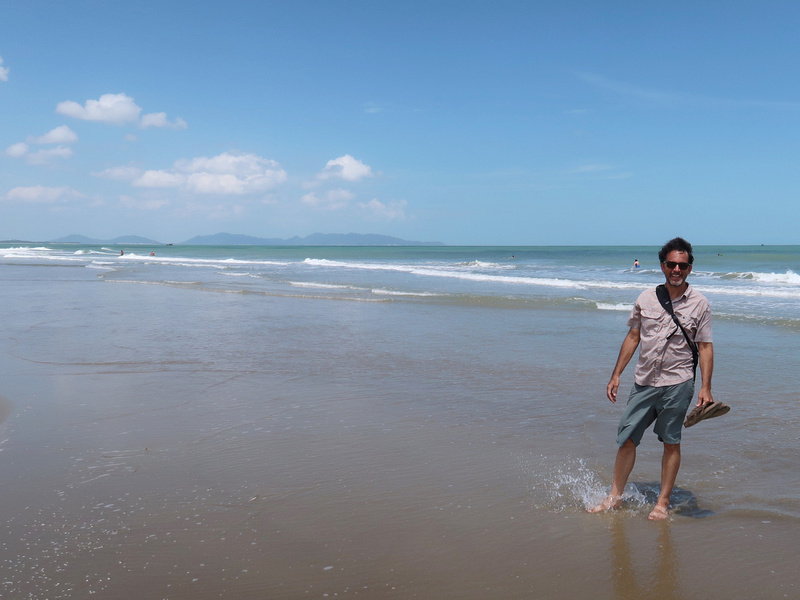 [Robert Reid at the unofficial beach of Saigon.]

I’ve been following Robert online for years, so it was good to finally meet in person. One of the earliest posts of Robert’s I remember vividly was the time he interviewed Bruce Dickinson from Iron Maiden. It turns out that Bruce is also a commercial pilot, so that made for a great reason to interview him for Lonely Planet.

I saw this interview just before I was about to fly on the airline he was a pilot for. On my Iceland Express flight from New York I flew on Ed Force One, and on my Reykjavik to London flight Bruce Dickinson was on the flight. He wasn’t flying the plane but he was still in uniform, so he was probably just returning home from the previous flight.

Bruce was standing at the front talking to the pilot. In the name of getting more page views for my fledgling travel blog I thought that having a photo of Bruce would help my flight review.

With sweaty palms like a school boy about to ask the hot girl out on a date, I went up to Bruce and asked for a photo. He said I should get a photo of the captain instead as he was the one flying the plane. It was a masterful display of how to decline a photo, of which he must have had practice at several times a day for the last 30+ years.

I went back to my seat slightly embarrassed, but I would be sitting here now wondering what would have happened if I didn’t ask. The thing is that I’ve never cold-asked a photo from a celebrity before, and it’s not something I usually do. The things you do in the name of travel blogging.

That was my Bruce Dickinson incident, which I was reminded of when Robert moved to Saigon and I told him this story.

Anyway getting back to Vung Tau, I’ve been here a few times now and I remember the beach to be muddy and covered in trash. Certainly the front beach can get that way, and it was filled with rubbish from a recent storm when we arrived. On the back beach though the sand was clean and the water clear. I either don’t remember it being this good, or we went on a good day.

Vung Tau is accumulating a skyline now, as more apartment towers are going up. If they ever build the train line here from Saigon it will become a property hotspot in Southeast Asia. I will do a “Future Vung Tau” report on Living In Asia soon.

One day I will work out how many times I’ve been to Kuala Lumpur, and how many accumulated days of my life I’ve spent there. As a major hub for transport in Southeast Asia I end up in KL a few times a year to go somewhere else. I’ve been here at least once a year since 2009. I always like visiting so I usually schedule a stop rather than flying straight through.

For this trip I had a reason to be in KL as I was attending the ASEAN Rail Summit. I was collecting leads and information for my ongoing future Southeast Asia rail project. In the future I may consider presenting a talk about railway expansion in the region, and this year my site Living In Asia was an official media partner of the conference. My site logo is on the bottom of the poster, so that was cool to see this little project gaining traction.

A few days before my trip I had considered cancelling as the Sumatra forest fires had blanketed the city in haze. I’ve been in KL when this has happened before so I try to avoid going at this time of year. Same for Chiang Mai with its burning season, which is now a no-go zone in March-April. 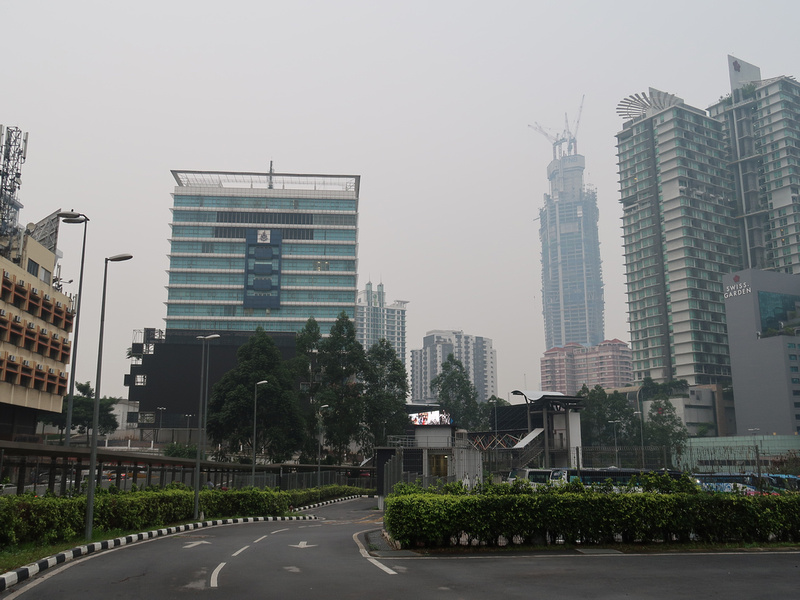 In the end I went to KL knowing that I was going to be indoors all day for the conference. I just had to pass on my usual long walks around the city.

While I was in KL I finally crossed paths with Greg from Vagabonding Life. I’ve been following his site since forever it seems, and to be sure I looked up the Whois and the domain has been registered since at least 2008. I started Nomadic Notes in 2009, so it was good to meet an old-school vagabond still blogging from the 2000’s. 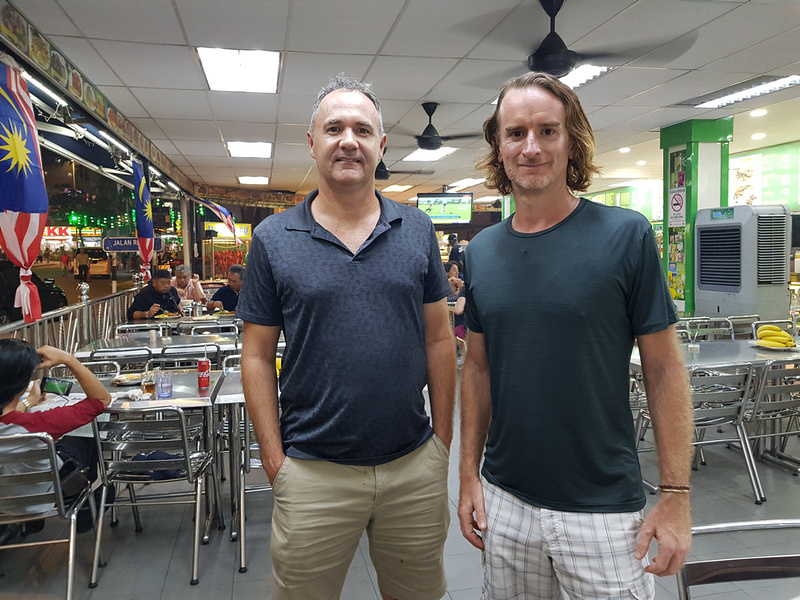 Meeting Greg got me wondering about old-school travel blogs. There seems to be less travel narrative blogs now as new sites are more oriented towards being a guide. My site is a hybrid of the two. Then there is also the fact that most long-term travellers will end up retiring from travel.

Only a fraction of 1% will go on to be perpetual travellers. Having said that there are no doubt a bunch of blogs out there from people who are long-term travellers, but they are not treated as a business. As such they are under the radar and are never featured in “top 10 blogs you need to be following in 2019” type of listicles. Blogging also gets in the way of travelling. Greg is a good example of this, where he spends more time travelling than blogging. I did request for him to blog more, thanks Greg.

As I was in KL for a railway conference I figured I should continue the rail theme and visit Palembang rather than going straight back to Saigon. This regional city is unusual in that it has a light rail line from the airport to the city centre. I couldn’t believe that this mid-size city would have an urban railway before Hanoi or Saigon. Even my home city of Melbourne still hasn’t built its airport railway, so I needed to see this for myself. The light rail was built for the Asian Games that was held here along with Jakarta in 2018. 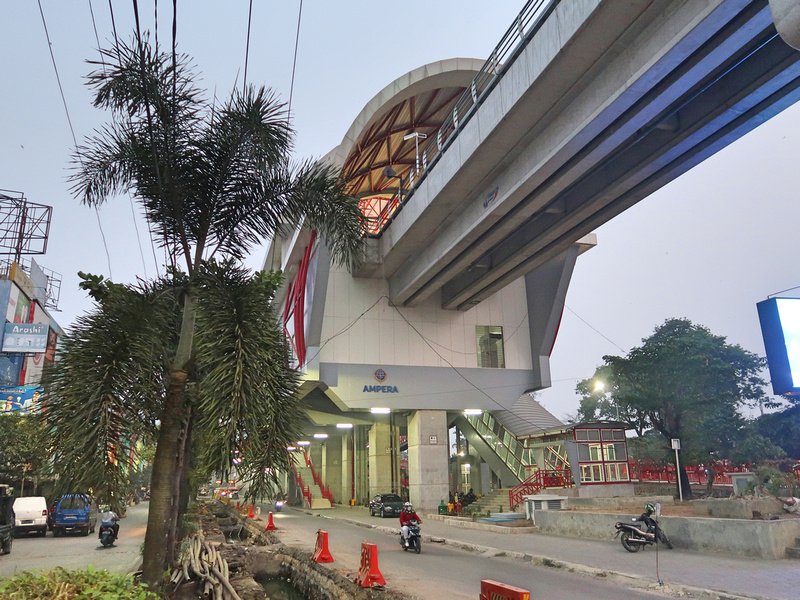 Palembang is known for it’s industrial inland river port, and as such I wasn’t expecting much. It didn’t help that it was also in the midst of the hazepocalypse. I arrived thinking that I will just write a story about the railway, but there is more to this city than I thought, so a trip report is on the way. 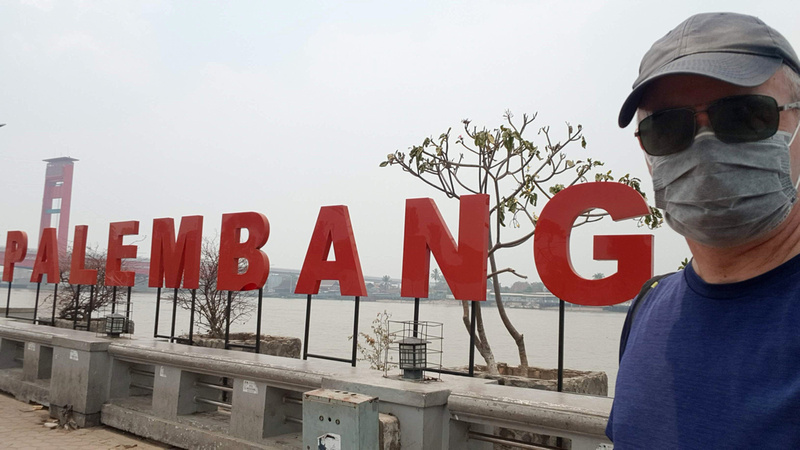 The other reason to visit Sumatra was to ride the railway from Palembang to Bandar Lampung, near the southern tip of the island. Fortunately the air was a bit better down south, as most of the the smoke was blowing east towards Malaysia and Singapore.

Bandar Lampung is the gateway to Sumatra when coming from Java. There is not much to do here from a tourists perspective, but I still managed to find an angle for a future story here.

I visited the Krakatau Monument, where an iron sea buoy that was washed inland from the tsunami came to ground. Unfortunately there is no information about the Kratatau explosion here, and the park was in a messy state. This would be a good place to have an information centre about Kratatau. Something like the Tsunami Museum in Banda Aceh would be a great addition to the city.

Krakatoa: The Day the World Exploded: August 27, 1883 by Simon Winchester is an excellent read on the subject.

It was a timely moment to be in Sumatra during the Global Climate Strike. With the forests being burned for palm oil plantations and the massive coal mining industry Sumatra, it was hard not to feel bleak about the environment. At one point I was looking forward to getting back to the cleaner air in Vietnam (which is usally not a thing you would think), but the haze from Borneo forest fires may have caused pollution in Saigon. I’ll be posting more about the environment in my Palembang trip report and railway review.

I finished my rail-themed trip in Jakarta. I was last in The Big Durian in 2013, and since then the city has added an airport train and a single metro line.

Visiting Jakarta was also a good excuse to visit my friends from We Love Jakarta. As I get older half of my travels end up being about time to meet with friends. I don’t think I would ever be able to visit every country in the world as I spend too much time revisiting old favourites and wanting to catch up with old friends. 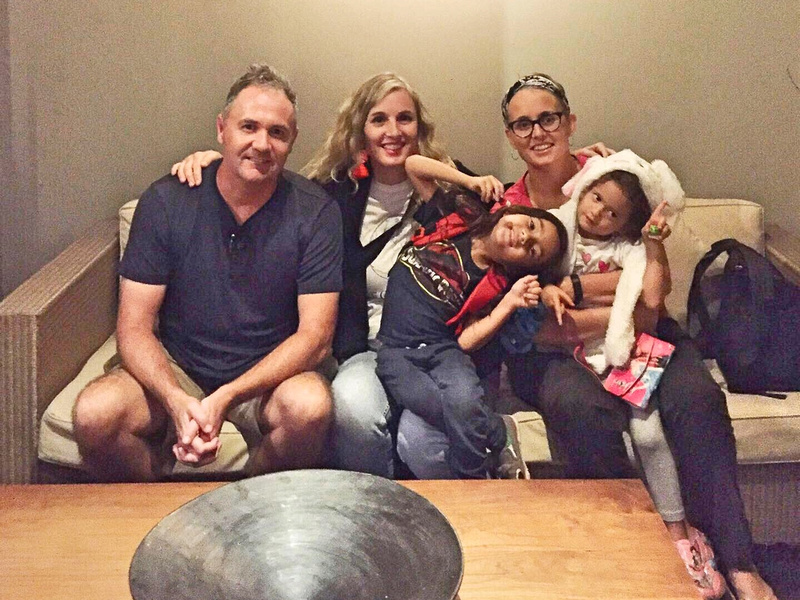 Here is my trip report on Jakarta and the street I stayed on – the old backpacker street of Jalan Jaksa – still my preferred area to stay in Jakarta.