I landed in Hong Kong and arrived in the middle of the biggest protests Hong Kong has seen since being handed back to China in 1997. The protests are over Beijing’s decision to screen candidates for elections. 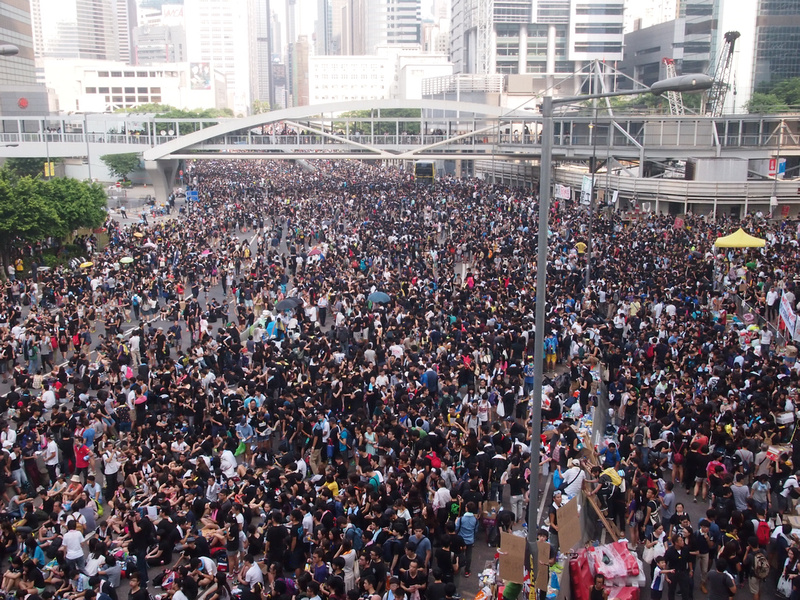 These photos were from the protest around the Central/Admiralty area of Hong Kong, on Hong Kong Island (#OccupyCentral on Twitter.) There was another protest in Kowloon, on the other side of the harbour. I’ve linked to various related news articles to give further background to the story and I present these photos as an observer.

Barricades being lashed together with plastic ties by protesters.
` 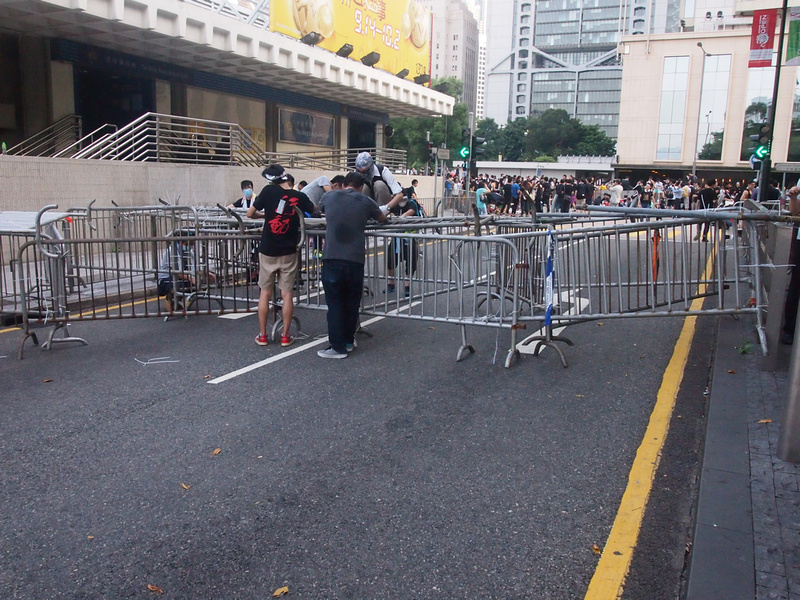 After controversy of police using tear gas the night before the police presence was scaled back today. No police in riot gear; just small groups observing on the sidelines (or not at all). 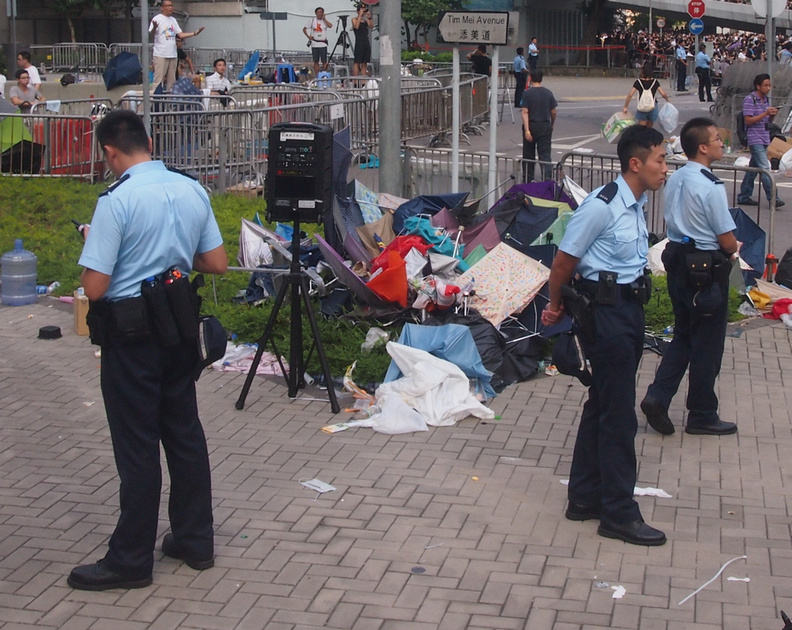 Some street graffiti referring to police using tear gas on protesters the night before. 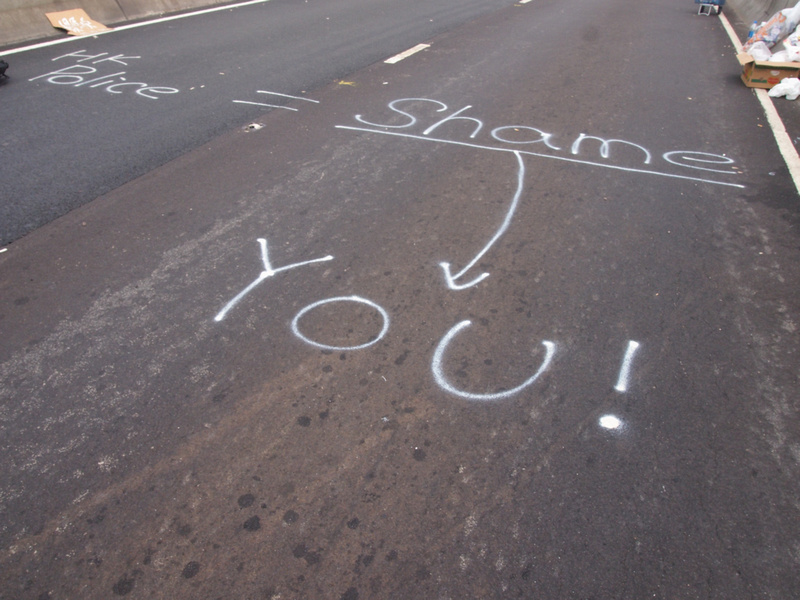 The protests have also been dubbed the Umbrella Revolution (#umbrellarevolution) as umbrellas were used as shields from pepper spray. Cling wrap is also freely available which has been used to wrap glasses tight to protect from tear gas. 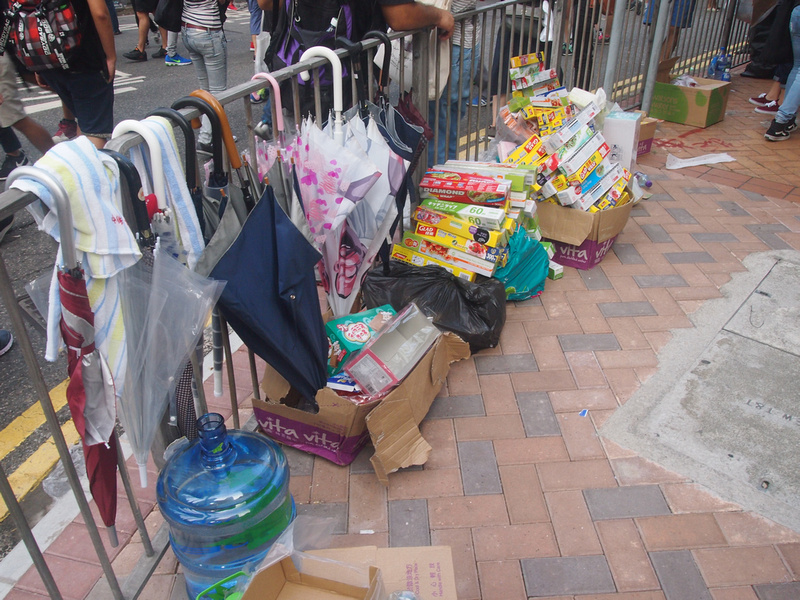 A bucket of wet towels in preparation for pepper spray and tear gas. 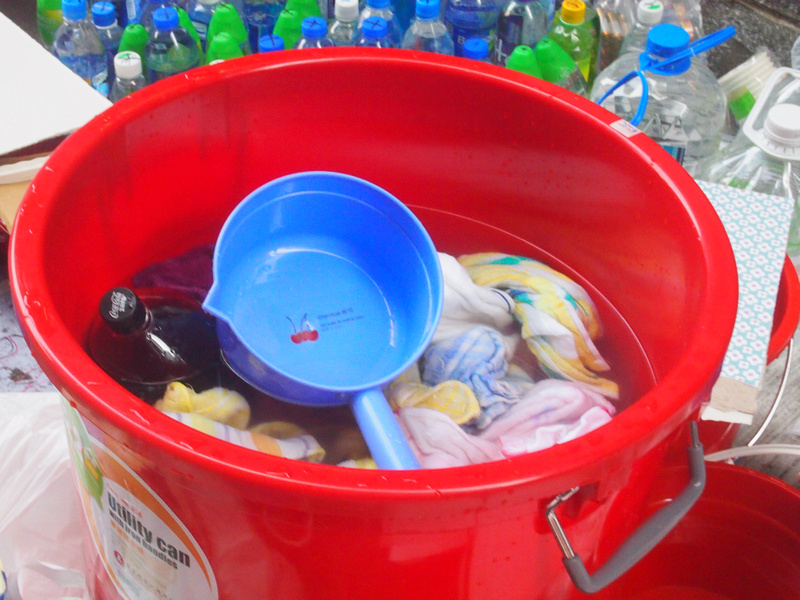 At numerous places around the protest sites were these supply stations with supporters dropping off donations. 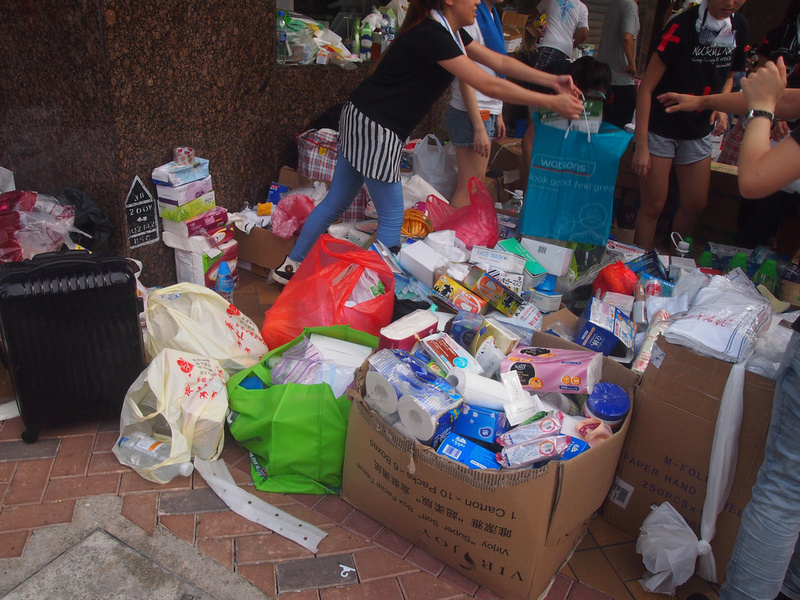 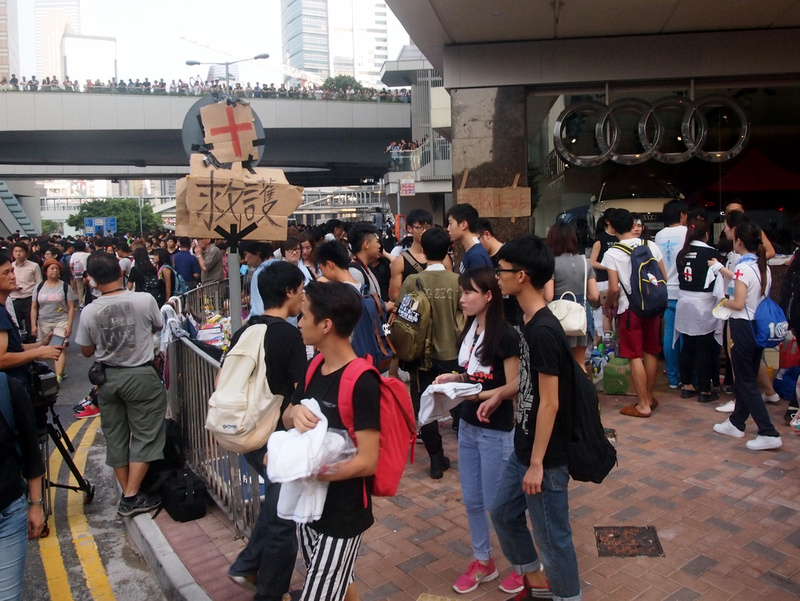 As well as water stations. Lots of people were roaming around with bottles of water and giving them out freely. There were also cleanup patrols making sure the rubbish didn’t get out of control. 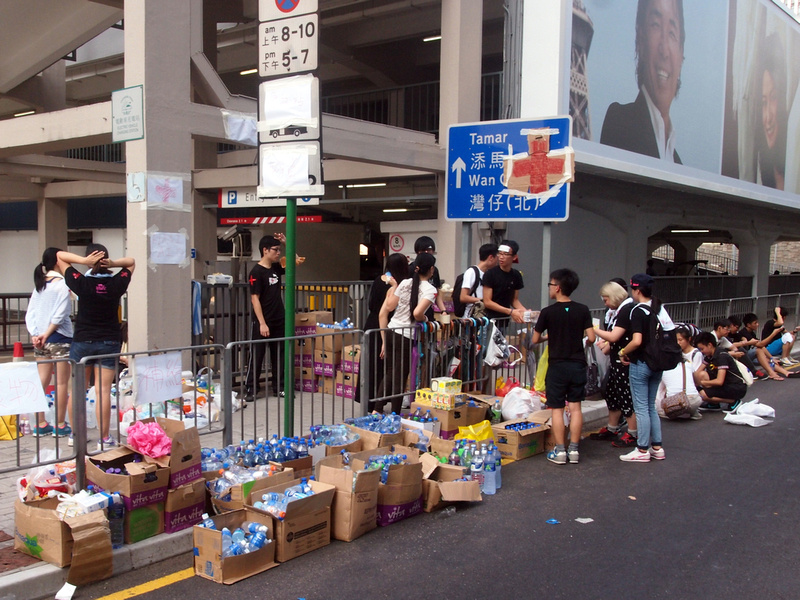 Protesters came wearing black t-shirts and many were wearing a yellow ribbon. I was glad to have selected a blue t-shirt for the day so as to maintain my international observer status. 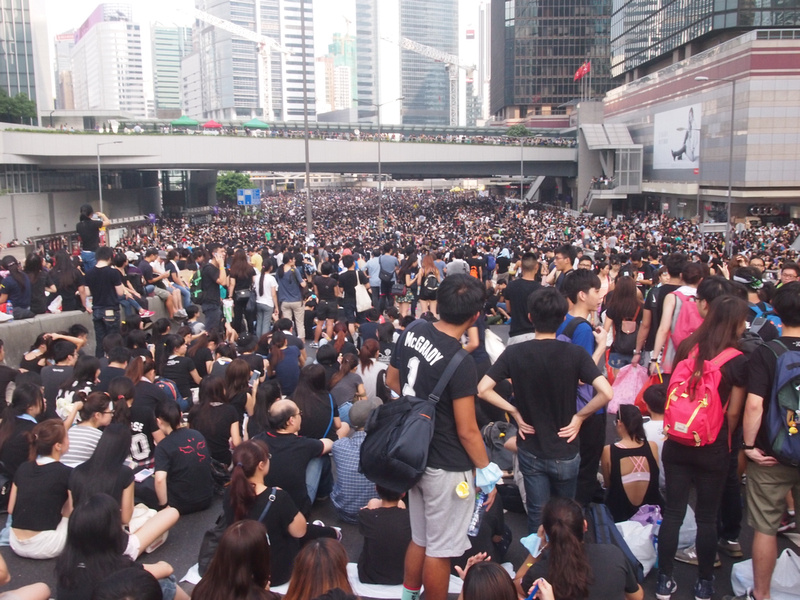 Most of the protesters appeared to be young students and it seemed to be an even male/female mix. There were no trouble makers, no weapons, no fires, or aggressive behaviour shown anywhere. I didn’t feel in danger at any time and so I ended up wandering around the the rest of the afternoon. 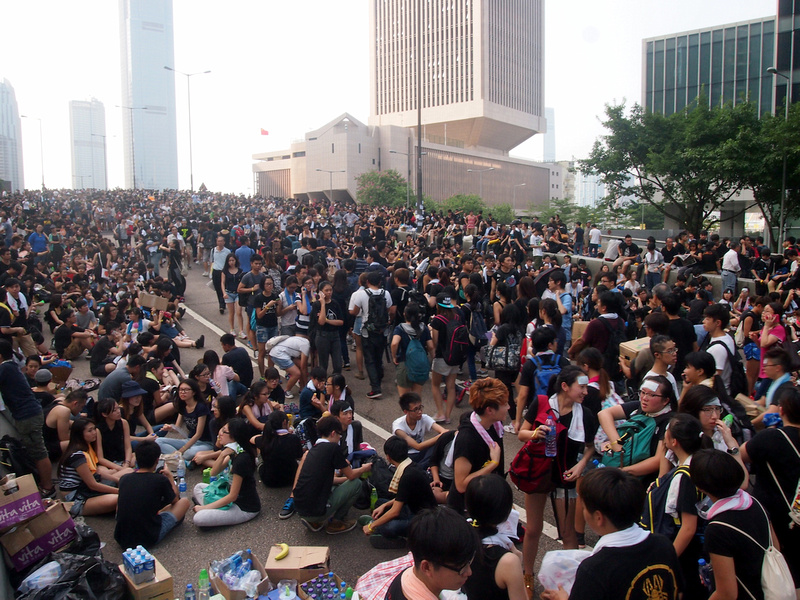 I ended up outside the Admiralty Centre which is where the biggest crowd was by around 4pm. 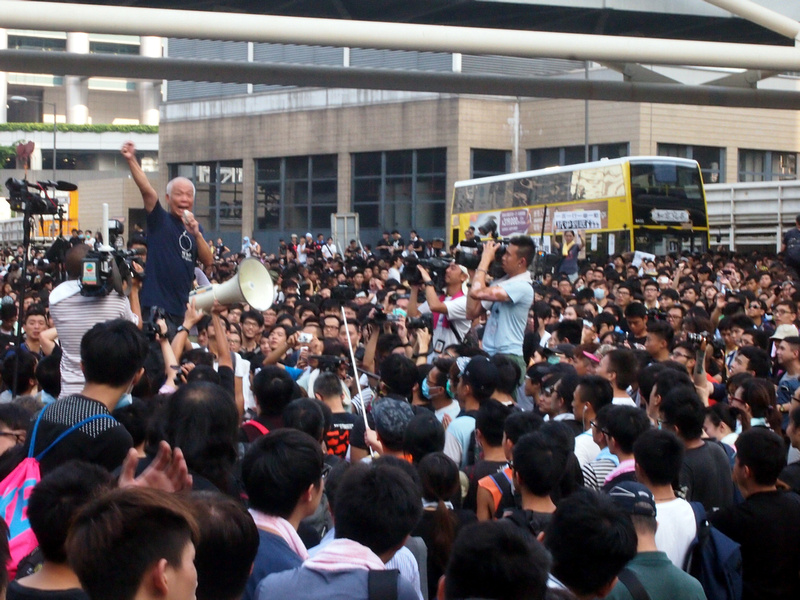 Xi is on the Wrong Side of History in Hong Kong.
Hong Kong protest: Why are pro-democracy supporters staging a sit-in? And what do they want?
Occupy movement could be the most polite demonstration ever.