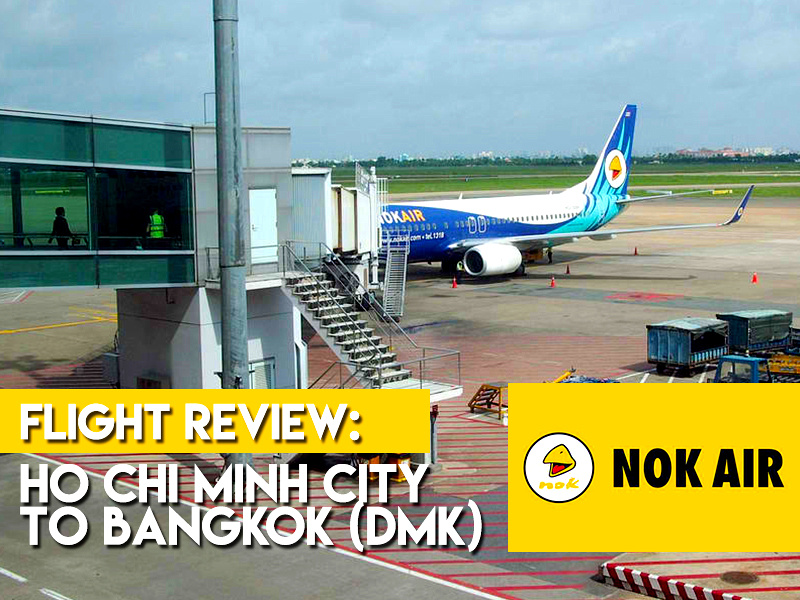 I flew with Nok Air from Ho Chi Minh City to Bangkok. I compared flights online with Skyscanner and I picked the flight for its price and because I haven’t flown this service.

Nok Air mostly fly domestic routes, but they are now branching out internationally. I paid 2195 THB (about $63 USD) which is a good deal for a 90 minute flight. There are six airlines flying this route so airfares are usually competitive. The good thing about Nok Air is that checking a bag is free up to a whopping 35kg (I’m not a carry-on only kind of guy). Nok Air are promoted as a low cost airline but they have some hallmarks of a full-service airline.

The other good thing about Nok Air is that you can pick your own seat for no charge.

Check-in at SGN opens 2.5 hours before the flight. At the time of my flight online check-in was not available for international flights. I was at the airport early and was first in line. As a result the man at check-in asked if I would like to move to the front of the plane. Yes, yes I would.

Another thing I like about Nok Air is the cool beak logo. I couldn’t get a shot of the aircraft nose, but the beak is painted on the nose, giving the airline a distinct look. 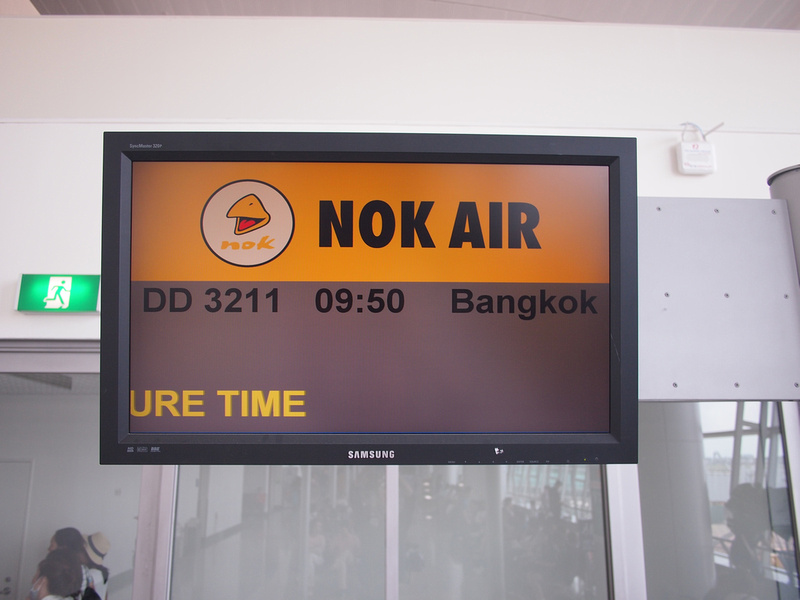 Nok Air fly 737 aircraft and my flight was probably 95% full.

The inflight magazine is JIBjib. The magazine is in Thai only, but there is this odd fashion in Thai magazines where they have english headlines for articles and magazine names, but no other english text. 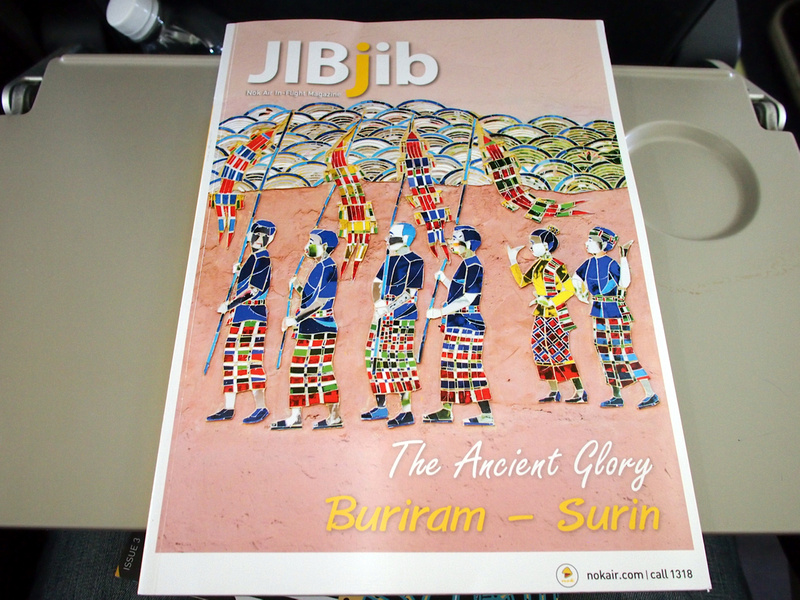 In addition to free bag checking and free seat selection, they also serve free snacks. In this case it’s a snack pack consisting of a cake and water, plus a drink (I got a coffee). It’s not much, but it is nice to have a coffee and water provided rather than having to pay. 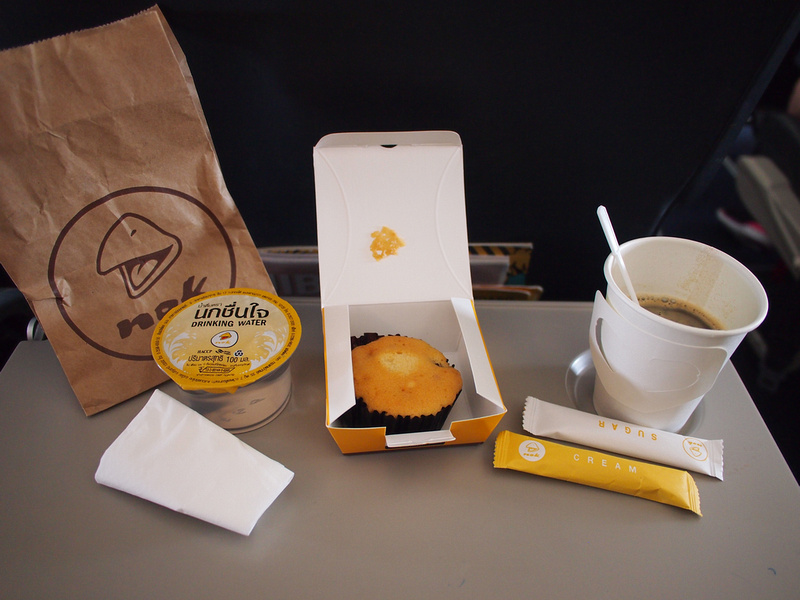 There is also a snacks and drinks menu, should you wish to order something else. 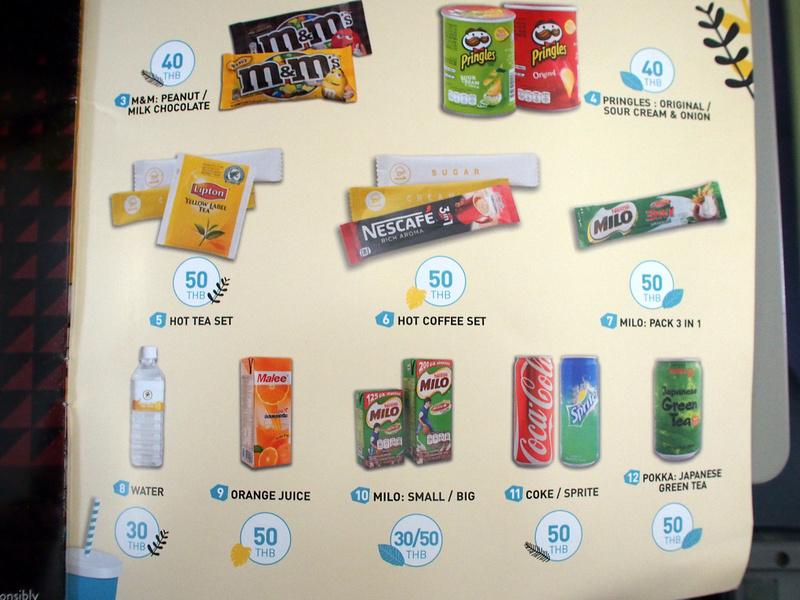 Nok Air provide Thai immigration forms, which is helpful in speeding up your arrival process. 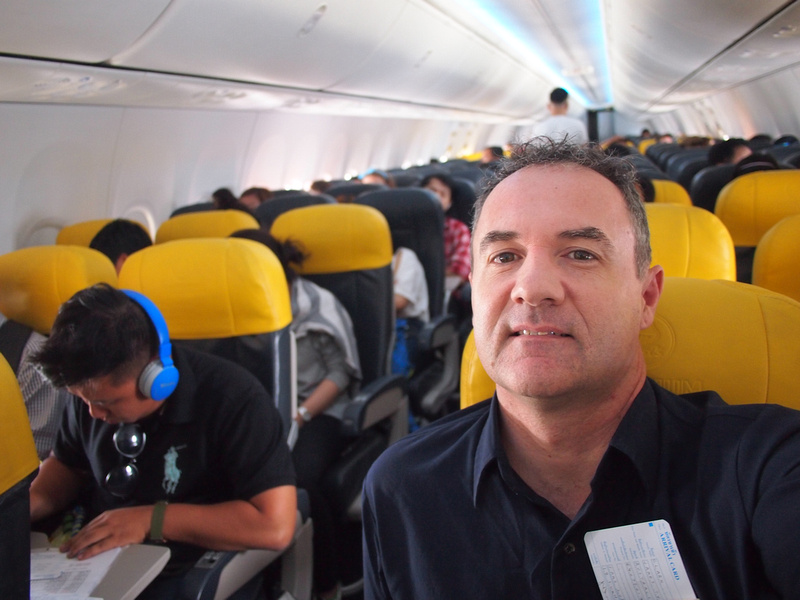 This service flies to Don Muang airport, which is the old Bangkok airport. I prefer the new airport but sometimes flying to DMK is quicker to get out of the airport. Departing in the morning is horrible but arrival during the day seems to be ok. I was fifth inline at immigration, and there was no queue at the taxi stand.

Overall this was a good flight and great to have another airline serving the Saigon to Bangkok route.