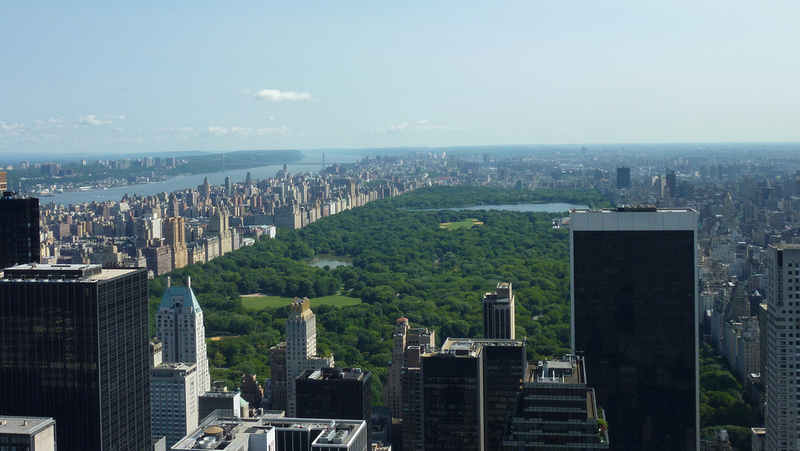 [Central Park as viewed from the Top Of The Rock (Rockefeller Center).]

The Skint – Daily updates of free and cheap things to do in New York.

Jeremiah’s Vanishing New York – “a bitterly nostalgic look at a city in the process of going extinct.”

Tips for first-time travel to New York City – By everintransit.com.

Local secrets for exploring NYC on the super cheap – By jessieonajourney.com.

What to do in New York – A guide by atasteoftravelblog.com.

36 Hours in New York City on the cheap – By theglobalcouple.com. 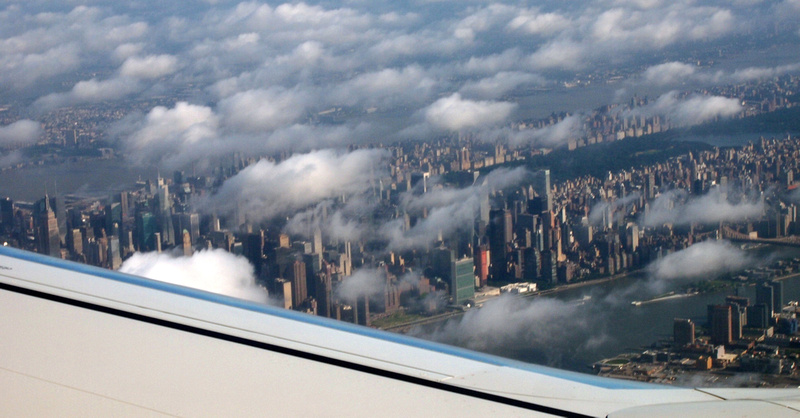 This view never gets old.

When I fly to New York it’s usually a long haul flight so I get an isle seat. On this occasion I was flying from Miami to New York La Guardia so I got a window seat. As we were flying from the south I guessed that the best view would be on the left so I requested an A-seat. Yes, I think about these sort of things.

While it was a slightly overcast morning I could still make out most of the landmarks of Manhattan, with the most prominent in this shot being the Empire State Building and Central Park.