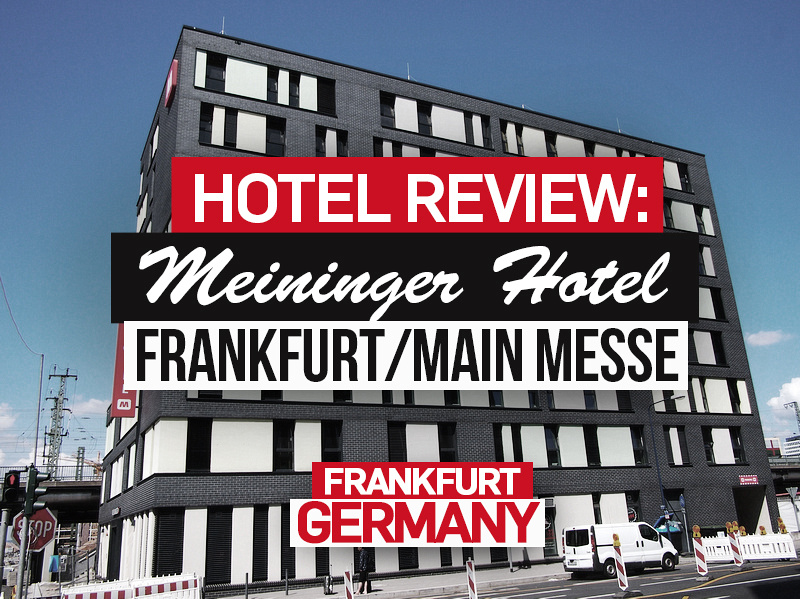 I stayed at the MEININGER Hotel Frankfurt/Main Messe in Frankfurt, Germany. I stayed as a guest of the Meininger hotel group to review their hotel (and I previously reviewed their Salzburg hotel).

Meininger (stylised as MEININGER but I feel like I’m yelling at you so I’ll use lower case from here) describes themselves as the “Urban Travellers Home…combining the best that hostels and hotels have to offer.”

I first discovered Meininger in London and loved the concept of a modern hostel that is run like a hotel.

The benefits of being in a new-build area is having a new building. In this case the hotel occupies a whole block in a custom-built building.

My room for the night was a private double room with bathroom. The bed was soft and comfortable though they use the two single beds as a double that is popular with European hotels. 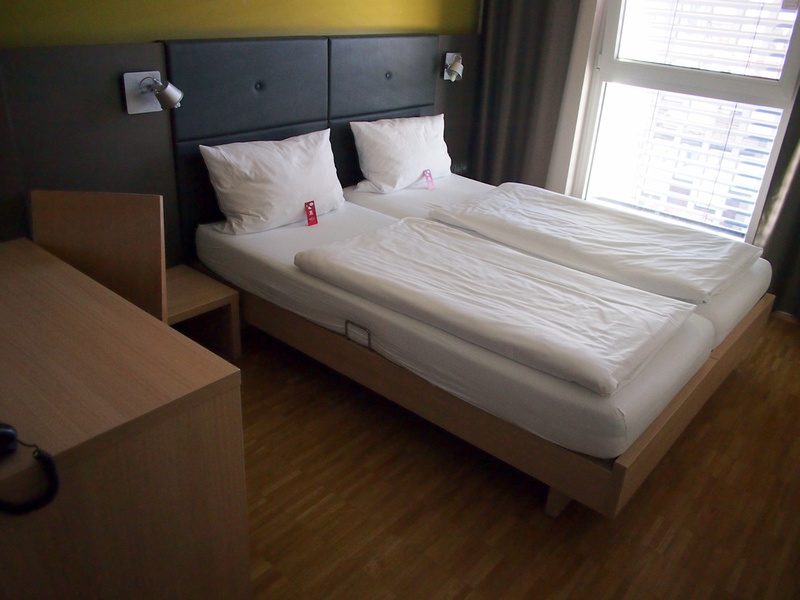 The room had a simple and functional work desk, with accessible power outlets. 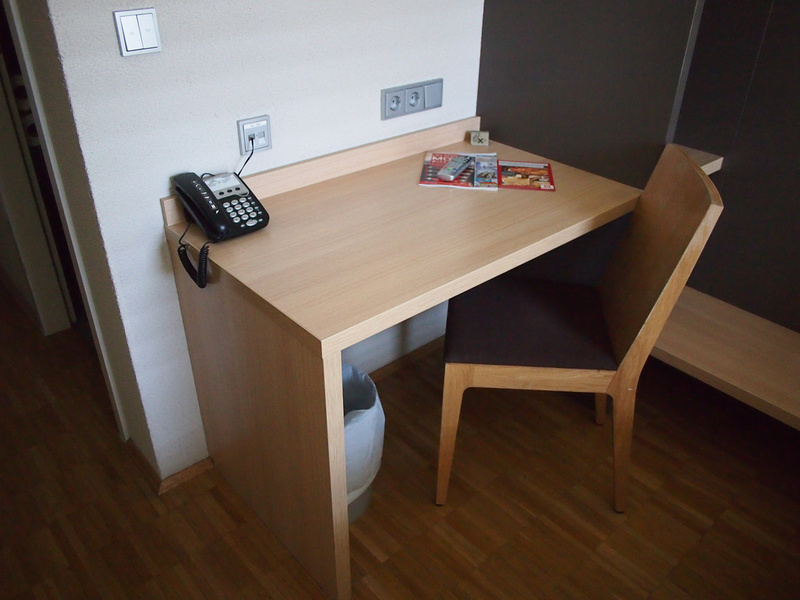 The bathroom in my room. 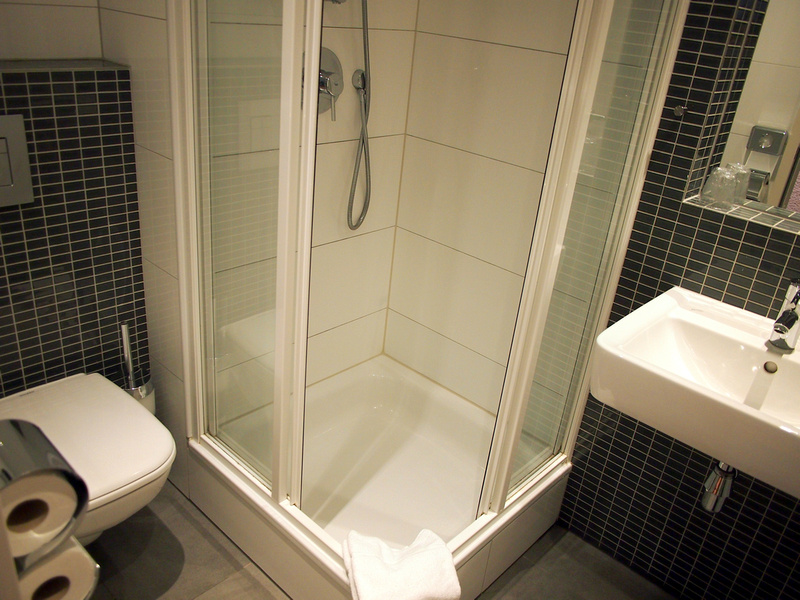 Down in the lobby/reception area there are lounges and tables that feels like a upmarket hostel. There is a bar and a pool table area as well. 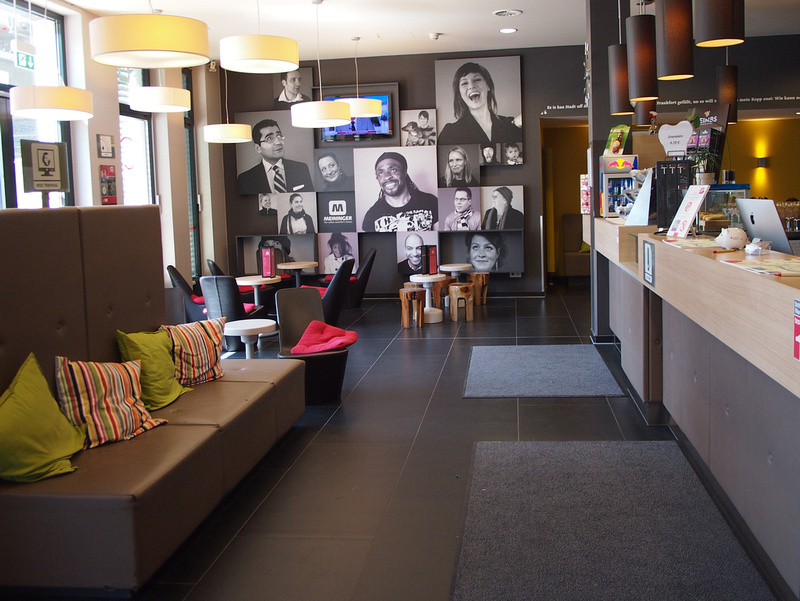 I had breakfast (not included in the price) which is buffet-style with cereals, breads, pastries, fruit and yogurt. 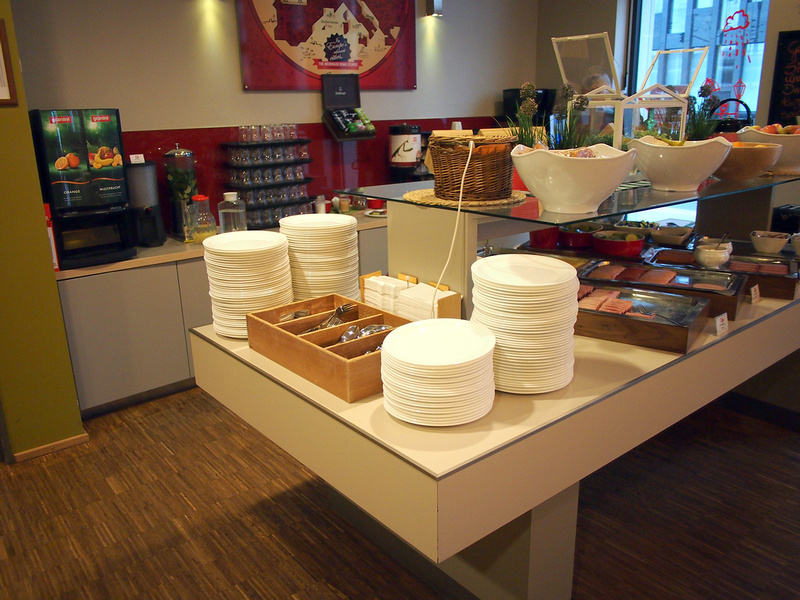 There is free wifi which is available on all floors, and I got a good connection in my room and downstairs.

Overall this was a great place to stay in Frankfurt. For other locations check out the rest of the Meininger hotels in Europe.