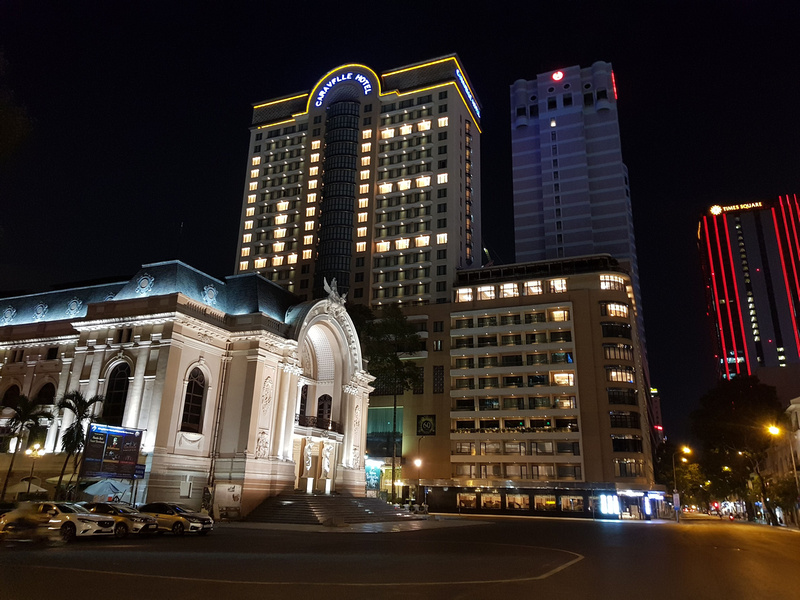 No prizes for guessing that I didn’t go anywhere last month. The month began with a partial lockdown enforced in the city on the first of April. You were still able to go out for essential shopping, but by now most places were closed.

My routine was to work from home and get a takeaway coffee in the morning and at lunch. A normal day would usually have me working in two or three cafes throughout the day. Instead, I spent all day working from home. The highlight of my days was the evening walk to a supermarket to get supplies. 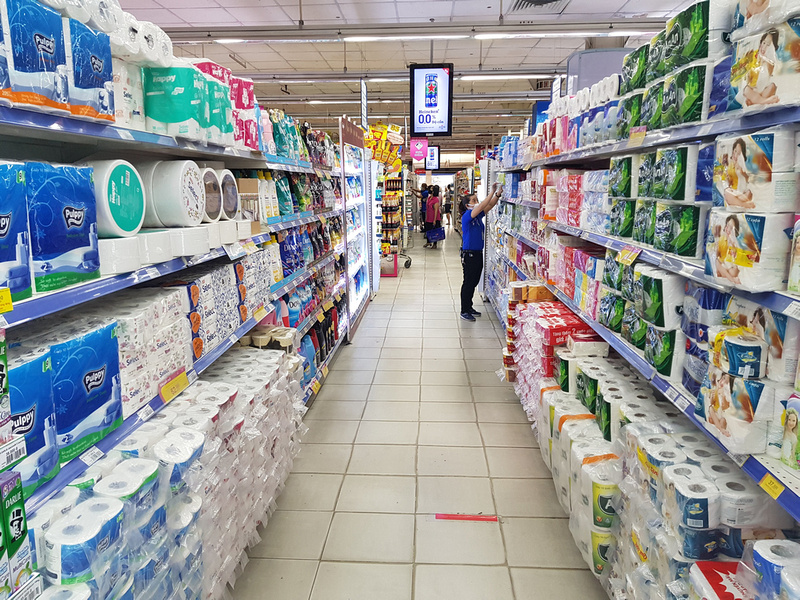 It was strange to see usually busy streets so empty. 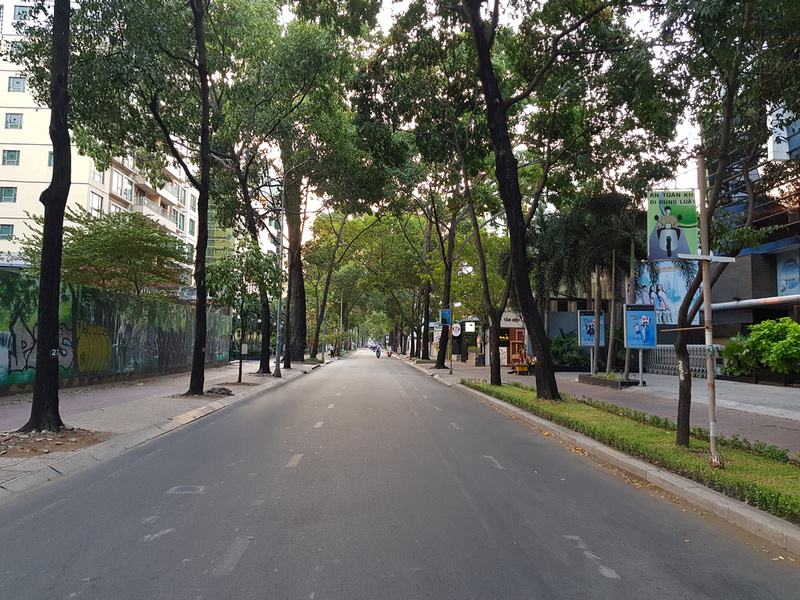 There were some days where you would be forgiven for thinking that my lockdown life didn’t look much different from my normal life. As someone who works remotely I have cultivated the discipline needed to work from home. 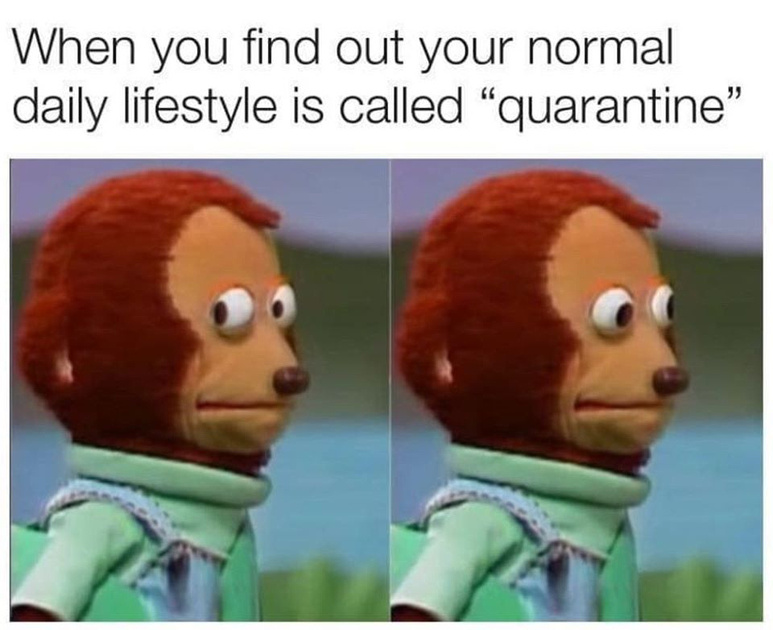 Even though as an introvert I am adept at working in isolation, I still prefer to do it on my terms. A normal week for me usually involves coffee dates and dinner with friends, so the complete isolation is a disruption.

Since I got back from Thailand in mid March I had hardly seen anyone I know. On one of my supermarket walks I ran into my cousin, who has a “real job” in an office where they were allowed to work. He was on his way home on his bike and he spotted me walking along. He was the only friend I saw for a month.

As far as getting work done I have been fairly productive. I’ve been saying for years that I need to slow down for a while and knuckle down to work on new things, so it only took a pandemic to do so.

Not that I am the model of productivity. In my case my travel business has collapsed into a pile of rubble, so my productivity has been a forced necessity. This was not my time to write King Lear.

Just a reminder that when Shakespeare was quarantined because of the plague, he wrote King Lear.

And I was not going to be coming up with new laws of physics either.

When Isaac Newton stayed at home to avoid the 1665 plague, he discovered the laws of gravity, optics, and he invented calculus.

It’s rumored that there was a strict “No TV” rule in his household. pic.twitter.com/0uLmmb65s5

I did keep Newton in my mind though. He was a puritanical virgin who preferred to be locked in his room most of the time, so I figured a month living like Newton wouldn’t hurt.

I would love to be able to sit around all day and watch TV, or maybe even discover what Animal Crossing is all about. I am probably not eligible for government assistance in Australia, so video games and TV will have to wait until I start making money again.

I generally avoid watching TV anyway, so I didn’t sink into a morass of subscription TV binge-watching. I’ve still never seen Breaking Bad or Game of Thrones, and now was not the time to start. I avoided the hype of Tiger King, as I am exposed to enough dysfunctional people without having to invite into my proverbial TV lounge (I live in a studio room).

I did get round to watching The Mandalorian, and I’m glad there is only one season so far because I would have binged the lot. I’m also enjoying watching The Last Dance (the Michael Jordan documentary), which is being released two episodes per week. 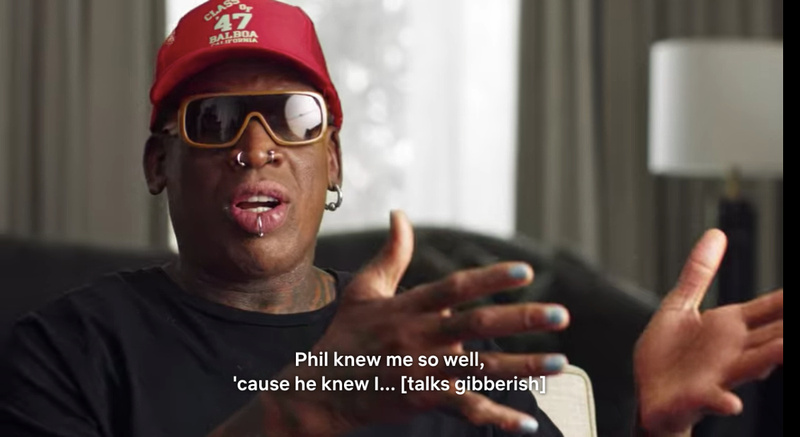 [Dennis Rodman on The Last Dance.]

I have been watching Ian and Dan from the Tropical MBA. They are in lockdown in Austin and have been putting out an informal daily talk show (its tagline should be “loose and sweary”). I know them both, so it’s been a good addition to have familiar voices in the background while I work.

With no demand for travel information I’ve been working on my construction and infrastructure site at Future Southeast Asia (previously known as Living In Asia). Previously I was averaging about one post per month. I’m now committed to posting one article per week and turning it into an authority site for transport and construction in Southeast Asia. To support this I launched a new newsletter at news.futuresoutheastasia.com. Here is my introduction to the Future Southeast Asia Newsletter. 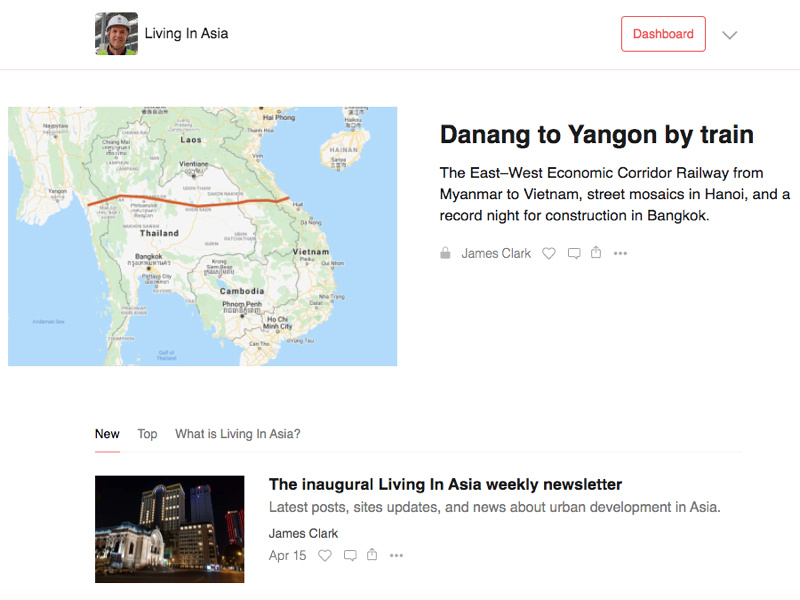 It’s been invigorating to work on something new. It’s hard to get started on neglected projects when you are just coasting along and doing ok. Now that my back is against the wall in terms of business, the pandemic has forced my hand to work on other things. It feels like when I first started out while I was working in crappy jobs in Dublin in 2002/2003.

Substack is a hybrid email service and blog. They started in 2017, and they launched with the China news site, sinocism.com (which is a great name for a China-watch site). This site is reported to have over 50,000 subscribers. Substack also offers the ability to be a subscription membership site, so it’s like WordPress, Mailchimp, and Patreon all blended into one site. Apart from a few sites like Sinocism, they don’t offer custom domains yet, but I am ok with the Substack subdomain.

For myself the goal is to reach 1000 paid subscribers – 1000 true fans – in addition to the free subscribers.

Having subscribers at Future Southeast Asia indirectly supports Nomadic Notes as well. I plan to do field trips in the future for Living In Asia that would also become blog posts here.

So far Substack seems to be a popular platform among journalists writing about Asia. Some other sites include:

asiasentinel.com – news, analysis and opinion on national and regional issues in Asia (and another site with their own domain).

newsilkroad.substack.com – Insider information about the New Silk Road and Belt and Road, by Wade Shepard. Here is his blog post about launching the newsletter.

darimulut.substack.com – Southeast Asia news round up.

In the travelsphere there is couchfish.substack.com by Travelfish, which is keeping your Southeast Asia travel dreams alive while you are stuck on the couch.

I’ve been subscribed to the Asia news sites for a while, but I haven’t seen Substack used within the travel blogging world.

I have a free weekly newsletter here at Nomadic Notes which goes out every Friday. I’ve also decided to move my newsletter, and it can found at newsletter.nomadicnotes.com. If you haven’t already done so you can subscribe here:

[The Caravelle Hotel – WE are in this together.]

I’ve been lucky to be in Vietnam during this time as they have been one of the leading countries in containing the virus. Wearing masks in public is compulsory here, and everyone is on board with that. It boggles my mind that there is still such resistance to wearing masks in western countries. JetBlue became the first airline in the US to require wearing face masks, which they announced at the end of April. They are only doing this now! 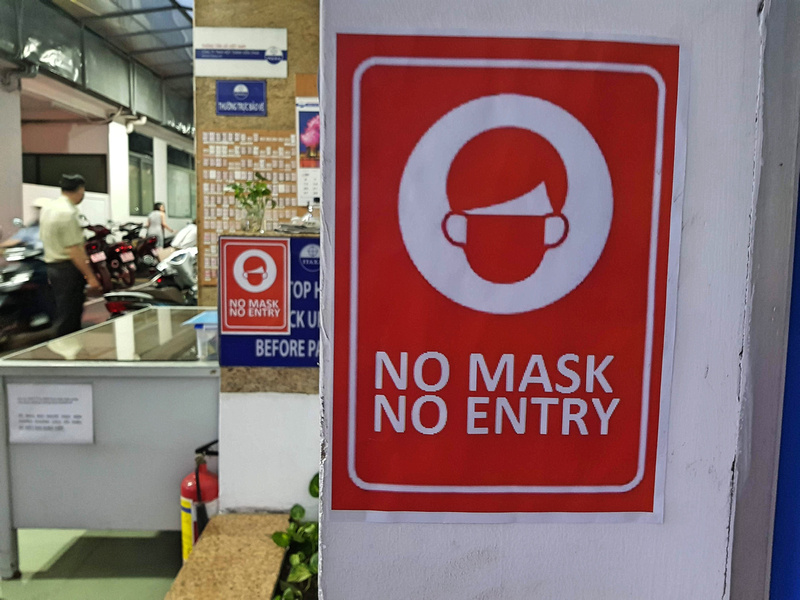 On the 23rd of April social distancing restrictions were relaxed, with some cafes and restaurants opening up. I had my first coffee meeting with my cousin who I ran into during the month.

And after living on takeaway food and instant noodles, this bowl of ramen was heavenly. I wasn’t planning for ramen to be my first meal back from isolation, it just so happened that I was walking by and the ramen chose me.

After a week of no new coronavirus cases, and only 44 active cases left in Vietnam, social restrictions were eased today. Places are slowly opening up. One of my go-to cafes was open, and my regular ramen place was open as well. It's still face mask and hand sanitizer land, and we aren't out of the woods yet, but it was damn nice to be in my natural habitat of cafes and restaurants.

We are not in the clear yet, so this is no time to relax. It would only take one outbreak to ruin everyone’s day.

My visa runs out in May so I have to get it extended in-country, which costs $305USD for 3 months. I would usually spend that money on a visa run, but no complaints otherwise.

I was hoping that some travel bubbles might be established with other countries, like Australia and New Zealand are considering. Vietnam-Taiwan would be great, but I think a more likely outcome is going to be local travel for a while.

With domestic flights now restarting I will look to do some travel within Vietnam and do my part to help the travel industry reestablish itself. I had almost considered going somewhere at the end of the month to shake off a month of being in my room. Then I remembered that the 30th of April is Reunification Day, and the next day is Labour Day. 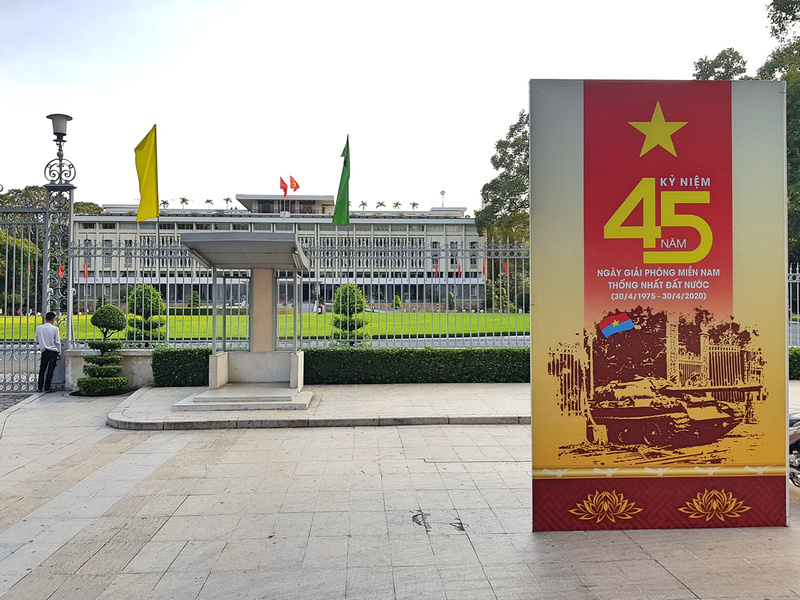 This year those holidays fall on a Thursday and Friday, and as expected there was a mad rush out of the city for the extra long weekend. I had mistakenly booked a trip on Reunification Day last year, so I won’t make that mistake again.

By the end of the month Vietnam had recorded six days straight with no new COVID-19 cases, with 270 cases in total and no deaths. Hopefully, the big travel weekend doesn’t stir up new cases. 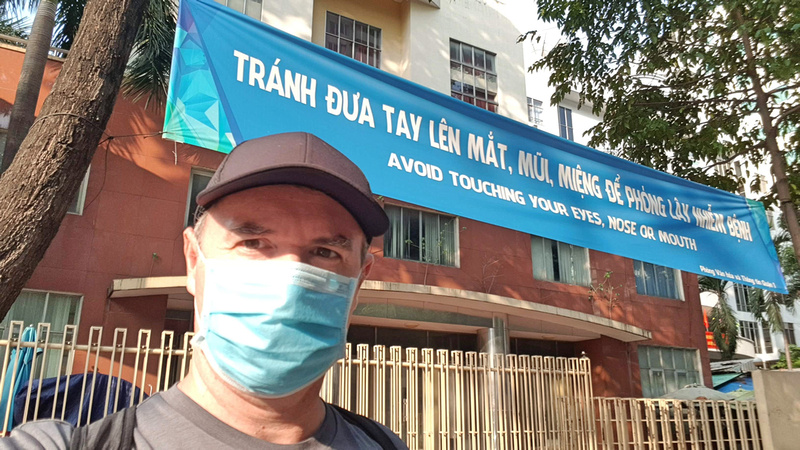 [I can’t wait to touch my face in public again.]

One travel blog post from my trip to Thailand in March. I look forward to the day when I have a backlog of months of blog posts to get through.