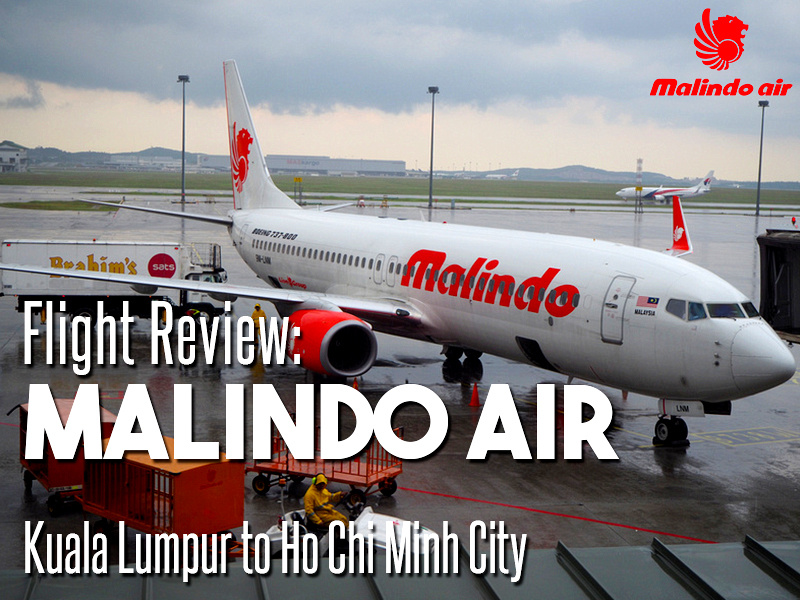 I flew with Malindo Air from Kuala Lumpur to Ho Chi Minh City. I compared flights online with Skyscanner and picked this for its time of day and airline.

The ticket was 297 MYR ($71.62 USD) which includes a bag. While it wasn’t the absolute cheapest flight of the day out of all the options, it was still a good deal. I have flown Malindo before from KL to Bali and I was impressed with the airline. They are a kind of hybrid airline, mixing the low-cost model while still offering some of the frills of a full-service airline. 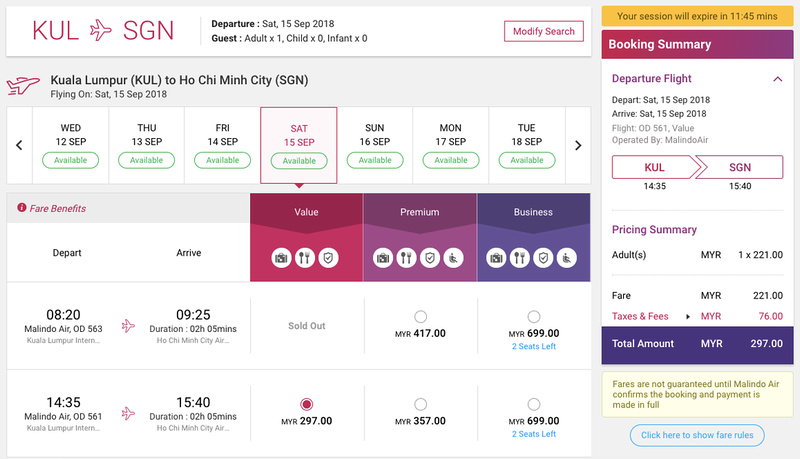 I checked in online and there I was able to select my own seat for free. 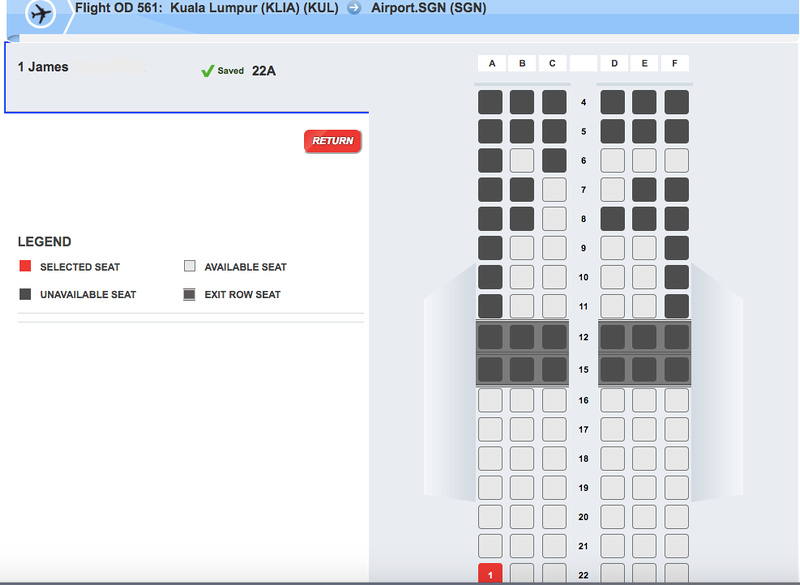 I always use the airport train if there is one available, and KL happens to have the best airport railway in Southeast Asia. As a full-service airline, Malindo offers a bag checking service on the KL Airport Express train. At KL Sentral there is a check-in counter where you can check your bag before getting on the train. I did this on my previous flight to Bali and it was a smooth service. This time I wanted to try the check-in experience at the airport. 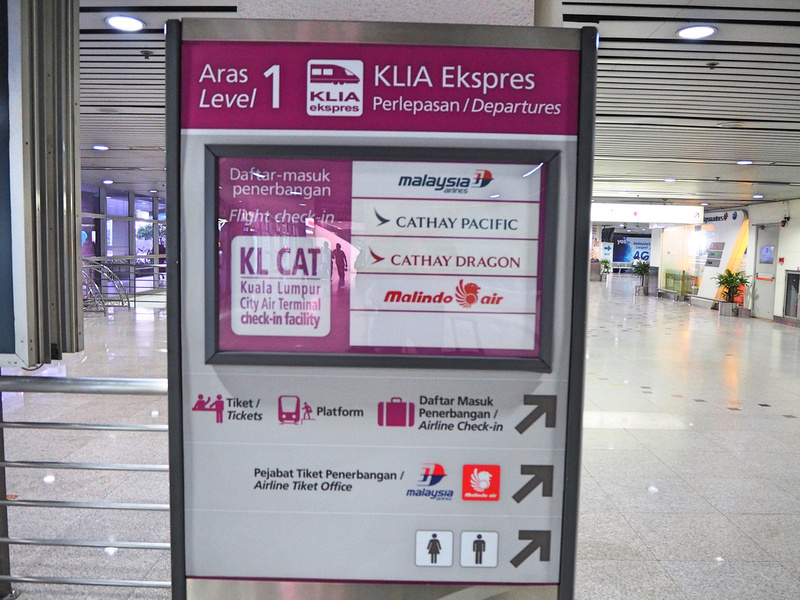 Another difference from the other low-cost airlines is that Malindo uses the main terminal, and not the KLIA2 terminal which is used by AirAsia.

There is a good food court on the landside (Food Garden) which has reasonably priced meals. 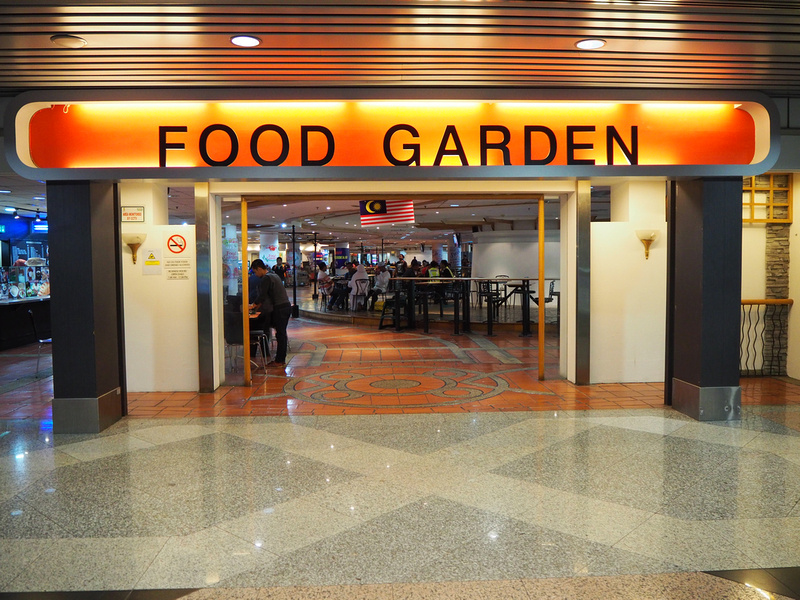 I was there early but it was no problem to drop my bag at the online check-in line. 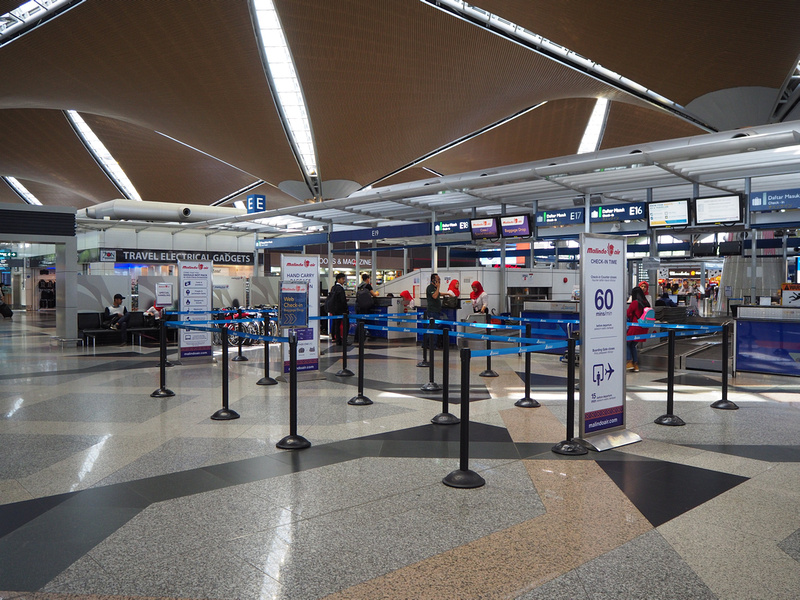 Even with other flights going out the line was very manageable. 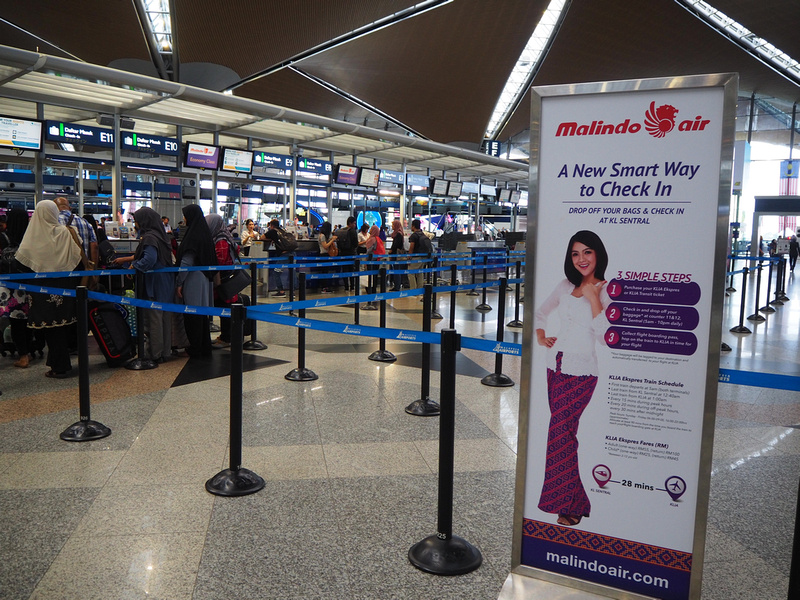 I got there early to get some work done for a few hours. There is a great Starbucks at KUL which has one of the best windows for viewing aircraft. 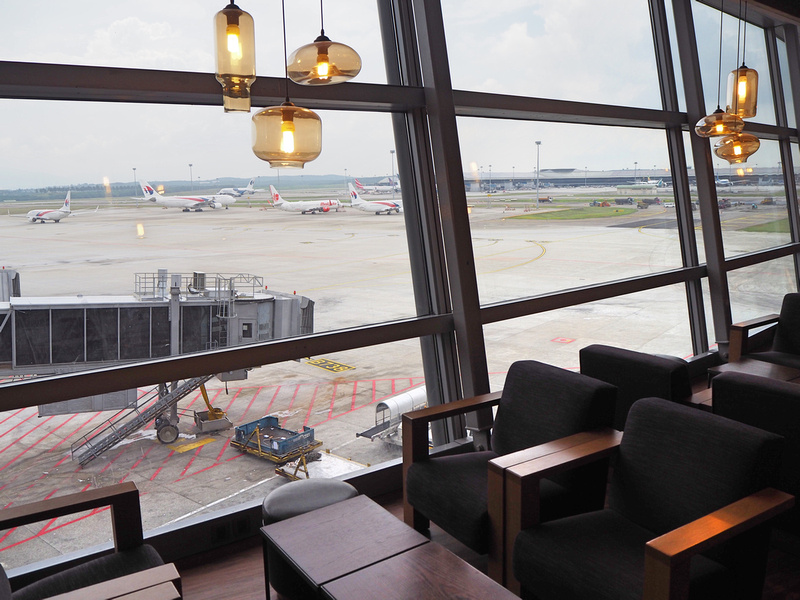 It developed into a rainy day, so lucky for us there was no bus to the plane here. 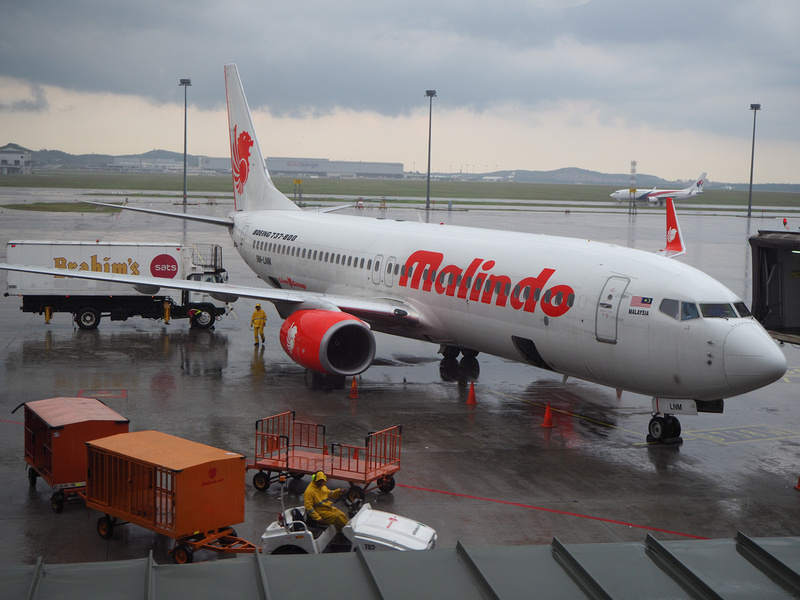 This flight departs at 14.35 and arrives at 15:40 (1 hour behind), for a scheduled flight time of 2H, 5M. Here we are taking off over the endless sea of palm oil plantations. 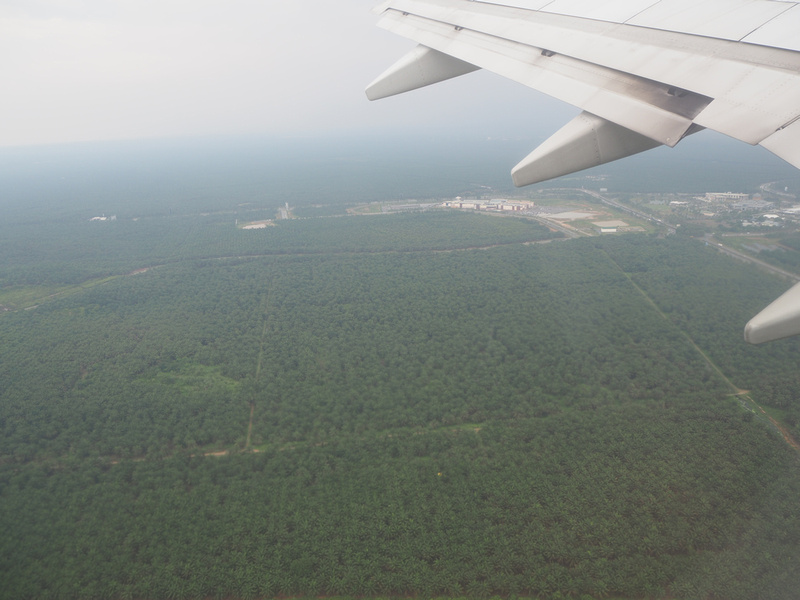 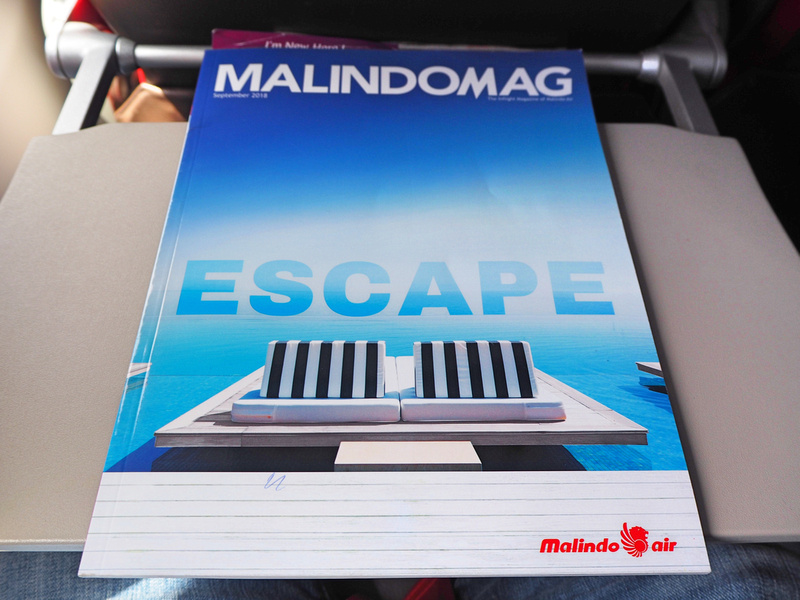 The route map for Asia. 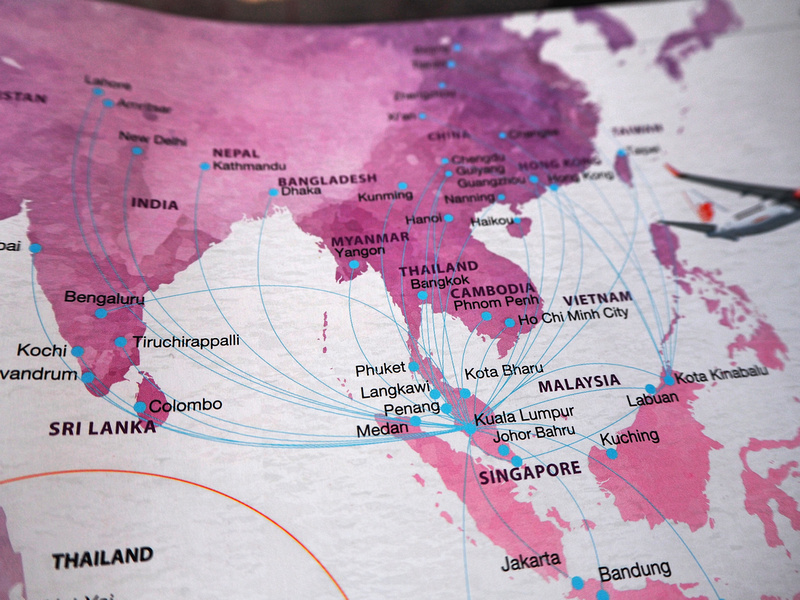 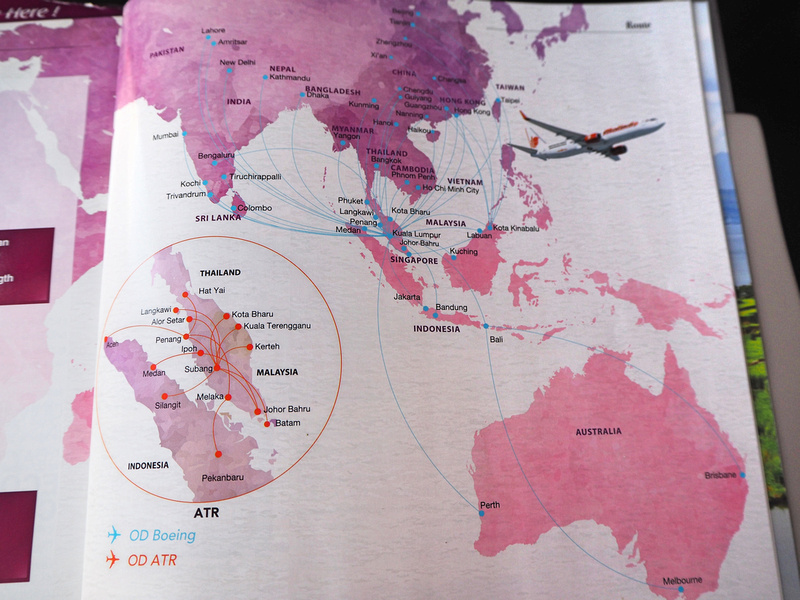 I was also happy to see that Malindo are now operating flights to Lake Toba (via a nearby airport and not Medan). I spent a month at Toba and would love to go back. Not having to go via Medan is a bonus. 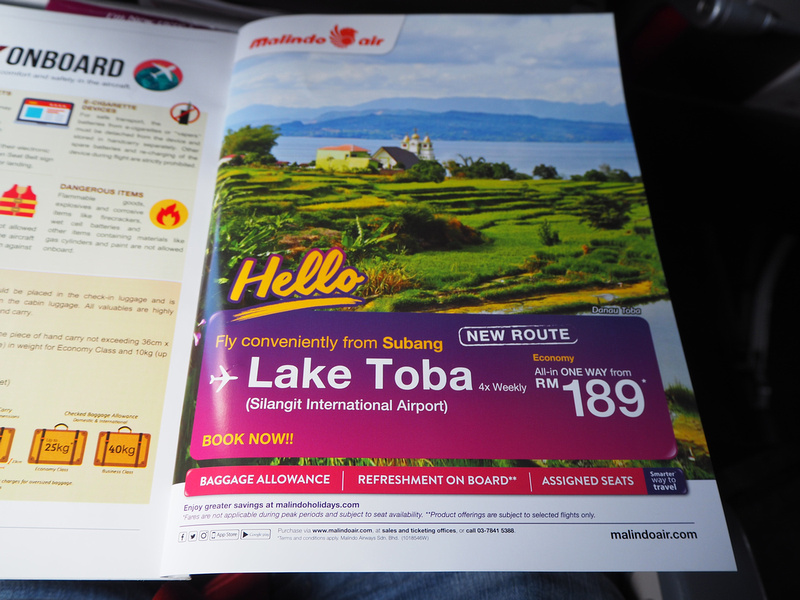 Malindo have onboard entertainment units with a variety of Hollywood movies loaded up. The flight time was about 90 minutes, so not enough time to watch a movie in this case. 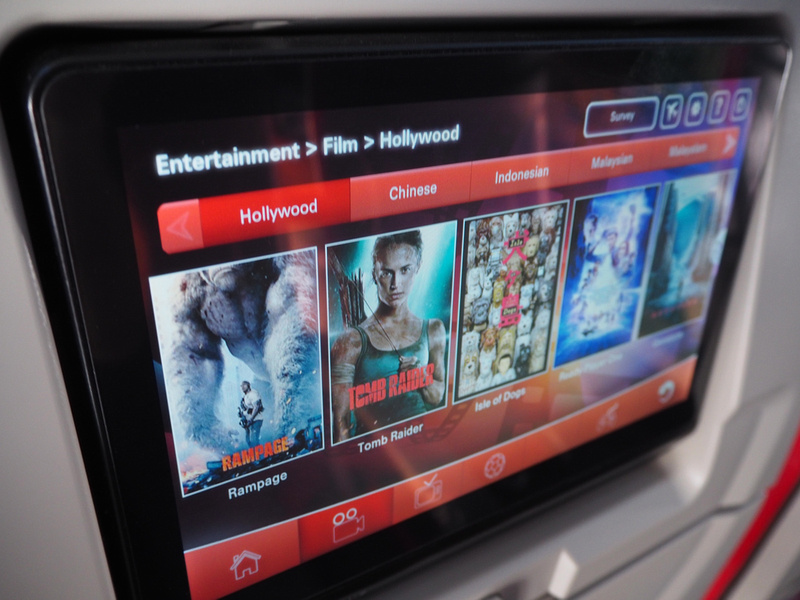 Another good thing about Malindo is they have decent legroom (same as any legacy carrier). They have not gone down the path of low cost airlines that offer little leg room.

I like having the entertainment unit for the flight show. I had a window seat so it was useful to see what we were flying over. 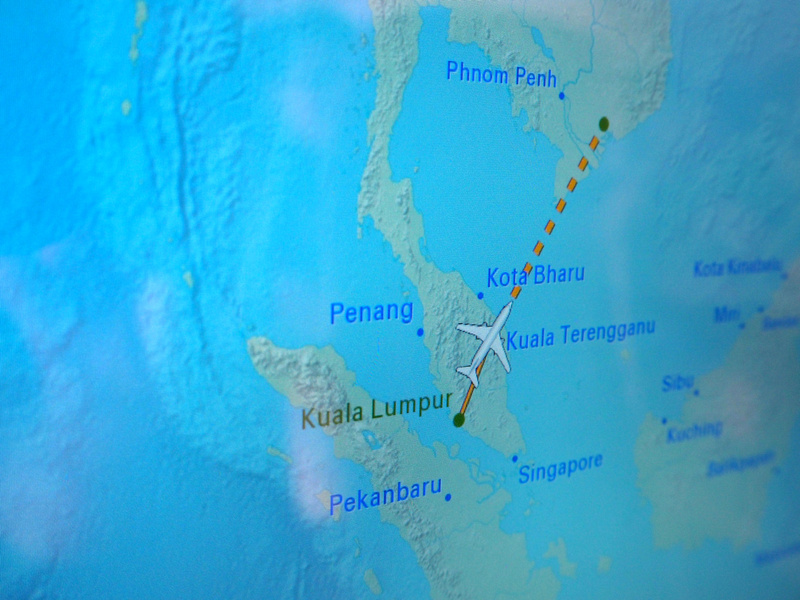 There is a free meal service onboard, and todays lunch was a choice between a chicken or mushroom/cheese panini. 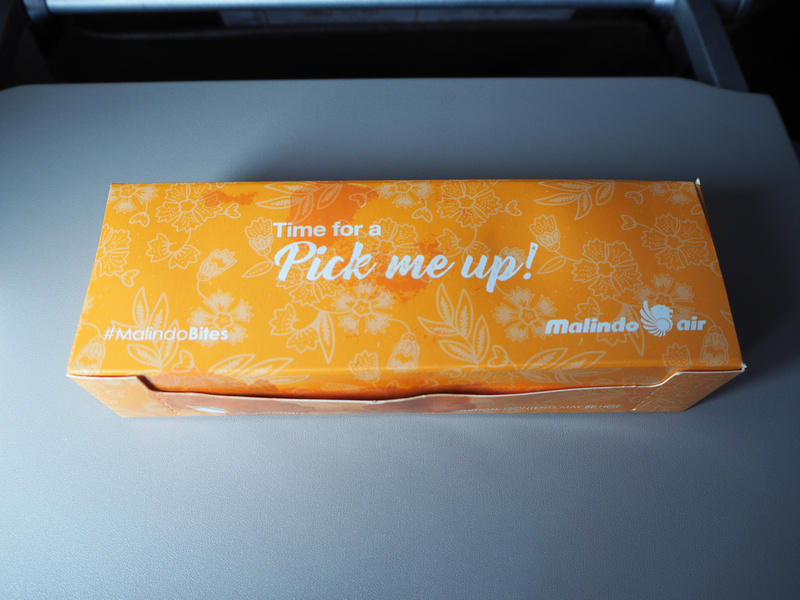 I got the mushroom and cheese one, which tasted better than it looked. There was also a cake slice. 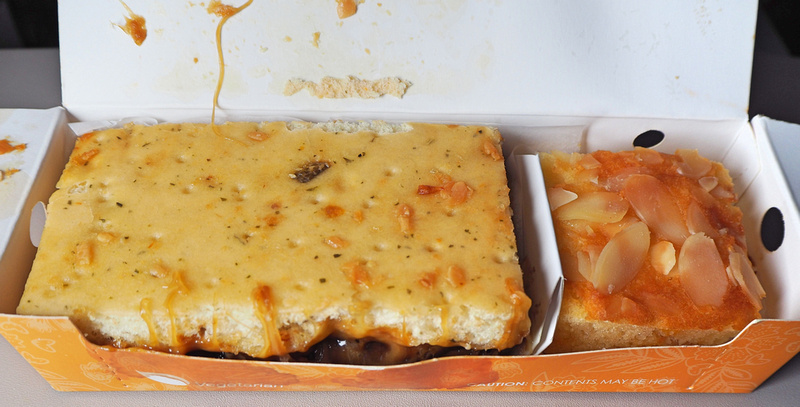 A free drink service as well. 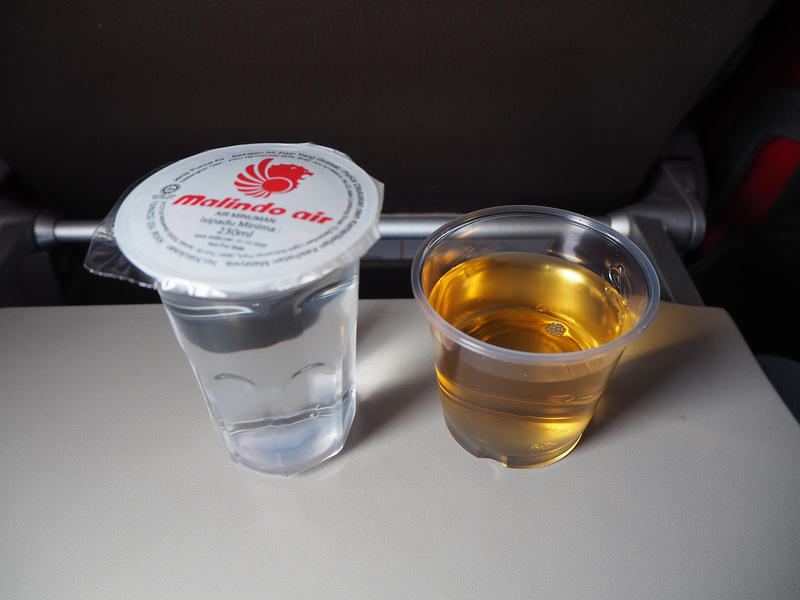 When I booked this flight I forgot about my experience in June when flying back to Saigon in the afternoon. During the rainy season it almost always rains in the afternoon, making for rough flying conditions. And here I was again flying back during a rainy afternoon. I was a rough approach to SGN. We arrived pretty much on time. 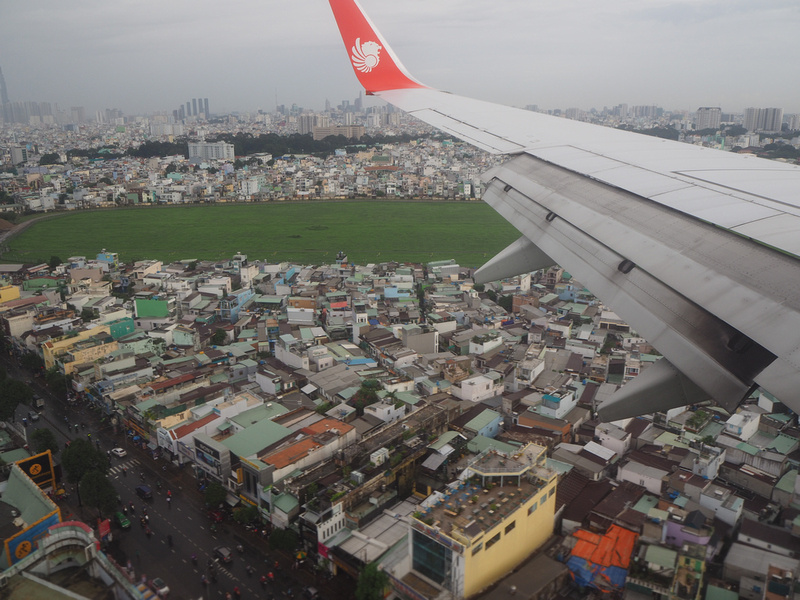 Overall this was a good flight option to get from KL to Saigon. I will be looking out for fares to Australia in the future.