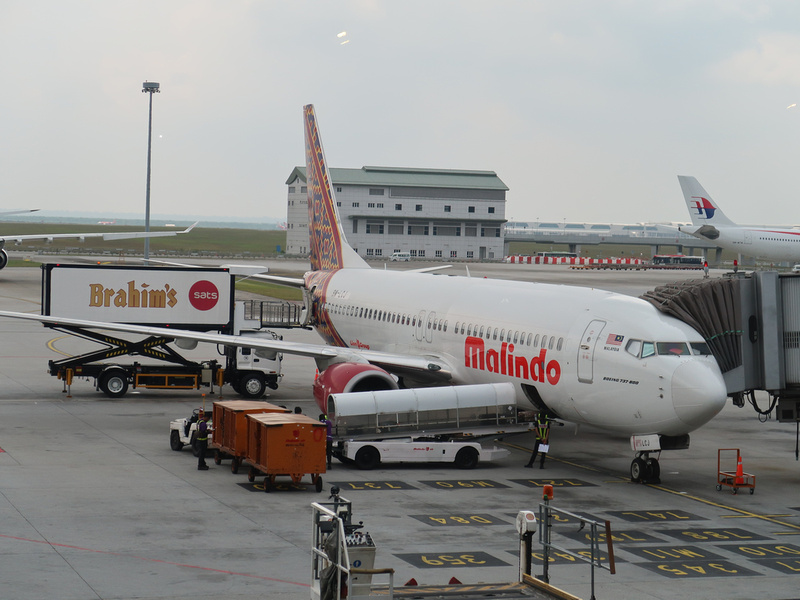 I flew with Malindo Air from Jakarta to Ho Chi Minh City, via Kuala Lumpur.

At present there is only one direct flight between Jakarta and Ho Chi Minh City, and that’s with Vietnam Airlines. With no competition the airfares are about double compared to connecting flights. VietJet Air announced in 2017 that they will soon operate direct flights from Ho Chi Minh City to Jakarta, but it hasn’t launched yet.

I compared connecting flight options with Skyscanner, and Malindo was the best option for price and time of day.

I’ve flown with Malindo Air before and they are a surprisingly good airline. I say that because they are part of the Lion Air group, which has had its problems over the last decade. In addition to Lion Air, I’ve also flown with Thai Lion Air and Lion subsidiary Wings Air.

On Skyscanner the flight was showing as $64 USD, which is a great deal for two flights. When I went to book on the Malindo site my credit card was not being accepted. I had the same problem when trying to book a Lion Air flight as well. I have more problems with booking flights in Indonesia than any other country I’ve flown in.

Fortunately Skyscanner shows options from online travel agents, so I went with the ever-reliable Trip. I’m always amazed that this Chinese travel site is so user-friendly for English speakers.

The total price was $73.74 USD, but at this point I didn’t mind the extra $10 compared to trying to contact Malindo to get my credit card approved. 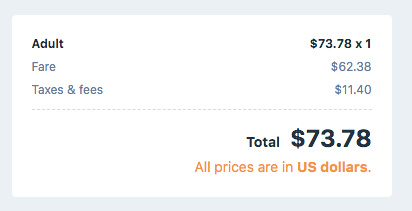 I got a Grab taxi early in the morning and avoided any Jakarta traffic nightmares. 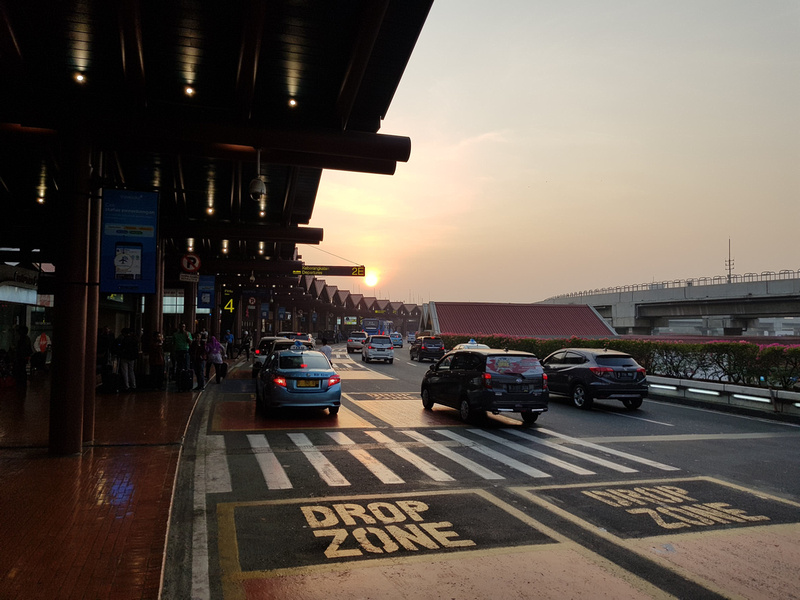 Checking in was smooth process, so I was free to roam around and have a look at Jakarta Airport. It’s actually a nice looking airport. 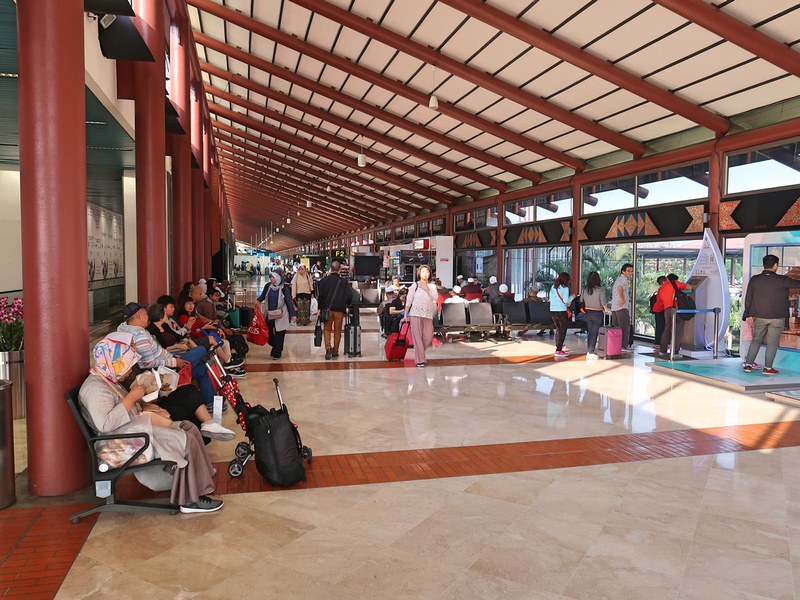 Whenever I see a book shop at an airport I see how my friend Mark Manson is going with his two books. It’s always fun to see these still in the top books shelf. I travel with a Kindle so it’s been a while since I last bought a paper book. I always have some travel books loaded on my Kindle. 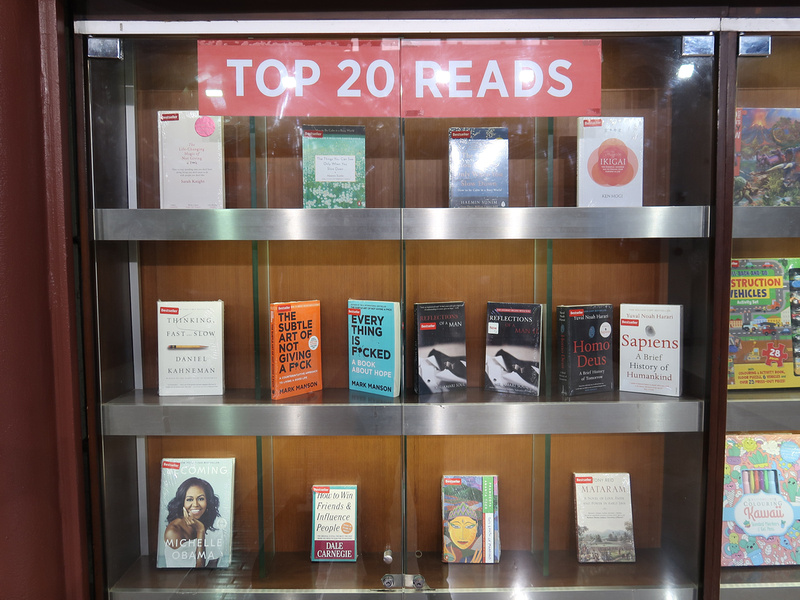 Getting back to Malindo and the Lion Air Group, Malindo and Lion Air use the same Lion logo. I was waiting at the gate doing some work when I heard an announcement for boarding for Kuala Lumpur. I saw the lion logo but didn’t look further than that. I presented my boarding pass and the agent looked a bit confused but let me through anyway. 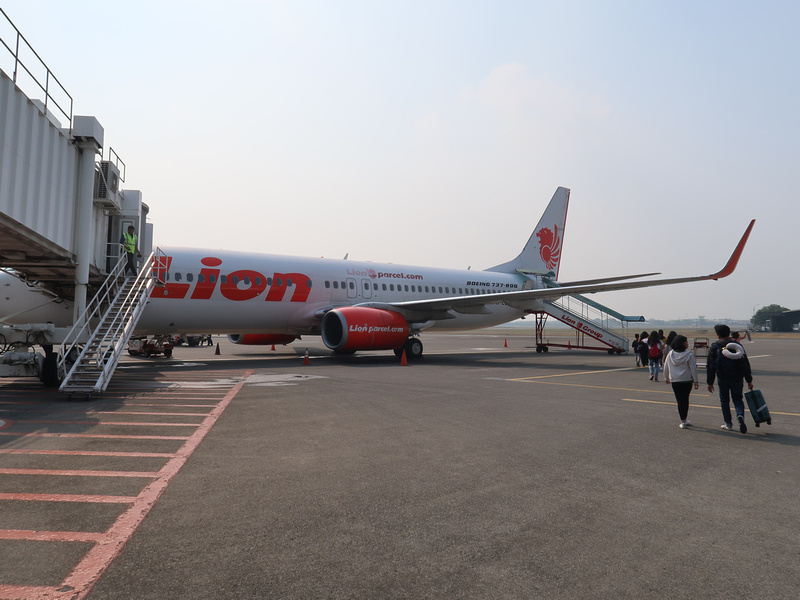 Then we walked down to the tarmac and I could see we were boarding a Lion Air aircraft. I thought maybe they had to lend a plane, which happens sometimes on other airlines. The cabin crew attendant was also confused by my ticket but let me on. I then took my seat on what was a the usual no legroom Lion Air seat. Eventually someone came over and said I was on the wrong flight. I was escorted off and then taken by minivan to the gate where my flight was now boarding. I have no idea how any of that happened. I would like to say it was early and I had no coffee, but I in fact had two coffees because it was so early. At least it was the same destination I almost accidentally went to, unlike the passenger who went to the wrong Sydney. 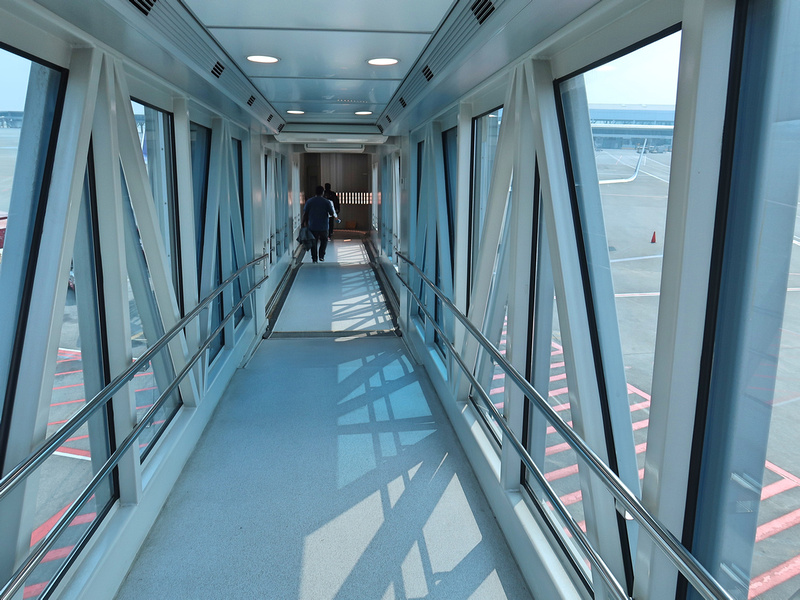 I was happy to see that I was now on the right flight, and I got the exit row that I booked. Onwards to Kuala Lumpur. 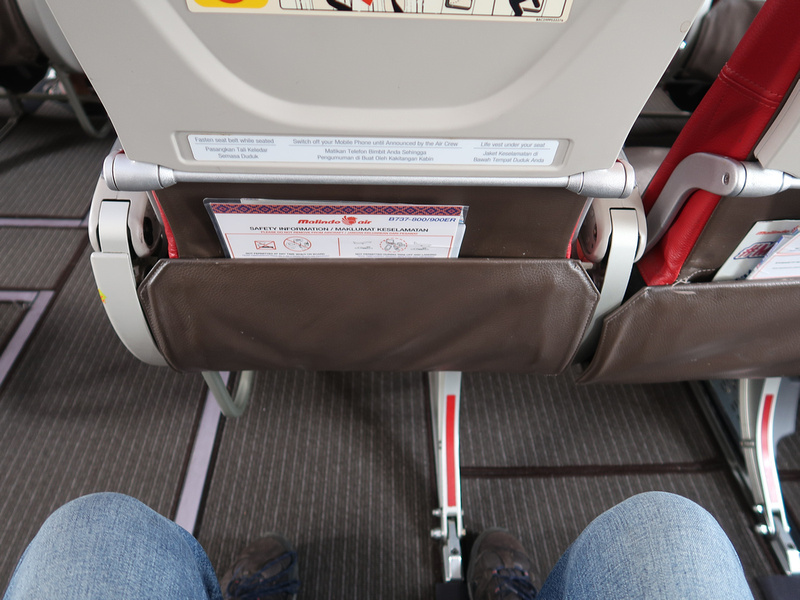 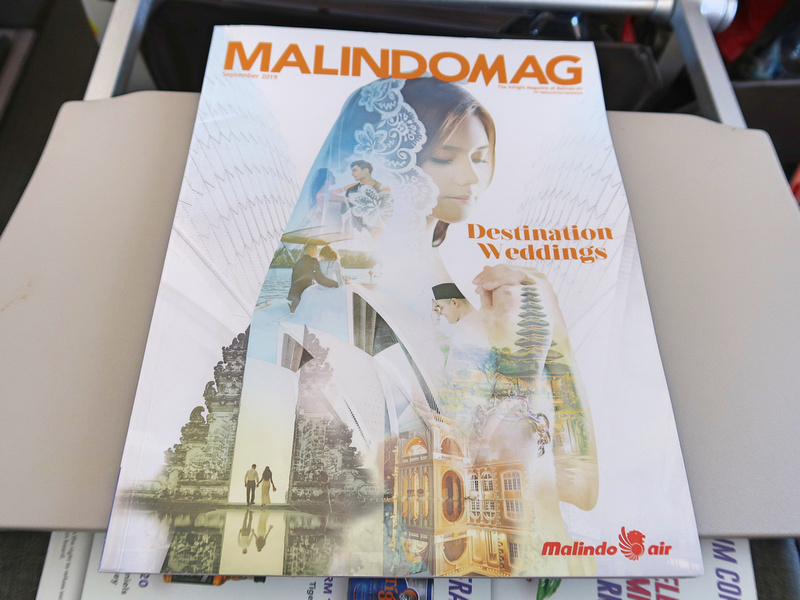 Malindo Air are a hybrid airline, where they operate a low cost model but have some features of a full-service airline. 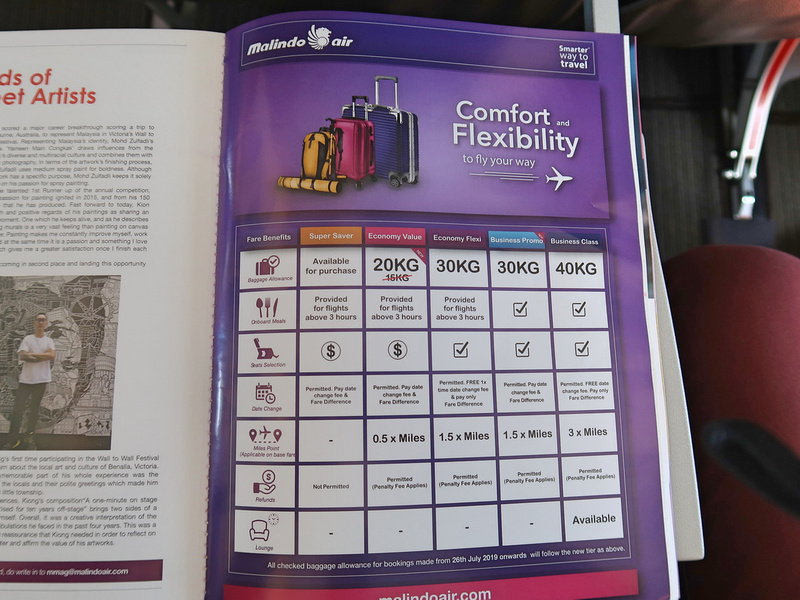 Malindo Air fly to destinations in Asia and Australia, which I will try out eventually. 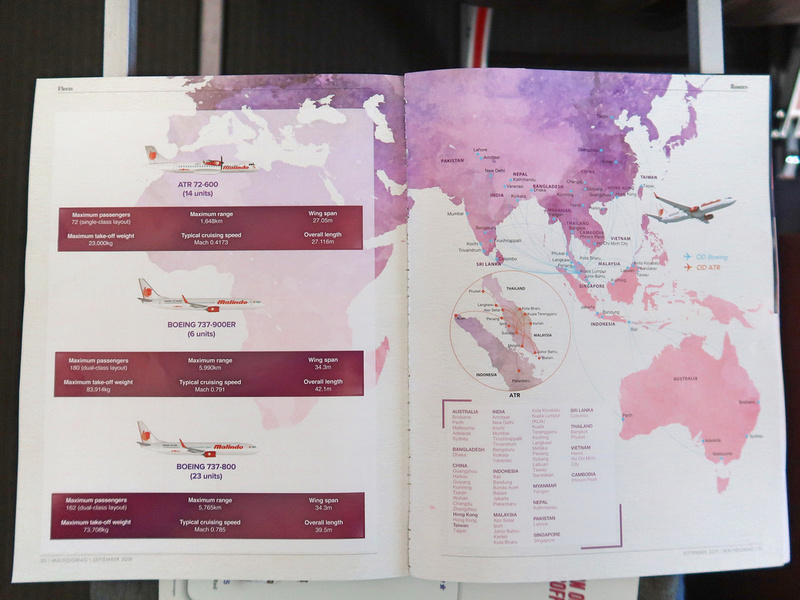 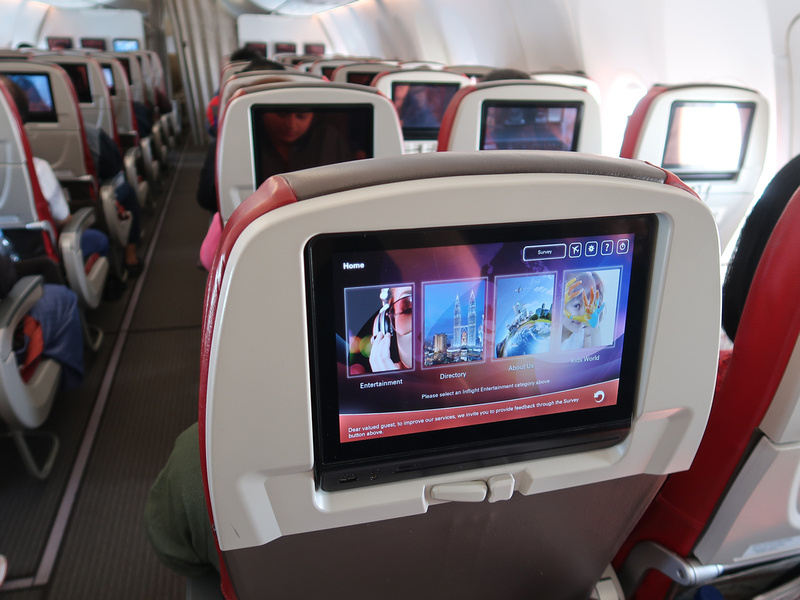 Being a short flight from Jakarta to KL there was no time to watch a movie. 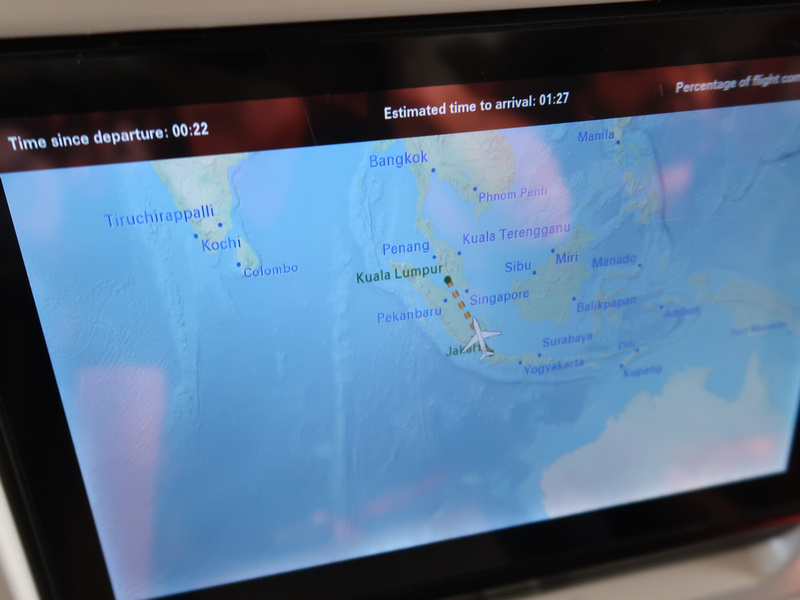 Meals are served on flights longer than 3 hours, otherwise you can purchase snacks. 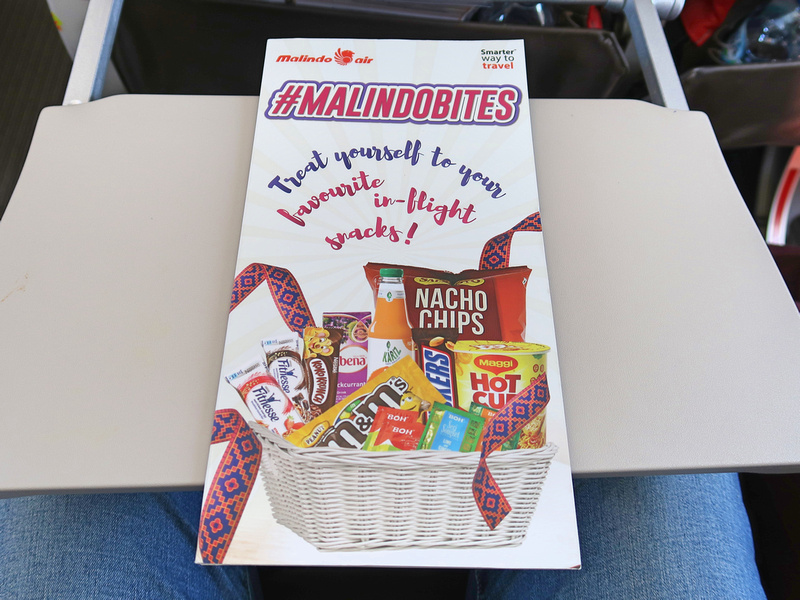 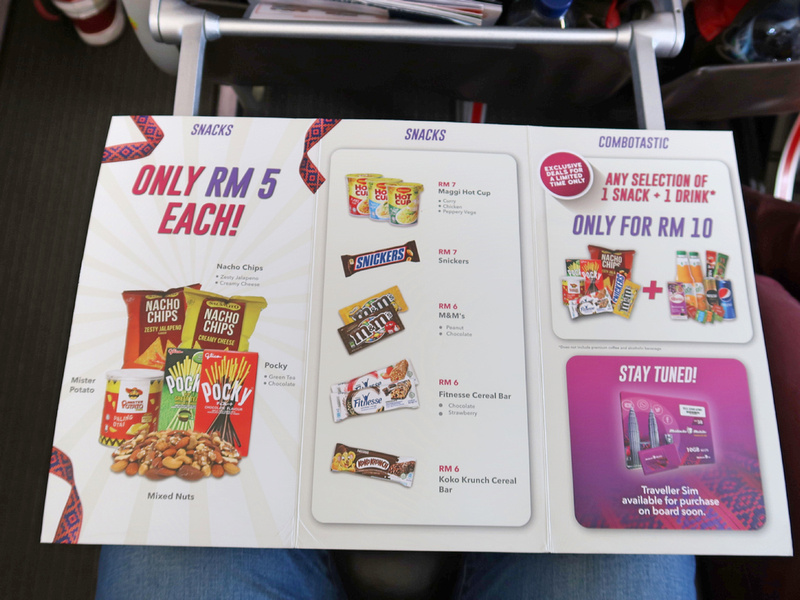 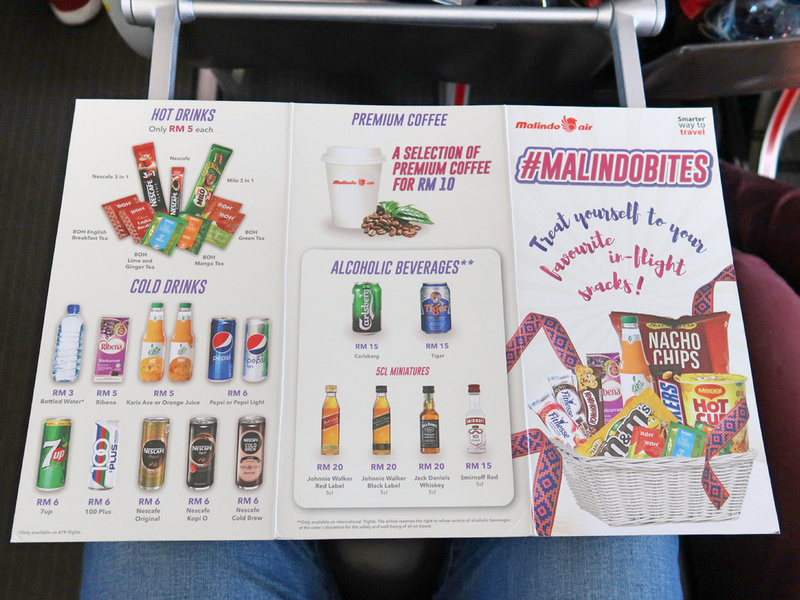 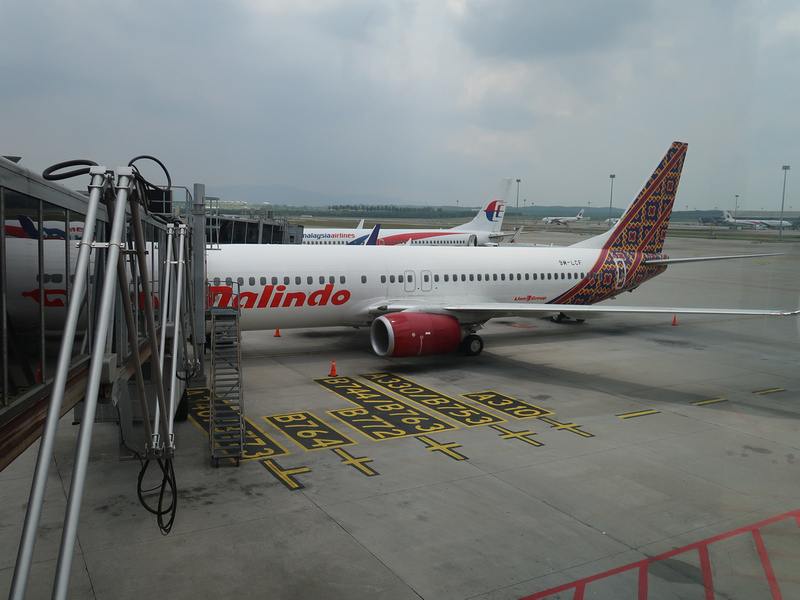 For this flight connection there is a 1 hour 30 minute layover at KUL, so just enough time to have lunch. 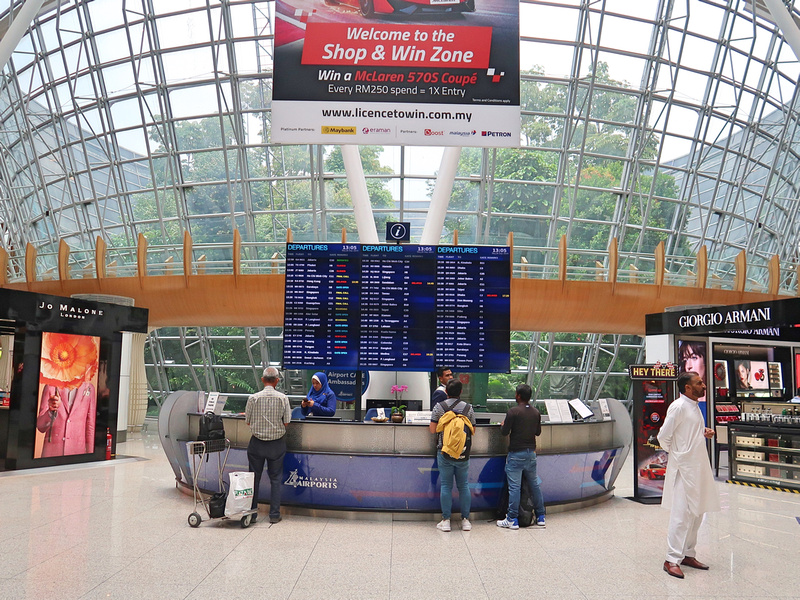 Malindo fly to the main KUL terminal, which is a nicer terminal than KLIA2. 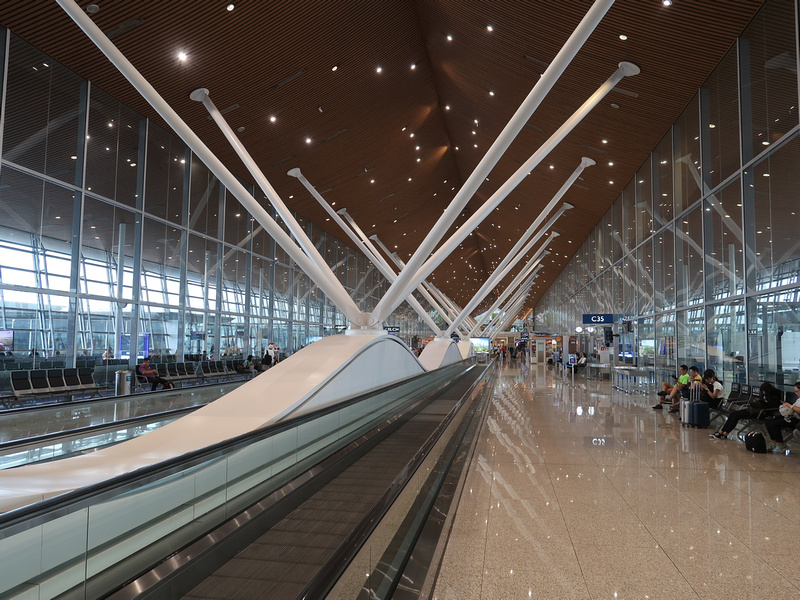 There is even a little jungle walk here. 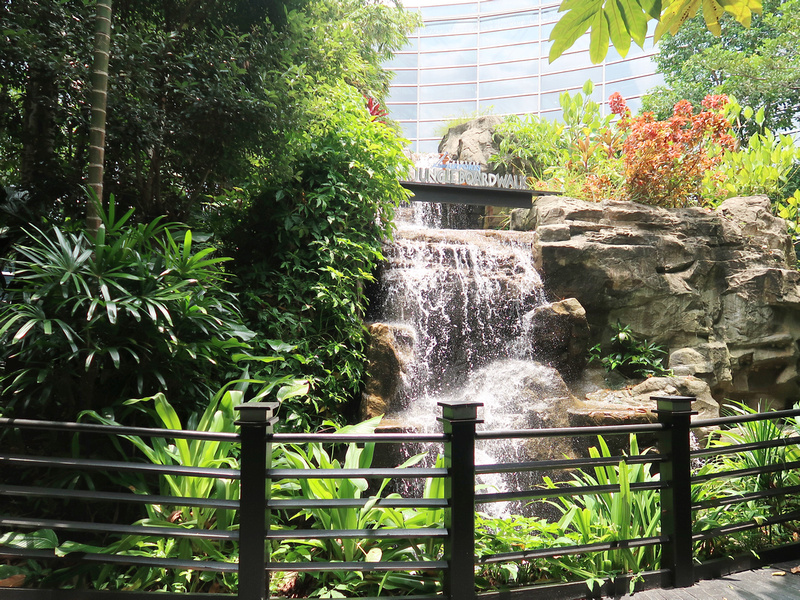 It was still hazy as hell in Malaysia from the forest fires of Sumatra. 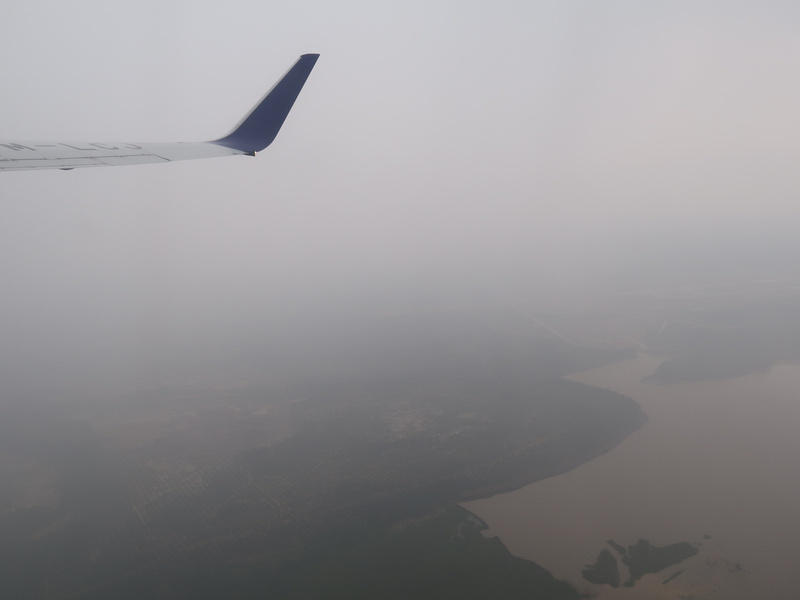 So it was good to be in the air and see the blue sky again. 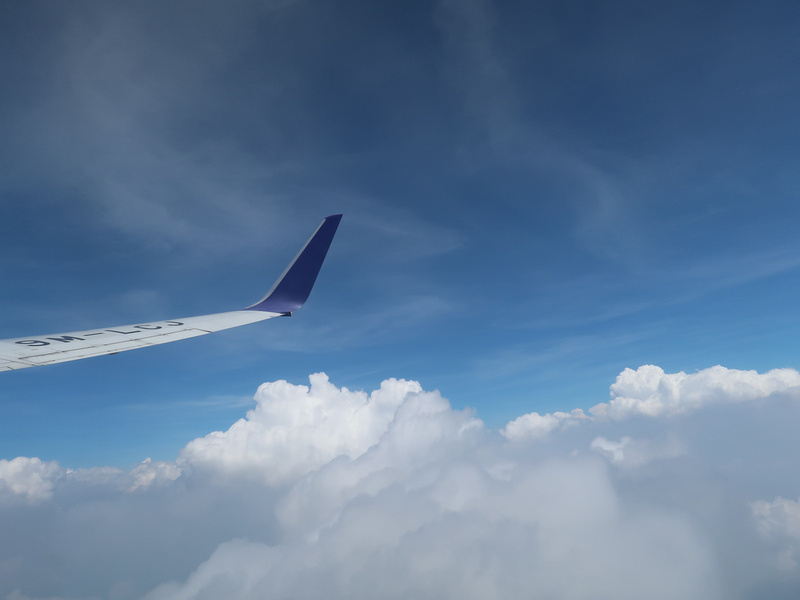 I had a regular seat this time, but it’s still better leg room than any other low cost airline. 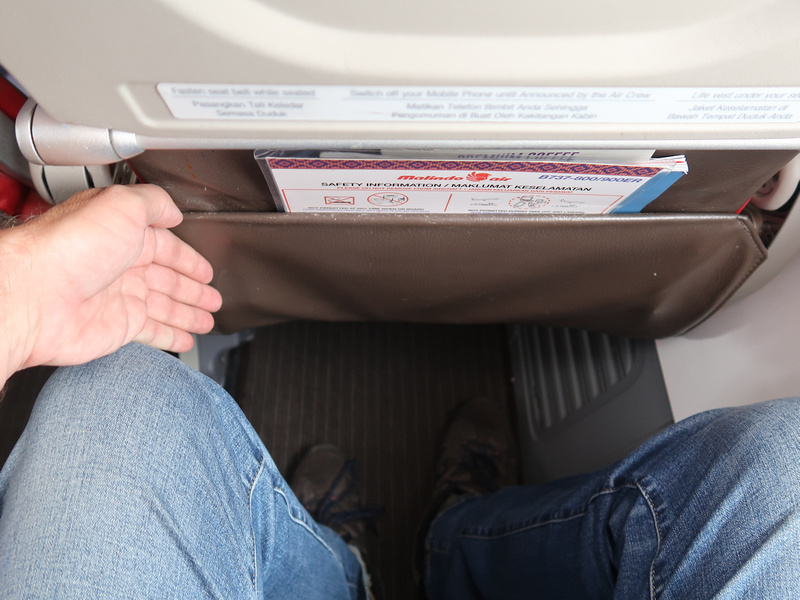 Another short flight so no time for a movie. 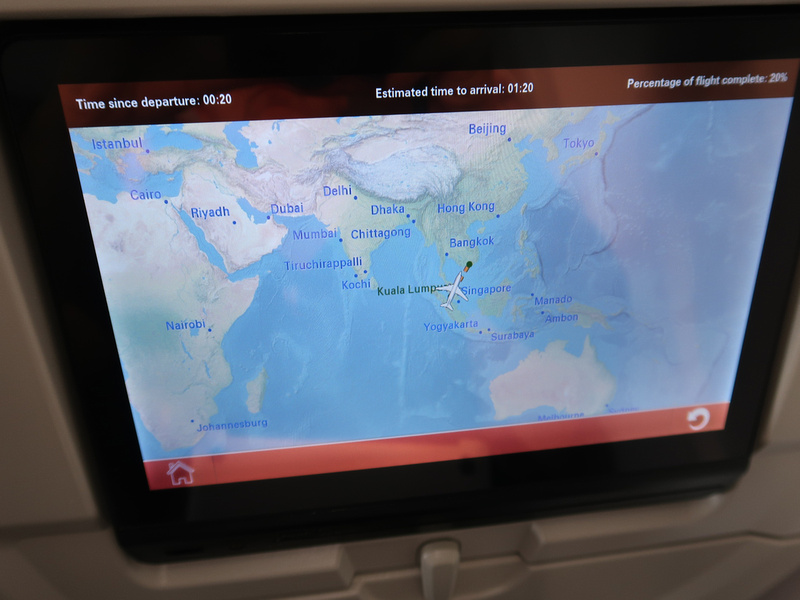 I got a window seat, so I got to see the marvel of the Mekong Delta. 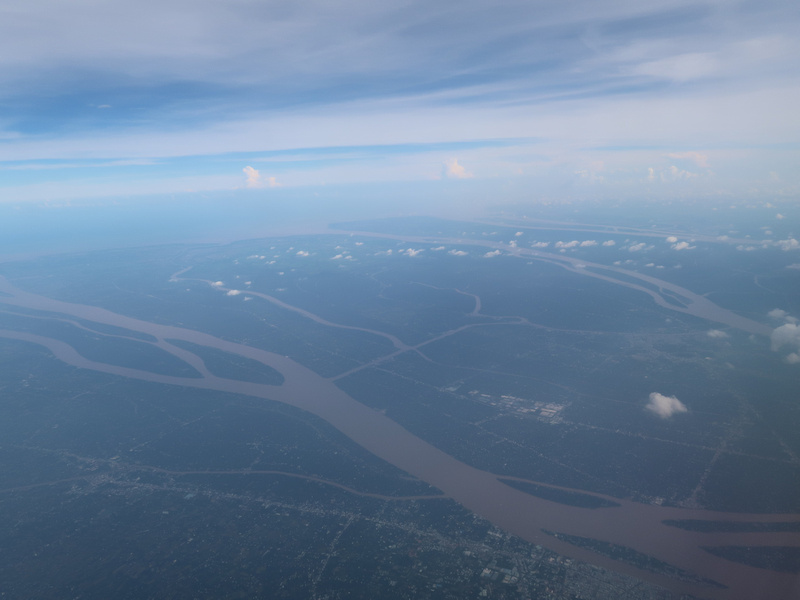 At arriving Tan Son Nhat is always an interesting experience to see all the houses so close to the airport. This is why a new airport will eventually be built in Long Thanh. 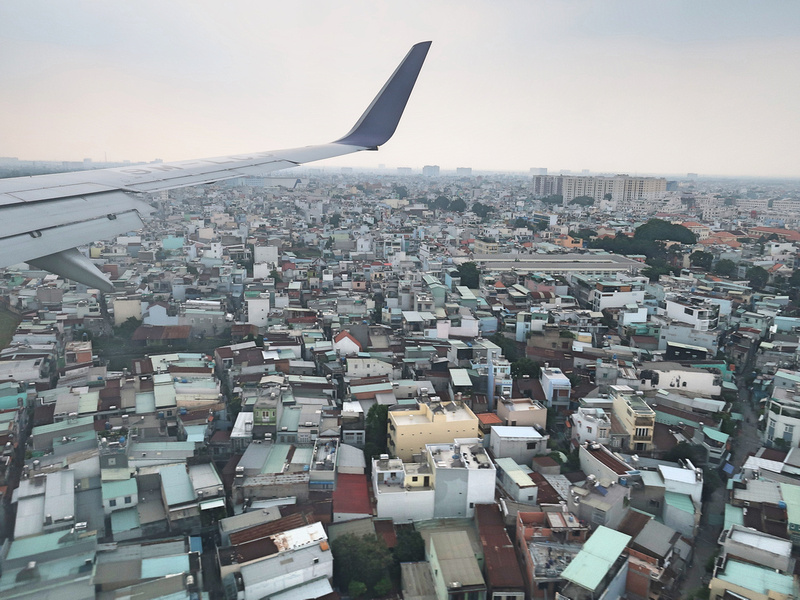 Overall this was a good flight option to get from Jakarta to Saigon. Obviously it would be better to have a direct flight, but I enjoy flying Malindo Air and I have another flight planned with them in the future.