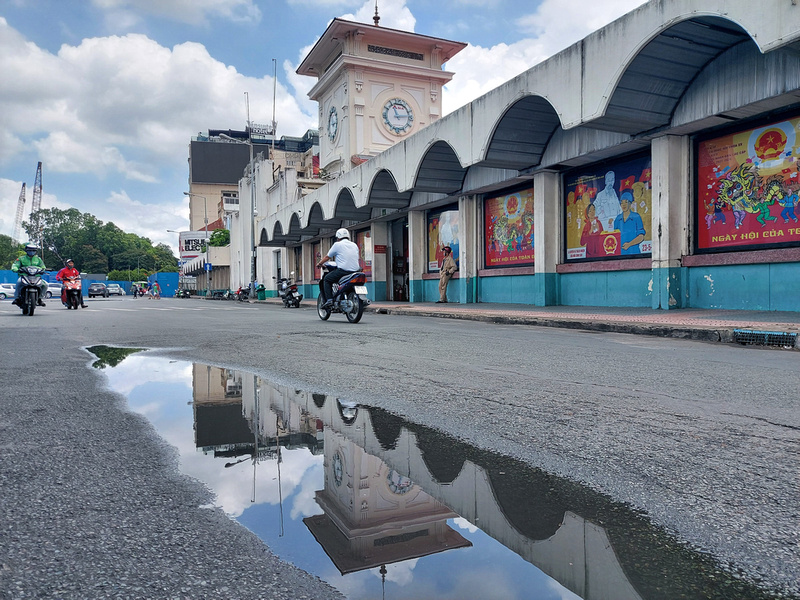 Welcome to another edition of Where I’m At – rounding up my travels (or lack of travel) from the last month, and other news. For the best weekly travel reads, subscribe to my travel newsletter, where I curate the most interesting travel reads from around the web.

Having been inside the eerily idyllic Covid-free bubble of Vietnam, the party is over and I’ve not been outside the city boundary in the last month.

The month began in Saigon with a looming awareness that the virus was back in the country, and that it would only be a matter of time before it was detected in HCMC. After some cases were reported in the north, a single case was recorded here, and the alley of that case was closed off. Lockdowns happen fast here, so I didn’t make any travel plans in case I get stranded away from my home.

By the end of the month it was discovered that the new Covid variant is a hybrid of the India and UK strains, so the government declared two-week social distancing, like we had in April last year. It’s not called a lockdown, and we aren’t barricaded in our homes, but we are asked to only leave home for buying food or in emergenciy situations, or if you have a job that is still allowed to be open. 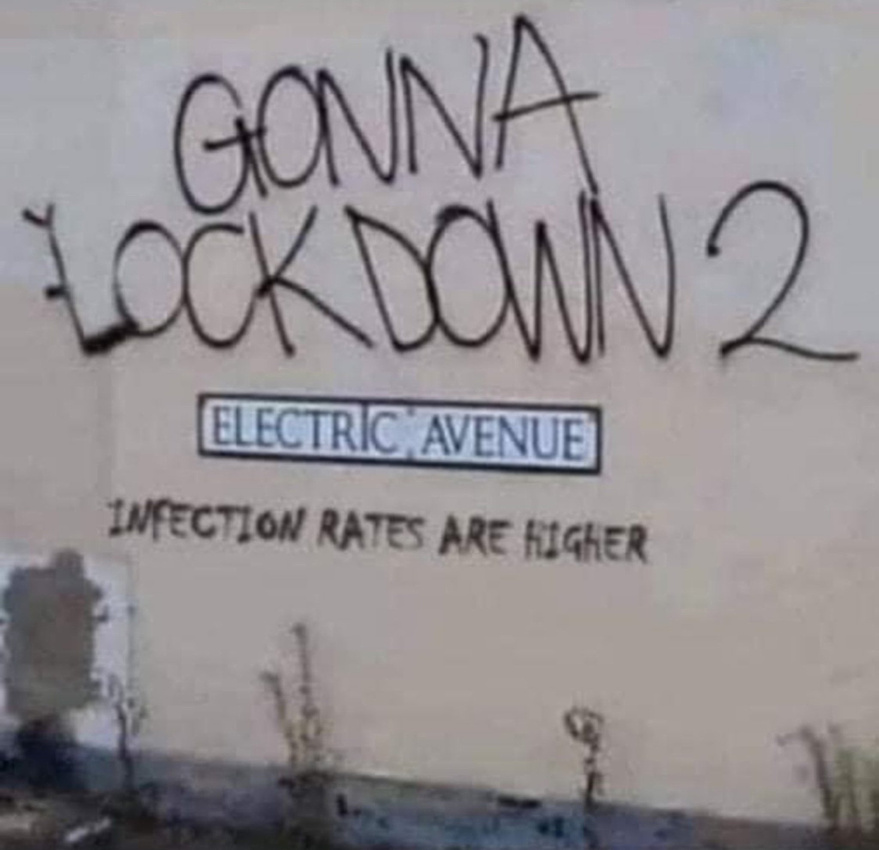 We did this in April last year, and the fruit of that lockdown was for the virus to be completely eradicated locally for most of the year. I think of this while we are asked to stay home again.

Coincidently, my home city of Melbourne has also gone into lockdown at the same time. Vietnam and the state of Victoria have opted for the “go nuclear” approach, with zero tolerance for allowing the virus to spread. Compare that with Malaysia, who have just declared a total lockdown after reaching over 8,000 cases per day. 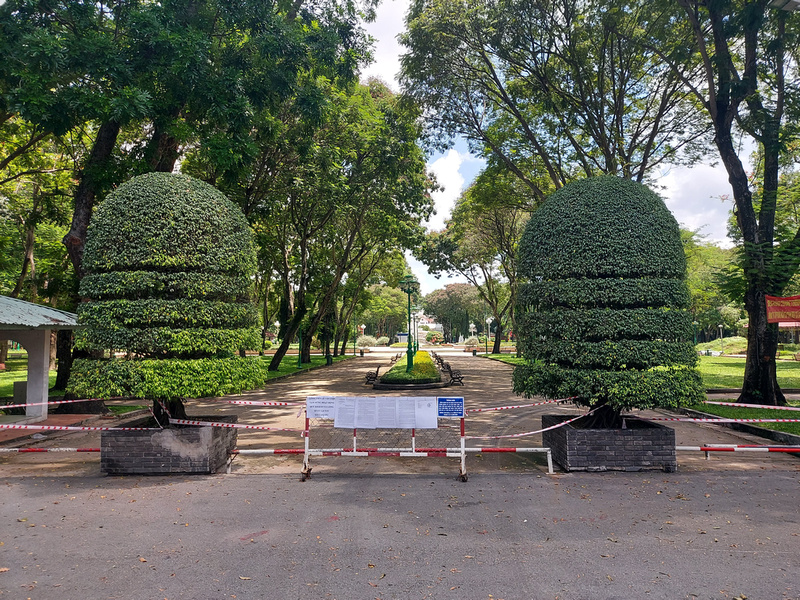 [Even the parks are closed in Saigon.]

I’ve been watching my friends in the US get vaccinated, and the overall feeling I get is that things are getting better. From the US perspective it is, but with India raging out of control, and Southeast Asia on the brink, it’s not getting better until we are all safe. Vaccination has been slow across Southeast Asia, so don’t expect international travel to resume here anytime soon. 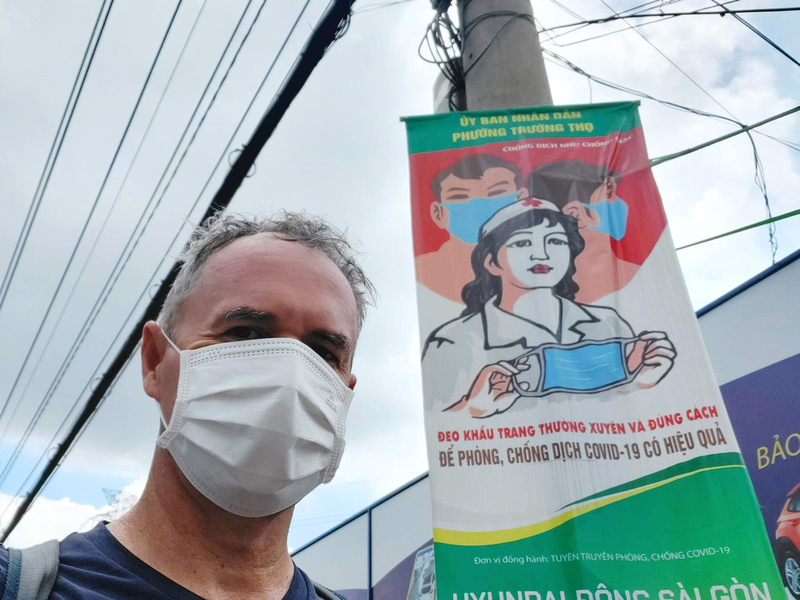 I’ve been living the good life here under the expectation that it could change any day. There is enough to do in Saigon to keep me occupied, and I’ve been happy to wander around and make the most of my time here.

One of my exploration systems is to pick a place to eat that is in a new place a good walk away. On the local news and lifestyle site Saigoneer, they run a series on small eateries hidden in alleys (hems). I saw this one about a Vietnamese woman who has been living in Thailand but has been stranded here since the pandemic. In that time she has opened a Thai eatery in one of these typical alleys that you would otherwise never find. It was great to step inside and get a little reminder of Thailand. I was in Bangkok in March 2020, which was the last time I was in another country. If I can’t travel, I can at least let my taste buds travel. There are also so many cool cafes here that I have still yet to discover. One of my favourite cafes made a bamboo charcoal latte, and by some form of voodoo it tastes like a coffee. In March this year I rebranded Living In Asia to Future Southeast Asia. I’ve never changed the domain of a website before, so I was not sure about how Google would treat this change. After over two months in the search ranking wilderness, the site is now almost back to where it was before I switched.

In Lockdown 1 last year I launched a new newsletter for Future Southeast Asia (then known as Living In Asia). Now in Lockdown 2 I’ve launched a another newsletter – introducing Europe Rail News.

While I currently feature mostly Southeast Asia travel on Nomadic Notes, there was a time in my life when I was spending most of my travel time in Europe. In the years before Nomadic Notes (pre February 2009), I was wandering around Europe for months on end. I love travelling by train in Europe, and I’ve been looking for a way to publish a site about European railways.

I had considered a Southeast Asia rail newsletter, but at this point, there isn’t a lot of content to make one. I have a Facebook group for Southeast Asia Railways if you are interested in getting related news.

Being in lockdown again and not travelling internationally for over a year has made me think about what I want to work on, and how I want to travel in the future.

I’m committed to chronicling the evolution of transport and infrastructure in Southeast Asia, but as I noted on my last trip to Osaka, sometimes I just need an infrastructure holiday. Just as sometimes I need to go to a beach for a few days, I also need time where there is a functional transport system. I enjoy visiting Japan for that reason, and the same for Europe.

While I dream about a modern railway system in Southeast Asia, at the current rate it’s unlikely to happen in my lifetime.

I used to think I wanted to live in Europe, but I prefer the tropical life now. What I do want is to be able to go on crazy one-month Eurail trips where I travel every day.

Notes on Vung Tau – A weekend at the beach of Saigon

Visiting every province in Vietnam